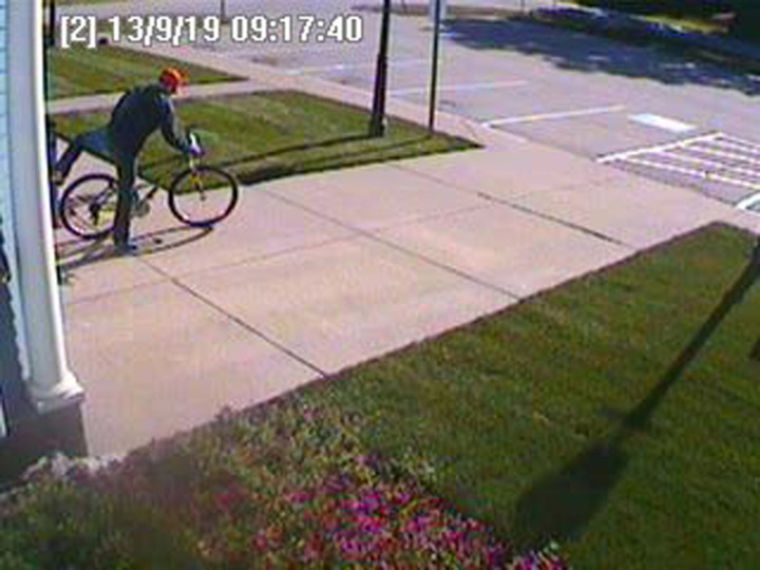 Surveillance photo shows bank robber climbing onto his bicycle to flee the scene. 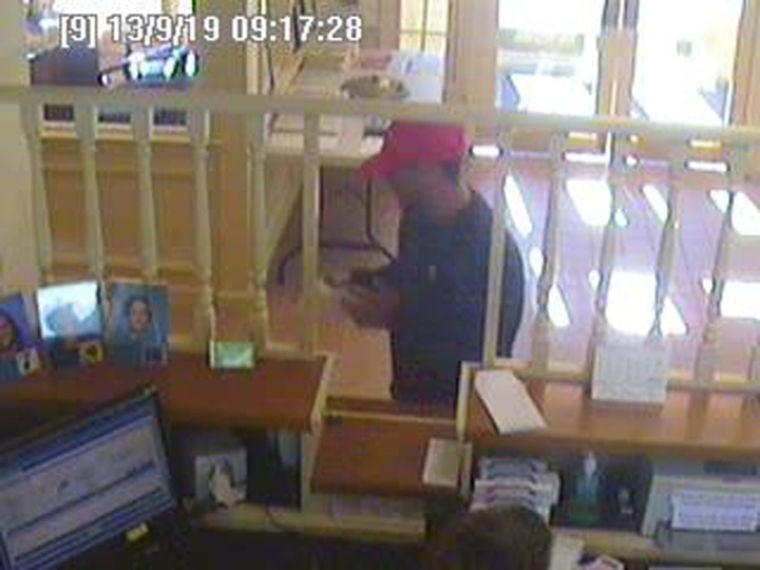 Surveillance photo shows bank robber climbing onto his bicycle to flee the scene.

This small New Hampshire town was buzzing Thursday after a man demanded money from a local bank where the police chief's wife was working as a teller, then fled on a bicycle with an envelope full of cash.

Police Chief Lawrence Streeter said his wife, Cindy Streeter, was one of three employees working at the Merrimac Savings Bank when a man rode up on a green mountain bike, leaned it against a pole and walked inside.

The robber did not brandish a gun or threaten employees before fleeing with a white envelope full of an undetermined amount of money, Streeter said.

The employees triggered the bank's alarm system. Streeter, riding in his cruiser about 2 miles away, then received a call from his wife of 34 years.

Streeter said it was the first time in his 40 years in law enforcement he's had to respond to a crime involving his wife. He said she held up well under the stress.

"You just keep your composure," he said. "We’ve had three kids, and we've seen it all."

Police were still searching for the robber as of Thursday night.

Details for this story were reported by The Eagle-Tribune in North Andover, Mass.