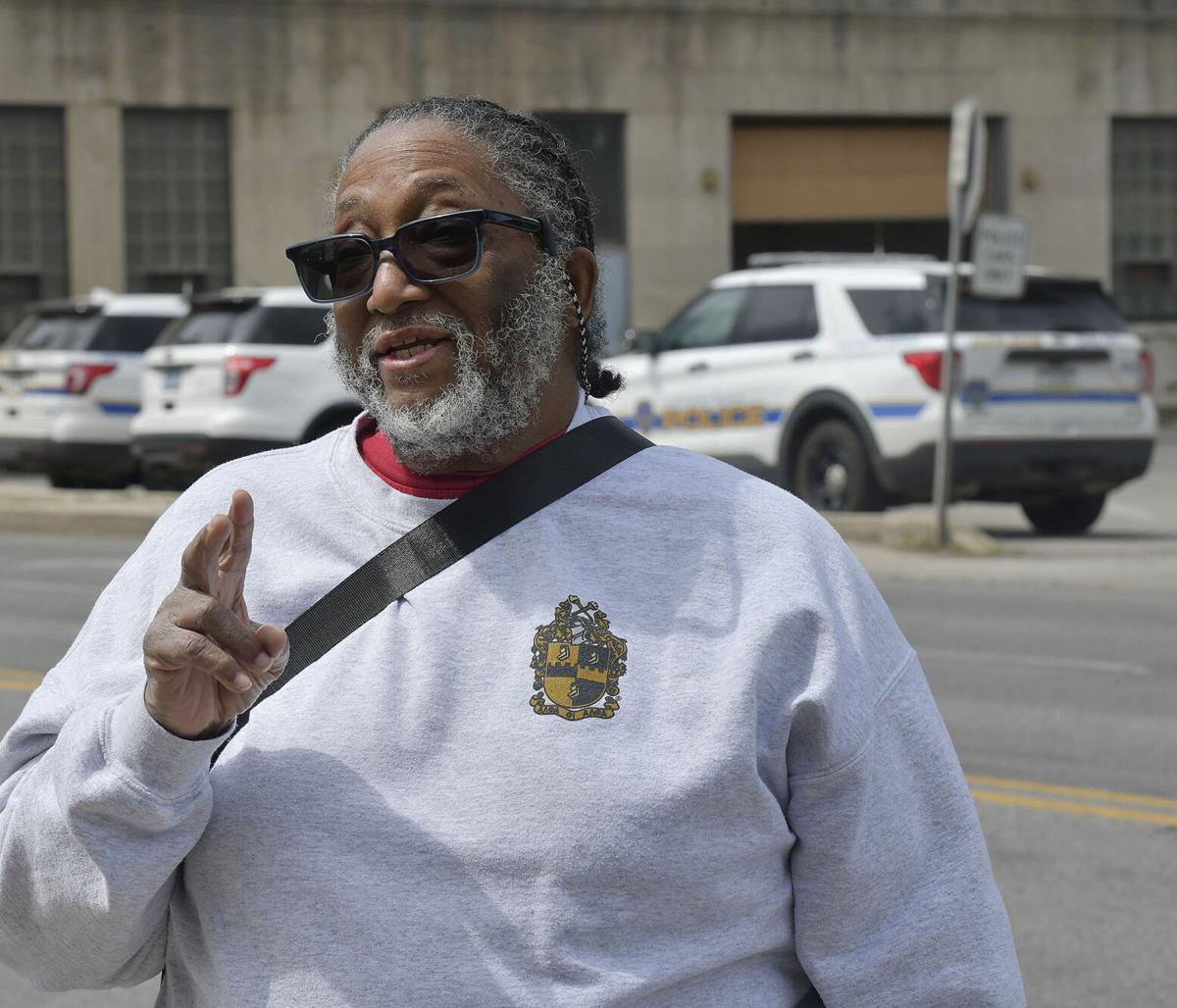 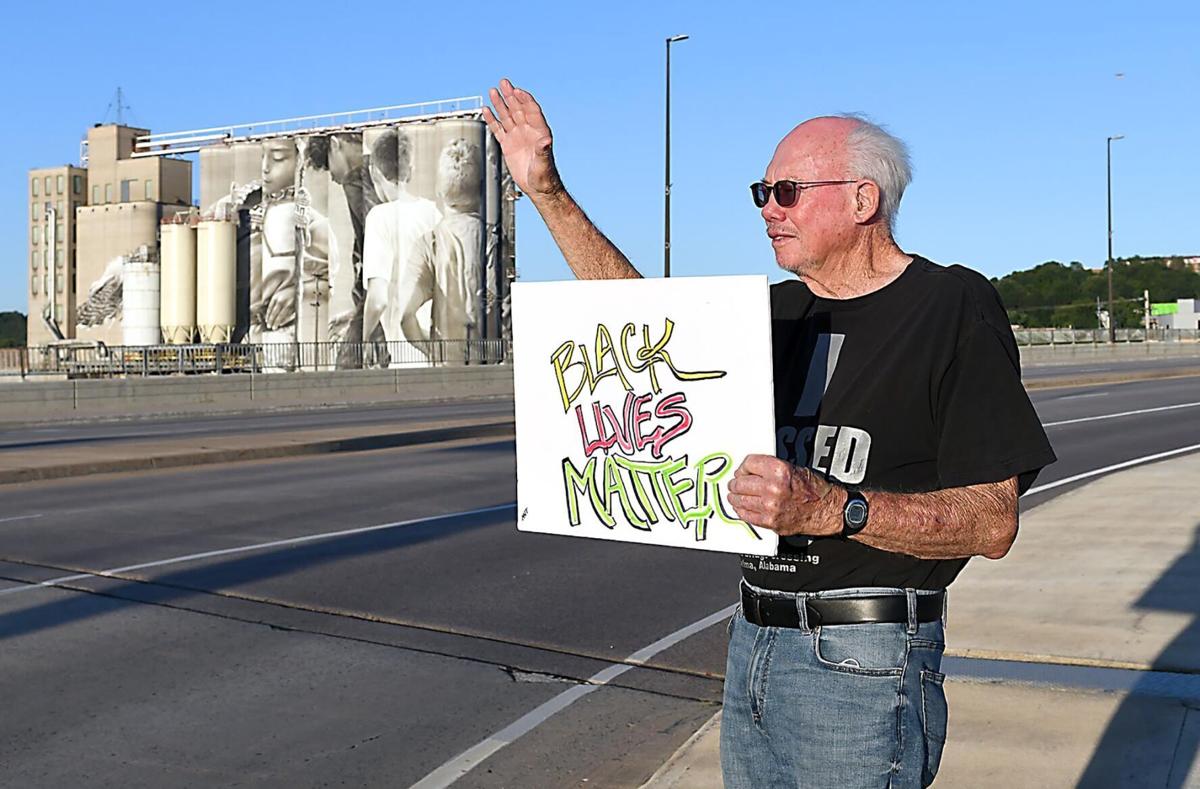 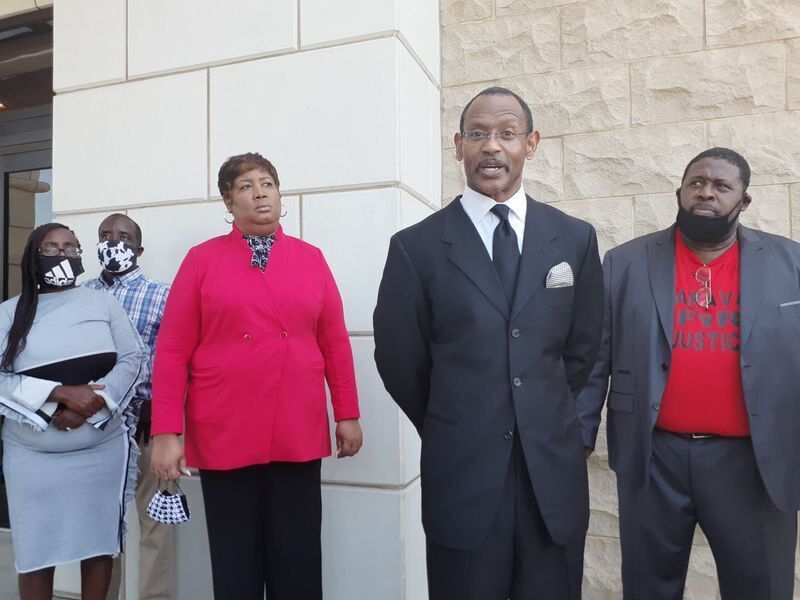 Attorney Nathaniel Haugabrook (center) at a Valdosta, Georgia, press conference last year on a local case accusing police of excessive use of force. 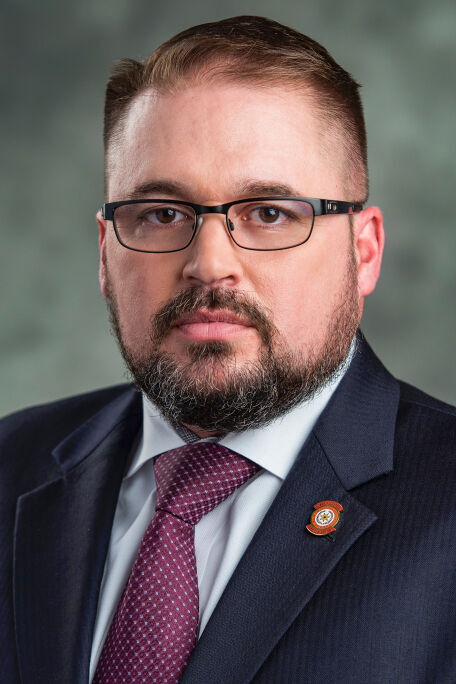 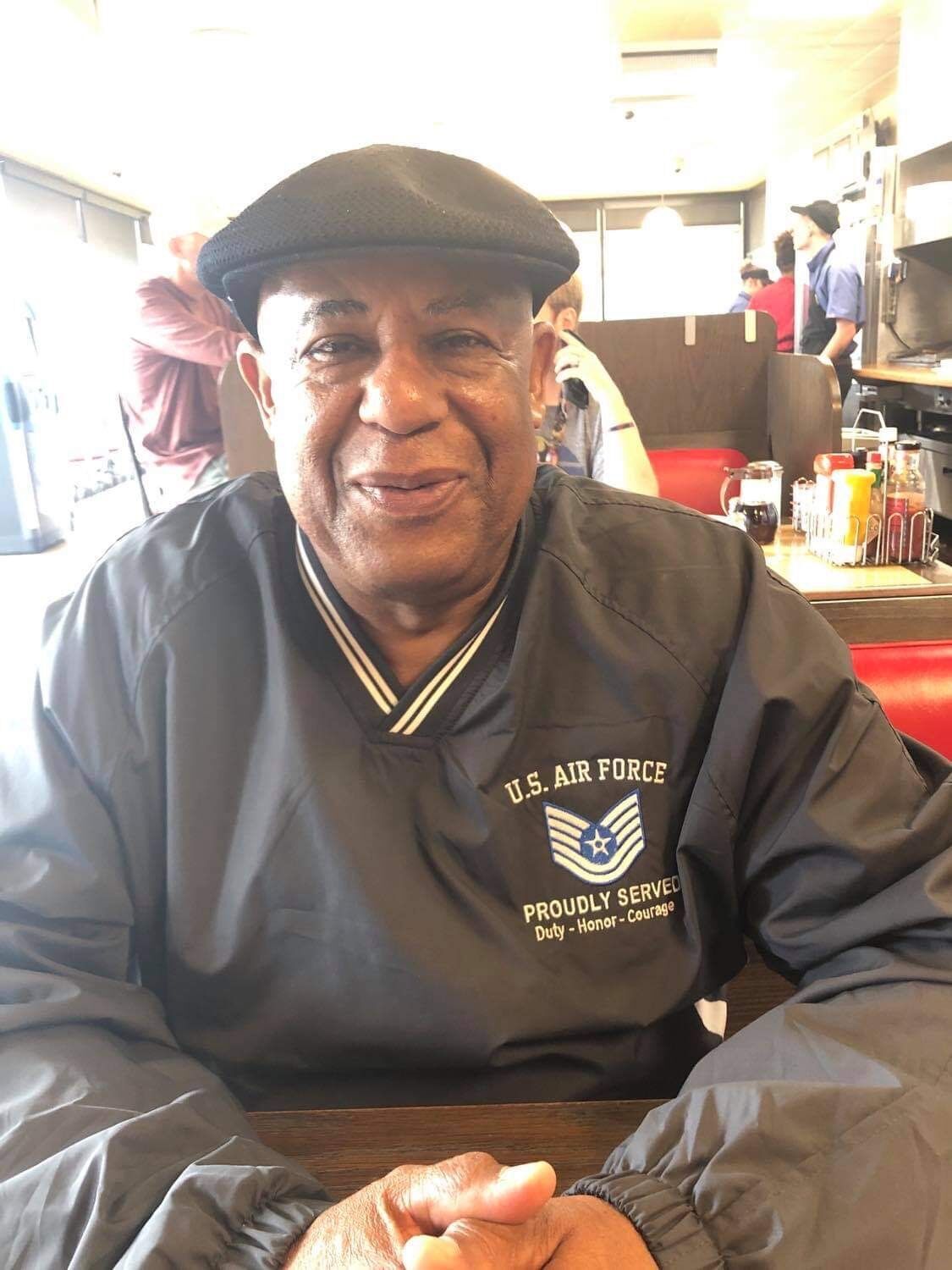 Vaugh Ward, pastor of the House of Lord Church in Chickasha, Oklahoma, is hopeful that the George Floyd case will advance race justice. 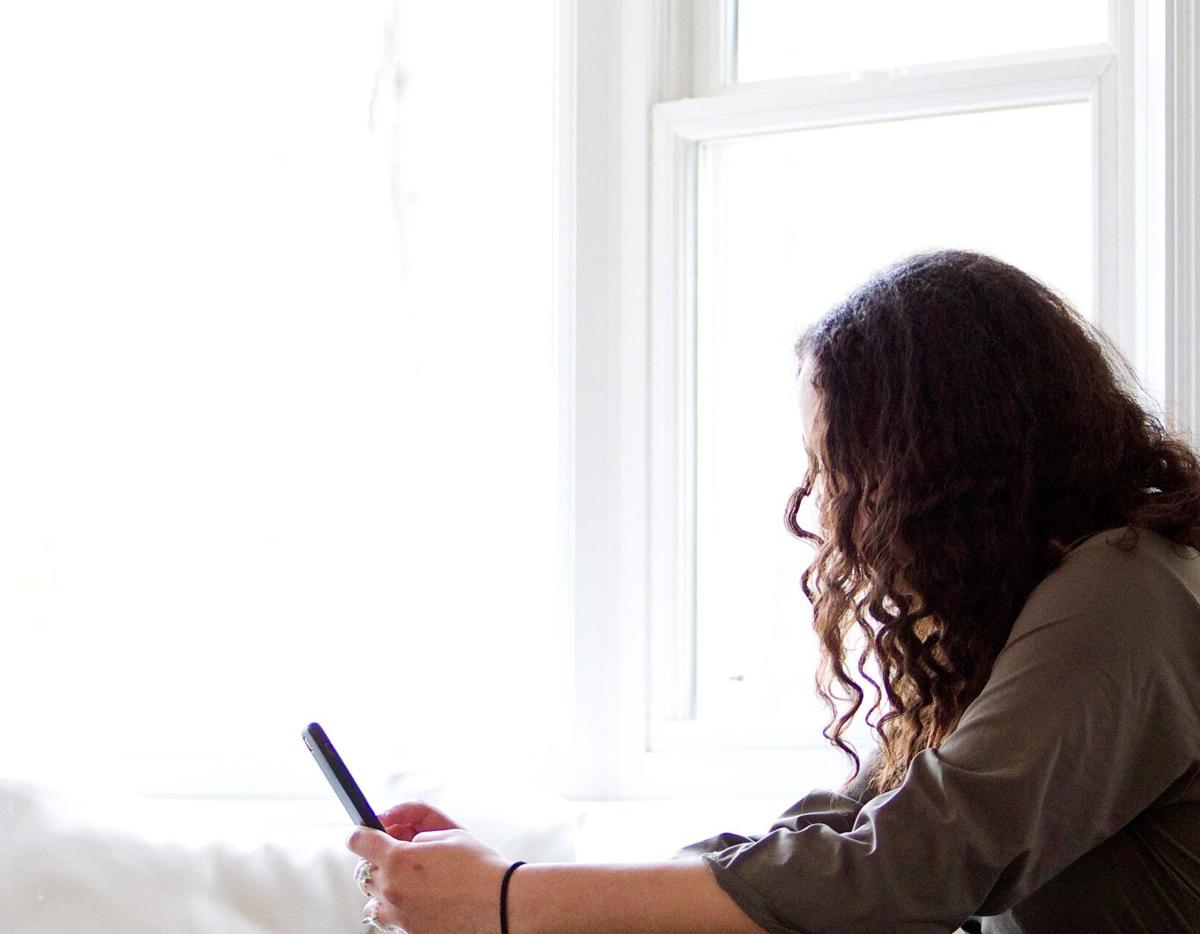 Nevaeh Wharton, 15, was victimized by some of her classmates who staged a mock slave auction on Snapchat. While angry and hurt, she responded by speaking out for increased education about racial issues. 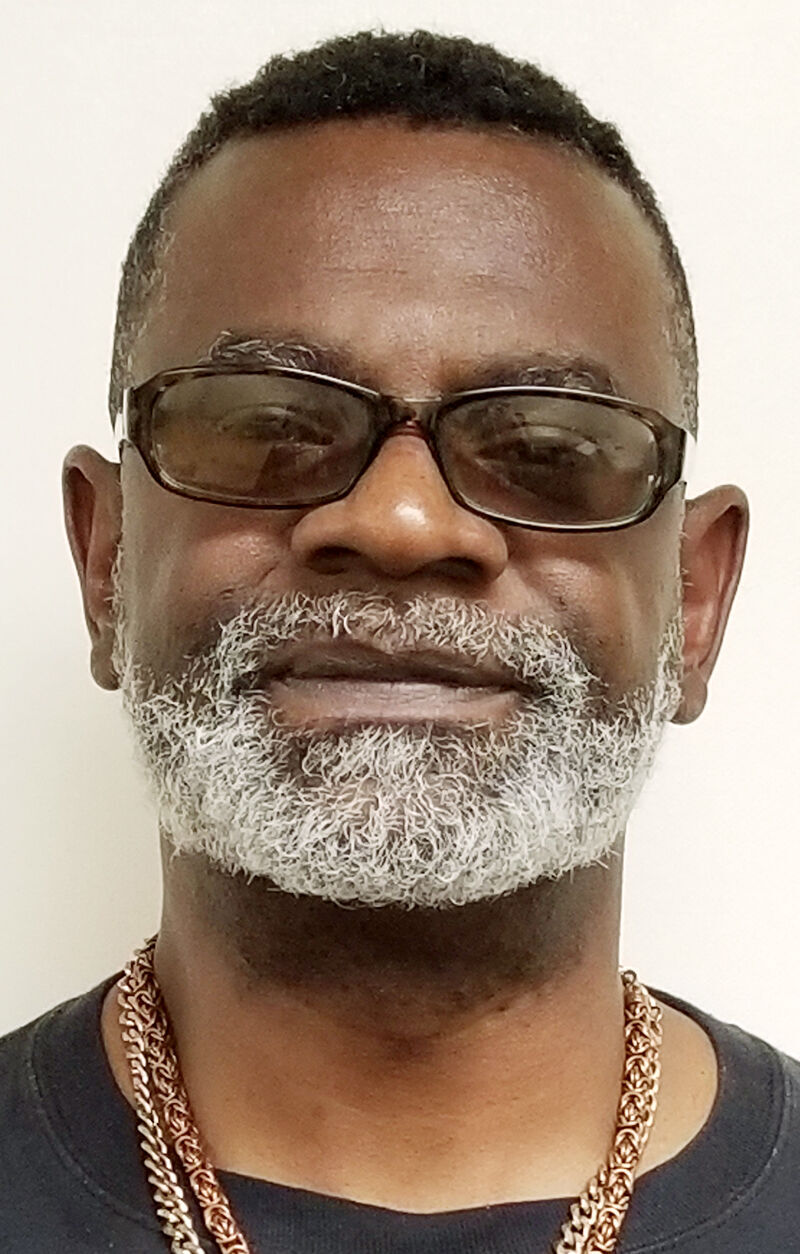 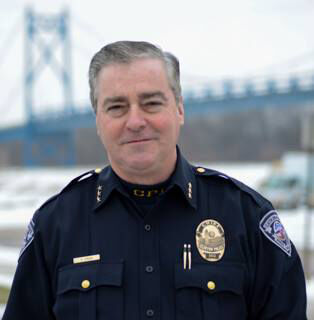 Attorney Nathaniel Haugabrook (center) at a Valdosta, Georgia, press conference last year on a local case accusing police of excessive use of force.

Vaugh Ward, pastor of the House of Lord Church in Chickasha, Oklahoma, is hopeful that the George Floyd case will advance race justice.

Nevaeh Wharton, 15, was victimized by some of her classmates who staged a mock slave auction on Snapchat. While angry and hurt, she responded by speaking out for increased education about racial issues.

“There is a difference from being Black and white when the police approach you,” he said. “There’s just no doubt. As soon as the police decide to understand their own biases and deal with them, that’s going to change every encounter, every traffic stop.”

As president of the Johnstown, Pennsylvania, NAACP Chapter, the 69-year-old Cashaw crusades against hidden biases so law enforcement and other institutions of influence become color blind.

“I really need to see some wholesale change in how we approach policing,” he said.

Cashaw was among scores of people interviewed over the past month by CNHI newspapers in 22 Midwest, Southern and Northeast states in an effort to gauge public opinion on racial justice and policing practices in light of Floyd's manner of death and former Minneapolis office Derek Chauvin's murder conviction for causing it, forcefully kneeling on Floyd’s neck while he lay face-down and hogtied with handcuffs.

CNHI conducted a companion online attitudes survey. Results of the more than 9,400 responses to the unscientific findings varied widely on whether the Floyd case made people more attuned to racial injustice (66% no) and the need for police reform (68% yes).

In addition to Floyd’s murder, persons interviewed referenced recent fatal police shootings of Daunte Wright, 20, in a Minneapolis suburb 10 days before Chauvin’s conviction; Ma’Khia Bryant, 16, of Columbus, Ohio, a half-hour after the jury verdict, and Andrew Brown, 21, one day later in Elizabeth City, North Carolina. All three were Black.

A North Carolina prosecutor ruled Tuesday that Brown’s death was justified because he used his car as a “deadly weapon” against police to evade arrest.

Nathaniel Haugabrook is an attorney with a law office in Valdosta, a majority Black city of 56,000 residents in south Georgia. He said Chauvin’s conviction relied on a unique set of facts, including egregious and senseless police conduct, captured on video and likely won’t broadly impact racial justice.

“Since the verdict, there have been several excessive force and death cases at the hands of law enforcement,” said Haugabrook, who is Black. “Did the verdict really change the mindset of how our cities are policed in this country? If so, why are such cases continuing to plague our media week after week?”

Shannon Buhl is director of the Cherokee Nation’s law enforcement arm in Tahlequah, Oklahoma, headquarters for the Indigenous tribe. He’s not convinced racial bias motivated Floyd’s death. Nor does he believe there is systemic racism in police culture.

“Racism, sexism, whatever you want to call it, should be at the end of these questions because it just rarely happens,” said Buhl. “If you tell me that police are systemic racists, how do you fix it? I would argue you can’t fix a racist. So there’s no fix. Let’s look at the stuff we can fix.”

“All these incidents only happened because there are cameras,” he said. “How many hundreds of thousands of times when there was no camera, and they took the word of the police or the DA or the medical examiner because, hey, they’re in charge. You think if they didn’t have a video of Derek Chauvin he would have been found guilty? No.”

Victor Sly, 56, is the president of the NAACP Chapter in Joplin, Missouri. He spent 20 years on the Joplin police force and is now a police officer at Missouri Southern State University. He agrees videos and police body cameras help hold some, though not all, law enforcement accountable.

“Doesn’t it amaze you that we as cops known that everything is videotaped and recorded, but we’re still doing this?” said Sly. “We really need to check ourselves.”

Despite doubters, interviews turned up cautious optimism that racial justice and police awareness will improve because millions of Americans viewed the Chauvin trial on national television, causing outrage over the deadly mistreatment of George Floyd.

Gene Biewen, a retired 87-year-old teacher, protested Floyd’s murder for five months by standing with Black Lives Matter and other supportive signs on the Veterans Memorial Bridge in Mankato, Minnesota, 80 miles southwest of Minneapolis. He’s encouraged by the Chauvin trial’s outcome and its racial justice message.

“I’ve gone from almost despair to relief and hope,” he said.

Nevaeh Wharton, a 15-year-old biracial high school sophomore in Traverse City, Michigan, said the attitudes of her generation can make a difference. Victim of a mock slave auction on Snapchat by some of her classmates, she used the gravely hurtful incident as a platform to speak out against racism and speak up for educating students about racial issues.

“If they felt like they were OK with doing that and it was in any way OK to say those things, then its poor education that makes them think that way,” said Wharton. “These topics are not discussed in school. If they are, it’s very little. We all know the issues, but we don’t talk about them.”

“If I tell you you’re under arrest and grab you and you pull away, this is an act of resistance,” said Nolan. “It opens the opportunity … to use violence and take you down quickly.”

Local governments are already adopting some of these practices. The City of Norman, home of Oklahoma University, transferred an $865,000 increase proposed for the police department to community programs, a shift in funding supported by the Norman Collective for Racial Justice.

Shawnta Solomon of Enid, Oklahoma, launched a Facebook group for the local Black Lives Matter movement in the politically conservative community. She attracted thousands of followers. Still, she has doubts.

“There have been slight improvements,” she said of racial justice. “But I really don’t see a true change” in police shootings around the country of Blacks who are not displaying or carrying guns.

So the larger question remains: Will these efforts make a difference?

Police and their advocacy organizations are open to some reforms. But they resist the notion police culture is inherently biased against people of color and thus needs to be completely overhauled. They admit to bad apples but insist that the vast majority of police adhere to policing practices based on fairness, upholding laws, serving the community and protecting the public safety.

"Law enforcement is like every other profession," said Athens, Alabama, Police Chief Floyd Johnson. "We have a lot of good men and women doing this job. But there are also some that are bad. It's like buying a basket of apples; there are going to be some bad ones along the way. Our job as administrators is to weed them out."

Kevin Gyrion put in 27 years on the Chicago Police Department, which daily deals with violent crime. Six years ago he became chief of the small town police force in Clinton, Iowa.

He said the divide between police and minority communities is often made worse by the national news media narrative that focuses on race every time there’s a conflict. He said criminals provoke it, knowing they will be supported by elements of the community who hate the police.

“It emboldens them to try to resist the police,” and thus requiring greater use of force to make an arrest, added Gyrion.  “Sometimes it takes force to enforce the law.”

Chief Robert D. Snell of the 36-member Police Department in Ashtabula, Ohio, said police interacting with all residents, no matter their race of ethnicity, is a proven way to improve racial justice and disprove racism accusations. Ashtabula, with 80 percent white residents, is located on Lake Erie 50 miles northeast of Cleveland.

“I believe strongly we have established a culture within our police that demands fairness and equality to those we serve,” said Snell, 51, who is white. “However, there are some in our community who don’t necessarily see that” despite police outreach that includes social media and expanded interaction with residents.

Attorney Marsha Kazarosian gained national acclaim in the 1990s by successfully litigating a landmark gender discrimination lawsuit against an all-male golf club in Haverhill, Massachusetts. She’s also represented victims of police misconduct. In the past, she said, questioning police conduct meant being perceived as disrespectful for the law or having an anti-police attitude.

Kazarosian said that has changed in recent years as community residents gained a voice in policing issues and practices.  She said the Floyd case underscored the  public as stakeholders in the law enforcement process.

“There needs to be a balance that is still not quite there, but that is clearly moving,” said Kazarosian. “It wasn’t that long ago it was illegal to videotape a police officer who was taking action on duty.”

Vaugh Ward, the Black pastor of the House of Lord Church in Chickasha, Oklahoma, summed up the reality of both the doubt and hope of public sentiment.

He still gives his sons “the talk” on how to act if confronted by police. Yet he's also encouraged the George Floyd case will stimulate racial justice progress.

”Everyone,” said Ward, “needs to step back from the edge of the cliff.”

Bill Ketter is CNHI’s senior vice president of news. Contact him at wketter@cnhillc.com.

When it comes to racial relations both in county and nationwide, conversations can go a long…