Early voting ahead of the Tuesday general election is done, when Mineral Wells residents will cast the final day’s ballots and decide the fates of three bond propositions.

The three propositions total $17.26 million, and voters can approve, or reject, any or all three. Below is the language of the three propositions, but first we thought we would offer one last set of bond questions and answers, some that those going to the polls on Tuesday might still have.

QUESTION: The City Hall proposition (purchasing and renovating the former Bank of America property) includes $500,000 in improvements to the current city hall and annex for the public safety (police and fire/EMS) and other offices that would remain there. City Council has discussed possibly bringing forward a second bond package as early as next spring that could include a proposition to build a new public safety building. Would the half million dollars in work take place on the current facilities before a decision or vote on a public safety building?

ANSWER: City Manager Lance Howerton said should the City Hall proposition pass, the city would not receive the bond proceeds until February or March at the earliest. Planning, contracts and work would then soon begin on the bank property. That project, he said, would be completed before any work is done on the current City Hall and annex.

“Those dollars would be spent at the end of the project, if for no other reason you would not be able to move all of the functions out of City Hall or the annex building to do those renovations until the (new) City Hall is complete,” Howerton said.

The new City Hall project would take an estimated 12-18 months to complete. By then, residents might have already decided whether to build a new public safety building – before any renovation dollars are expended.

“You would certainly know that well before (completing) the Bank of America building,” Howerton said. “All of that would be known.”

That means if the public approves the City Hall proposition on Tuesday, and next year approves a new public safety building, it is likely no dollars would be spent on renovating the current municipal administration buildings. If so, that approximately $500,000 earmarked for renovations could go to debt repayment. Those dollars could not be used on another capital project. 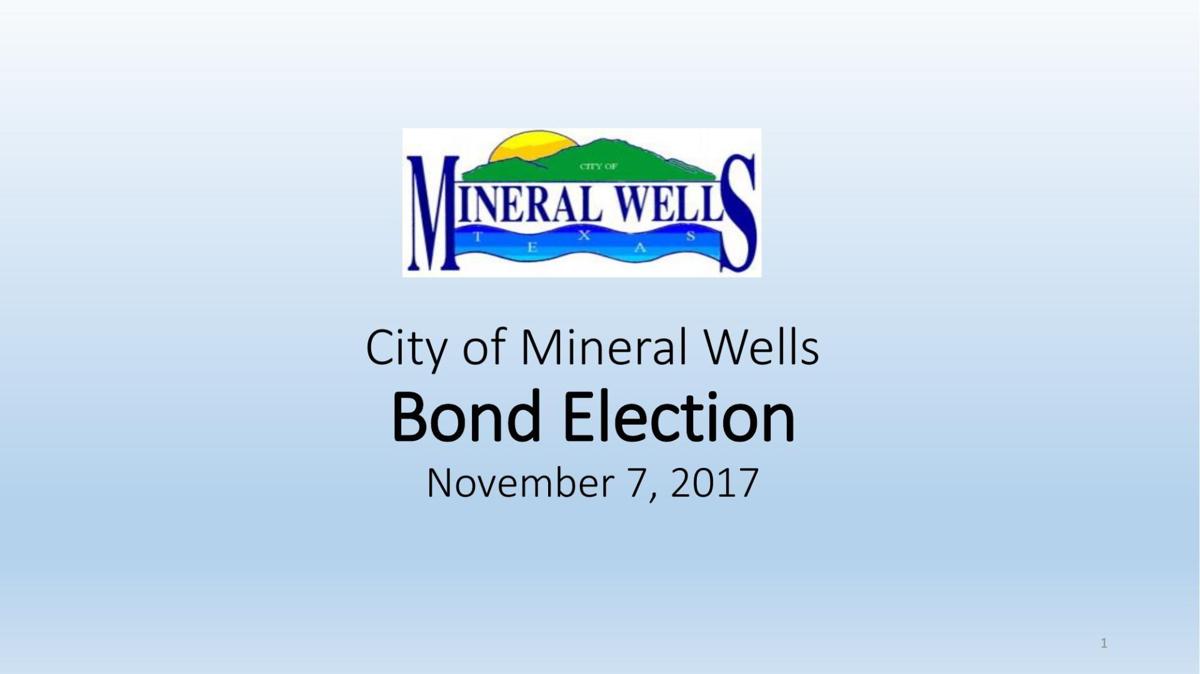 QUESTION: As the city begins to see economic development growth, such as the new AMR plant, the relocation of Brazos Valley Spring Water and other economic development gains on the horizon, along with property investment and redevelopment already taking place downtown, how would growth in the city’s tax base – both property and sales tax revenues – potentially impact the projected bond and utility costs and impacts? Could the projected property tax and utility rate impacts to property owners and water customers actually decrease in the event the city’s tax bases grow in the coming years?

Property taxes are used to pay off certificates of obligation, however growth in sales taxes impact property tax rates. That was seen on the negative side when sales tax revenues cratered with the 2009 national economic crash, and the city council then enacted a substantial property tax hike increase to make up those revenue losses.

The available amount of sales tax revenue has continued to decrease in recent years, some for reasons described previously including the reimbursement to the state for the comptroller’s overpayment error, and the 4B sales tax reallocation approved by voters in support of the Baker Hotel project and economic development. That has factored into recent increases in property tax rates, along with key economic losses beginning with the closing of the private prison to the loss of Baker Hughes.

Essentially, growth in the those revenue sources could certainly lead a future council to pass that windfall to property owners in the form of lower rates while still meeting bond repayment obligations.

What voters are given today is based on today’s conditions and known factors. But conditions could certainly improve, giving a council the opportunity to lessen the financial impacts of any bond authorizations.

“We base the tax rate impacts and the water rate impacts on current, existing conditions,” Howerton said. “Generally, we feel that is the worst-case scenario that our citizens can look forward to.”

In other words, the projected cost impacts of the bonds should not go higher – and they could be lowered should local economic conditions continue to improve.

“You can make the argument that as your tax base grows, and your water revenues grow, they can decrease (the bond impacts) over time,” said Howerton. “You want to be careful making assumptions about the future. We wanted to give the citizens a context for their decision based on what we know today, and not assume these impacts will be lessened over time. This is what we know today. If it’s better, then it is better for everybody.”

QUESTION: Why were more streets not included in this bond package? What is the plan for addressing more street repairs in the future? How would failure of this street and utility bond package impact attempts at future repairs of other streets, if at all?

ANSWER: The requested $7.5 million bond approval for the listed streets and related utility improvements will accomplish just under 10 miles of repairs. Consider the city officials have said there are some 141 miles of city-maintained streets – and few would argue that practically every block in this city is need of work.

Reconstruction of a city block – paving and curbs – costs about $50,000. That does not include any utility repairs or upgrades.

The streets selected are, by the city’s own admission, not the worst streets in town. They are ones with higher volumes and greater visibility – collector and arterial streets. The plan would be to propose another streets bond package in two-to-three years as work on the first sets of projects are completed.

For this proposition, council settled on projects they believed would have the most impact, within property and utility rate impacts they felt residents could handle.

QUESTION: Please explain again why – with approvals of the previous and current city councils – the city moved ahead with the expenditures of approximately $75,000 to study and enter into a purchase agreement on the bank property? Could the city have asked voters to approve the bond funds first, then decide whether to purchase the bank property or build a new city hall? Why was this property so attractive to the city?

ANSWER: “The reason we approached this the way we did, we would not be able to go to the public and ask them to buy a building without knowing its condition or whether we could use it,” said Howerton. “We wanted to take a very deliberate approach so we could have trained professionals to make a determination whether the building was in a condition that we could use the building.”

Part of the study was to determine whether the police department functions could be combined with the city’s administrative needs, and it was determined the property would not accommodate both.

“We did go in with the idea we would have the police department as well as admin go in the building and it was not a good fit,” Howerton said. “The building wold not accommodate those different functions.”

Howerton said the city could not pitch a bond to voters that would include options to either buy and renovate the former bank property, or if that wasn’t feasible build a new City Hall because of too many unknowns – like where a new City Hall would be built.

“You really can’t go to the public until you have the full package,” Howerton said. “We wanted to do our due diligence. This was an opportunity that presented itself and we wanted to examine the opportunity. If not, the public has the right to make that decision as well.”

The early votes are cast. Now it comes down to Tuesday’s balloting in Mineral Wells and across Palo Pinto County to decide several issues on the Nov. 7 general election, plus seven proposed amendments to the Texas Constitution.