Early voting for a specially called election to fill Sen. Pat Fallon’s Texas Senate District 30 seat kicks off Monday, and registered voters can choose one of six candidates on the ballot — five Republicans and one Democrat. 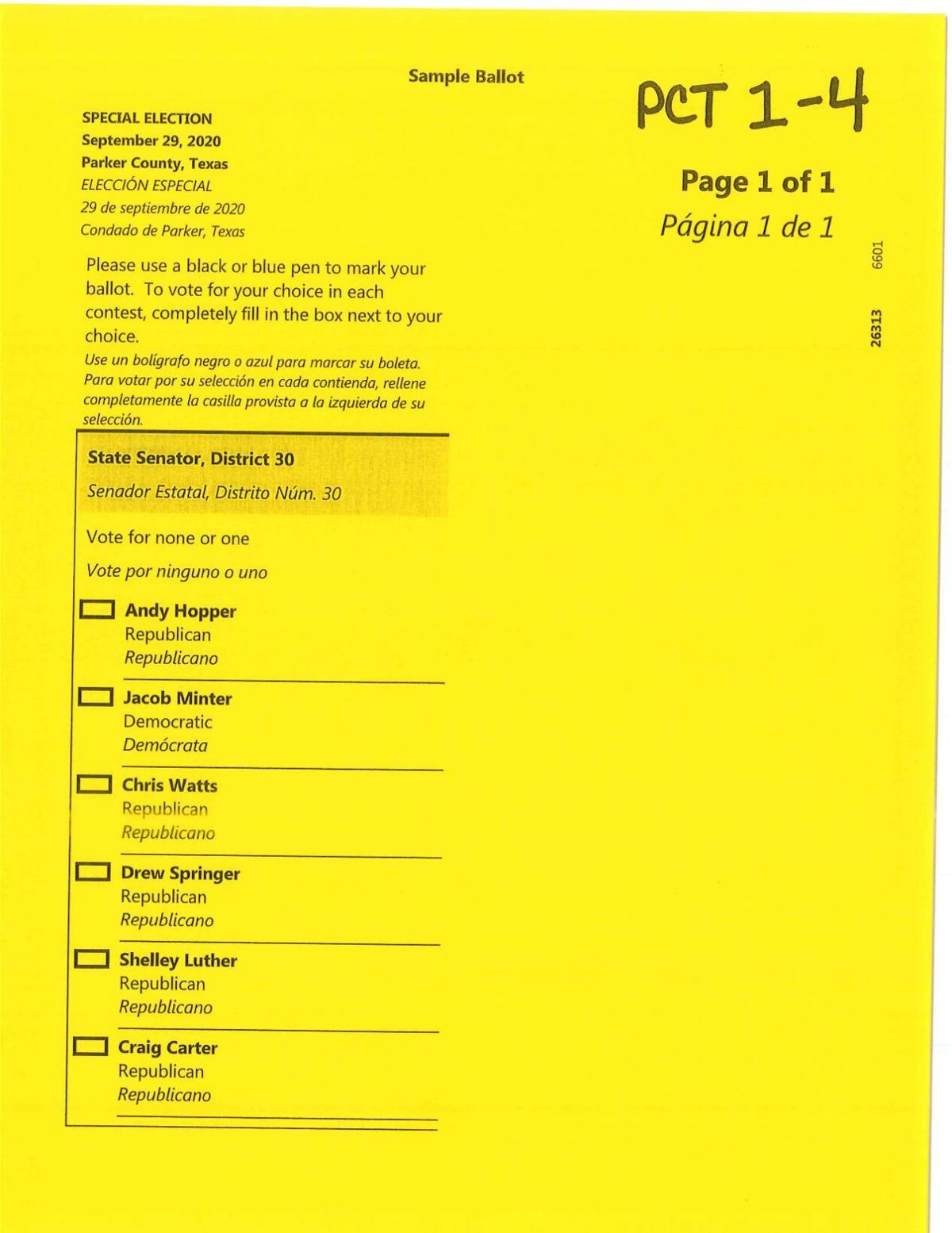 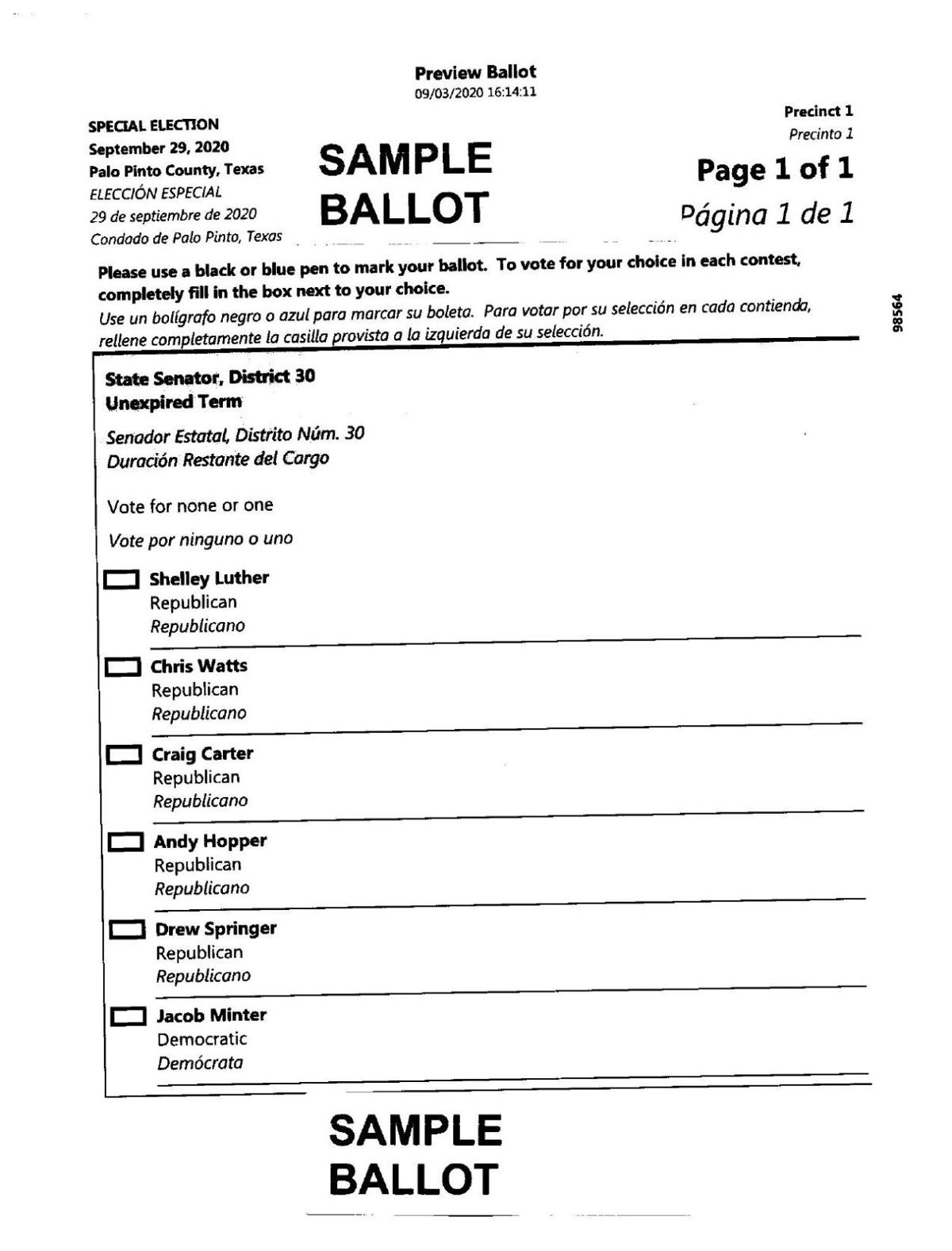 Curbside voting is also available for voters who are physically unable to enter the poll site. Contact the Palo Pinto County Elections Office at 940-659-1217.

Last month, Fallon, R-Prosper, received the Republican nomination for the 4th Congressional District in the U.S. House of Representatives, leaving his current state seat open. Fallon is replacing John Ratcliffe, R-Heath, on the November ballot after Ratcliffe was named the director of national intelligence.

With the exception of the U.S. citizenship certificate, which does not expire, the acceptable photo ID must be current or, for voters aged 18-69, have expired no more than four years before being presented for voter qualification at the polling place.

A voter 70 years of age or older may use a form of acceptable photo ID listed above that has expired for any length of time if the identification is otherwise valid.

Voters who do not possess and cannot reasonably obtain one of the seven forms of approved photo ID may fill out a Reasonable Impediment Declaration form and provide a supporting form of identification.

Allowable supporting documentation are: a government document that shows the voter’s name and an address, including the voter’s voter registration certificate; a current utility bill; a bank statement; a government check; a paycheck; a certified domestic birth certificate; or a document confirming birth admissible in a court of law which establishes the voter’s identity, which may include a foreign birth document.

If a voter meets those requirements and is otherwise eligible to vote, the voter will be able to cast a regular ballot in the election.

Voters can check their registration status on the secretary of state’s website at https://teamrv-mvp.sos.texas.gov/MVP/mvp.do.