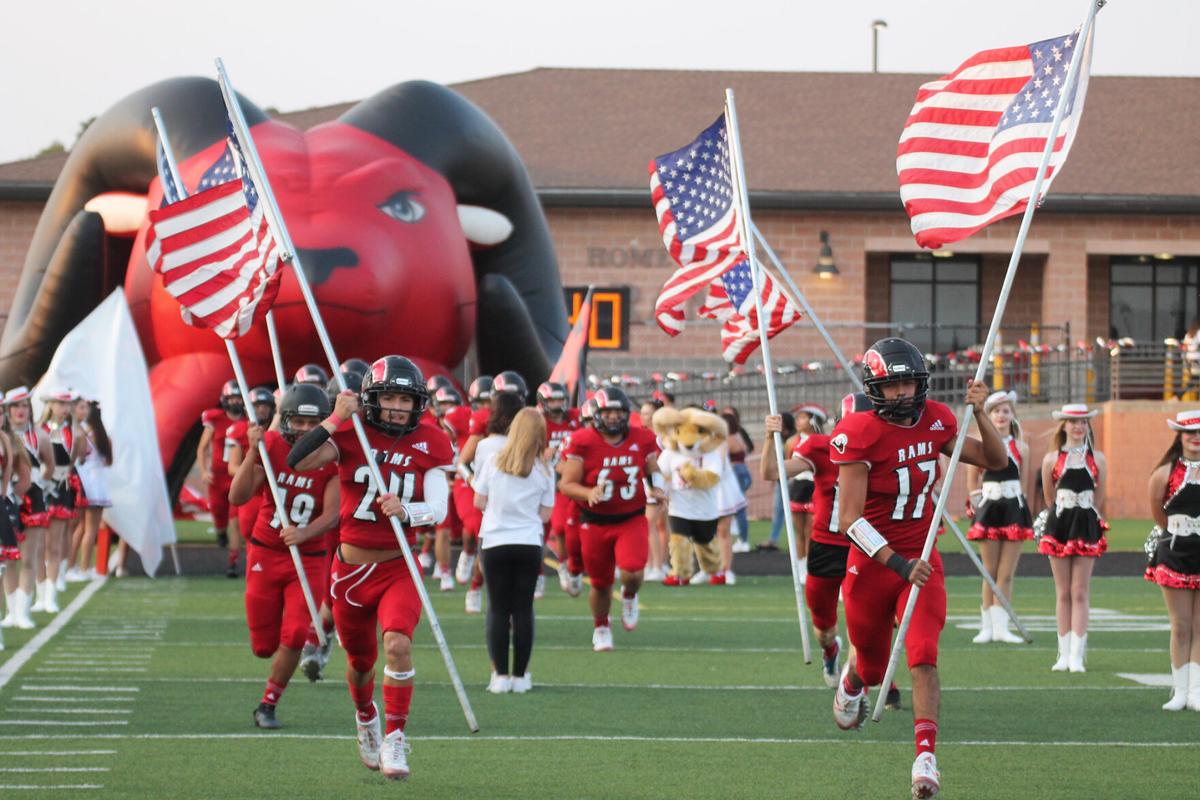 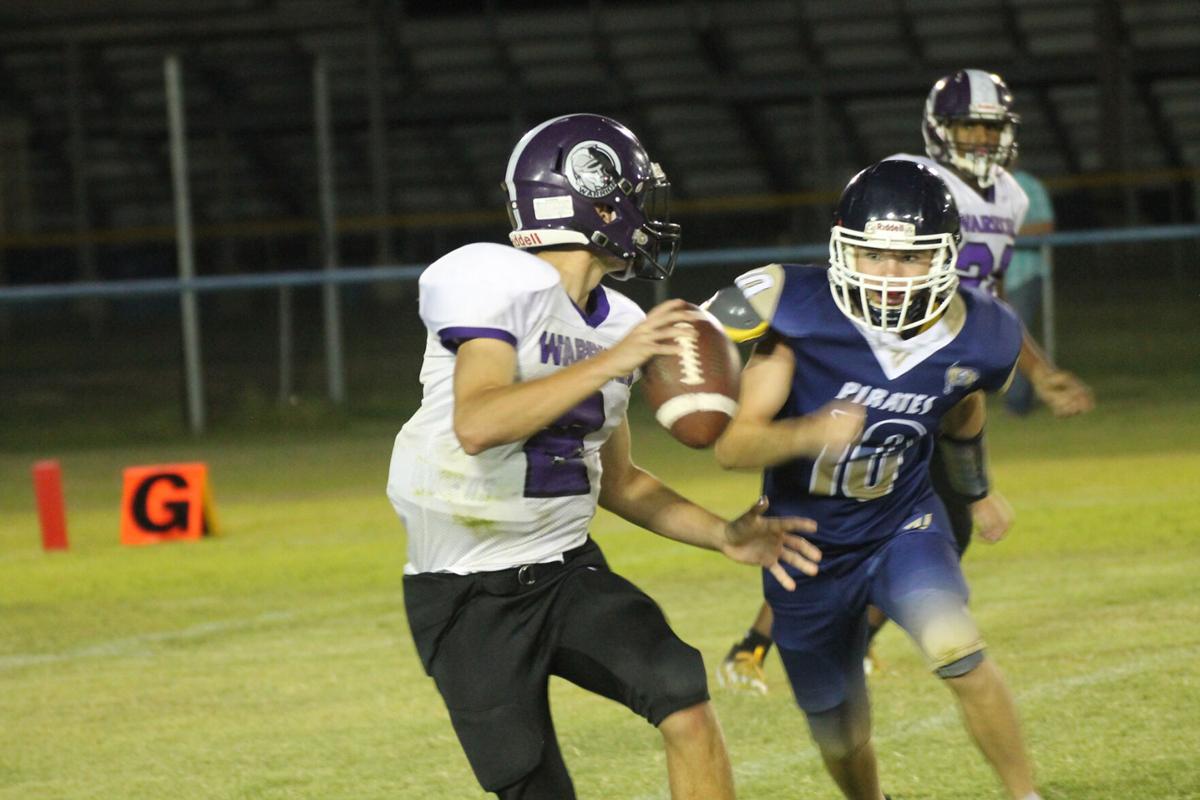 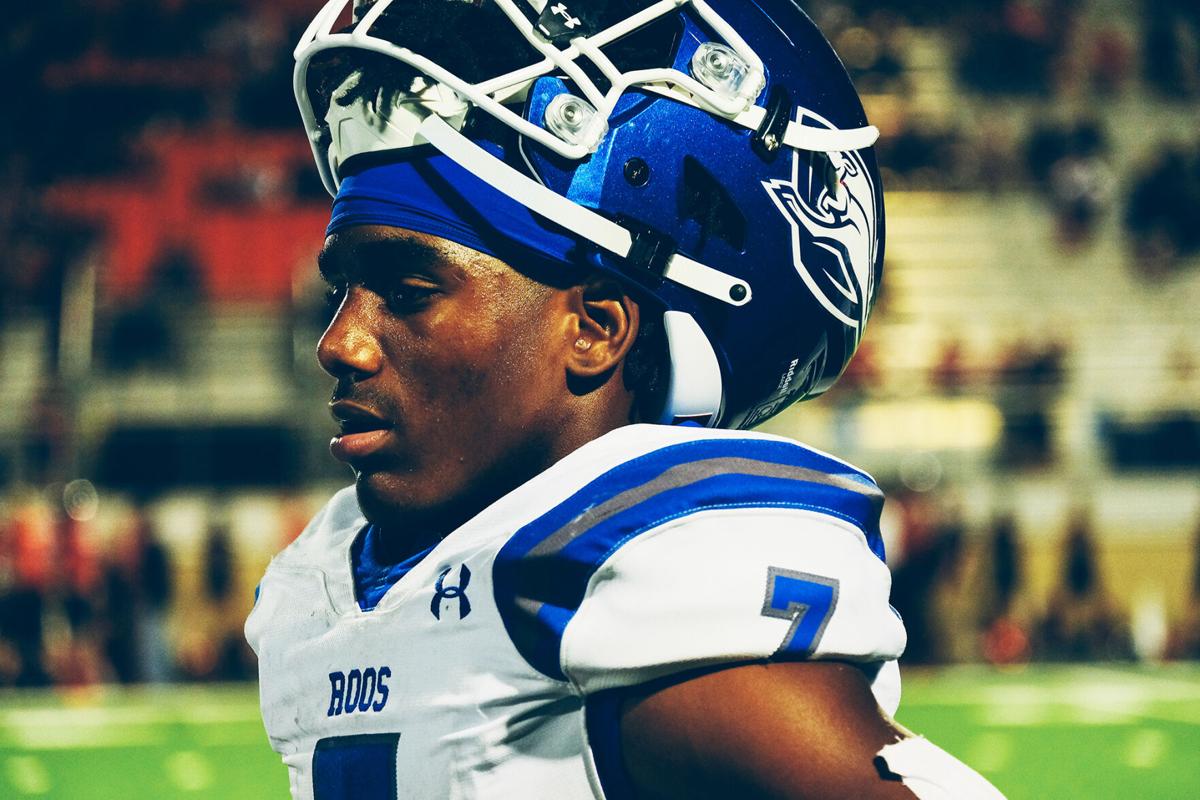 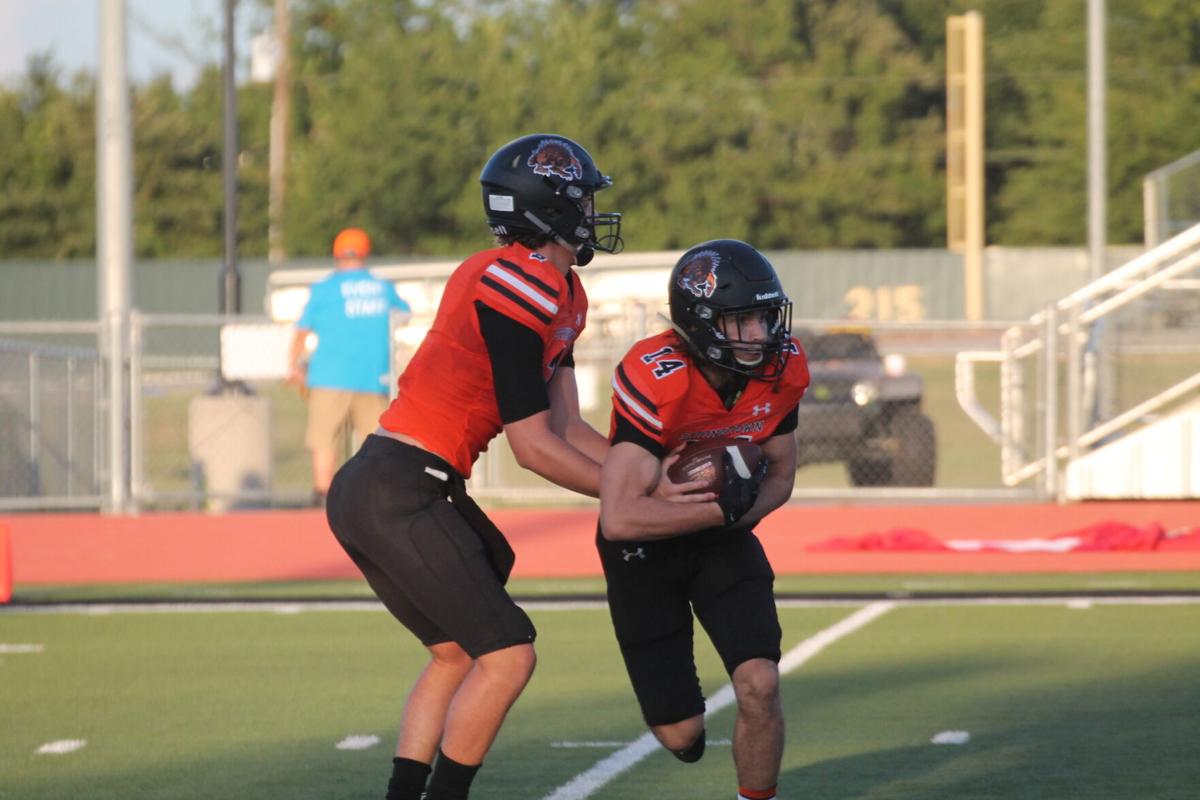 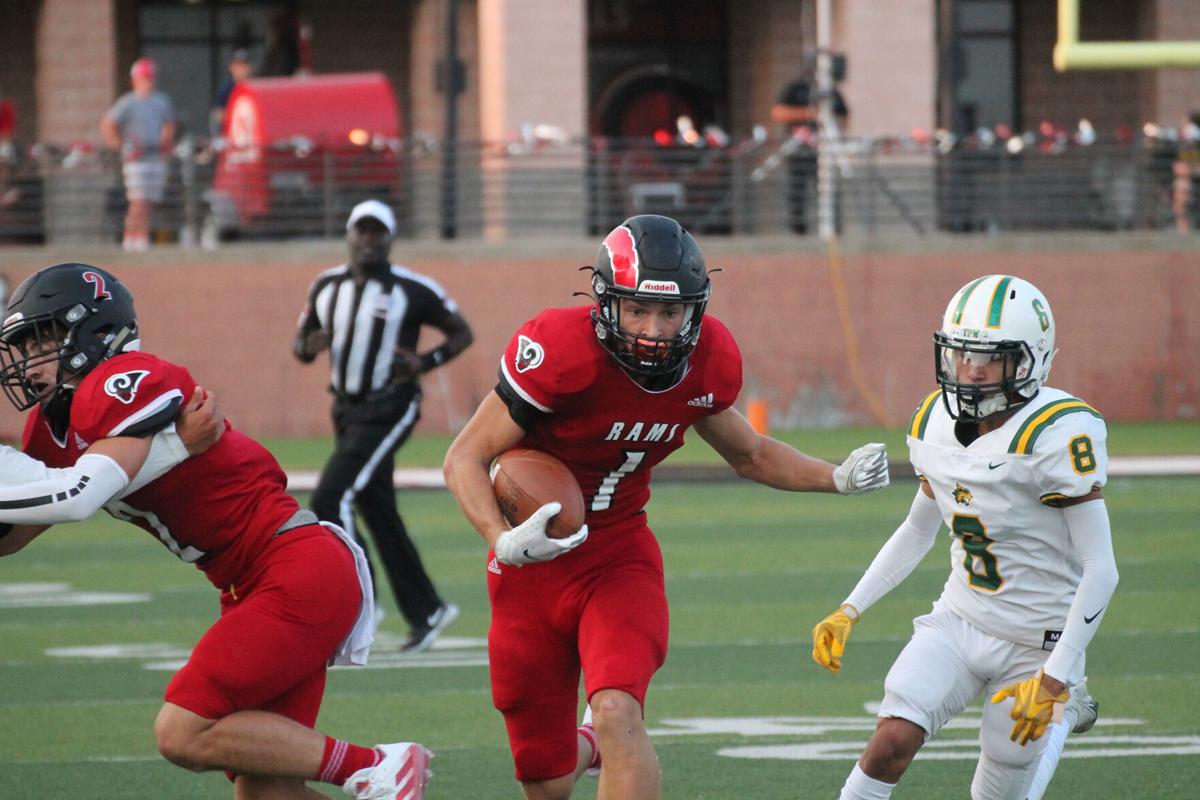 Tristan Gray was a workhorse for the Rams in the first half of their win over Benbrook. 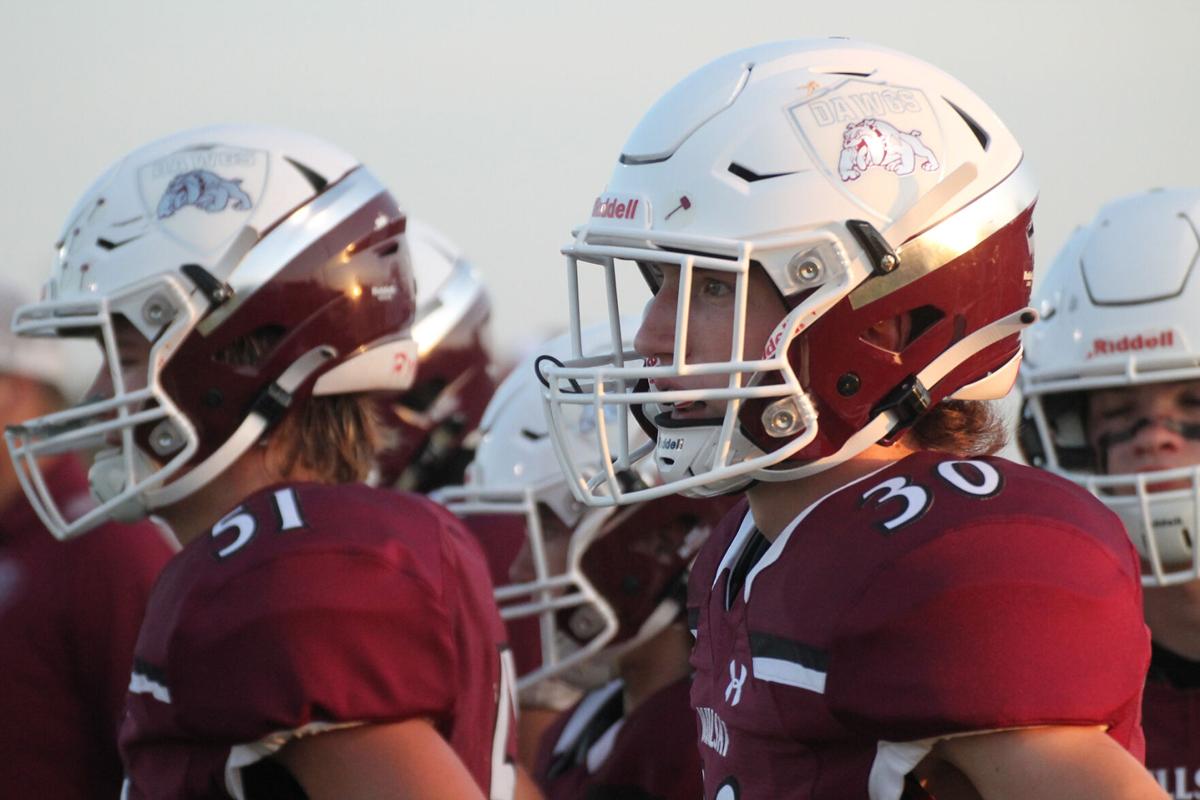 When the Mineral Wells Rams came running out onto the field Friday night, several of them carried American flags, a tribute to those who perished in the 9/11 attacks 20 years ago.

Following the playing of the national anthem and a moment of silence, the Rams wasted no time showing off their prowess against Benbrook.

Running back Tristan Gray seemed to find all the holes, scoring two touchdowns in the first half to propel Mineral Wells to a 28-8 win, and a perfect 3-0 record to begin the season.

The Weatherford Roos came to battle, and went toe to toe with Cleburne in a nailbiter that came down to the final minutes.

The Kangaroos held a narrow lead when halftime came, up 34-28.

Cleburne tied it up to being the third, but Weatherford's Melvin Polk scored on a 49-yard scamper.

Cleburne led 41-40 to begin the final quarter, and each team's quarterback traded a touchdown, with Ryan Clark adding a two-point conversion for a tie at 48.

The Yellow Jackets took the lead on an 11-yard completion with 21 seconds remaining to seal it.

Facing some familiar foes, the Community Christian Warriors traveled to nearby Perrin-Whitt.

The Warriors, true to their name, overcame some injuries to two of their starters in the first half — one on the first play of the game — and led 28-22 at halftime.

The two teams traded blows in the third quarter, with a touchdown by CCS's Lazary Hellams to make it 36-34, with the Pirates on top.

Perrin-Whitt found its second win, however, with Connor Ford intercepting a pass and running it back to the end zone. The Pirates would go on to win, 78-34.

Aledo made its game against Arlington Heights look like child's play.

The Bearcats blanked the Yellowjackets, 64-0 to remain perfect.

The Porcupines stormed back to win a thriller against Waco-Connally.

Springtown trailed by eight at halftime, rallying back in the second half to edge the Cadets, 30-29.

After suffering a tough loss last week, the Millsap Bulldogs stormed their way back into the win column, defeating DeLeon, 45-20, in convincing fashion.

The Bulldogs (2-1) never wavered, holding a commanding 27-0 lead at halftime.

The Peaster Greyhounds stayed perfect, picking up their third win of the year with a 40-28 lashing of Trinity Valley.

Gunner McElroy threw for three touchdowns, one interception and 316 yards. Tramar Gilbert was held to 92 yards rushing, but still managed a touchdown and a touchdown reception.

The Santo Wildcats haven't had much trouble with opponents this year, proving the case once again with a 46-6 win over the Itasca Wampus Cats.

The Wildcats are now 3-0 on the season.

• Weatherford Christian was scheduled to play Trinity Christian (Lubbock) but the game was cancelled due to COVID.