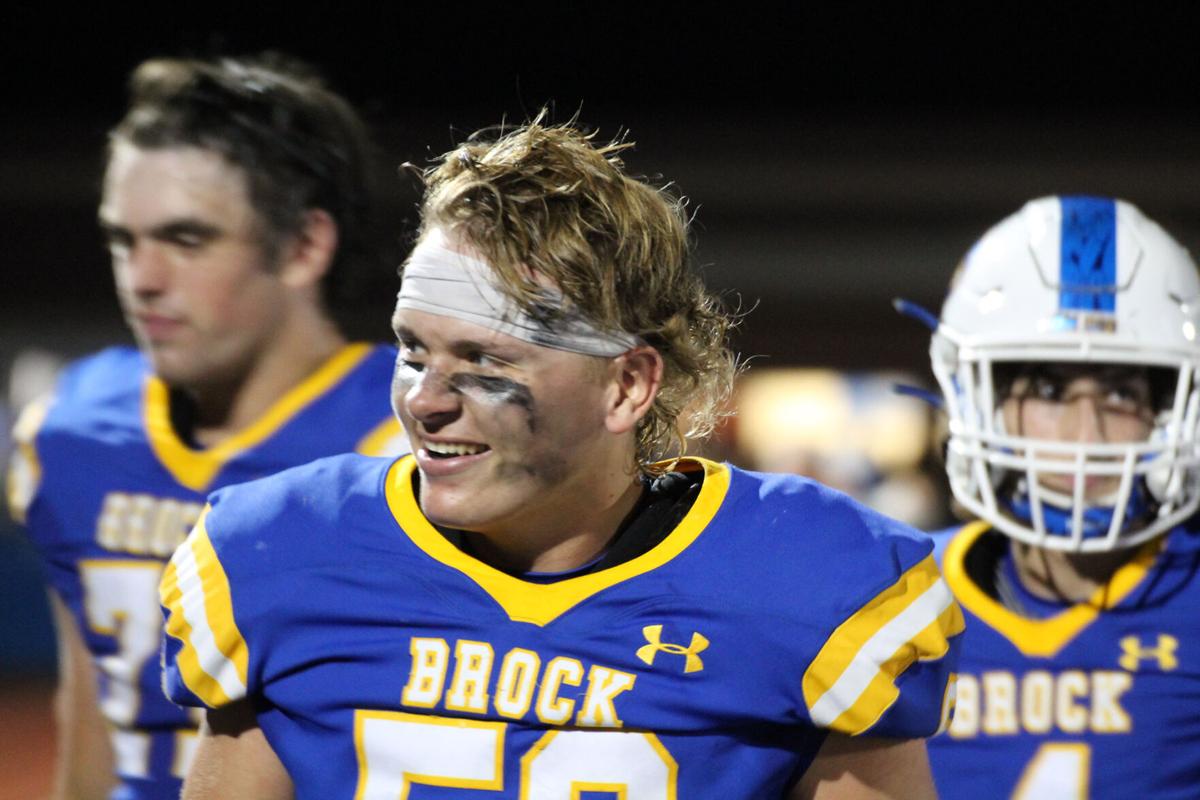 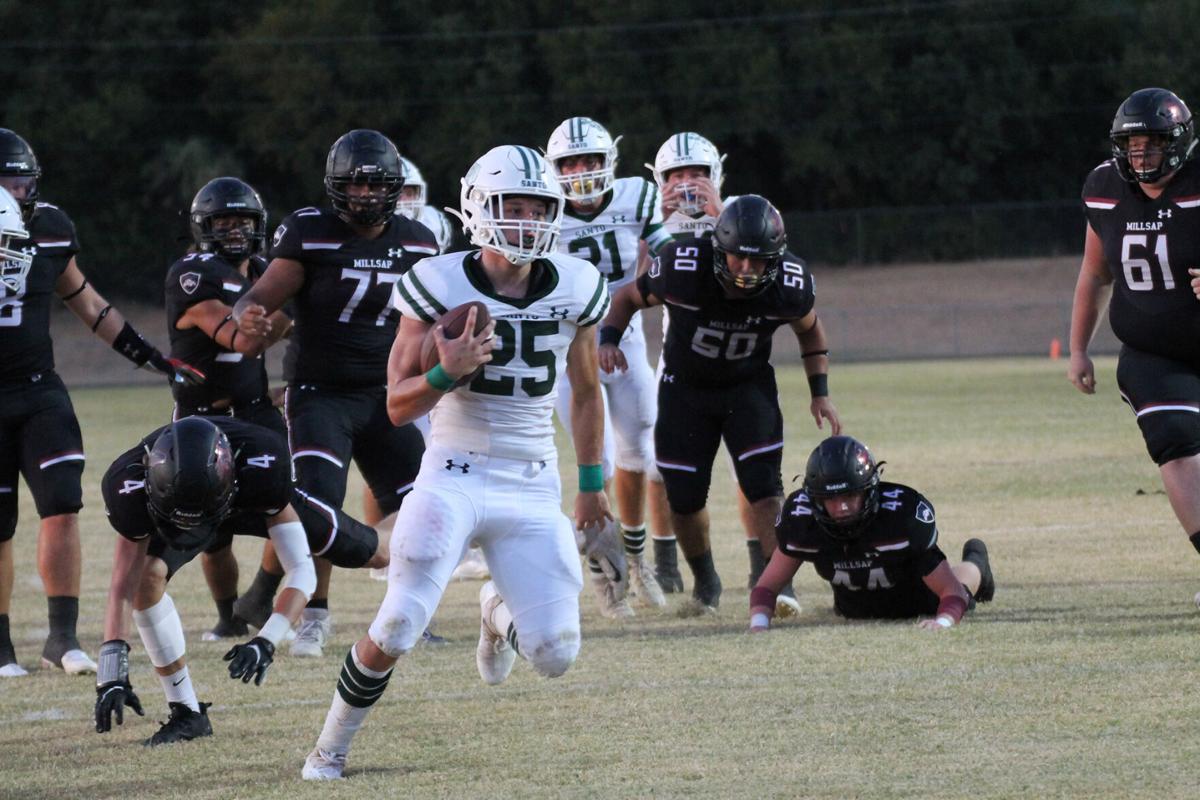 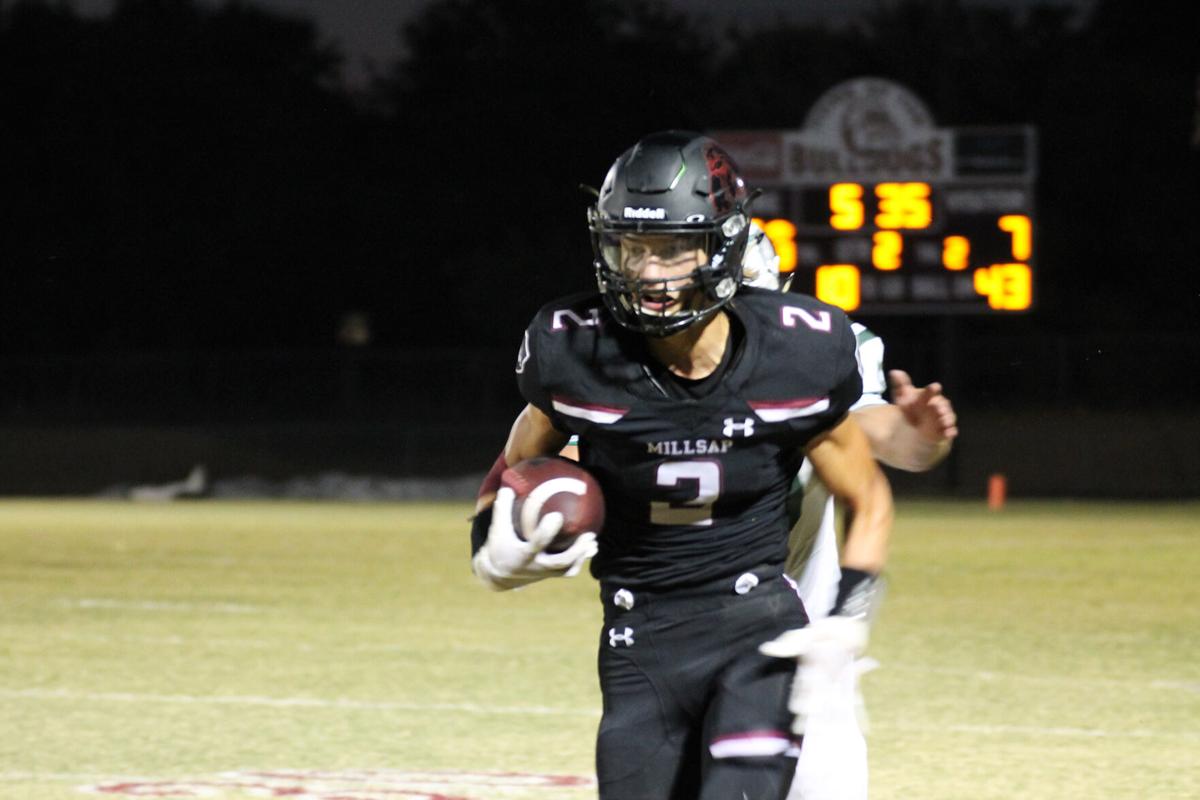 The Brock Eagles had the game pretty much locked up by halftime, leading 40-6.

Still, the Eagles gave the Bowie Jackrabbits all they could handle — and then some — scoring on their first drive of the second half, a pass from Tyler Moody to Nathan Jones.

Brock scored again just a few minutes later, this time on a 65-yard run by Kutter Wilson, and added insult to injury on a touchdown run by Jake Lindberg right up the gut. That point-after kick made it 61-6, with a full quarter still to go.

The Eagle defense was stifling all night, allowing a mere 54 yards of offense to Bowie.

The Bulldogs had their sights set on ended Homecoming night with a victory.

Santo scored the first TD of the night, and led 7-0 after the first quarter, but Millsap roared back.

Carter Nairn's reception from brother Lawson Nairn narrowed the lead to 7-6 after a missed kick, but the Bulldogs tacked on another score a few minutes later, this time a Lawson Nairn completion to Isaac Bourdelais.

The extra point made it 20-7, but Santo wasn't done — Sam Henderson barreled his way into the end zone from three yards out, and Millsap's lead was cut to a touchdown.

The Wildcats made up the difference in the third quarter, scoring 16 to Millsap's 6, and each team would score a touchdown in the fourth before the final horn.

The Rams suffered their first loss of the season, a close one to the Gainesville Leopards, 24-21.

Mineral Wells kept itself in the hunt the entire night, with a chance to tie or go ahead in the final minute when the Rams forced a punt and got the ball on their own 5-yard line.

Mineral Wells is still enjoying a spectacular season so far at 4-1, and has one more warm-up game before district play begins.