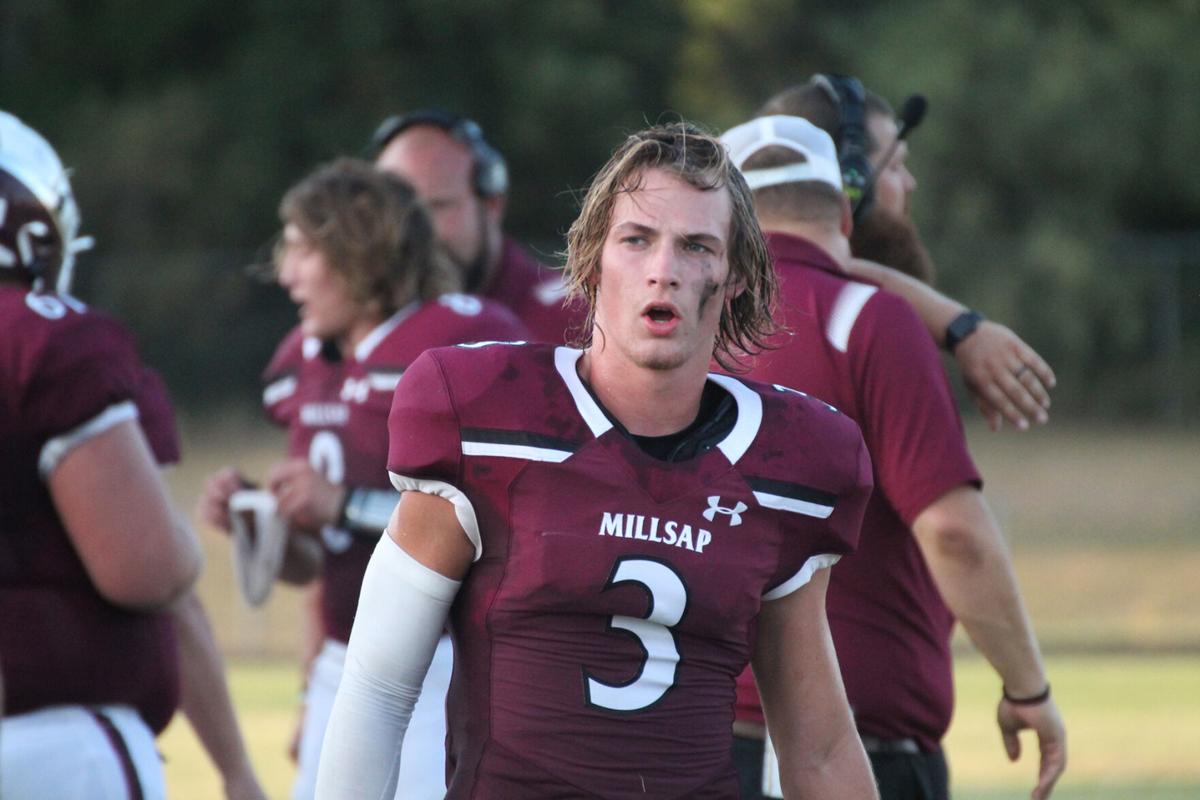 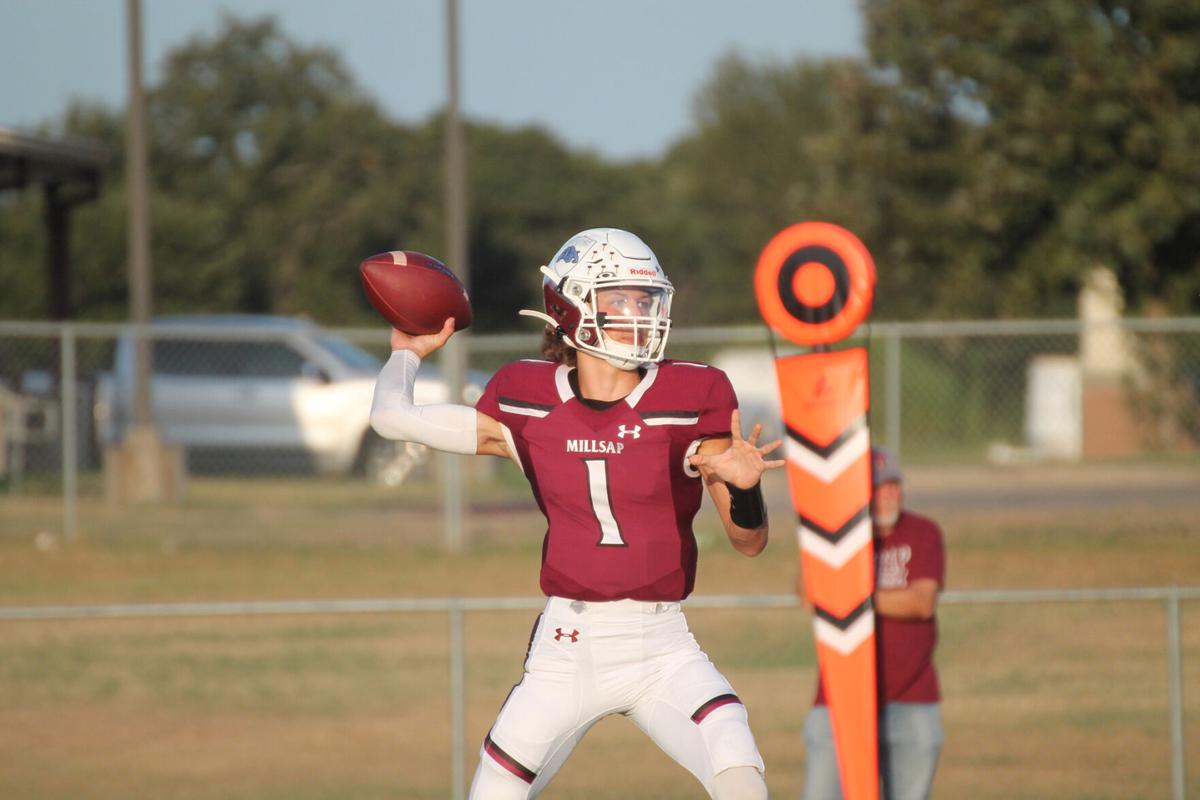 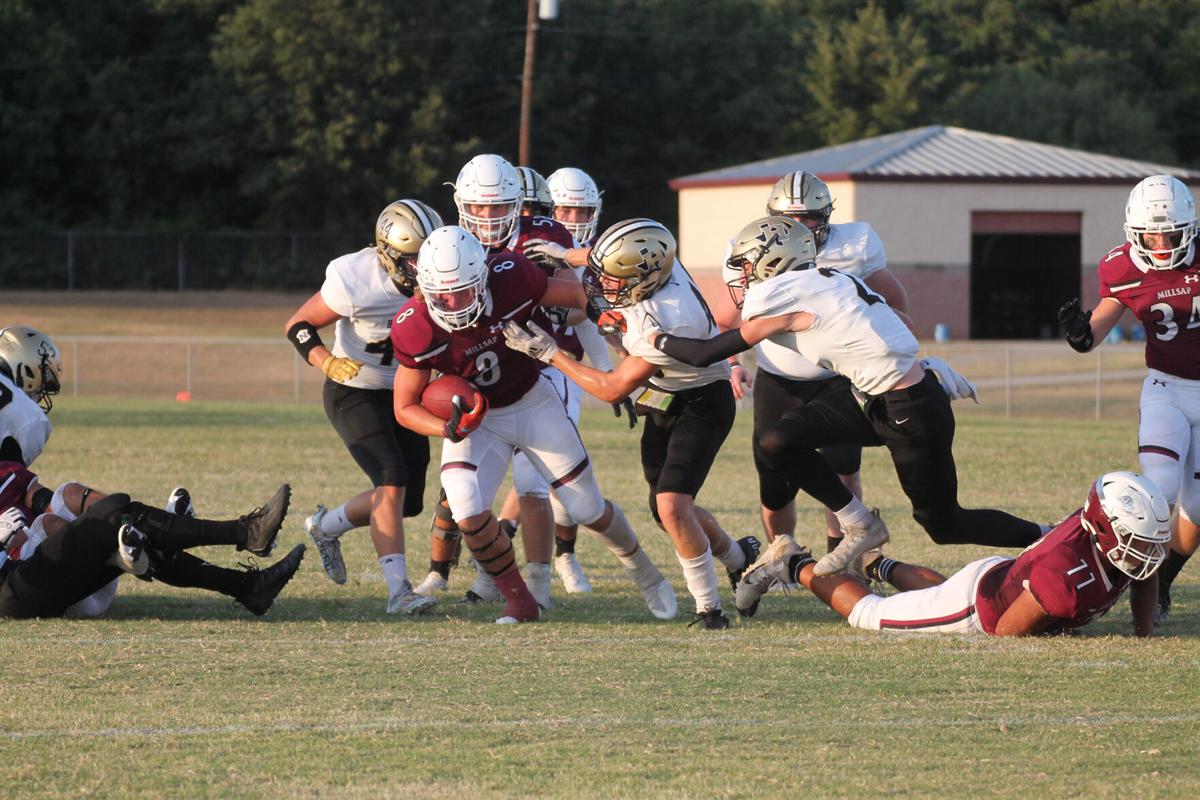 The Gunter Tigers, last year's state semifinalists, came into the matchup, played at Grapevine-Colleyville, ranked as No. 2 in Class 3A-II football.

On paper though, the Bulldogs boasted their own numbers, coming in with the No. 1 offense in total yards.

The Gunter offense was a blur Thursday, striking hard and fast from the first drive of the game.

Down 14-0, Millsap's defense stood up in the first quarter, with Adrien Allen picking off the Tiger quarterback. The Bulldog offense, however, had trouble getting anything going, and Millsap was forced to punt on fourth down.

Gunter opened up the second quarter with an interception of its own for a touchdown to lead 42-0.

A good kick return by Dawson Swindle got the ball out to the 35-yard line, but a fumble turned the ball back over, and the Tigers took it to the house again to lead 49-0.

The Bulldogs would come up with another turnover, this time a fumble recovery by Kole Weaver, but the offensive drive was cut short by an interception.

With roughly five minutes to go in the half and trailing 62-0, the Millsap offense finally found its rhythm, with senior Lawson Nairn connecting with little brother Carter for 20 yards for the Bulldogs' first first down of the night.

Senior Waylan Dunn followed up with a 10-yard carry, then another for 8 yards, to get the ball past midfield.

With seconds ticking off, Lawson Nairn scampered down to the 20-yard line, but his next pass fell incomplete as the second half ended.

The Bulldogs held Gunter scoreless in the third quarter, and began chipping away at the deficit.

Millsap opened the fourth quarter with a handoff to senior Aldo Calvillo, who found the end zone from 8 yards out. The point after kick was no good.

"A great season comes to an end, but not after these young men made history," Millsap Head Coach Jake Johnson said, noting it was the second year in a row the Dawgs finished with the No. 1 offense in total yards.

Millsap had to fight its way through the second half of the season, ending district on a three-game win streak to clinch second place and the playoff berth.

Their 36-32 bi-district championship over Henrietta the week prior also broke a 22-year drought for the program.

Though some key starters will graduate this year, there are a number of up-and-coming prospects for the Bulldogs, who finish with an overall record of 6-6.