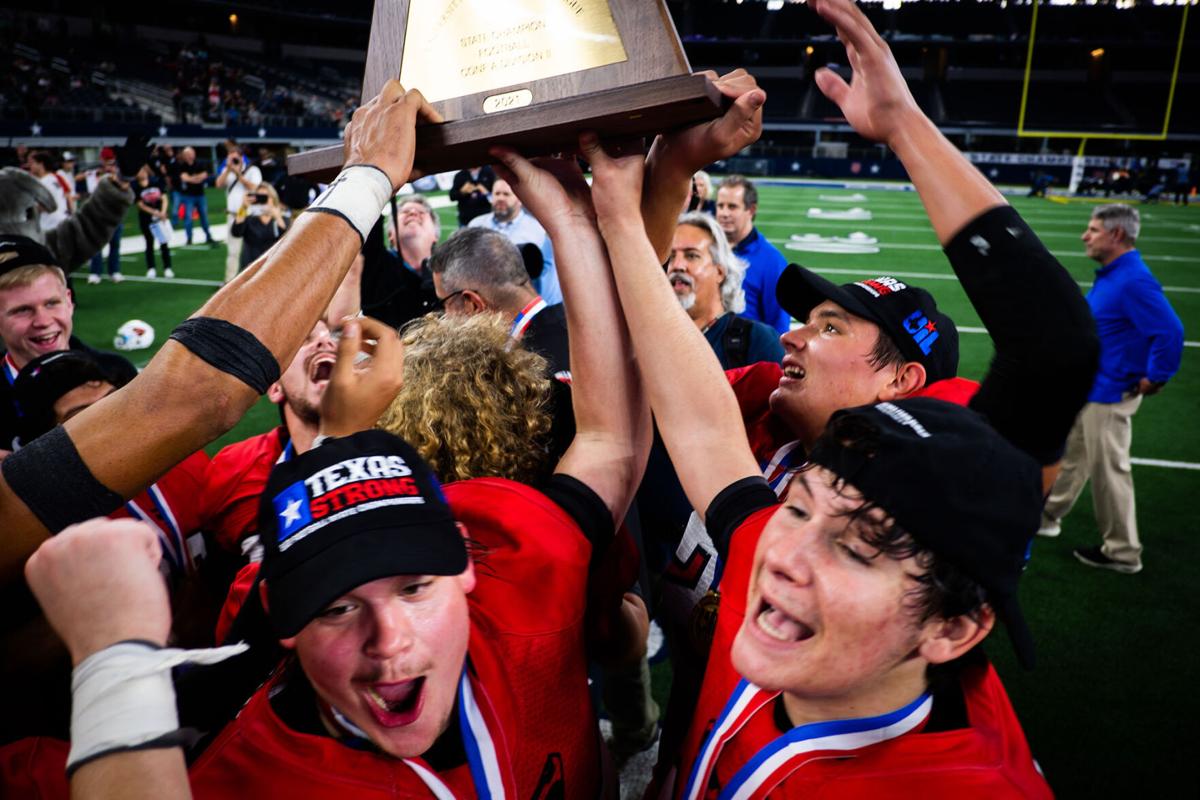 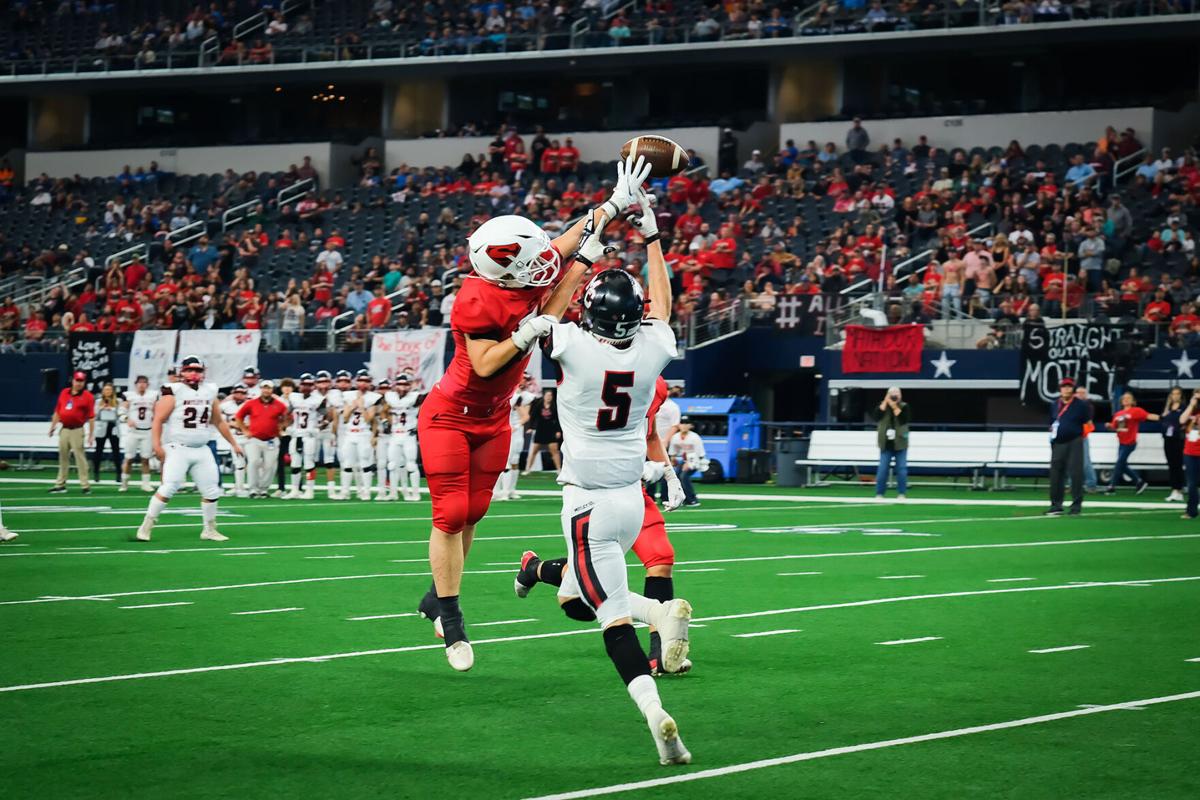 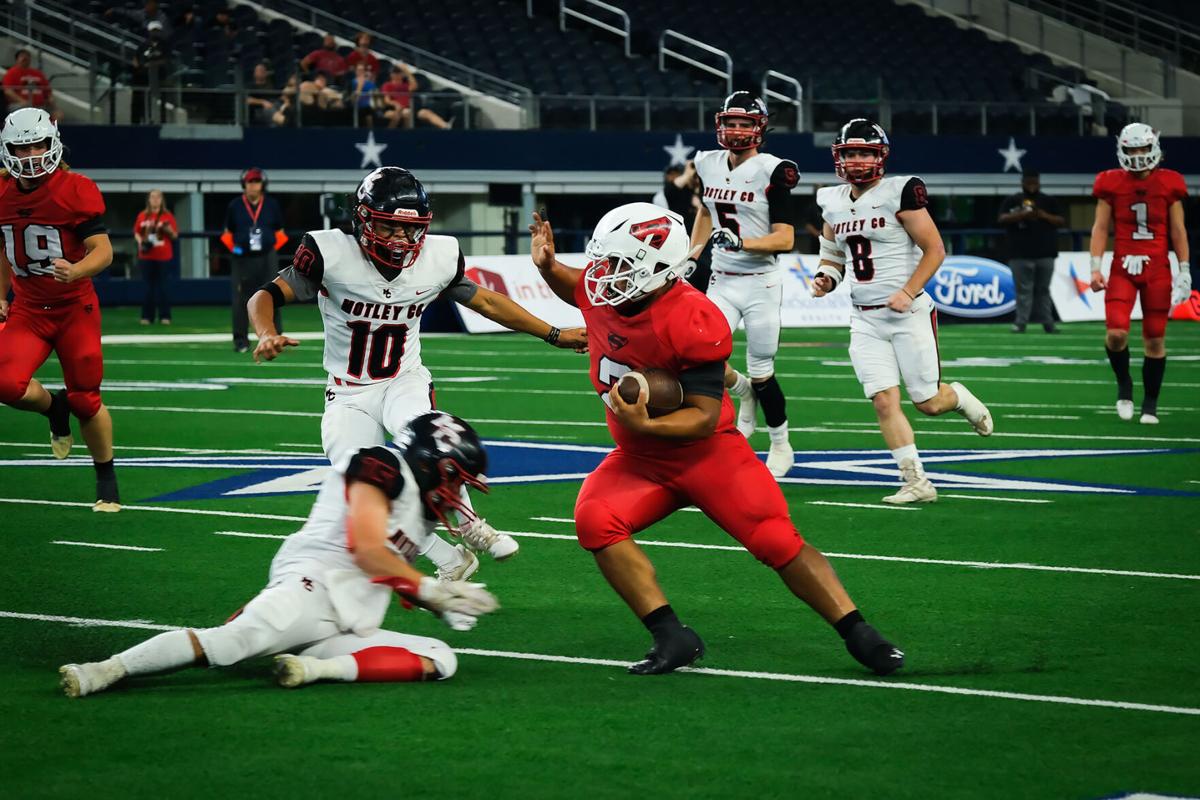 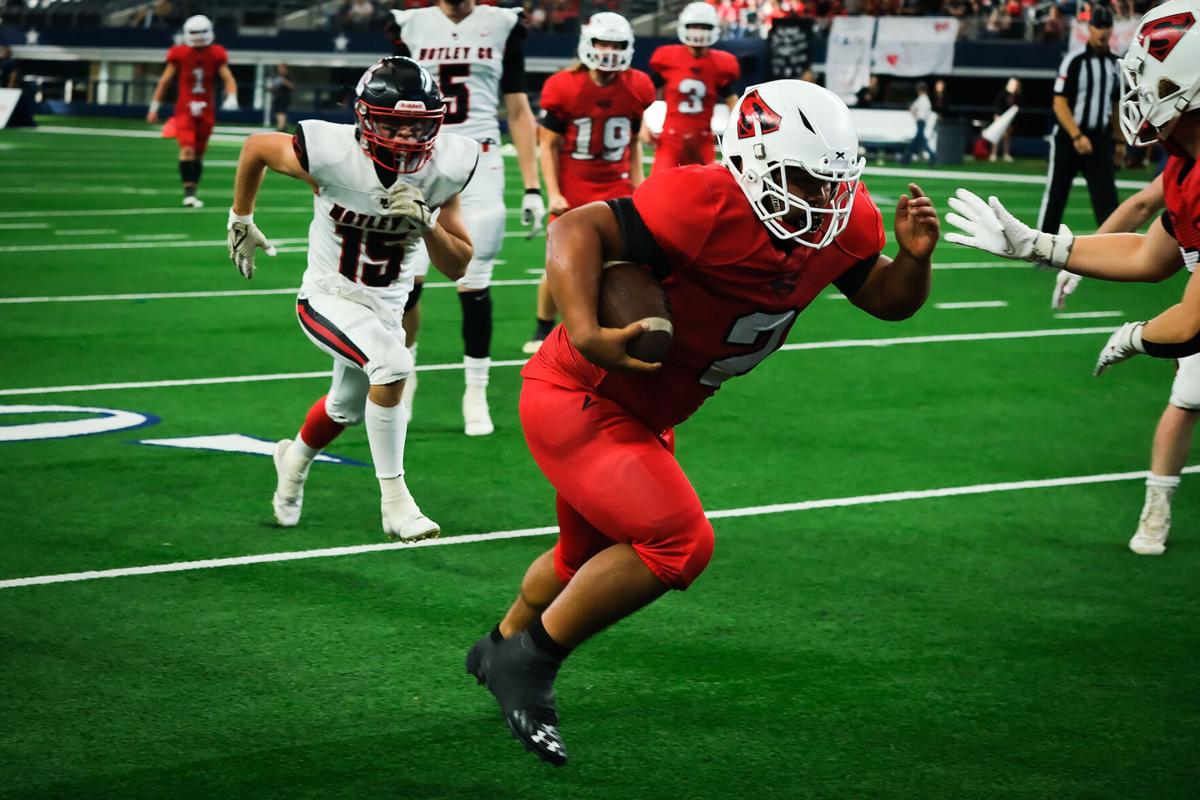 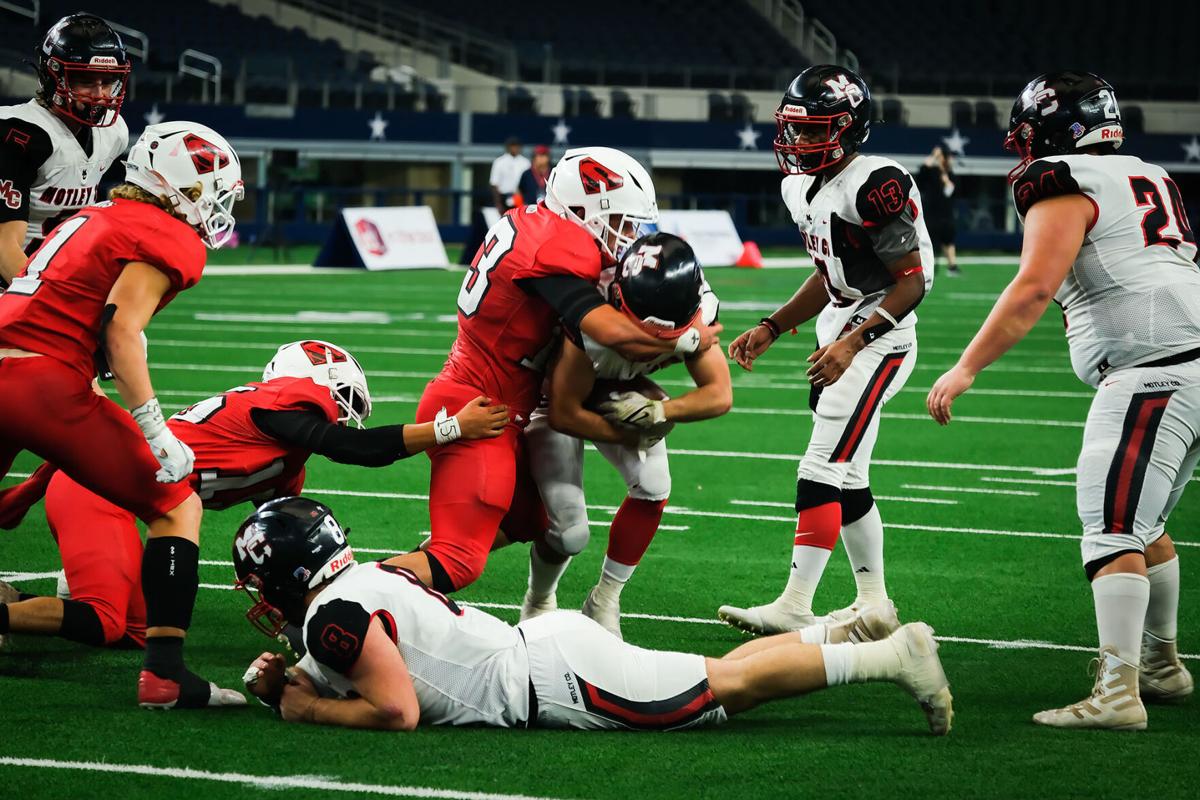 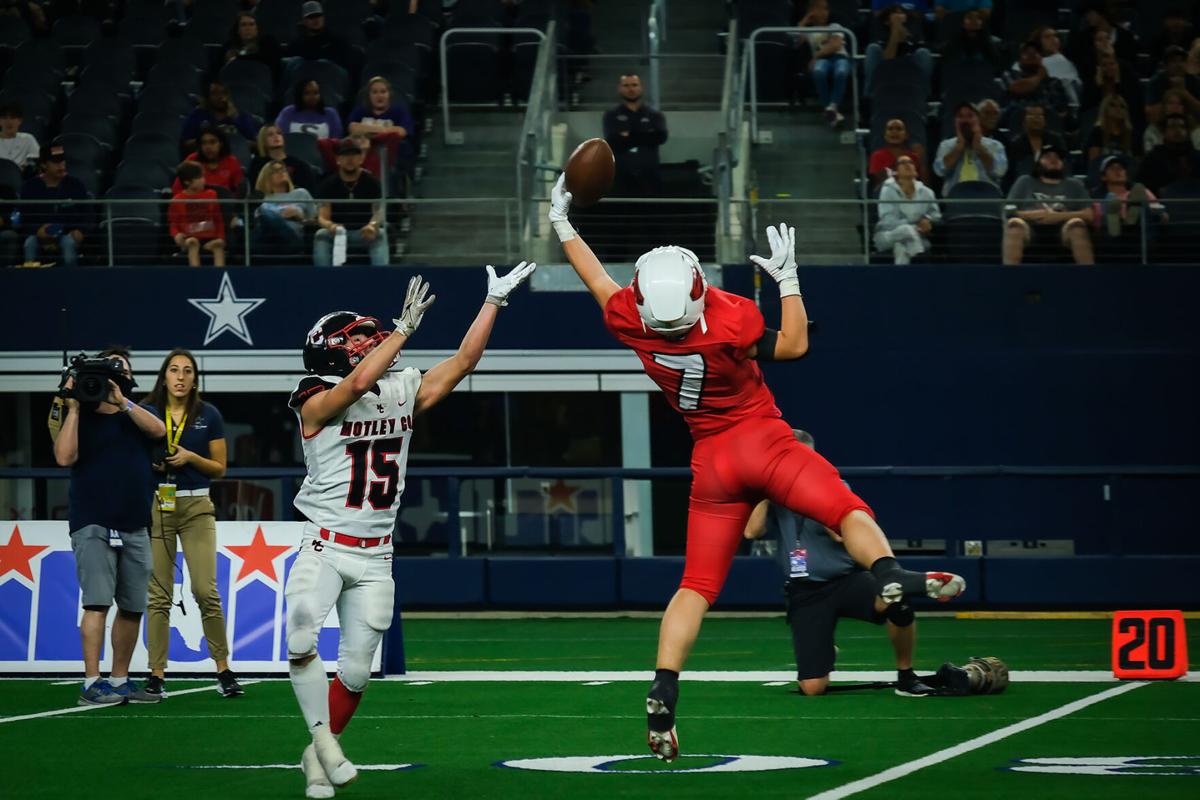 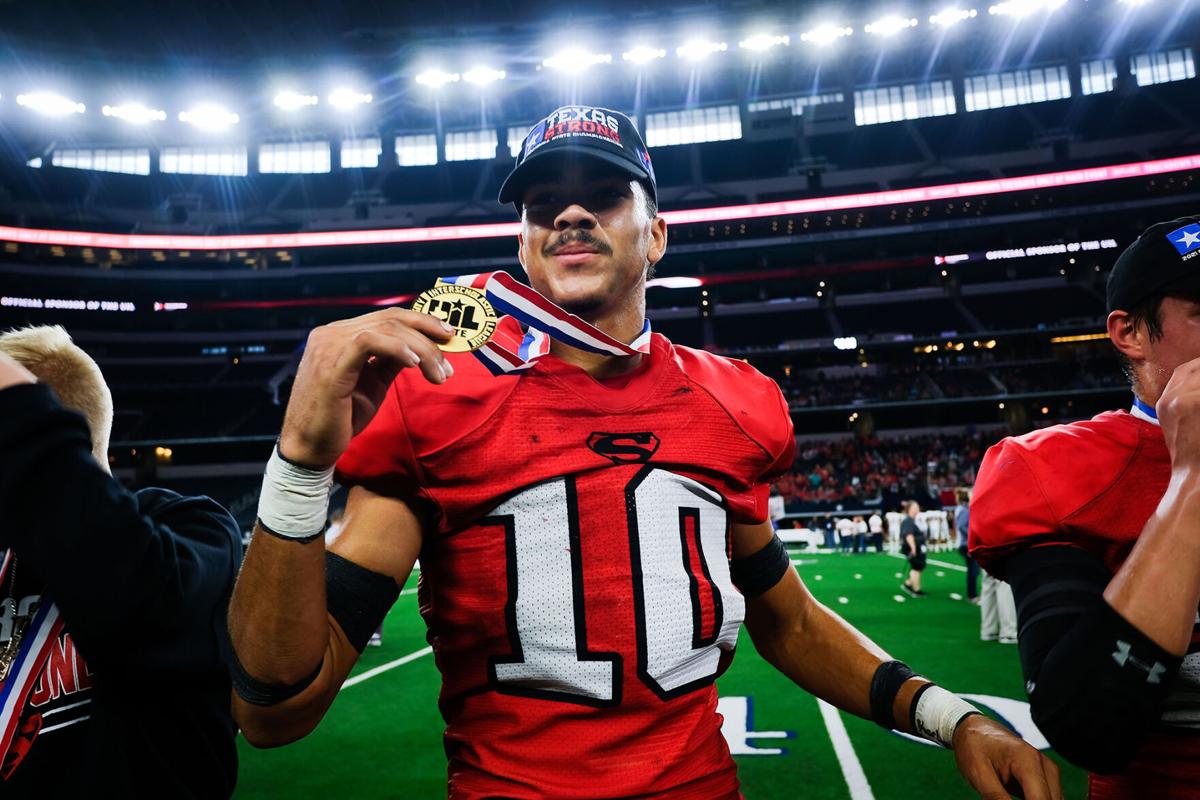 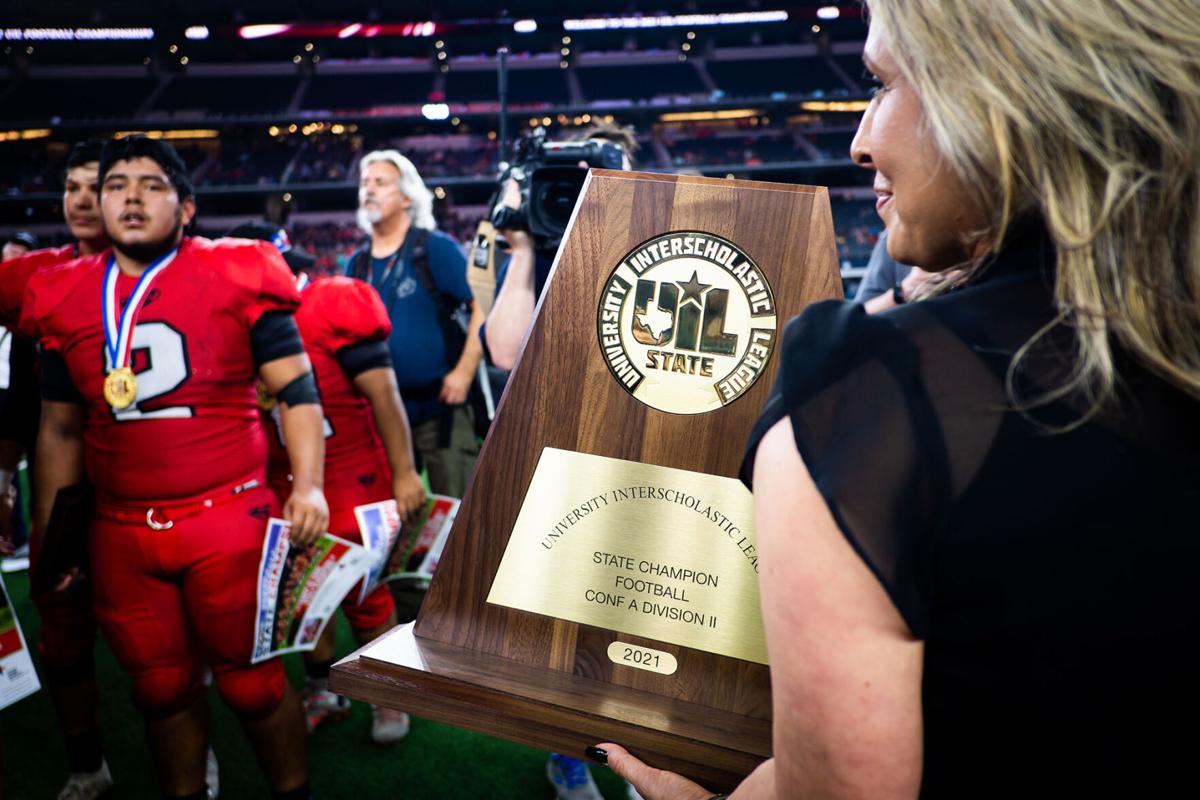 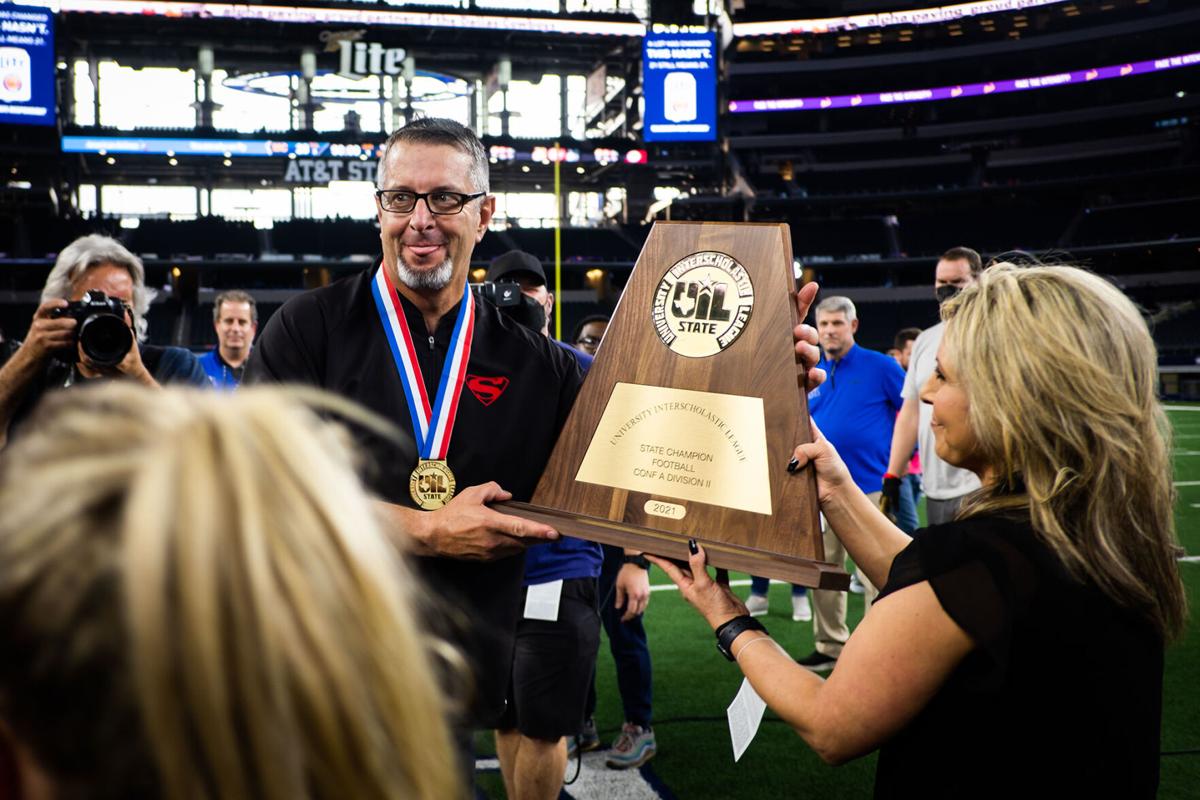 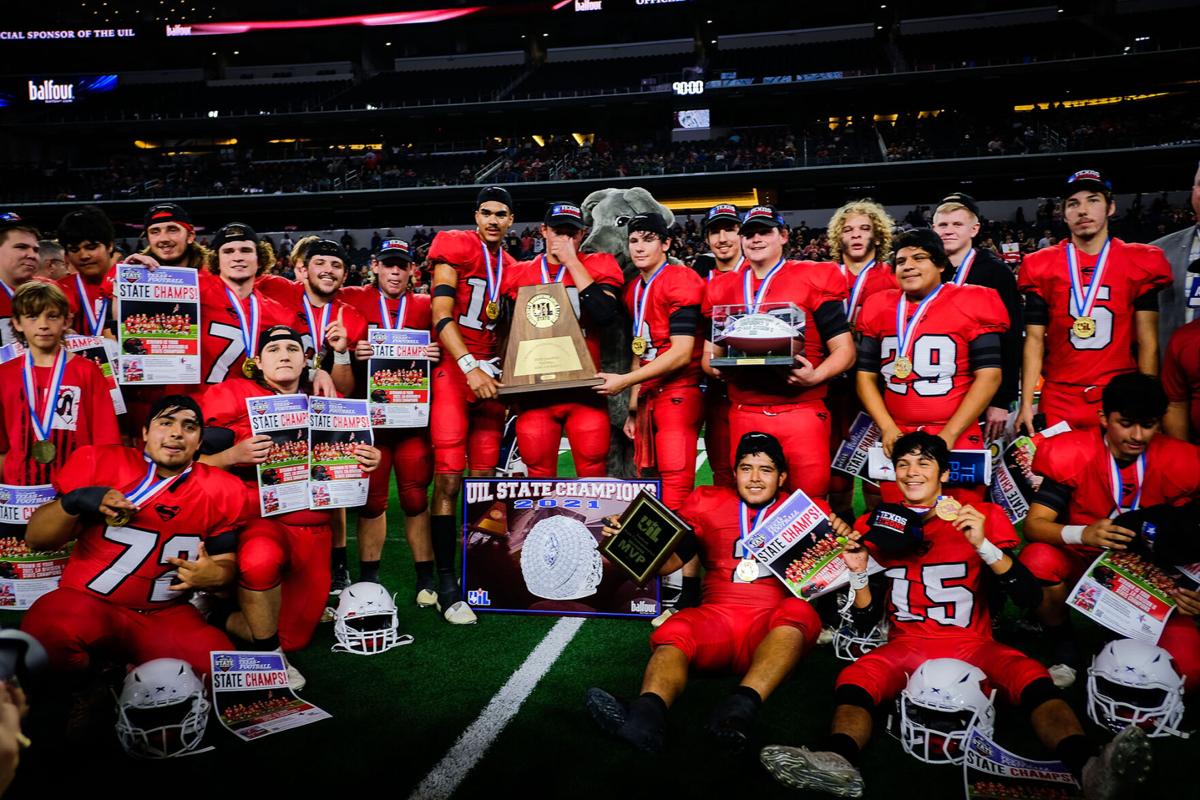 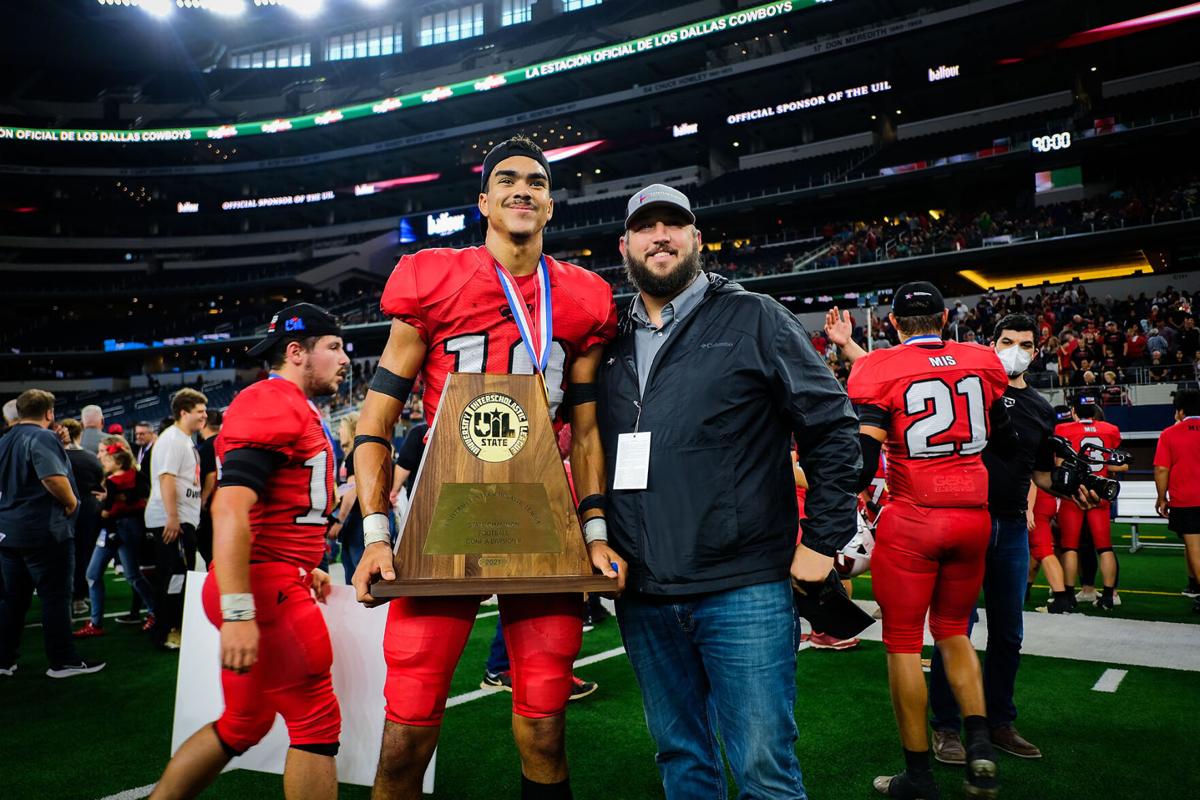 ARLINGTON — It took a little over three and a half quarters, but the Strawn Greyhounds earned their fifth state title, mercy-ruling Motley County at AT&T Stadium in the UIL 1A, Division II championship Wednesday.

The Greyhounds had a couple of early turnovers, but quickly adjusted, shutting out the Matadors while forcing six turnovers of their own to win 73-28 at the 3:09 mark in the third.

Billed as the underdogs — any by 15, no less — the Greyhounds showed they were anything but.

Motley got on the board first at the 8:44 mark in the first, capitalizing on a Strawn fumble, but freshman phenom Grayson Rigdon — who put on an absolute show — got the ball inside Matador territory to set up Lorenzo Garcia's touchdown. The kick went wide left for an 8-6 score.

Motley's next drive went nowhere, as the Greyhounds clamped down to force a turnover on downs on their own 29-yard line. Rigdon manhandled his way to the Matador 30, but another Strawn fumble gave the ball back to Motley.

The Matadors couldn't get anything going against the Greyhound defense, which made up for any Strawn turnovers in defensive stops.

After forcing another turnover on downs, the elder Rigdon, Griff, broke free after a reception to give the Greyhounds the lead, 14-8 at the end of the first. From there, they never looked back.

Strawn forced a fumble on Motley's first drive of the second, which would set up a Garcia run and a 22-8 lead with 8:29 on the clock. Two minutes later, the Greyhounds hit paydirt again, with Grayson Rigdon finding the end zone after Strawn recovered another Matador fumble to make it 30-8.

Another fumble yielded similar results with Rigdon finding Payton Harris for another touchdown, and the failed kick made it 36-8 with 5:01 on the clock.

A minute later, the Matadors finally stopped the bleeding, putting points on the board. It wouldn't last, as Rigdon scored his third touchdown of the night, putting him at 120 yards, for at 42-14 lead.

Motley responded with a score but Strawn came right back with — you guessed it — a Rigdon touchdown to make it 50-22 at halftime.

The Greyhounds remained cool, calm and collective in the third, with a Rigdon-Jett Millsop completion to set up first and goal on the Motley 2-yard-line. Rigdon did the rest, finding a hole to score his eighth touchdown and put Strawn up 66-28.

Moments later, Griff Rigdon tipped a pass to himself, bringing the intercepted ball out 48 yards to the Motley 14-yard line, creating another first and goal. It was the sixth turnover of the night for the Matadors.

A Grayson Rigdon-Evans Williams reception got the Hounds to the 5-yard-line, creating the opportunity for Grayson Rigdon's scoring run and a 72-28 score to back Motley against the wall. Needing just a point to shut down the game, the Greyhounds elected to go for the run (a kick is worth two in six-man) and put the game away with a little over three minutes left.

The championship marks the fifth overall for Strawn, who finishes the season undefeated, and its third in the past five seasons, with the last coming in 2018.