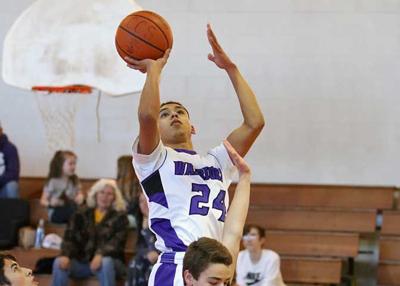 The Warriors broke open a tight game with a throttling defensive third quarter, and Community Christian School ran away from Stephenville Faith 62-48 Friday at the Mineral Wells city gym.

CCS held a slim 16-12 lead after the first quarter, and the Knights battled back to make it a one-point game 32-21 at the half.

The Warriors emerged a different team in the third quarter, and FAITH was limited to just five points in the frame as CCS put up 16 for a 48-36 margin.

Senior Luke Knowles led the Warriors’ offensive charge with a game-high 20 points while Joshua Guzman was tight on his heels with 17, and Jackson Horton scored 12. Ethan Hobson led all shooters by making 57 percent of his shots for eight points and Bryce Haralson rounded out the Warriors’ scoring with five points.