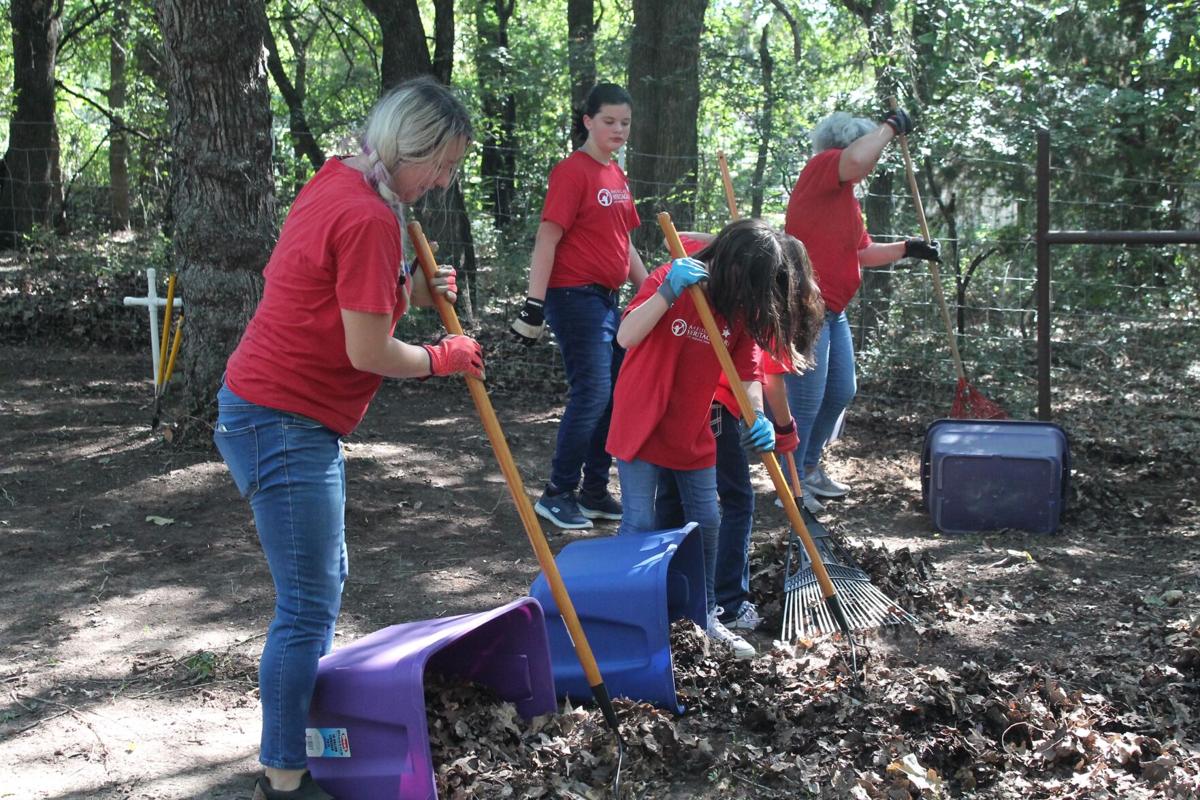 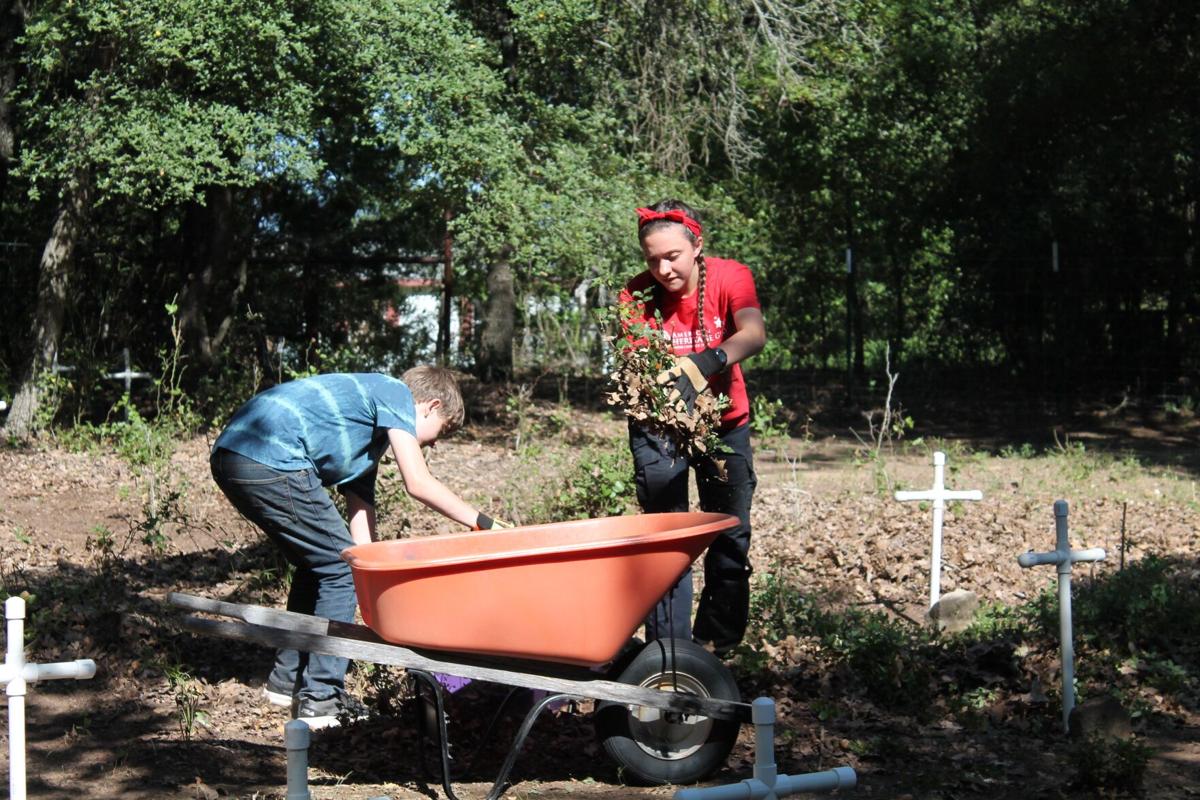 Hannah Russell, right, with AHG Tx0407, cleans up leaves and brush near a grave at the Crane-Crow Cemetery in Azle.

Hannah Russell, right, with AHG Tx0407, cleans up leaves and brush near a grave at the Crane-Crow Cemetery in Azle.

AZLE — The Crane-Crow Cemetery in southwest Azle has been a work in progress for several years.

Nestled at the end of Pearson Lane between two private properties, it’s been on the radar of the Parker County Abandoned Cemetery Association for awhile, but it wasn’t until recent successful negotiations between neighboring property owners that the association was able to get access to start clean-up.

“We’re a Christian-based character and leadership development organization,” said LeAnn Russell, who oversees the Pi/Pa girls ages 12-18. “We’re kind of like Boy Scouts or Girl Scouts in that your charter organization charters you and agrees to support your mission.”

Tx0407 is one of roughly three troops in Parker County, and is based out of Weatherford and chartered by North Side Baptist Church. The troop has about 55 girls, ranging in age from 5-18.

“We do badges and services, but faith, service and fun is kind of our slogan,” Russell said. “And we have a pinnacle award, like the Eagle Scout, which is the Stars and Stripes.”

That highest honor is something Russell’s daughter, Hannah, is working on. Her project is the design and construction of a playground for Grace House Ministries.

Hannah was busy that Saturday lining up and hammering in crosses near the rocks used to mark the graves. The crosses were provided by Parker County 4H students.

“Back in the day, they didn’t really have anything,” Barnhart said. “There’s only one marker here, the Davis marker, with the name, but you can tell those are graves, just no writing.

Also placed beside each grave was a plastic flag, to warn and alert mowers of the rocks. In 2019, an Azle Eagle Scout came out and helped re-fence the cemetery as his service project.

“Now, these girls are putting out the crosses, and cleaning up,” Barnhart said. “We’re getting to the end and it’s looking like a real cemetery.”

Tx0407 is now gearing up for the AHG National Day of Service, held the third Saturday in September. Troops from all 50 states and seven different countries will participate in the event.

To find out more about AHG, visit ahgonline.org. More information about the ACA can be found at www.acaparkercounty.org.