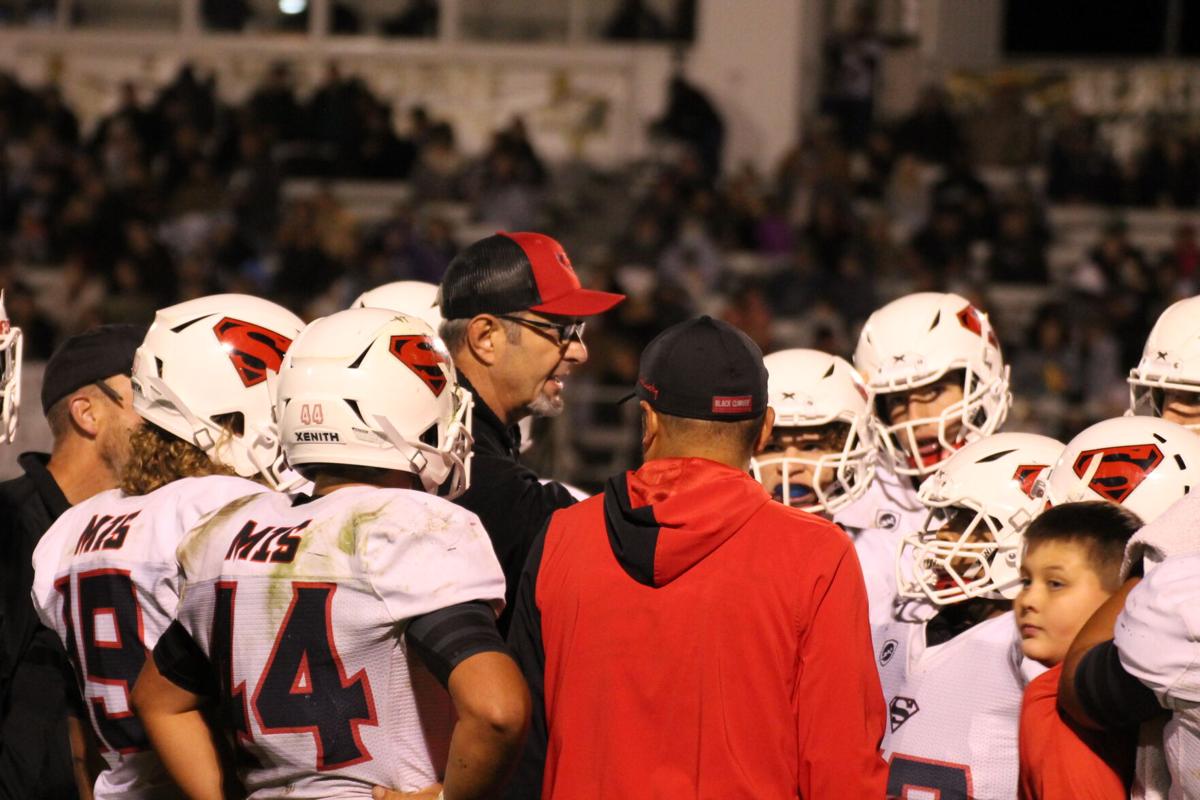 Strawn Head Coach Dewaine Lee and the Greyhounds will be playing for the state title Wednesday, Dec. 15 at AT&T Stadium. 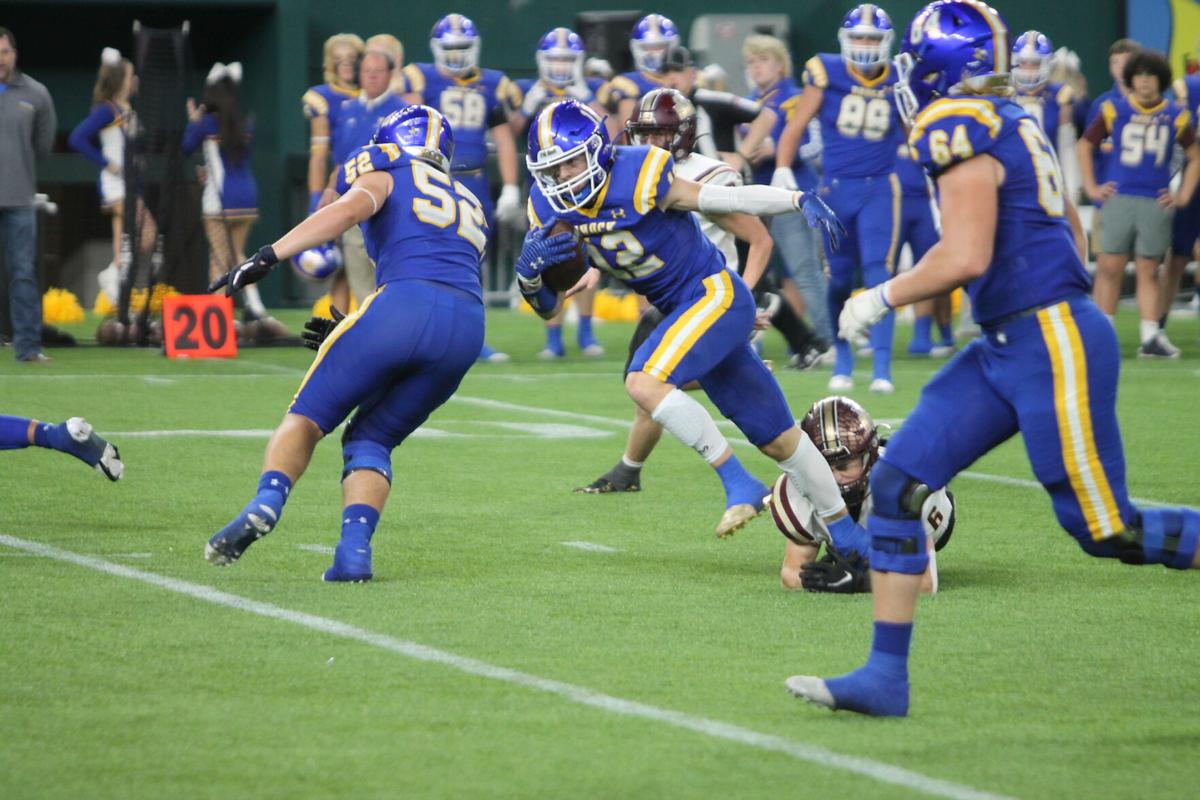 Elijah Potts and the Brock Eagles are headed to the state semifinals.

Strawn Head Coach Dewaine Lee and the Greyhounds will be playing for the state title Wednesday, Dec. 15 at AT&T Stadium.

Elijah Potts and the Brock Eagles are headed to the state semifinals.

The Strawn Greyhounds came out the victors or a slugfest against Richland Springs Friday to insert themselves into the state championship.

That game won't be held until another week and a half, so the Greyhounds have plenty of time to prepare while basking in their latest victory.

Playing like a grizzled veteran, freshman sensation Grayson Rigdon was all over the field Friday, rushing for six touchdowns, including a 70-yarder midway through the second quarter to put Strawn ahead 36-20.

Richland Springs stayed just a step behind Strawn until midway through the third, when the Greyhounds put their foot to the pedal.

Touchdowns by Rigdon and Justice Baker, and a fumble recovery for a score by Payton Harris, made it 72-34 with about two minutes left. Richland Springs would be held scoreless in that quarter, as the Greyhounds put up 20 unanswered points.

Rigdon's older brother, Griff, joined in the touchdown party in the fourth, scoring two of his four to make it 90-48 with under five minutes to play.

On the ropes, Richland Springs staved off mercy-rule elimination for a drive, but Griff Rigdon had a massive touchdown run and Max Hopkin's kick after sealed the 100-54 win at the 3:49 mark.

Strawn remains pristine at 14-0 and Friday's win might be even sweeter against an opponent who eliminated the Greyhounds in the state semifinal last year.

Strawn will play for the 1A, Division II state title at 2 p.m. Wednesday, Dec. 15 at AT&T Stadium. It will the Greyhounds sixth state title appearance, and the first since 2018.

Whitesboro surely had a sense of deja vu taking on the Brock Eagles Thursday night.

The last time the two teams met was in Week 7, during which the Eagles won the contest 41-21, though the score was tied at halftime.

Whatever thoughts the Bearcats had of hanging with Brock Thursday quickly vanished though, as the Eagles (14-0) appeared to have corrected any mistakes on their way to a 49-14 throttling of Whitesboro.

Brock's first score came after an opportunity provided by a Zach Brewster interception that gave the Eagles the ball on the Whitesboro 6-yard-line. Running back Kutter Wilson took care of the rest, punching it in.

A few minutes later, Wilson had his second, this time for 12 years to give Brock a 14-0 lead toward the end of the first quarter, before heading to the sidelines with an apparent injury.

Brett Tutter, a name heard often over the last two weeks, filled in well, scoring three touchdowns on the night on 19 carries. His final TD came in the third, followed up by an Eli Potts 33-yard reception from Tyler Moody to put Brock on top 42-0 late in the third.

Whitesboro managed to finally get on the board, ending a 63-0 run over the previous five quarters against the Eagles.

Brock added some insurance points with less than four minutes to go, on another connection from Moody to Potts.

The Bearcats' final score came with 10 second remaining in the contest.

A gritty season for the Springtown Porcupines ended Friday night in a 32-6 loss to Wichita Falls Hirschi.

Quarterback Hudson Hullett was 10-of-25 passing for 112 yards and Matthew Lockard added 118 yards on 18 carries, but the Porcupines were able to turn the yards into scores.

Springtown finishes with an overall record of 10-4, with Friday's results snapping a six-game winning streak.