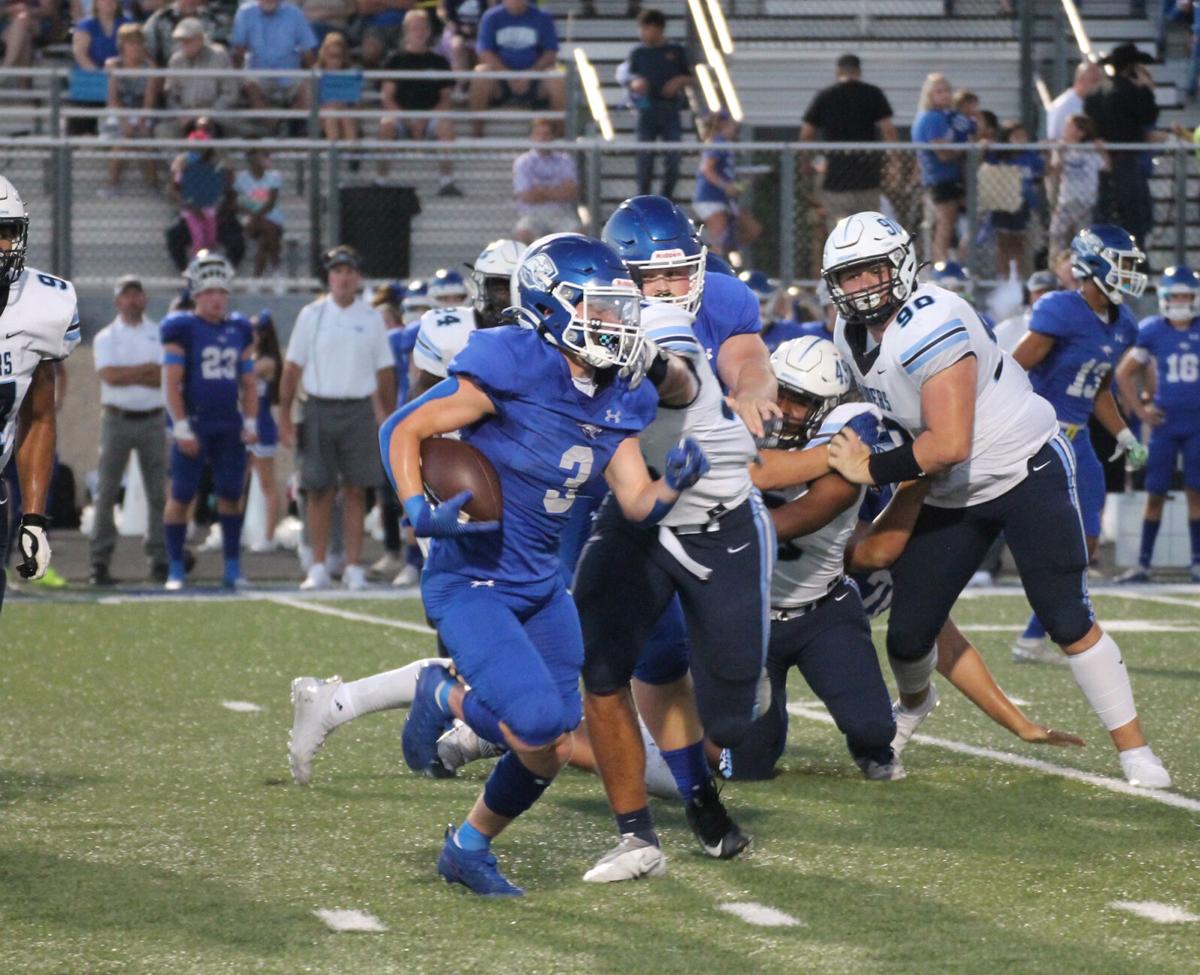 Weatherford running back Brayden Bork slips past a defender in a game earlier this year. 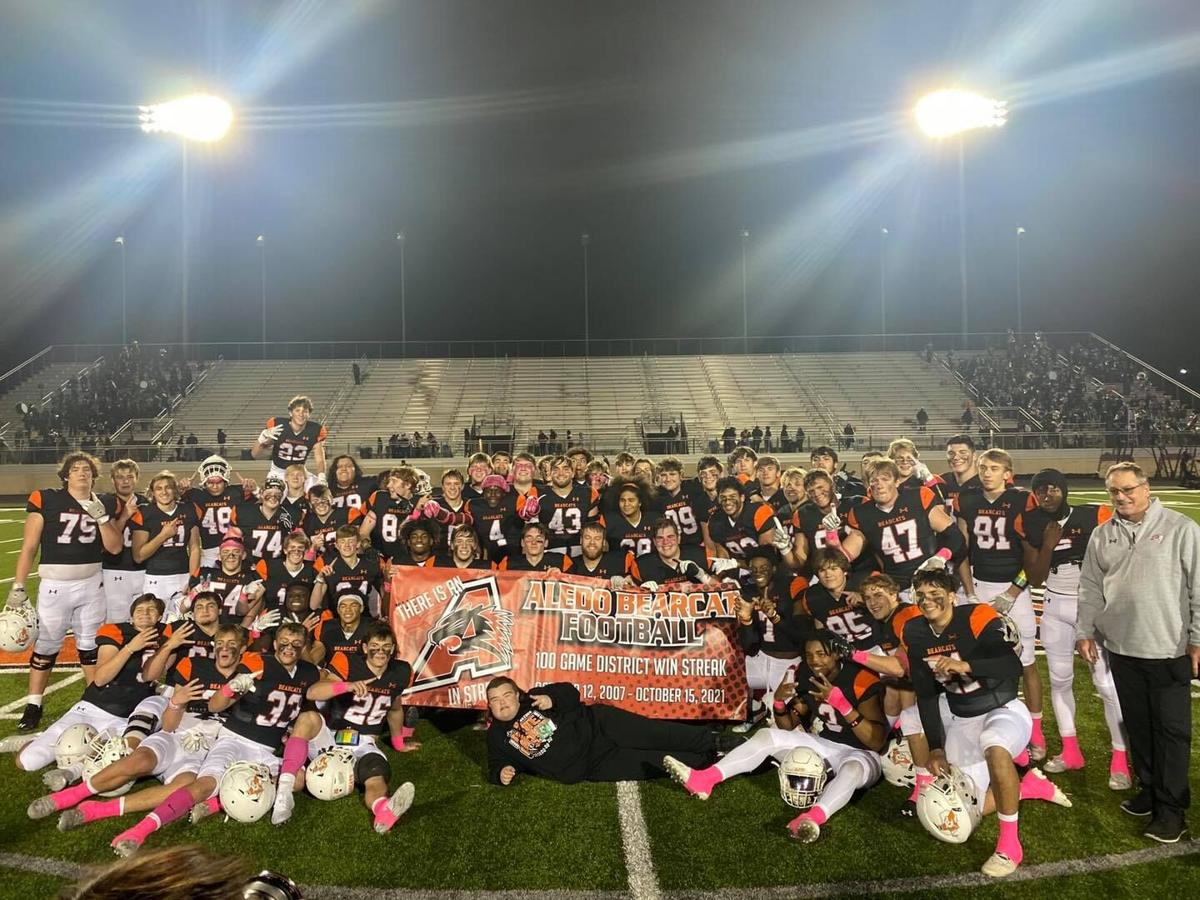 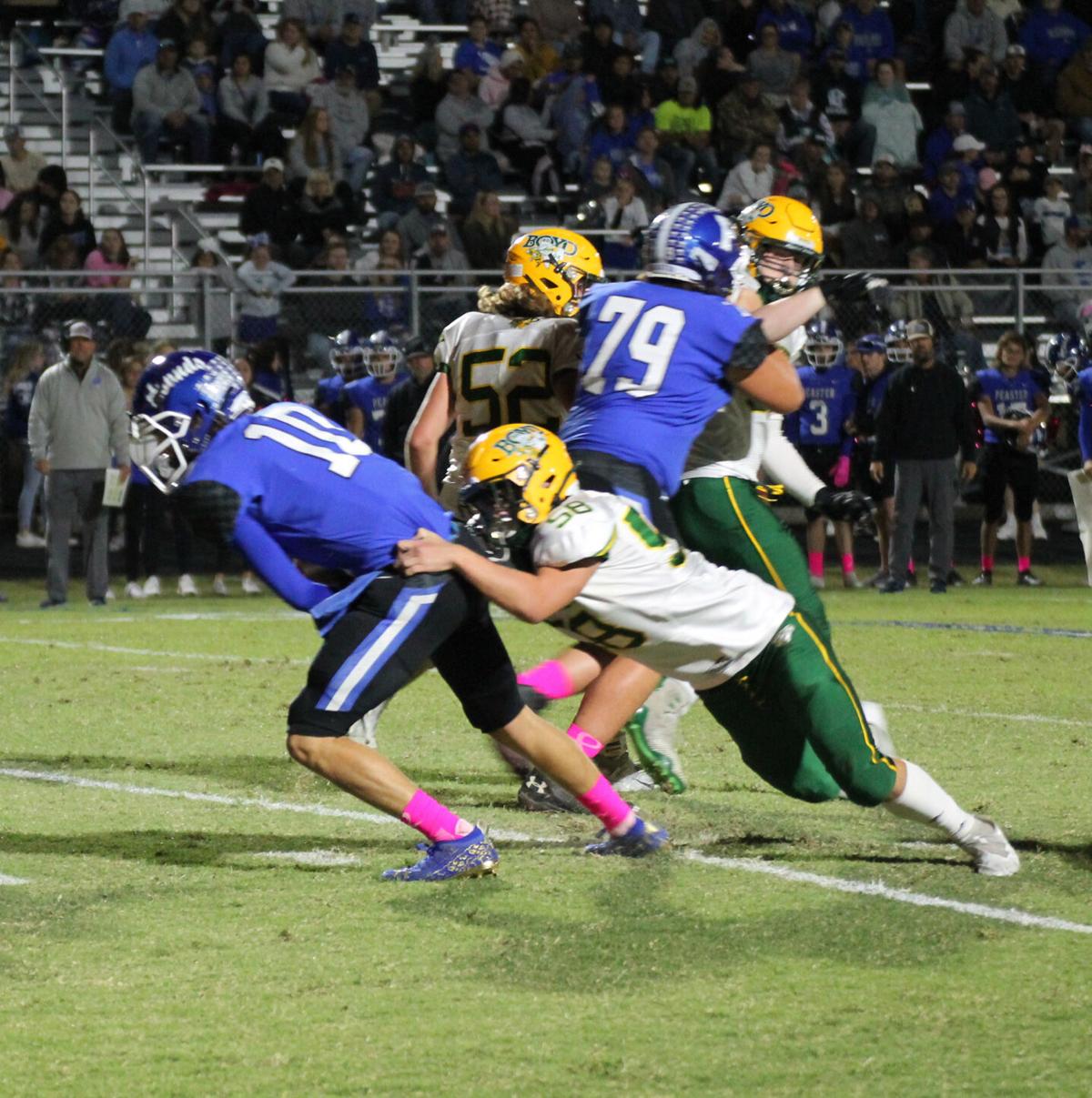 Peaster QB Gunner McElroy tries to elude a Boyd defender in the first half of Friday's game. 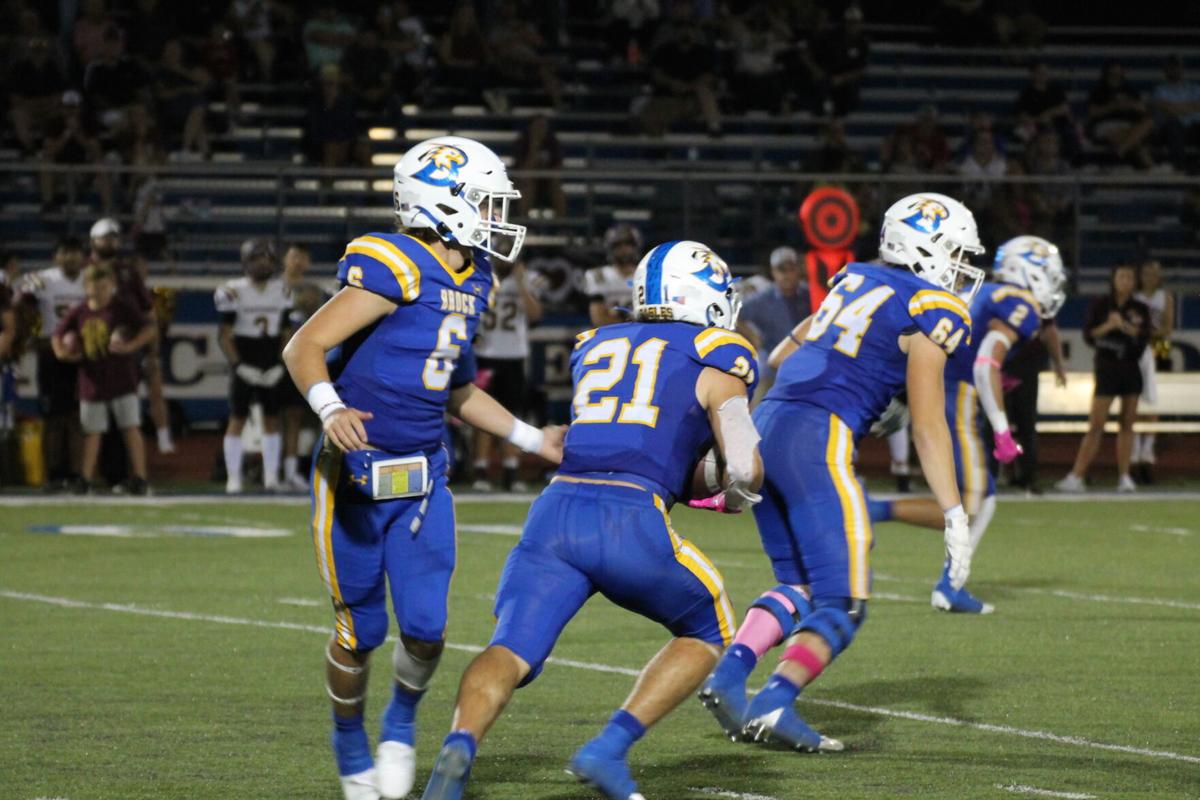 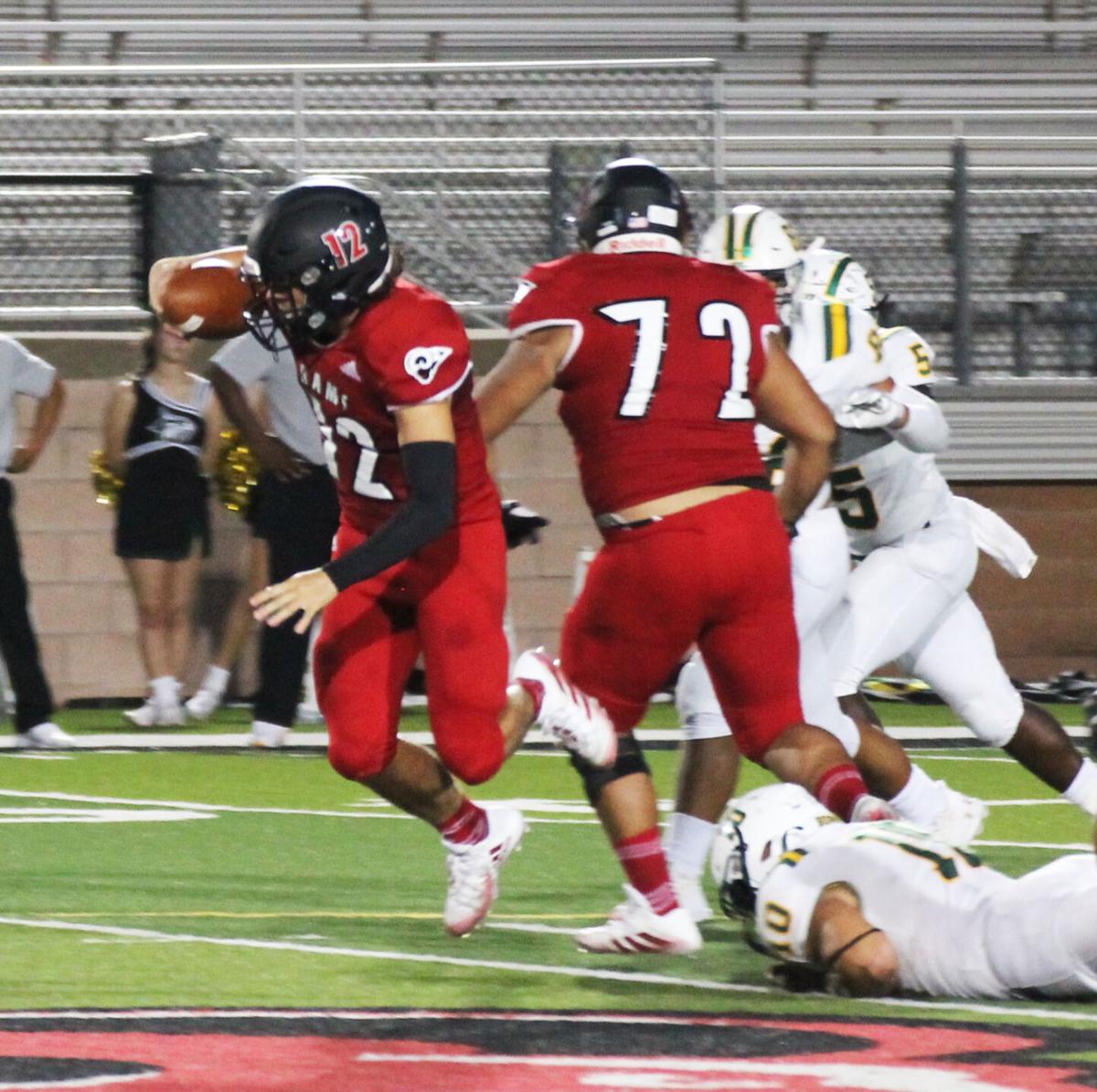 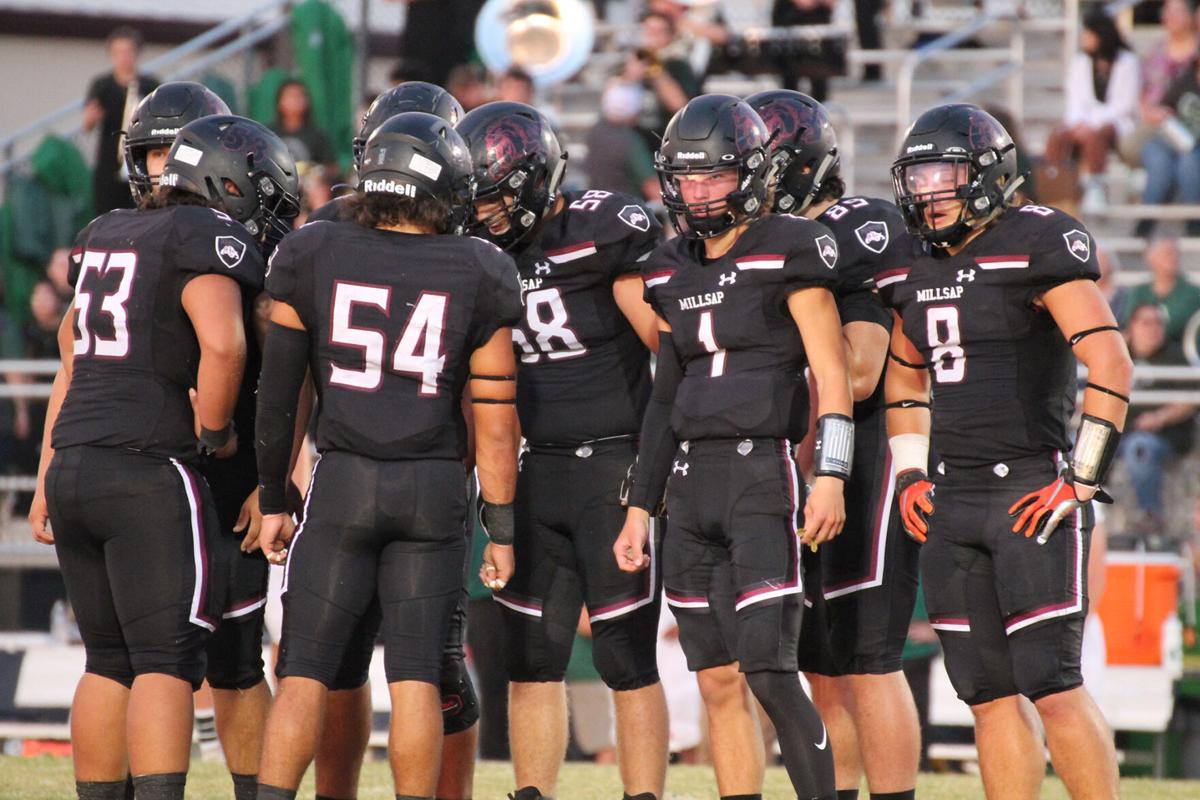 The Aledo Bearcats hit triple digits Friday night — a 35-21 win over Mansfield Timberview led them to their 100th straight district win, yet another state record.

The game was tied at 14-all at the half, but the Bearcats came out firing in the third quarter, when Hauss Henjy cross the goalline to give Aledo a 20-14 lead after a failed extra point attempt.

The Kangaroos are hot and Friday night's win over Boswell, 42-22,  did nothing to extinguish those flames.

Weatherford moves to 4-0 in district and 5-2 overall.

The Mineral Wells Rams won their Friday contest in convincing fashion, dominating the Lions 28-7 to get their first district win.

Peaster puts a hurt on Boyd

The youngster Rhett Steen put on a show in the first half — tying the game at 7 after a 70-yard kickoff return.

Steen would later connect with Gunner McElroy in the second half, his first of two touchdown receptions. Steen would finish with 10 for 222 yards, while McElroy's arm wreaked havoc, throwing for more than 400 yards and four TDs on 26-of-32 attempts.

The Eagles' scoreboard looked more like a basketball game when all was said and done, as Brock beat Ponder 70-20.

The Eagles had already built a 35-0 lead before the second quarter even began, three of their scores on the legs of Kutter Wilson. Tyler Moody also found Eli Potts for a 30-yard reception and Carson Finney intercepted a pass and ran it back for a score as well.

Millsap picked up its first win in district play, a 25-21 victory over Merkel.

The Bulldogs even their district record to 1-1 and their overall record to 3-4.

Editor's note: Trinity Christian and Weatherford Christian were set to play each other Saturday evening.