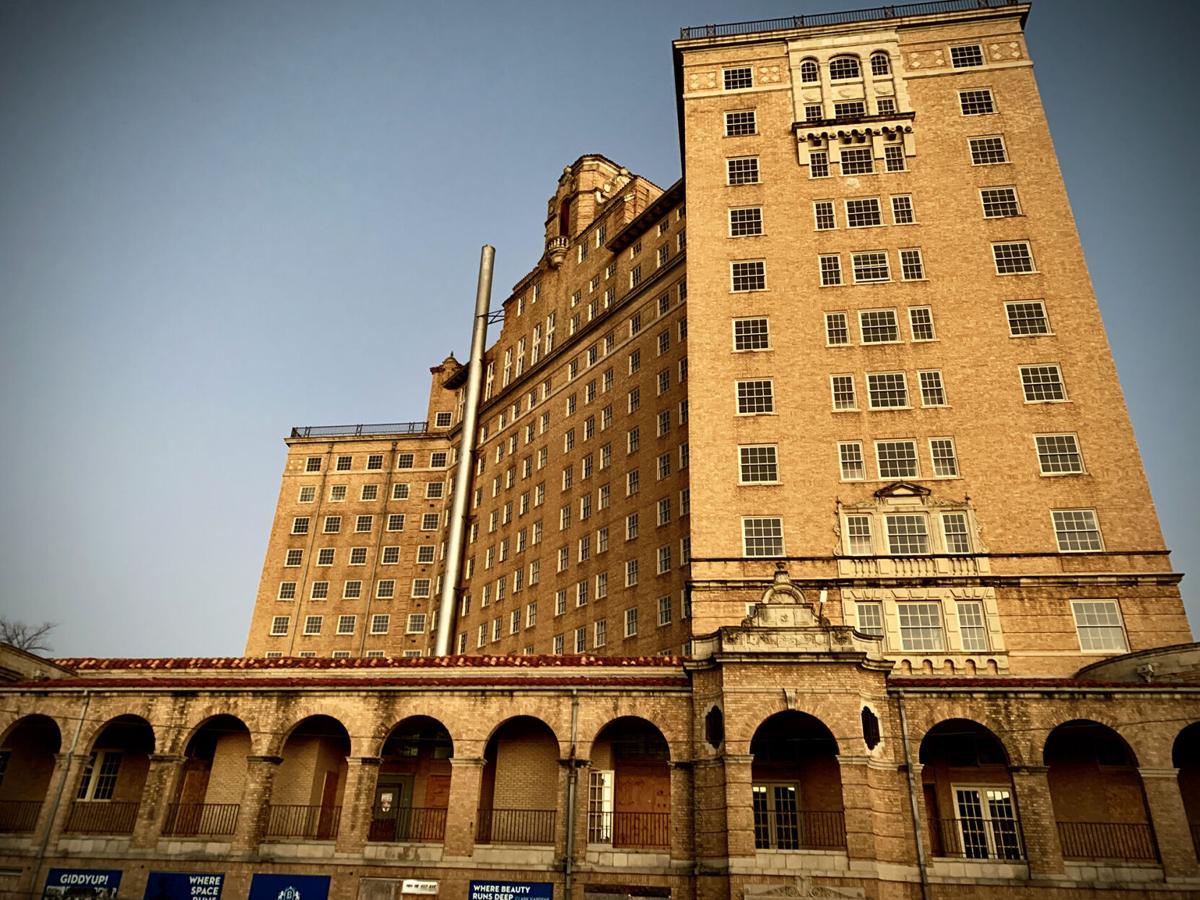 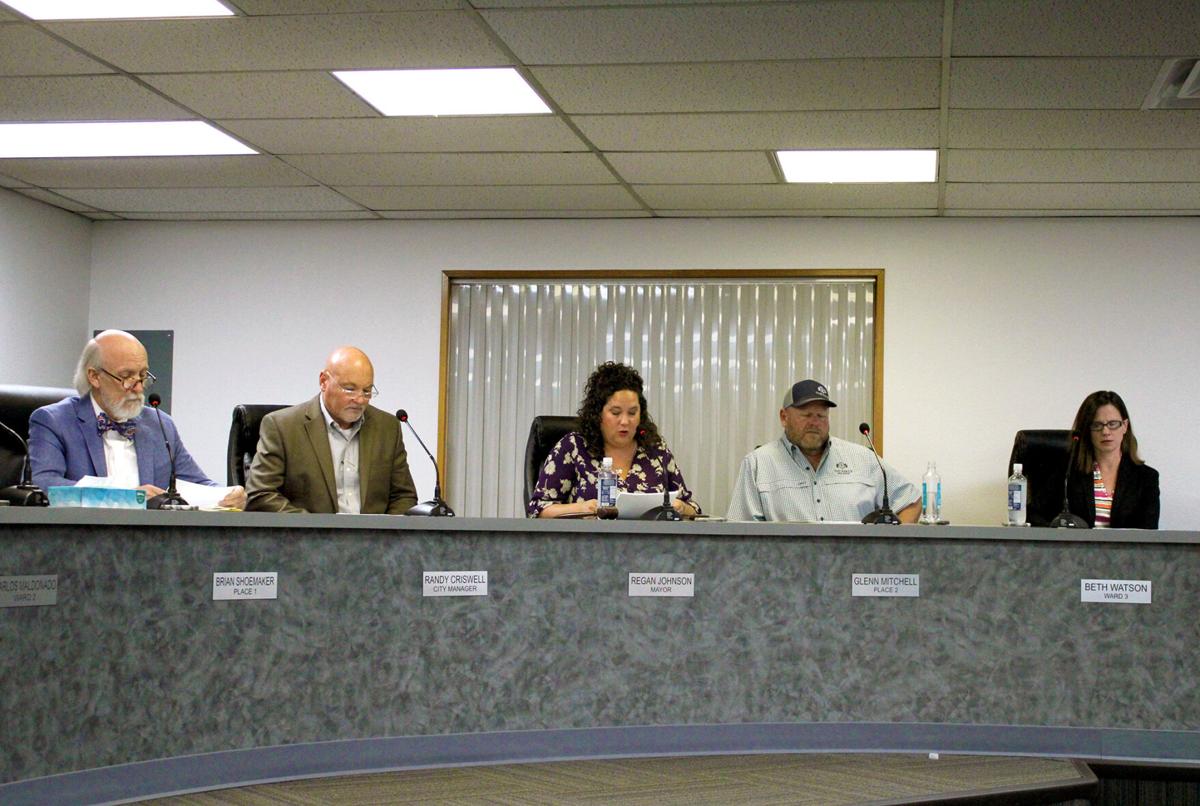 MINERAL WELLS — Financial incentives and project details were revealed by officials Thursday on the historic agreement between local governmental entities and The Baker Hotel Development Partners.

The TIRZ No. 2 was established by the city of Mineral Wells and has participants — the county, hospital district, emergency services district, the water development board and the school district — and is not a taxing entity but instead a revenue fund.

“People pay their taxes and a calculation is made against the base year of 2008 where the revenue goes into each one’s general fund and then the increment part goes to the city into a special revenue fund called the TIRZ 2 Revenue Fund,” Mineral Wells Economic Development Corporation Director David Hawes said. “The TIRZ has an original boundary that was executed in 2008, which primarily covers downtown and in September of this past year, it was expanded in other areas of the city. The zone was also extended by 15 years.”

The Economic Development Corporation was established by a vote Mineral Wells residents who approved a Type 4B Sales Tax to help finance economic development efforts.

Following a successful sales tax election in 2014, when sales tax is now collected by the city, 1/8 of a cent goes into an EDC special revenue fund.

“You normally don’t get a 95% result on a sales tax election, but we did and it wasn’t just for The Baker, but that was at the center of the campaign, and it’s already done things for Mineral Wells, including to help fund Main Street,” Mineral Wells Ward 3 Councilmember Beth Watson said.

The TIRZ and EDC have been integral in moving forward with the financial incentives detailed in the development agreement with The Baker Hotel and Spa.

An overview of the project specifies minimum commitments to be met by The Baker Hotel Development Partners — some items, namely the number of historic rooms and number of employees, are set to exceed the minimums.

The project minimum requirements include the redevelopment of The Baker Hotel to a full-service boutique hotel with a minimum of 160 guest rooms, including at least 10 “historic rooms” — which The Baker is set to have 14 historic rooms — that maintain the design of the original 450-room hotel, and other rooms ranging from standard guest rooms to signature suites.

The project will include a minimum of 15,000 square feet of meeting and entertainment space, including the rehabilitation of the nationally renowned Grand Ballroom, unique meeting spaces and a series of additional rooms, areas and gardens.

There will be a minimum of 8,000 square feet of retail space including a publicly accessible cafe, a formal restaurant, a museum, a gift shop, as well as additional dining and drinking options.

The Baker will have a spa, a minimum of 10,000 square feet in size, with a focus on mineral water and wellness with treatment rooms, a fitness center, saunas and a retail store.

The hotel will have a renovated resort pool, as originally configured, and surrounding green space for activities and events. There will be a parking garage developed and development of property acquired in the future by The Baker Group, which will be integral for the operation or expansion of the project.

“These are minimums that are listed in this contract,” Mineral Wells Mayor Regan Johnson said.

Hotel team member and Project Manager Mark Rawlings said they are projecting to have more than 100 staff members, which is more than the agreement’s minimum requirement of at least 50 employees.

Additional conditions for The Baker Development Partners to meet are to include the words “Baker Hotel” on primary signage; maintain an annual membership with the Mineral Wells Area Chamber of Commerce; provide for reasonable store space for advertising, marketing and tourism materials; make reasonable efforts to hire qualified residents of the city of Mineral Wells as employees of the project; and make reasonable efforts to hire local contractors, subcontractors and suppliers in constructing the hotel.

Regarding the signage, Rawlings said they will do it to the extent that the Texas Historic Commission allows them, as the project has quite a bit of oversight by the THC and National Park Service.

“[They] are both involved in the historic aspects and they have strict criteria that we need to adhere to actually restore The Baker to the way she was,” he said. “So I can’t just go put a grand marquee sign across the top of the hotel because it didn’t have one to begin with.”

The contract also provides for financial incentive commitments from all parties involved.

The EDC will provide a performance-driven grant of $4 million to be used for furniture, fixtures and equipment. The funds will be paid after a minimum of $50 million has been spent by the developer.

“It was the city’s intent that the $4 million incentive that would be offered by the city through sales tax would be ‘last money in,’” Mineral Wells City Manager Randy Criswell said. “Through our negotiations, we landed on a number of $50 million so that when there is an audited, established investment and expenditure of $50 million on the hotel then the developers will be able to apply for that $4 million of sales tax dollars.”

Because the 4B Economic Development Fund will most likely not have $4 million by that $50 million mark, Criswell said the issuance of debt is possible in order to make up what is not there so the city can pay the $4 million a single lump-sum. The EDC fund currently sits at about $1.8 million.

“That debt will be serviced by the same sales tax reallocation,” Johnson said. “Not anything else other than that, so we already have a revenue stream to service that debt.”

The Tax Increment Reinvestment Zone No. 2 will pay the developer 100% of the tax increment collected from the project by each taxing entity participating — county, hospital district, school district, emergency services district and the water development board — and conveyed to TIRZ No. 2 annually beginning with tax year 2020 and ending with tax year 2039.

“There’s a lot of misconceptions out there so let’s be positive about this. We already have a TIRZ, we have money in the TIRZ, there is increment, but only the increment produced by The Baker will be reimbursed or granted to The Baker on an annual basis,” Hawes said. “The money doesn’t come from any buildings downtown, it only comes from The Baker Hotel. If they don’t meet their revenue value projections, then they are not going to receive the money they’re anticipated to receive.”

Ultimately, Hawes said it’s about The Baker Hotel creating value and sustaining that value in operating the hotel at a high standard — if they don’t produce, they don’t get paid.

“I think a misperception is the city doesn’t get anything in return from that if we’re just giving them all of this TIRZ money back, but we’ve got job creation, sales tax revenue, there will be hotel occupancy tax revenue that will be created as well,” Johnson said.

“What this actually means is there will be no charges for permits or any type of fee to the city for up to $200,000 as an incentive to the project and we believe that is probably a good target number,” Criswell said. “Once that total waive gets to $250,000, then the project would be responsible for all fees going forward. That’s really kind of the third leg of the financial incentives.”

Something Criswell said is very important for the public to know is that none of the financial incentives result in cash from the city to The Baker Hotel project.

“There is not a single dollar that exchanges before something is done,” he said. “I think that has been alleged and accused, that the city is writing checks to fund the project. There’s nothing here that’s upfront, this is performance-based.”

There are also protections in place for the city within the contract.

“If there’s a stoppage of the hotel in operation, then there are clawback provisions where money has to be returned to the EDC, the city and the TIRZ,” Hawes said. “I think everybody can see from this agreement and the way it’s laid out, it’s very conservative, it’s very protective of the citizens and the city of Mineral Wells in general.”

The final agreement was reviewed and approved by the Mineral Wells city council, following approval recommendations from the TIRZ board and EDC board, and then signed by Mayor Regan Johnson on Tuesday. The Baker Hotel Development Partners is set to sign the agreement in the near future.

Theatre Off The Square to present ROCKET MAN