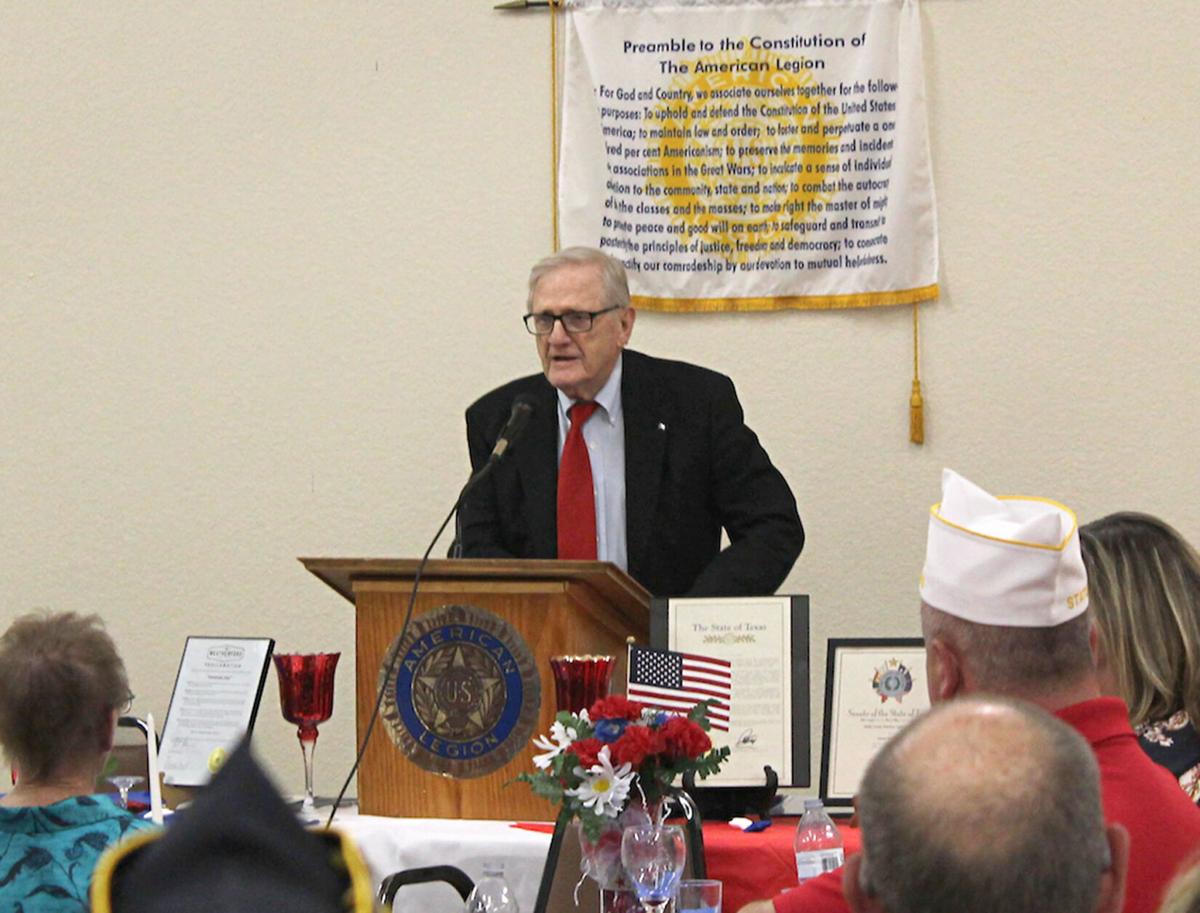 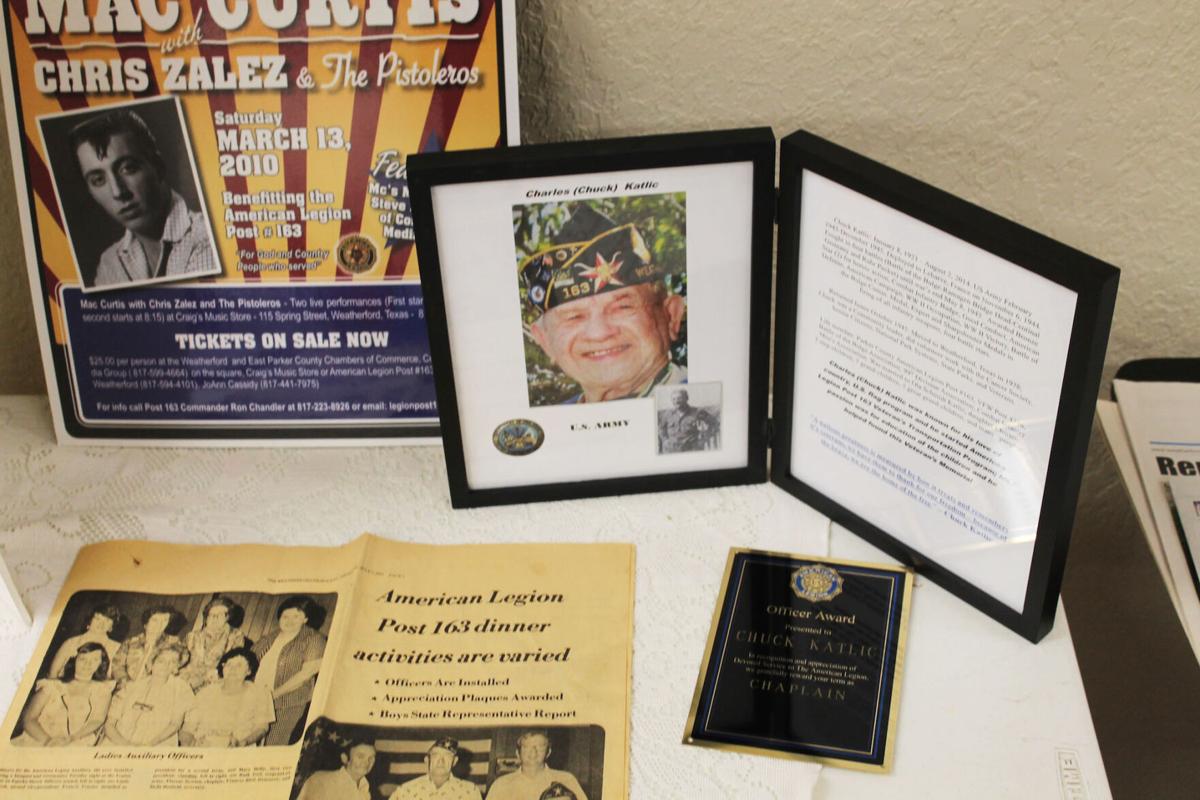 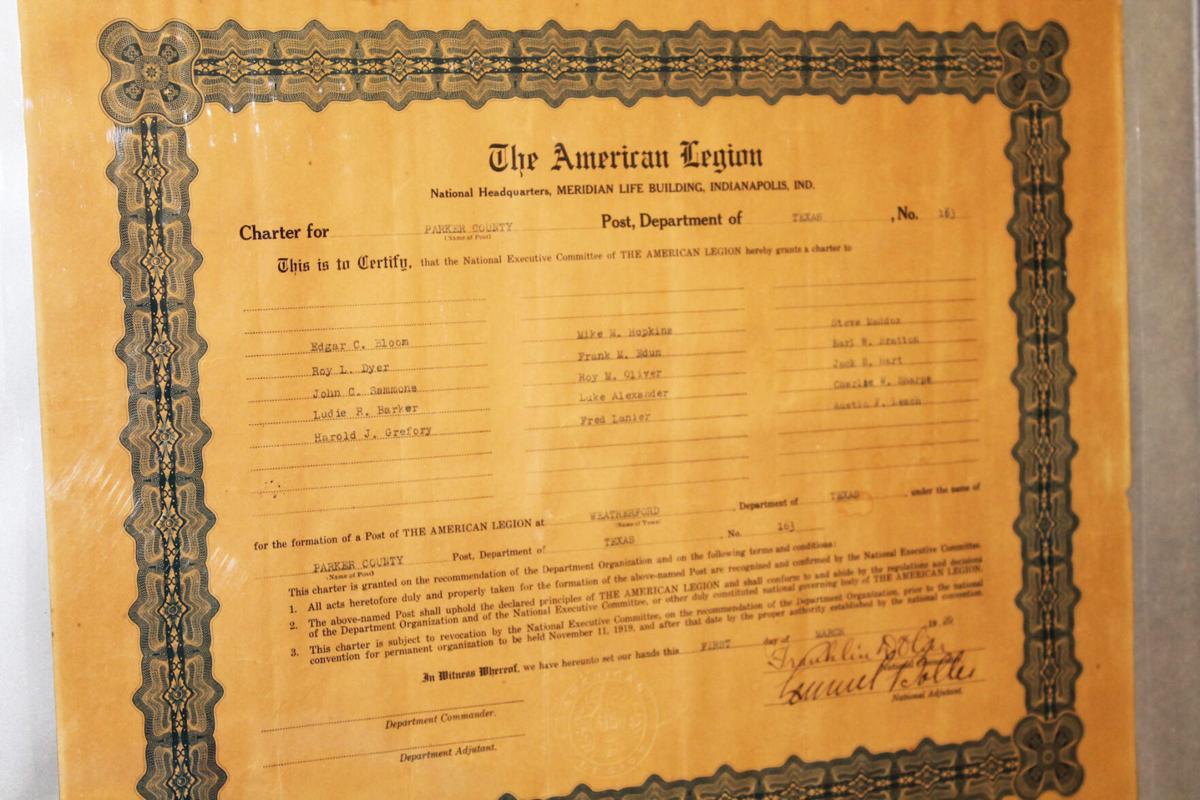 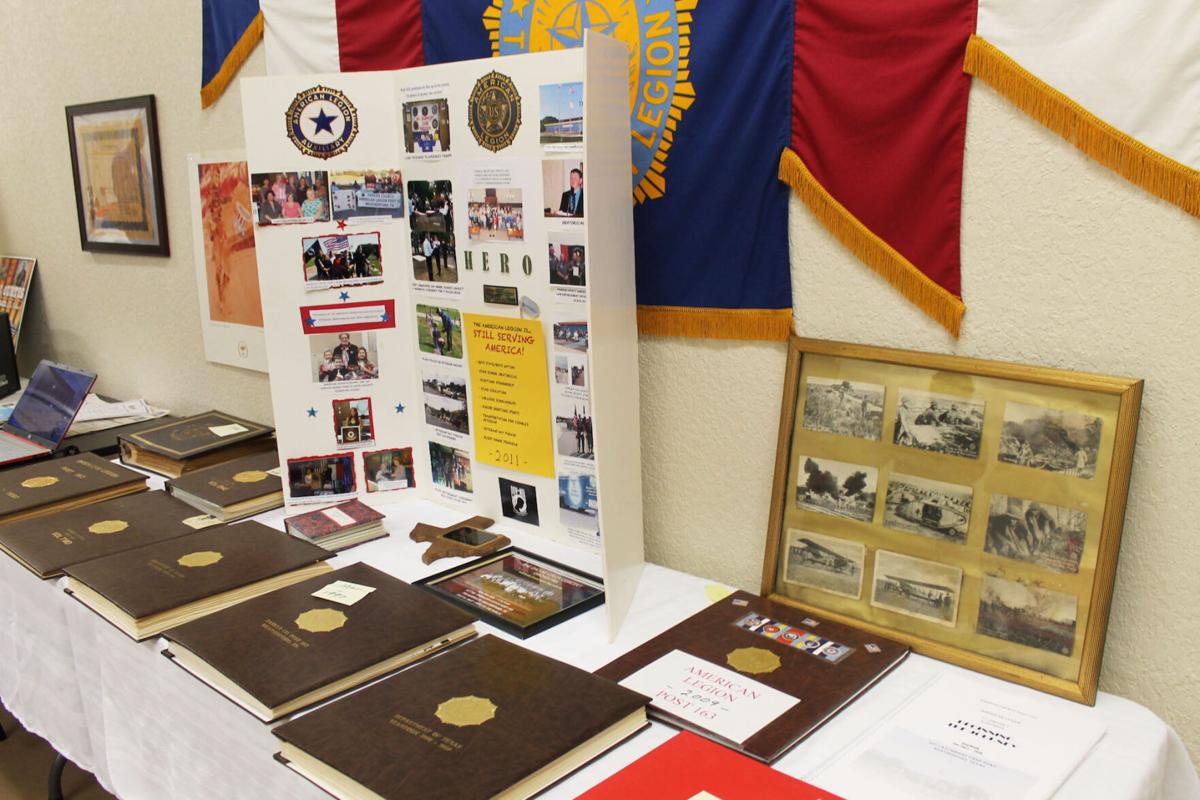 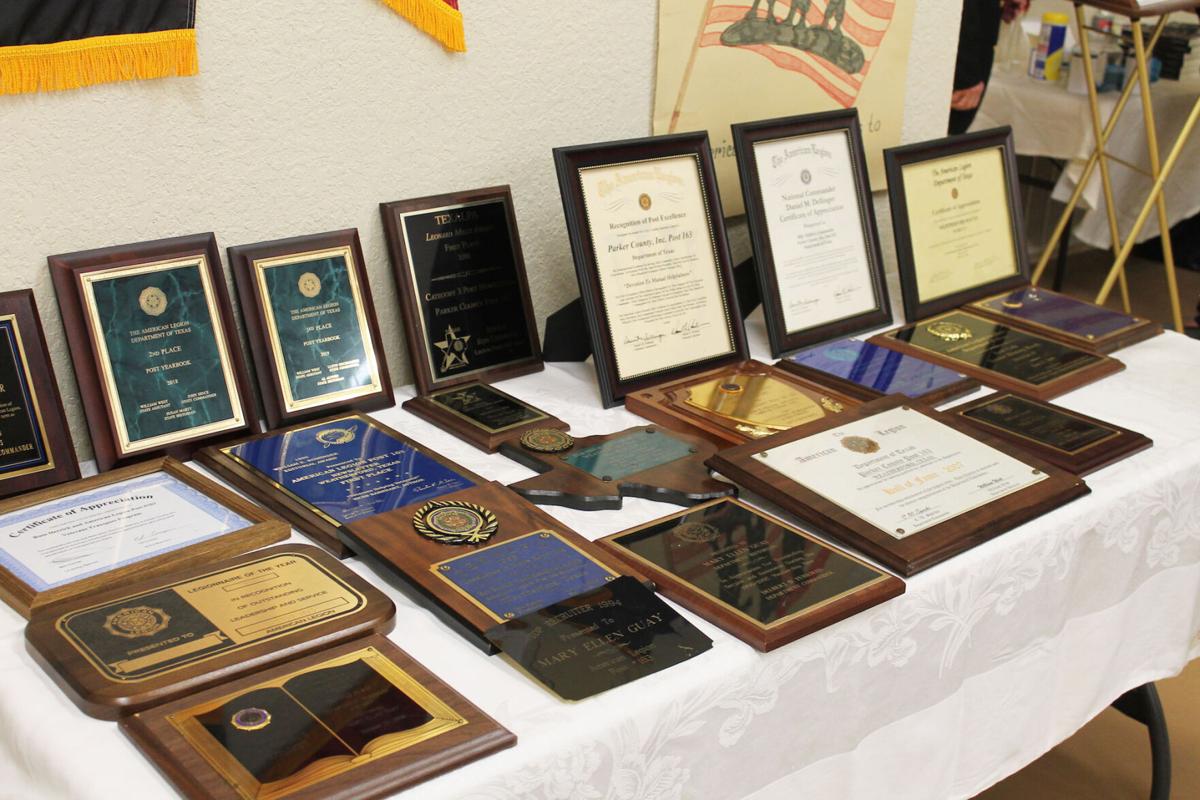 It’s not every day that a business or organization turns 100.

In celebration of the American Legion Post 163’s centennial anniversary, the post hosted an event Friday night to recognize such an honor, with guests treated to a well-documented collection of history and memorabilia, recognition from local leaders and special guest speaker Dr. Bill Knight.

Weatherford Mayor Paul Paschall, Judy Flanagin with the office of state Rep. Phil King, Jennifer Lundy with Sen. Pat Fallon’s office and Rep. Drew Springer were among those to congratulate the post on its 100-year milestone, with proclamations and certificates of appreciation.

Centennial Committee Chairperson and Acting Commander of the Sons of the American Legion Andy Browning said the three-person centennial committee had tossed around some different people to welcome as the guest speaker.

Browning, a funeral director at White’s Funeral Home, was in charge of funeral arrangements for Knight’s brother, Air Force Col. Roy Knight in 2019, calling it one of his “greatest honors.”

Roy Knight was shot down in 1967 in northern Laos. His remains were discovered and identified in June of 2019. In July, Knight’s remains were flown back to Love Field Airport in Dallas by his youngest son, Southwest Airlines Captain Bryan Knight, and he was laid to rest at Holder’s Chapel Cemetery in Cool.

“[Our committee] had talked through a couple of people, and one name immediately came to mind,” Browning said of the selection of Bill Knight. “This gentleman has lost a brother to the Vietnam conflict over Laos, and he lost another brother in World War II, Jack Knight.”

Bill Knight’s family history was the inspiration behind his book, “My Brother Jack,” published in 2014, which details the Knight family and siblings, who were raised in the Millsap area.

“The reason I’m here is because of my older brothers,” Knight said. “I’m the seventh son — we also had a sister — and I feel honored to represent them.

The bombing of Pearl Harbor struck a chord in the oldest Knight, Jack, Bill Knight said. “After that, he was itching to get into that war.”

In November of 1940, Jack and Curtis Knight enlisted in the Texas National Guard and in 1944, Jack was sent overseas.

“Jack got the opportunity and made the most of it,” Bill Knight said. “I just wished he hadn’t been so dedicated to his job, because he went after them — he didn’t stop.”

As a first lieutenant in the 124th Cavalry Regiment, Mars Task Force, Knight single-handedly destroyed two Japanese pillboxes and led his rifle platoon in an attack on other enemy positions.

“He didn’t lead from behind, he led from the front,” Bill Knight said. “Within 15 minutes, he was dead, and Curtis had been shot through both lungs and been evacuated.”

“Curtis survived, and a year and a half later, he was playing baseball with the best of them,” Bill Knight said.

Herchel, the fourth brother, was a signalman on the USS Maryland, and was sent in “to mop up and wait for the invasion of Japan,” Bill Knight said. “He probably had more guts than any of them, and his job took it.”

While aboard the USS Maryland in the South West Pacific, Herchel Knight stayed in the crow’s nest as a signalman, and though his ship was hit twice, he managed to get through it without a scrape, Bill Knight said.

Another brother, RC (Robert Clinton) spent time in Korea as a reconnaissance officer, and after that came Roy, who joined the Air Force at 17.

Roy Knight obtained his pilot’s license in 1966, completed A-1 Skyraider Combat Crew Training, then deployed to Southeast Asia where he served as an A-1 pilot with the 602nd Fighter Squadron at Udorn Royal Thai AFB, Thailand, from February 1967 until he was killed in action over Laos on May 19, 1967.

“He was on a bombing mission when he got shot down — they were bombing a site in Laos — and we knew he was killed,” Bill Knight said. “We knew he died that day but we never got confirmation on him until about two years ago this time.”

Knight left behind a wife and three children — two sons and a daughter.

“I don’t say this often, and I’m not criticizing a single person that went over there to fight, but that was a sorry war,” Bill Knight said. “I hate that that happened because it destroyed [Roy’s] family.

“Fortunately, he was with those [kids] long enough for enough of his grit and compassion to rub off on them.”

For his part, Bill Knight also served in the military with the Army from 1954-56.

“They sent me to Germany, I have stationed in Munich, and I felt like I had an 18-month European vacation,” he said.

After his service, Knight graduated from Weatherford College and spent his career as an educator, including a stint as principal at Millsap High School. He was also recognized with the WC Distinguished Alumni award in 2015.

Following the family trend, he and his wife of almost 63 years had three sons.