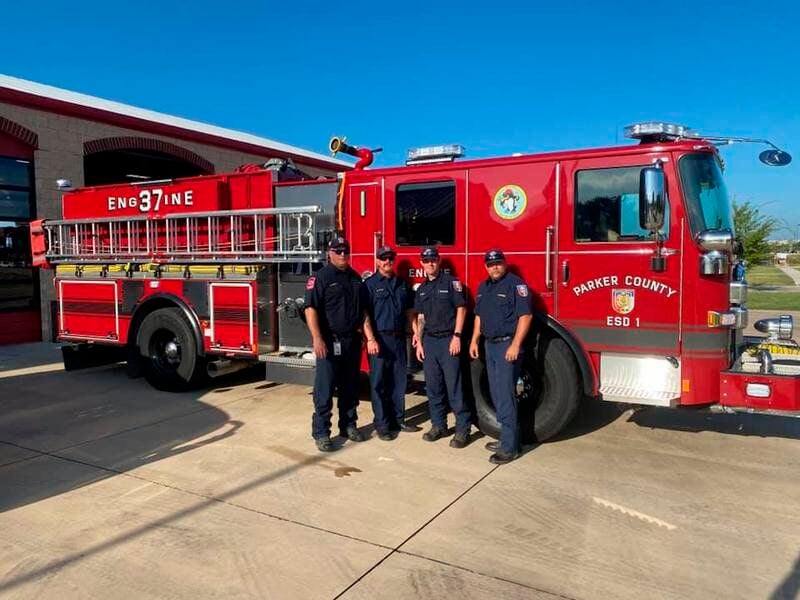 Parker County ESD 1's Engine 37, out of Annetta, has deployed to Louisiana to help recovery efforts after Hurricane Ida. 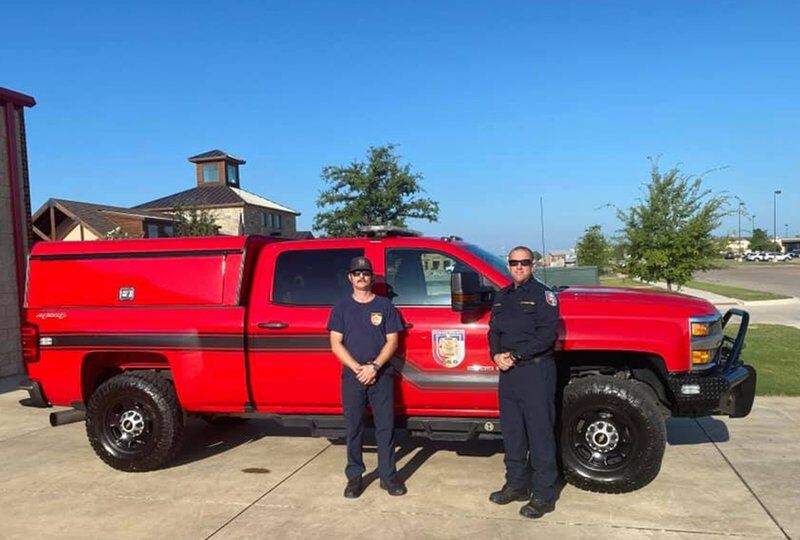 ESD 1 Battalion Chief Chris Balough was deployed to Louisiana as the leader of a strike team consisting of engines from Beaumont, Hewitt, Weatherford, Athens and Lufkin.

Parker County ESD 1's Engine 37, out of Annetta, has deployed to Louisiana to help recovery efforts after Hurricane Ida.

ESD 1 Battalion Chief Chris Balough was deployed to Louisiana as the leader of a strike team consisting of engines from Beaumont, Hewitt, Weatherford, Athens and Lufkin.

WEATHERFORD — When Hurricane Ida hit the coast of Louisiana this week, it was all hands on deck. In true first responder fashion, emergency crews, including several from Parker County ESD 1, loaded up and headed out to offer aid.

ESD 1 Battalion Chief Chris Balough was deployed as the leader of a strike team consisting of engines from Beaumont, Hewitt, Bedford, Athens and Lufkin.

"Basically, you've got 20 guys on five fire trucks who all don't know each other, and you put them all together and go help," ESD 1 Fire Chief Stephen Watson said. "That's his strike team."

ESD 1 also deployed one if its own engines, Engine 37 out of Annetta, which is paired up with units from Fort Worth, Sanger and Waxahachie.

The crews got the call Sunday afternoon and headed out first thing Monday morning, staying the night in Addis before splitting up to cover areas of Louisiana that have requested help.

The response is part of the Texas Intrastate Fire Mutual Aid System, maintained by the Texas A&M Forest Service, which uses rosters from departments all over the state to aid when there is a mutual disaster.

"Hurricane Harvey was the biggest deployment since TIFMAS started," Watson said. "It's kind of like a standing army that's not there until you call them up and it's all made up of different fire departments that come together to create a response."

During Harvey, ESD 1 provided aid to the Beaumont fire department, supplementing for a week with personnel and equipment.

"What we did during Harvey is we went to Beaumont, because part of the city was flooded, but all of their water infrastructure was wiped out — they didn't have any running water in the city and a lot of their firemen were stuck in Louisiana and couldn't get to Beaumont," Watson said. "A lot of their trucks had gotten flooded and they were out of resources, so we [filled in] until they could get things sorted out."

ESD 1 and surrounding areas in the greater Metroplex area are part of the north branch. Firefighters and their teams are grouped by their respective disciplines, which include all-hazard, wildland, special operations (such as swiftwater rescue and structural collapse) and incident management.

"A lot of that is stuff they train for at home anyway," Watson said. "We specialize more in the wildland side of things and the urban areas specialize in the collapse rescue and that kind of stuff."

"With all of our guys, we keep a rotation list — we call it the incident management team — and it's separated out by all-hazard and wildland. Different guys are on different lists, depending on where they are in their training," Watson said. "When we get a request from the [Texas Department of Emergency Management] for however many guys, whoever's at the top of the list, we call them first.

"If they're good to go, then they go. If they can't because they have a family issue or something, then we work our way down the list."

Once they get the call, Watson said they typically try to be mobilized within four to six hours.

When leaving Louisiana this week, the crews prepared for a maximum of 14 days of deployment.

"A lot of times with a hurricane, they don't know how big the need is going to be until some of the damage assessments start coming in," Watson said. "With Harvey, we left prepared for 14 days and we were deployed for eight days."

If the needs prove greater than 14 days, departments and crew members can swap out for each other, as was the case in California.

And when they are deployed, personnel who stay behind double up on shifts to cover their spots. ESD 1 also used one of its reserves to replace Engine 37 in Annetta.

During the deployments, departments are reimbursed by the Federal Emergency Management Agency for personnel costs and equipment rental.

"They pay to rent the first truck and the equipment on it, and the vehicle that our Strike Team leader is in," Watson said. "An engine earns roughly $117 an hour, so if they're deployed for a week, that's $8,000-$9,000 after fuel and costs."

Following the California deployment, ESD 1 had a net profit of almost $100,000, which went back into its capital replacement fund.

When it comes to personnel, firefighters can use their deployments to rise through the tiers, working their way up to a strike team leader. And sometimes, those deployments and working relationships with strangers in the same field can lead to lifelong friendships.

"These are neat opportunities that the guys get and they're in this kind of work for a reason — they want to go help people," Watson said. "They're always ready to go respond to something like that."

Though Parker County has several resources nearby should a major disaster happen upon the area, Watson said it's important for them to contribute to the TIFMAS system, "because some day, we may need it."