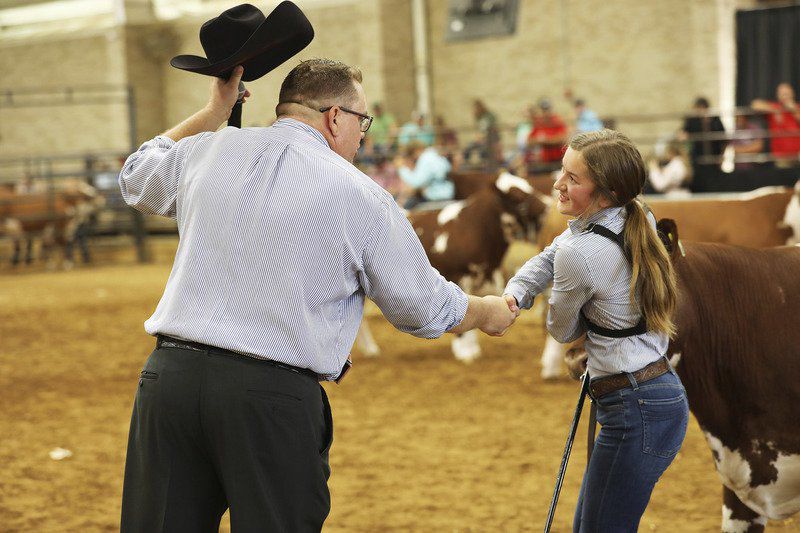 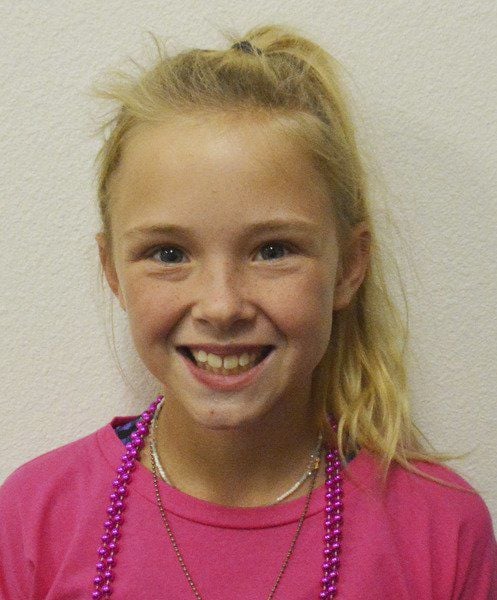 After much preparation, two students from Brock ISD brought back wins from the State Fair of Texas youth livestock show competitions earlier this month and last month.

“The student wins are incredible,” BISD Agriculture Science Coordinator Dave Marcath said. “It’s really neat to see kids have a goal, a plan and put it into action, and then see them reap the benefits of that success. There’s a lot of hard work that goes into it by the kids and parents, and it’s neat to see it come to fruition.”

O’Leary has shown at the state fair for three years but hasn’t won until this year. She has shown many steer breeds but favors Herefords.

The win was special to O’Leary because her family raised the steer themselves.

“It was a really good feeling, just hard work paid off,” O’Leary said. “It just felt really good to win with one that we had raised, and one of my goals in my show career is to win a breed with one we raised. I got to check that off, so that felt good.”

O’Leary sold her winning steer for about $10,000, which will help her pay for college. She wants to graduate from Texas Tech University but go to a junior college first to earn scholarships. She is still considering her career options, such as agriculture business or communication.

“I know I want to do something that has to do with agriculture, I just don’t know what,” O’Leary said. “If it was my choice I’d work for someone that shows cattle.”

Though the winning steer wasn’t her favorite, selling him made O’Leary emotional.

“Usually the ones I don’t like, I don’t cry, but this one I got upset,” O’Leary said.

O’Leary said another reason why she was more emotional at the sale could be because she is approaching her final year of high school. She has been showing livestock since she was 6 years old.

“My parents both showed growing up,” O’Leary said. “I’m happy they started me so early because I love it so much. I don’t know what I’d do if I didn’t do it.”

Showing livestock is part of O’Leary’s identity, she said. She’s made friends and has been able to travel for competitions.

“It’s just a part of me, and that’s who I am,” O’Leary said. “I love animals, and I love getting to go out to the barn every day and work with them and watch them grow up. I love going to shows and seeing friends.”

This was Burks’ second year to compete at the state fair. She brought three hogs to the contest. Burks said she only works with hogs and likes them. When asked if the hogs have a sweet personality, she said: “Some of them, [but] some of them can be a little wild.”

Burks has been showing hogs for three years, and she likes the competition and learning to take care of the animals.

“They have to take care of something twice a day no matter what, if they feel like it or not,” Marcath said.

“They don’t always win all the time,” Marcath said. “It’s good for kids to learn that not everything always goes our way, and it’s good for them to bounce back from the struggles and to celebrate the bad times.”

To prepare for the competition, the students put their attention to their animals’ hides and skin.

Burks said she fed the pigs a supplement to make their skin smooth and healthy-looking.

“We give them baths, we walk them,” Burks said. “You never know when a judge ... how long they want them to be in an arena, and so we walk them a long time so they’re not like panting or anything.”

O’Leary said she sheered her steer about a month or two prior to competition. She rinsed the steer daily, washing once a week and conditioning as well.

BISD Superintendent Cade Smith said the district is proud of the girls’ wins at the State Fair of Texas.

“The countless hours of hard work and commitment that they put into their projects are unmeasurable, and to have such great success is truly outstanding,” Smith said. “These two ladies and many other exhibitors from Brock FFA helped showcase our school district’s commitment to excellence and the pride of our community.”

In light of her win, O’Leary thanked her parents and Marcath.

“None of this would be possible without parents,” Marcath said. “You’ve got to have parent involvement, too.”