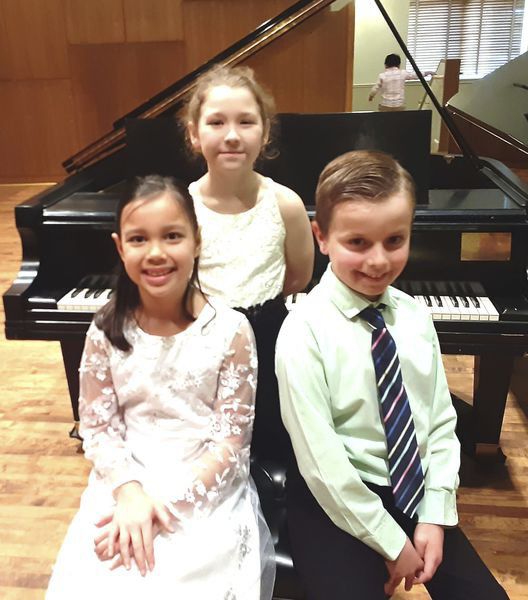 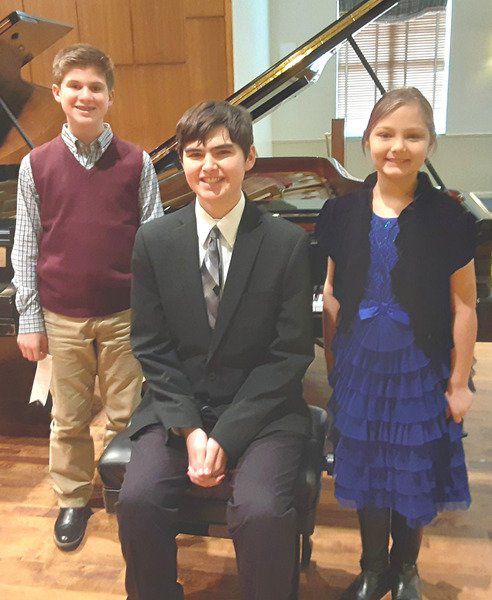 From left are Reed Johnson, Matthew Zarkivach and Elizabeth Phillips. 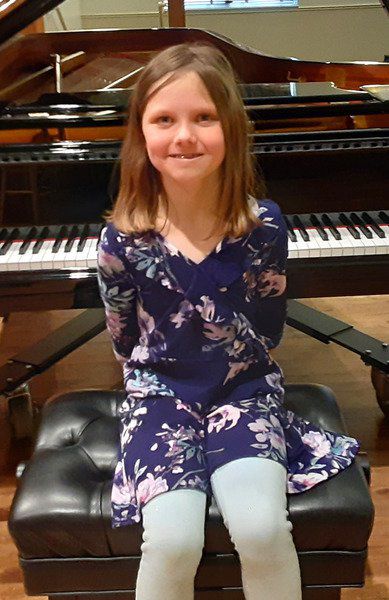 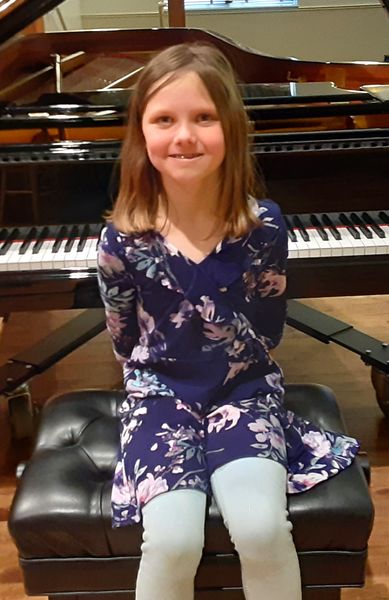 From left are Reed Johnson, Matthew Zarkivach and Elizabeth Phillips.

The Texas Federation of Music Clubs sponsored their annual Junior Festival on Feb. 22, at Texas Wesleyan University in Fort Worth. Over 25 teachers across the Metroplex prepared and entered students in this festival and the Burch School of Music in Weatherford entered 69 students to perform piano solos for judges. Two students also performed concertos. These students were from Weatherford, Aledo, Fort Worth, Mineral Wells, Palo Pinto, Springtown and Azle.

Students who earned any kind of Superior rating (Superior Plus, Superior or Superior Minus) qualified for a state competition in San Marcos, to be held in May.

Fifty-eight students qualified for the state competition, and of those 58, 25 received the top rating of Superior Plus. Those students were invited to perform on one of four honor recitals held throughout the day of the festival, where they received a ribbon of participation.

Teachers from the Burch School who prepared them were Holly Hughes, Russell Hughes and Steve Lent.