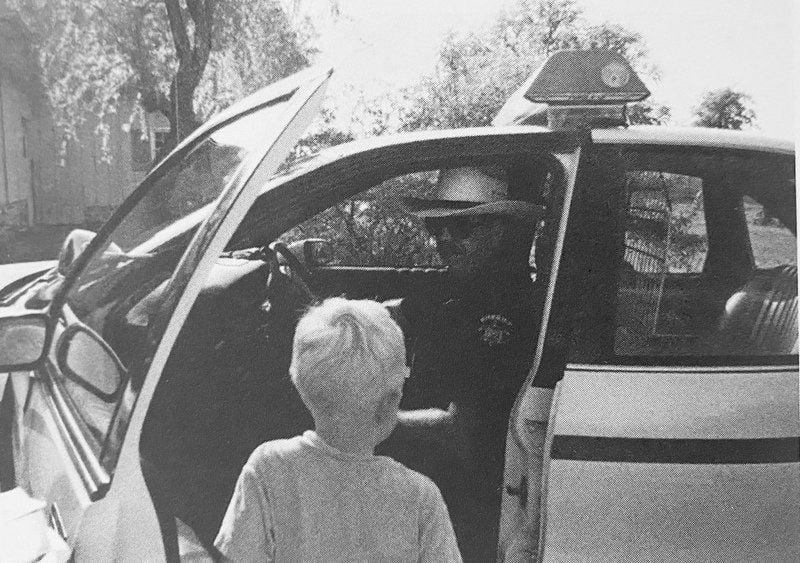 Barry Goodson saying goodbye to his son, Brad, before heading on patrol. 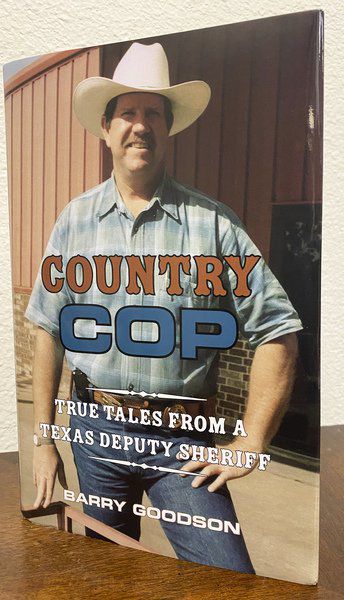 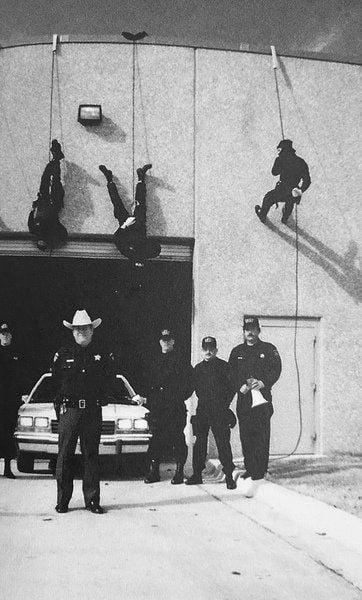 Barry Goodson saying goodbye to his son, Brad, before heading on patrol.

Verbal hazing from fellow deputies at the Parker County Sheriff’s Department was intense in the early 1990s, as Annie Carbone recalls it. At 24, she became a rookie deputy at a time when women with badges and guns were uncommon and often unappreciated by their male counterparts.

“I was the third female officer there, and the other two didn’t last very long,” Carbone said. “A lot of the guys were still old school and didn’t think that women needed to be in law enforcement. I had comments made to me that I needed to be at home barefoot and pregnant and didn’t need to be out trying to do a man’s job. It was difficult.”

Learning a new job and dealing with the public in high-pressure situations was tough enough without enduring harassment from co-workers. Carbone isn’t sure she would have survived without the support of her patrol sergeant, Barry Goodson, who recently published Country Cop: True Tales From a Texas Deputy Sheriff.

Carbone remembers Goodson counseling her with patience and understanding that was life changing. Goodson, a former U.S. Marine who saw combat in Vietnam, was relatively new to law enforcement after a mid-life career change. He carried himself with an assurance, kindness and integrity that settled Carbone.

“There were a couple of times I wanted to give up,” she recalled. “He’d talk me through it. He showed a lot of respect and did a lot of training with me as far as self-defense and how to cope and deal with the pressures from the guys.”

Now 50, the seasoned Carbone is a patrol sergeant herself at the Willow Park Police Department. She worked 21 years as a Parker County deputy before moving on, and she relies on Goodson still from time to time.

“I have been truly blessed that he was in my life back then and that he is still in my life now,” she said. “I still go to him if I have questions about how to handle something. He is still my role model and my mentor.”

Her devotion is easy to understand after reading Goodson’s new book. (His first, Cap Mot, describes his military service.) In Country Cop, Goodson aw-shucks his way through various chapters that describe what it is like to wear the deputy’s badge. The memories are nail biting when he describes responding to domestic violence calls or patrolling far-flung county roads with little if any backup units. More mundane elements of the job are covered as well, and it’s all delivered in Goodson’s unique writing style. (Imagine John Wayne dictating a police report in that pseudo-formal manner favored by Old West characters ala HBO’s Deadwood or Larry McMurtry’s Lonesome Dove.)

Goodson comes across as smart, humble, and likable in the book and no different during a recent phone conversation from his home in Florida. He moved from Parker County five years ago to be close to his daughter and grandchildren and works now as a criminal justice professor.

“I want to move back to Texas, but I was overruled by the family,” he said with a chuckle. “I’m still very devoted to Parker County and Weatherford and always will be. I still have a lot of friends there and go back and visit as often as I can.”

His first book describes his unusual experiences in Vietnam serving in a special-ops group known as CAP Marines. He’d been a combat soldier and disliked seeing the destruction of homes and communities among the Vietnamese farmers. With the CAP outfit, he and other Marines hunkered down with the farmers and villagers to protect them against North Vietnamese attackers.

“I returned to my home in Texas proud of my contributions to the Vietnamese people I had grown to trust and love,” he writes.

After the war, he earned a business degree at Texas Christian University and worked at various engineering firms before taking a cut in pay to begin a new career in law enforcement in 1989. He was seeking a calling that gave him the same satisfaction he felt when helping Vietnamese farmers. For two decades, he felt that way wearing a badge for the county and wanted to share those experiences with others.

Country Cop does an excellent job of allowing readers to don a deputy’s boots.