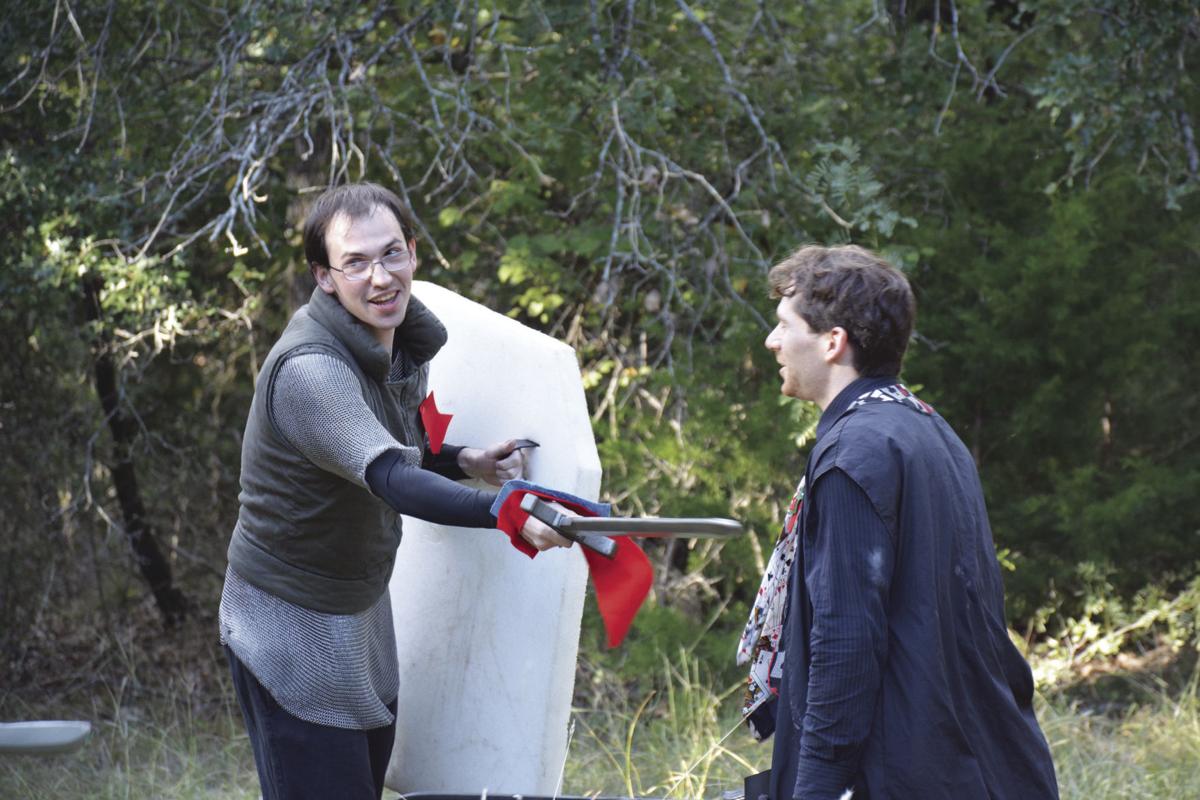 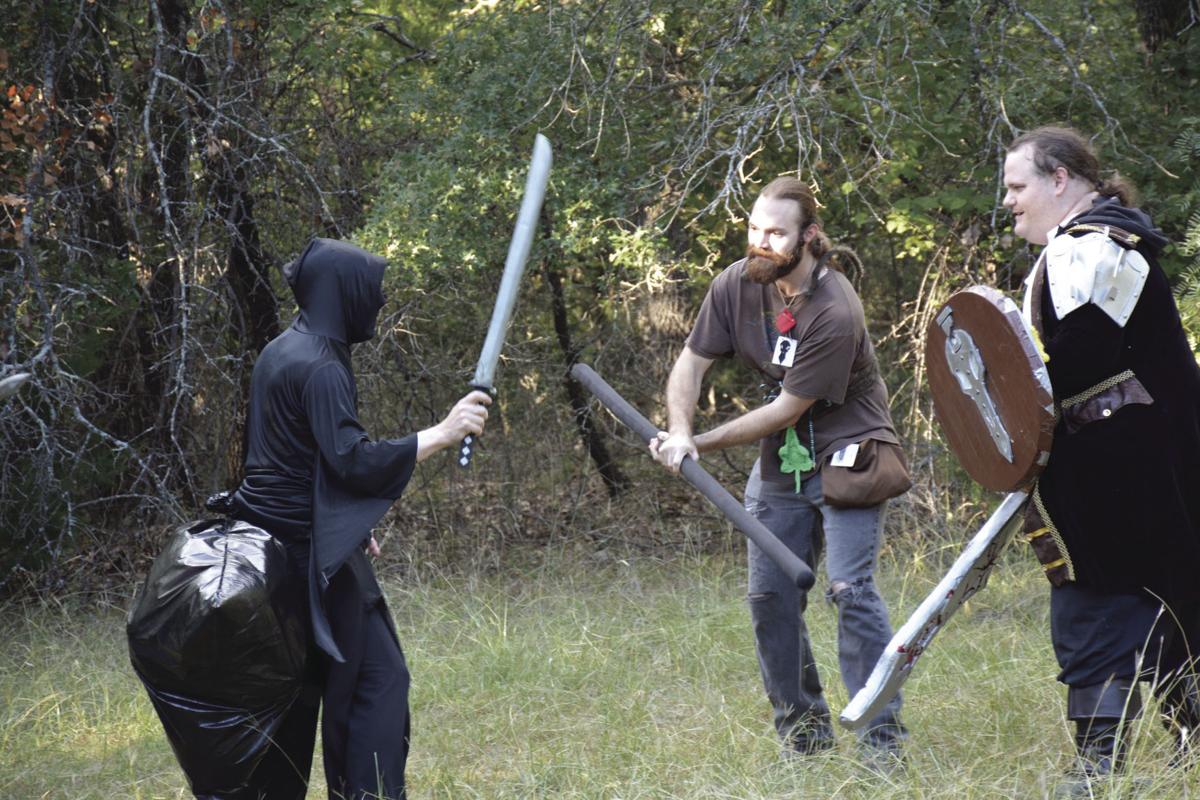 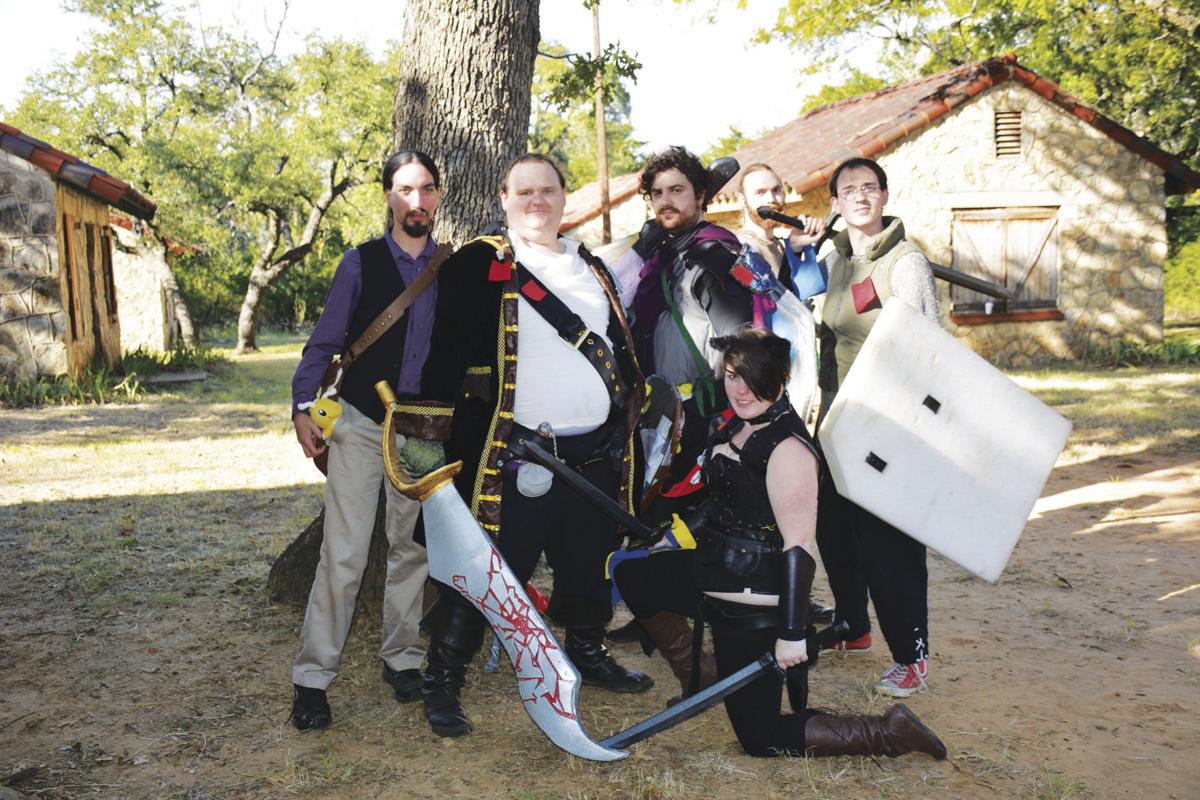 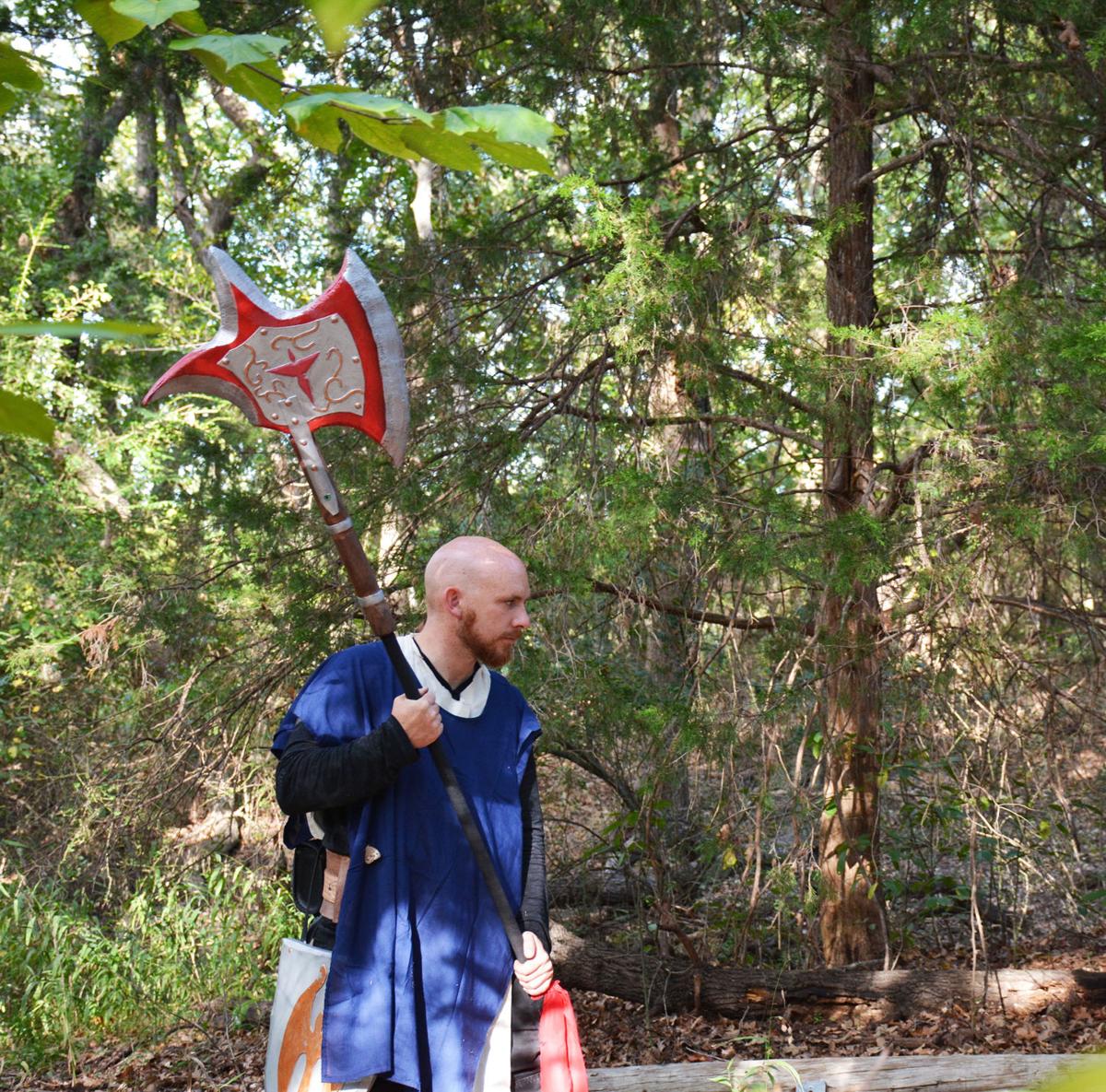 Once a month, the woods in Holland Lake Park become an enchanted forest for the Dallas International Fantasy Gaming Society (DIFGS).

The International Fantasy Gaming Society, to which the Dallas chapter belongs, is a “nonprofit organization that produces fantasy-themed live action roleplaying events.”

Membership in DIFGS – which is made up of a diverse group of students, software engineers, doctors, massage therapists and martial arts instructors, to name a few – is about a 50-50 split between the Dallas area and the Weatherford area, Knight said, which led to the group hosting monthly events in Holland Lake Park.

LARPing is “essentially theater on the hoof,” Knight said. Players create their own characters to participate in quests and missions in a fictional fantasy world, physically acting out the game and combat in real life.

Games can be based in existing fantasy worlds. For instance, the series of games held from Oct. 7 – 10 incorporated elements of ABC’s “Once Upon a Time,” a fantasy drama show that features characters from Disney movies and other popular mythologies.

The first thing players do is create their in-game character, Knight said.

There are several different classes of characters and skill sets – some specialize in magic, while others excel at ranged or melee combat, or rely on stealth to navigate the world of the game.

The power of a character’s skills is determined by the character’s level, which ranges from one to 10. It takes years of playing and gaining experience to reach level 10, DIFGS member Brad Evenson said.

“It takes a long time playing one character to get it that high,” he said.

Each character has a distinct personality and falls somewhere on the spectrum of good and evil, which affects their behavior in the game and how they interact with other players.

For example, a character whose behavior is classed as “chaotic evil” might not get along so well with a team, Knight said.

Teamwork is at the core of LARPing, as players are more likely to survive dangerous encounters in the game if they are part of a team, Knight said.

The plots of the games are written by DIFGS members, who decide how difficult courses will be and create a series of obstacles and enemies for the players to defeat.

Games are reviewed by a committee before they are sanctioned by DIFGS in order to ensure the games are fair and winnable by players.

“It can’t be too easy, and it can’t be too hard,” said DIFGS member Patrick McGehearty. “The challenge is to make it hard enough to where we really have to work for it, but not completely wipe us out.”

Each game is assigned a difficulty level of one to 10, with 10 being the most difficult that involves the most “risk.”

The main risk is that characters can die in the world of the game. Death in the game is permanent and lower level players are cautioned not to bite off more than they can chew, Knight said.

Risks can come in the form of NPCs – or non-player characters – who populate the route the group takes, popping up as enemies, obstacles to overcome or as helpful allies.

The monthly tournaments have had a beneficial side effect for the Weatherford Parks and Recreation Department, Knight said.

But when the players are there vandalism is non-existent, Knight said.

“When there’s a big group of people out here, the vandals stay away,” he said. “So it’s really a win-win for eve.”

The players also work to leave the park “better than they found it,” Knight said, and have enjoyed a mutually beneficial relationship with Weatherford Parks and Recreation.

Unlike other LARPing groups DIFGS focuses on having fun, Knight said.

The group’s main goal is to be fully inclusive and connect like-minded people to create lasting friendships.