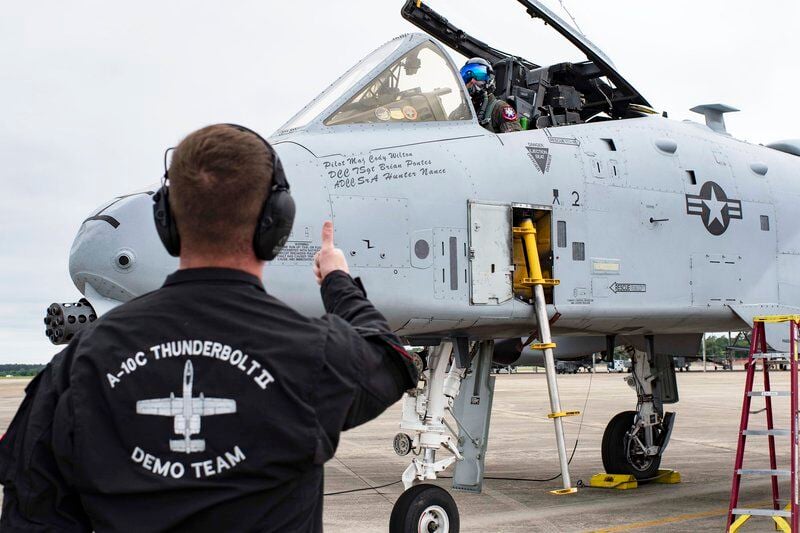 Mineral Wells native and U.S. Air Force Major Cody Wilton will be performing in the Fort Worth Alliance Air Show Oct. 17-18 as part of the A-10C Thunderbolt II Demonstration Team. 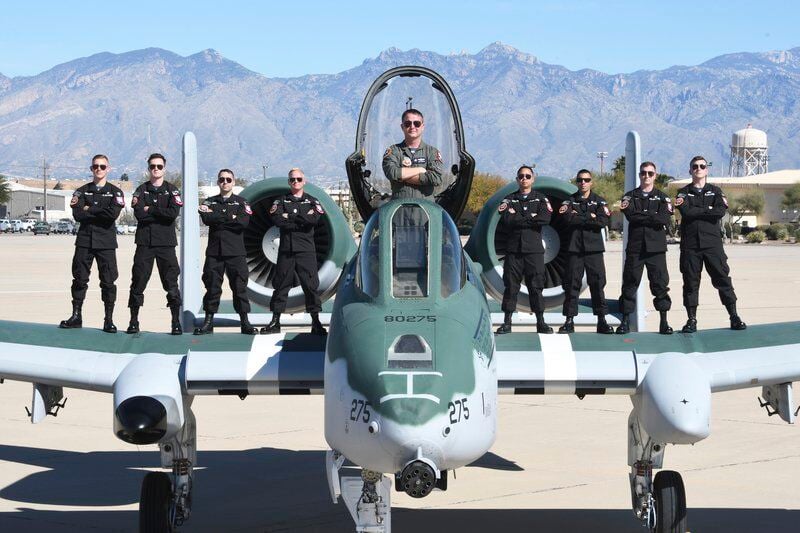 Mineral Wells native and U.S. Air Force Major Cody Wilton will be performing in the Fort Worth Alliance Air Show Oct. 17-18 as part of the A-10C Thunderbolt II Demonstration Team.

Serving in the U.S. Air Force for just under 20 years, Major Cody Wilton, a Mineral Wells native, has been flying high as part of the A-10C Thunderbolt II Demonstration Team out of Arizona.

“I enlisted in the Air Force in January of 2001, pre-Sept. 11, and the reason was because my whole family was in the military and that’s just what I grew up around and I always wanted to fly airplanes. My grandfather retired in Mineral Wells, he was in the Navy, and then my stepfather was in the Navy as well and my dad was in the Marines back in Vietnam,” Wilton said. “They made me an airborne linguist so I actually went to language school and learned Russian. I then served on an airplane as air crew doing electronic work and from there I went to be an interpreter out in Washington, D.C. So I was enlisted until 2009 and then I earned a commission to become a pilot and become an officer.”

Wilton’s father, John Foreman, who is also a resident of Mineral Wells, said he is proud of his son.

“I’m a retired Navy senior chief and to see my son go farther than what I ever imagined I could go, I have all the admiration in the world for him,” Foreman said. “Typically when you’re the father, you’re the hero, but it has reversed roles in this matter — he’s gone up and beyond — so my son is one of my heroes.”

Prior to joining the A-10C Thunderbolt II Demonstration Team, Wilton had been flying the A-10 for about six and a half years.

“I was working as an instructor and the demonstration team had an opening and I just thought it was a unique opportunity to travel around and show off the aircraft and show off what it is we do in the Air Force,” Wilton said. “Annually — obviously with COVID it’s a little bit different this year — we typically do at least 20 air shows traveling around the U.S. and internationally, and our job is to demonstrate the professionalism of the team, the maintainers and the pilots using the capabilities of the aircraft to do that.”

The A-10 “Warthog” Thunderbolt II is the first Air Force aircraft specially designed for close air support of ground forces.

“The best part by far is traveling around and flying the A-10, which is a close-air support aircraft known to support the troops on the ground on the battlefield, so you’ll get guys that will come up and tell stories about the time the A-10 saved their life in combat and those are the best interactions,” Wilton said. “The end goal is recruitment and taking and showing the Air Force off to people that maybe have no interaction. So hopefully when they start thinking about what they’re going to do when they’re 18 or 22 after college, the Air Force is an option that at least comes up in their mind a little bit.”

Wilton will be returning near his hometown to perform in the Fort Worth Alliance Air Show Oct. 17-18.

“I think it’s great for him to show what he’s able to do — represent the Air Force itself, represent the military community — it’s great and I’m very proud of that,” Foreman said. “I’m building a power plant in Pennsylvania right now and then we are flying down there to see him fly and of course to vote, you gotta do your civic duty, and I wanted to see how far The Baker Hotel has come too, and then we’re going to turn around and fly back up.”

Setting his eyes on retirement in December, Wilton decided to continue to fly A-10s mostly because of the COVID-19 pandemic.

“I was going to retire, but I’m actually separating and going to the National Guard to fly A-10s up in Maryland,” Wilton said. “The aviation industry got hit pretty hard so there’s not a whole lot of jobs out there right now and the guard needed some A-10 pilots, so luckily I have that to fall back on.”

“He’s come a long way from a little kid starting out in Mineral Wells, leaving the area because I was in the Navy, to coming back in his early high school years. To turn around and still count Mineral Wells as his hometown speaks a lot about the town,” Foreman said. “A lot of us moved away, but still, you have heartfelt feelings about the town you grew up in.

“He’s a hero to me and he’s dedicated to the military, to his family and to his country.”