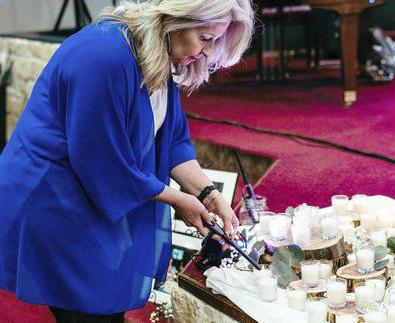 A Gathering Hope attendee lights a candle in the October gathering in Oklahoma. Moms can light candles in memory of their babies when they arrive. 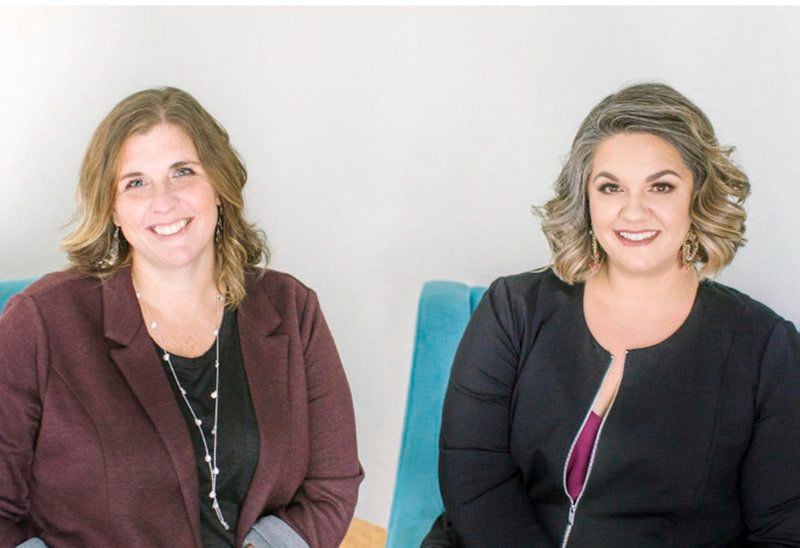 A Gathering Hope attendee lights a candle in the October gathering in Oklahoma. Moms can light candles in memory of their babies when they arrive.

When Aledo resident Peyton Lauderdale’s infant son died in 2014, she didn’t know anyone near her who had lost a child.

“I felt really alone, and I was not handling it well,” Lauderdale said. “It’s really traumatic.”

That changed when Lauderdale founded nonprofit Gathering Hope, which provides resources to women after miscarriage and infant loss.

Lauderdale received many sympathy cards in which people told her that they had also lost babies. When Lauderdale told her counselor that she felt called to help moms like her, the counselor helped her move the project forward.

The project started at St. Paul Lutheran Church in Fort Worth in 2015, and Lauderdale ran it by herself for the first year. After that, she took time off from Gathering Hope.

“I felt like we would always do it again, but I was really resistant to it because of how hard it was on me and my family, like spiritually it was really tough,” Lauderdale said.

Gathering Hope Co-founder and Weatherford resident Carol Vantine, who lost a baby in 2010, saw the Gathering Hope Facebook page and reached out to Lauderdale in early 2017. Vantine had started blogging and talking more about her loss.

“I wasn’t sleeping much those days; I was up a lot writing and thinking, and like my mind was always going,” Vantine said. “So I messaged Peyton like, ‘Hey, I love what you’re doing, and I’d love to help some time if you’re still doing this.’ I finally went to sleep, and the next morning I woke up to a message; she had already replied and she was like, ‘Wow, I would love that. Let’s talk.’”

The two met up to talk about their lost babies and Gathering Hope. From there, they started talking every day and working on the Gathering Hope project, which they set up at The Summit church in Aledo.

“We just wanted the ability to be on our own a little bit and just have that flexibility to grow in a way that we saw fit, not that there was anything wrong with the church,” Lauderdale said.

Today, the nonprofit hosts a yearly gathering in October, which allows women to share their stories and listen to speakers, Vantine said. Last year’s Texas gathering brought in about 150-170 women.

The biggest challenge Gathering Hope has had is financing the gathering, though it usually works out, Vantine said. Though the gathering has been free for women to attend, it costs about $75 per woman to host the event, which accounts for speaker fees, swag for attendees, food and decor. Vantine said Facebook fundraisers have been helpful to raise money for the gathering.

“People will share their baby’s pictures there that they don’t share anywhere else, and they say, ‘I’m just having a really hard day today,’ and other people don’t understand,” Vantine said. “I lost my son, it’s been almost nine years, and you still have bad days so it’s a safe place to say that without people going, ‘OK, it’s been nine years.’”

Gathering Hope has spread to Oklahoma, where a gathering was hosted this past year, Vantine said. A gathering in Delaware is planned for next year.

“Ideally, we would love to see it in every state,” Vantine said.

Lauderdale said the nonprofit serves moms who survived early miscarriages up to loss of newborns.

“I know that there are a lot of women who feel they cannot grieve as publicly as I did because I had a baby in my hands to show for it,” Lauderdale said. “They were also carrying a life and lost that life; it just happened to be so much tinier. We just believe that all of those lives are worth celebrating but also being given the chance to share your story and openly grieve because openly grieving helps you heal. If you always have to continually push that down and keep it private and tuck it away, it makes your healing process that much harder.”

Lauderdale said she is most proud that Gathering Hope allows people to share their stories.

“We have women who are saying their babies’ names out loud for the very first time, who are sharing babies that literally no one else knows about other than their partner or their spouse,” Lauderdale said. “We have women who even their own mothers, they don’t know that they’ve lost this baby. I am most proud that we create a safe, authentic, vulnerable space where people feel like they’re heard.”

For more information on the organization, visit www.gatheringhope.net/