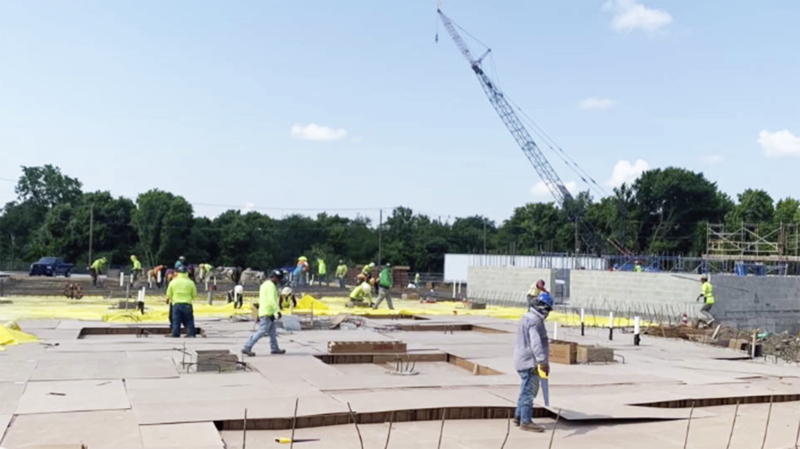 Construction crews work on Area A of the new Weatherford Public Safety Building. Steel is expected to be erected this week. 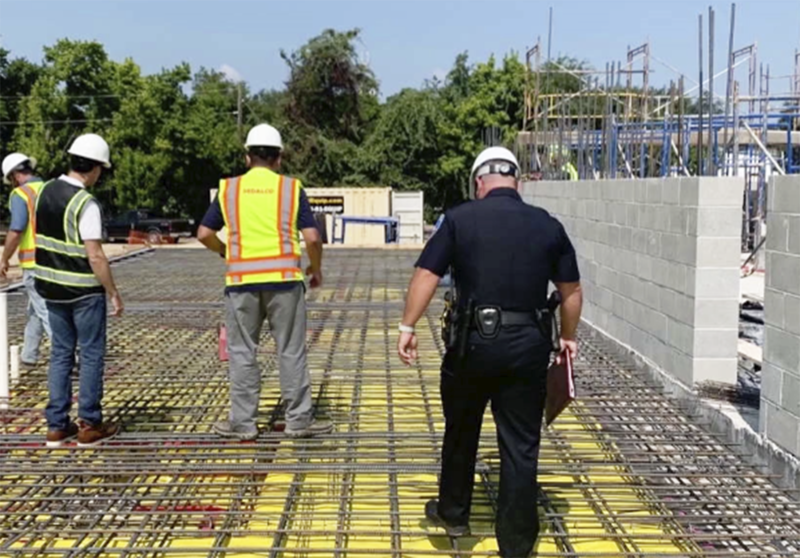 Construction crews work on Area A of the new Weatherford Public Safety Building. Steel is expected to be erected this week.

WEATHERFORD — It's been a little more than three months since the community gathered for the official groundbreaking of the new Weatherford Public Safety Building.

While not much can be seen by drivers passing by, lots of work has been done "behind the scenes" since that time, Director of Public Safety Lance Arnold told council members Tuesday during the first quarterly project update.

More than 190 piers make up the property, which had foundation poured early Tuesday morning. Steel, which was delivered last week, is expected to be erected later this week, Arnold said, and about 90 percent of the parking lot has been poured, which means more access for emergency vehicles as crews begin to erect steel.

Despite 13 inches of rain in May, as documented by city manager James Hotopp, construction is still "on time and on budget" with crew members being able to pivot and work on other items during bad weather days, Arnold said.

Another major city project underway is the downtown bypass, which is on track to start construction of Phase 1 in early 2023, council was told.

"On June 24, we had a historic commission tour, which was a rolling tour to get local knowledge and historic assets recorded in our analysis," he said.

The group of about 20 commission and community members began at the Santa Fe and Fort Worth Highway intersection, worked their way to Austin and Bridge streets, moved on to the second location of Waco and Bridge and down to Waco and Spring streets, taking and recording input.

Marbut said they hope to have a public meeting in the near future, and scheduled another quarterly update at the Oct. 26 council meeting.

The bypass project aims to bring back the original historic downtown square — developing Heritage Square as a livable downtown with entertainment, restaurants and pedestrian-friendly walkways — by moving through traffic away from downtown and truck traffic to the Ric Williamson Memorial Highway loop.