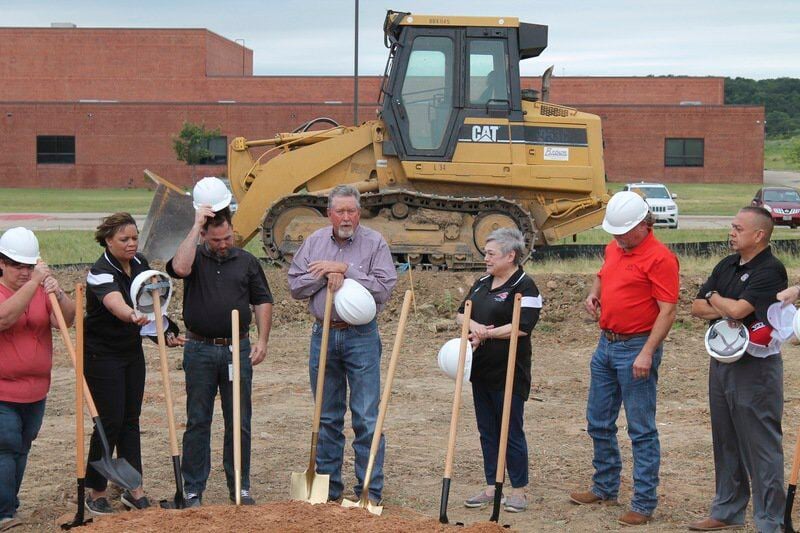 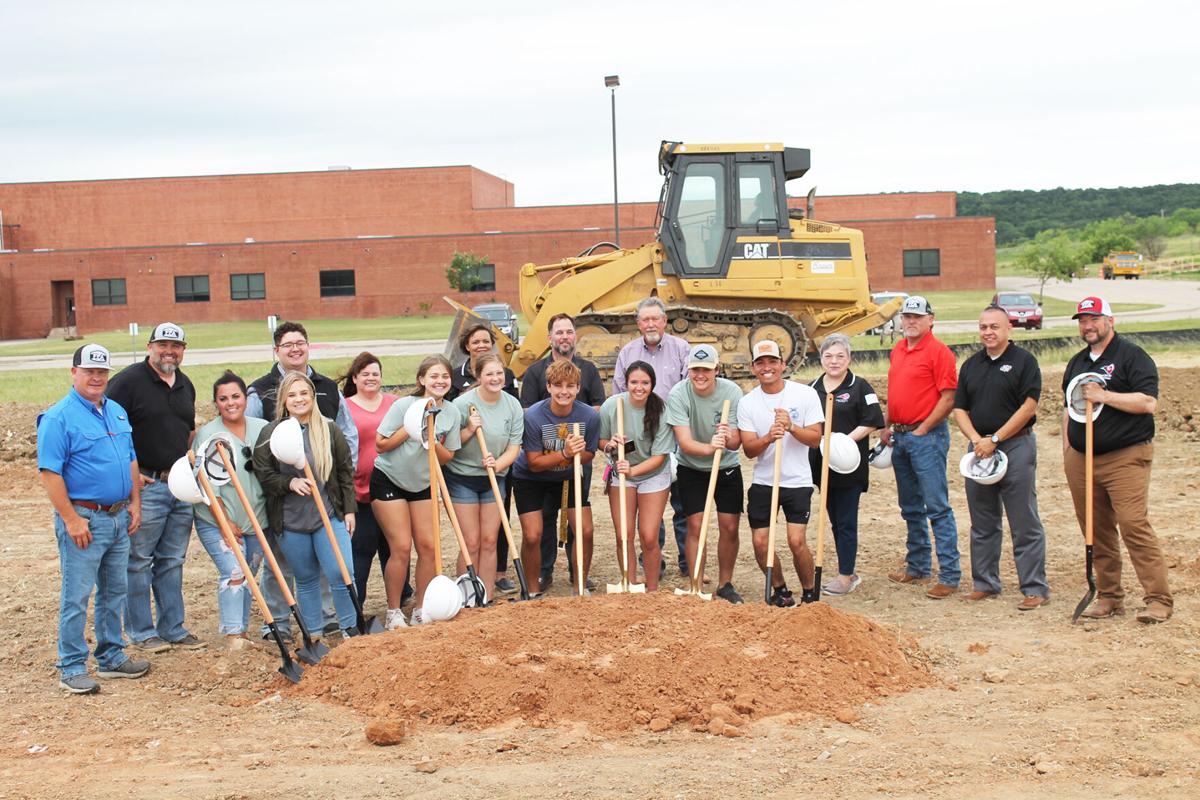 Mineral Wells FFA students hope to be able to use the new facility as early as the spring semester in 2021-22.

Mineral Wells FFA students hope to be able to use the new facility as early as the spring semester in 2021-22.

Longtime ag instructor David Hardy may have retired years ago, but he was back on familiar turf this week for a ceremony to ensure his name will still be around for years to come.

“The new facility is very near the high school, making it more convenient for the students and parents who need to drop their kids off to care for their animals,” MWISD Superintendent John Kuhn said. “It will also allow ag teachers to do more hands-on teaching with the barn being so near and accessible.

“It’s a great addition, brand new and state-of-the-art, and will serve the needs of our students very well.”

The new facility is hoped to be completed by the start of the second semester of the upcoming school year, but ag students will continue to use the current facility, located at Fort Wolters.

MWISD trustees in March unanimously approved increasing the budget for the new ag barn from $1 million to $1.6 million, after pricing related to the foundation and building materials went up.

The new barn will include roughly 20 pig pens, 20 sheep and goat pens, lockers for storing food and supplies, a show arena where students can work with their animals, a bathroom, storage areas, heaters and fans, and will be larger than the current facility in addition to its closer proximity.

“The real problem is the [current] location is so remote and hard to find,” Kuhn said. “Some of our students that show aren’t driving themselves to school, so the parents are driving 20 minutes (roundtrip) in the morning to take a kid out there in the morning to feed, then to school, then back out after school to clean out pens and feed and water.

“We feel the more convenient location will also help us build up the program and get more students involved.”

Hardy was present at Monday’s ceremony and had a few words to say, but his reputation and legacy with Mineral Wells ISD speaks volumes.

Prior to his retirement a couple of years ago, Hardy served the students of Mineral Wells ISD since 1984, as an agriculture science teacher and FFA advisor through 2004. The next year, he was career and technology education director and welding instructor through 2016, before returning to the classroom to continue teaching welding on a full-time basis.

Hardy was instrumental in innovating the welding program by partnering with a local pressure vessel manufacturer, producing immediate employable graduates.

“We’ve got a lot of kids who graduated from here and immediately went to work welding pressure vessels,” Kuhn said.

In 2018, Hardy was inducted into the high school’s honor hall with the Distinguished Honorary Alumni award.

“He impacted a lot of students’ lives and is very fondly remembered by lots of people,” Kuhn said. “He was a very effective teacher and a passionate advocate for agriculture and FFA as an organization, teaching kids leadership.

“It’s very fitting that this new facility be named after David Hardy because he has left a really important mark on our school.”