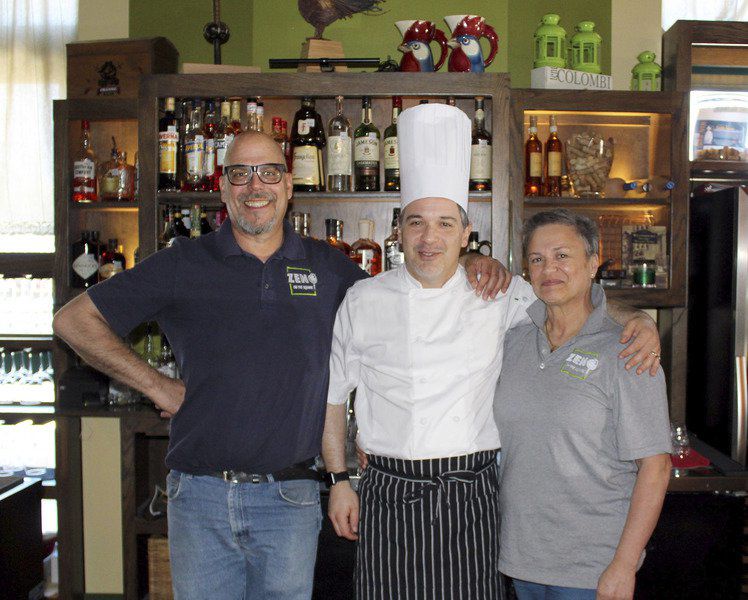 From left, Zeno Russo, manager; Massimiliana “Max” Zubboli, executive chef; and Monica Russo, co-owner of Zeno’s on the Square. The three came to Weatherford from Italy following their passions of western culture and food. 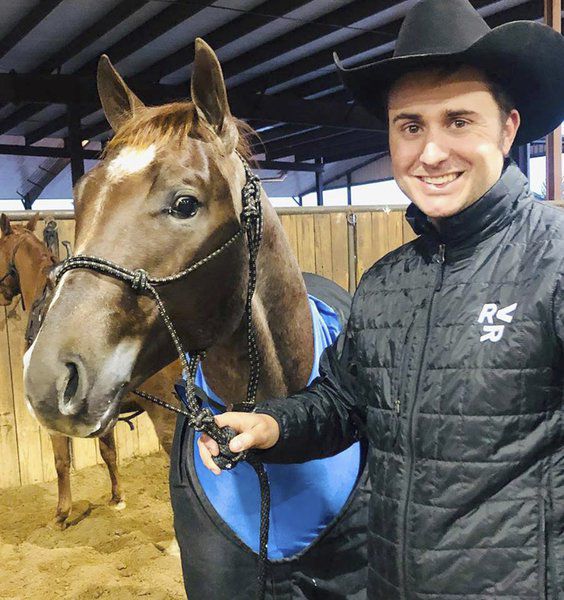 From left, Zeno Russo, manager; Massimiliana “Max” Zubboli, executive chef; and Monica Russo, co-owner of Zeno’s on the Square. The three came to Weatherford from Italy following their passions of western culture and food.

After a career as an editor and owner of a western culture magazine in her native country of Italy, Monica Russo followed that passion, as well as her son Davide Facincani’s dream of being a cutting horse trainer, and found her home in Weatherford in November 2015.

“For 15 years I owned a magazine in Italy that was writing about the western horse, the trainer, the show, and so I was traveling every summer all around the states taking photographs and interviewing for my magazine,” Russo said. “The name was ‘Western Side’ and it was the first magazine in Italy to talk about western [culture] and I was very proud of this magazine because western [culture] is a small community in Italy. My son was always with me around the states, going on interviews and getting to know people.”

It was when Russo took Facincani to watch the cutting horse derby finals in Fort Worth that he decided he wanted to be a cutting horse trainer, and since Weatherford is the Cutting Horse Capital of the World, it was a perfect fit.

Facincani spent eight years during his summer holidays riding horses with Lindy Burch — an NCHA Cowgirl hall of famer — starting when he was 16 years old.

“I moved to Weatherford because it is the capital of cutting horses and I wanted to be a trainer,” Facinacani said. “I was incredibly fortunate to meet Lindy Burch, a world-class trainer, who has mentored me.”

He is now a trainer at Rose Valley Ranch in Weatherford.

“Davide and his wife, Katie, share the love and deep passion for the cutting horse, working in this industry and breeding horses together,” Russo said.

Besides her passion for western culture, Russo’s love of food allowed her to bring Italy to Weatherford, opening Mamma Monica Italian Restaurant three years ago.

“The idea was to share in Weatherford that food is a feeling and so we started with Mamma Monica’s three years ago and now we have Zeno’s [on the Square], which is an upscale restaurant,” Russo said. “Italians are always close to food — we talk about food and talk about when we’re eating — so it’s a quality style of life. We grew up with this idea that food is something that keeps people together.”

Russo and Fort Worth native Mike Waltrip opened up Zeno’s on the Square, which is managed by her younger brother Zeno Russo. The Italian restaurant celebrated its one-year anniversary on June 6.

The food is led by Executive Chef Massimiliana “Max” Zubboli.

Russ invited Zubboli — who graduated from a culinary school in Pisa, Italy — to check out the Lone Star State in 2017 and he fell in love. Zubboli and his wife, Antonella, also made Texas their home.

“Learning another culture is wonderful, but also challenging,” Zubboli said. “The people here are warm, friendly and easy to get to know. Conversations with Texans are open and my wife and I feel at home here.”

Russo said they will be nominating Zubboli for the 2019 Top Chef competition.

Russo also has a degree in architecture from Milan, Italy, and has done the interior design for both restaurants.

With the Parker County Sheriff’s Posse Frontier Days Rodeo kicking off next week, Russo said they will be having specials in honor of the annual event.

Russo said she loves living in Weatherford, and calls it her home.

“[I love] the smiles of the people, they’re always smiling and people will stop me and say, ‘Mamma!’ every time I get groceries and ask, ‘Why are you choosing these tomatoes?’ and I say because the tomatoes are good for this and this. They say, ‘thank you,’” Russo said with a laugh. “It’s easy to stay here, it’s like being home.”