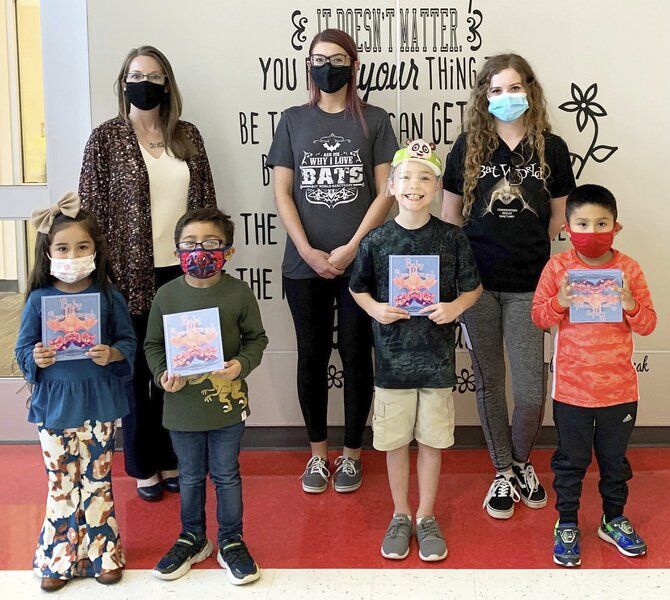 Lamar Elementary students donated some of their hard-earned money to help Gizmo the bat and others that Bat World Sanctuary, raising almost $500 as of Wednesday afternoon. 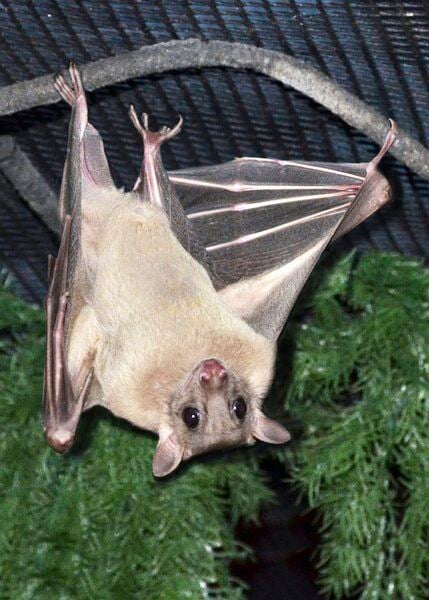 Gizmo, an Egyptian fruit bat, was rescued by Bat World Sanctuary sometime in 2016-17.

Lamar Elementary students donated some of their hard-earned money to help Gizmo the bat and others that Bat World Sanctuary, raising almost $500 as of Wednesday afternoon.

Gizmo, an Egyptian fruit bat, was rescued by Bat World Sanctuary sometime in 2016-17.

Much to a Weatherford nonprofit’s surprise, Lamar Elementary School in Mineral Wells has been raising funds for Gizmo the bat, who was rescued by Bat World Sanctuary.

“Each year we like to do a service project, because we think it is critical for students to learn to be active, contributing members of our community. We have completed various service projects such as pet supplies for the animal shelter, canned food drives for the local food banks and clothing for the clothes closet,” Lamar Elementary Principal Kendra Fowler said. “Since we are an early childhood campus comprised of prekindergarten through first grade, I thought it would be fun to do a fall project that might get students excited to learn more about nocturnal animals and tie it to a specific cause. Bat World Sanctuary was located in downtown Mineral Wells for many years, and lots of families are familiar with its rescue and rehabilitation work.”

Fowler said she took the fundraising idea to the school’s counselor, who then worked to locate a specific bat for the students and staff to adopt — Gizmo was chosen.

“We actually just found out by accident because our contractor, his daughter goes to Lamar, and he told us that she was donating to Gizmo. We went on the school’s Facebook page and saw it, and our hearts just burst at how sweet it was scrolling through all the photos of the kids donating,” Bat World Sanctuary Founder and President Amanda Lollar said. “It’s just such a warm and wonderful thing for them to do.”

Gizmo, an Egyptian fruit bat, was rescued by the nonprofit sometime in 2016-17.

“Gizmo was actually part of the cruel exotic pet trade several years ago and we rescue quite a few bats from the exotic pet trade where they have a lifespan of about a year — when they normally have a lifespan of 25 — so they suffer greatly in the pet trade,” Lollar said. “A man was selling Gizmo — he had purchased him as a pet and realized it wasn’t going to work out — and his best friend bought Gizmo and then called us saying, ‘Can you take him?’ So of course we said yes and he was in Austin, so we drove down to Austin to pick him up and that’s how he’s here.”

As of earlier this week, Lamar Elementary School had raised close to $500 for Gizmo prior to the conclusion of the project Oct. 29.

“I think students have really enjoyed being a part of a larger cause to help save Gizmo and other bat rescues,” Fowler said. “In partnering with Bat World, our students have also learned a lot about bats. Bat world generously donated books, pamphlets and informational cards to teach students to be cautious and safe, but not fearful of bats. I have seen classrooms watching the live cam, writing stories about Gizmo, and doing research about bats. It has been a neat experience.”

Gizmo’s mother was purchased while she was pregnant and passed away shortly after he was born. Along with Gizmo, Bat World provides sanctuary for about 400 other bats from around the world that have been rescued.

“The funds will be used for of course care for Gizmo, buying everything he needs like food and medical supplies,” Lollar said. “It will also go towards caring for the other 400 that we already have as well as rescuing more bats that are in terrible predicaments like Gizmo was.”