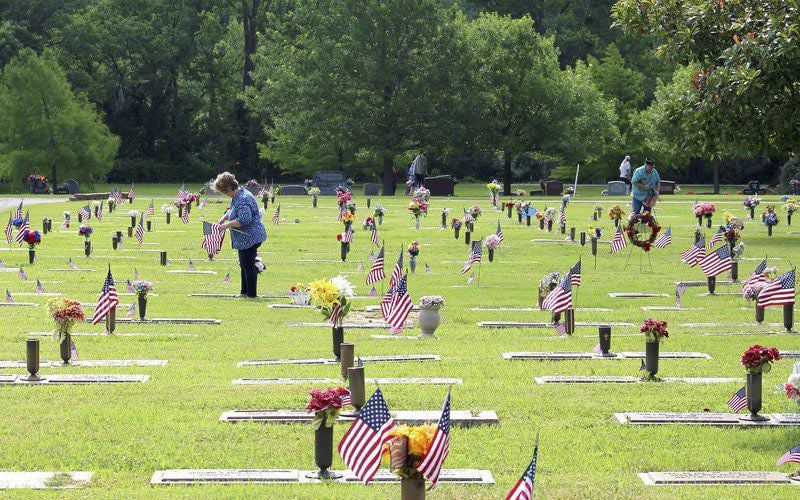 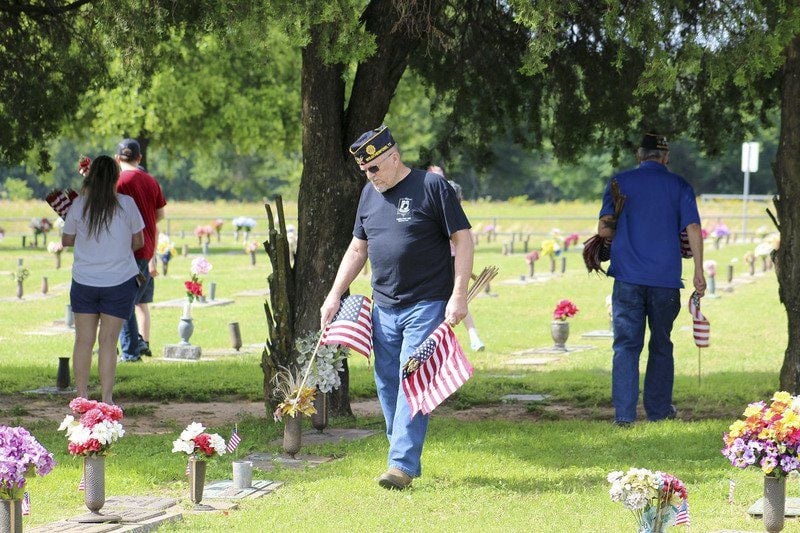 Memorial Day honors those who have died while serving their country in the U.S. Armed Forces, and American Legion Post 163 held a ceremony honoring the fallen Monday morning at Memory Gardens of the Valley Cemetery in Weatherford.

“For 149 years, Americans have taken the last Monday in May to remember those who have died for our wars. On Memorial Day the U.S. flag flies at half staff only for the first half of the day and then is raised to full height from noon to sundown,” American Legion Post 163 Commander Rhea Wickware said. “This unique custom honors the war dead for the morning and the living veterans for the rest of the day. I celebrate this day for the people that died in combat and the people that died training for combat.”

Following the ceremony and a prayer, American Legion members as well as the public placed American flags on the graves of the fallen in the Field of Honor at the Memory Gardens Cemetery.

“I joined [the Navy] after 9/11 and I did a small part compared to half of what these gentleman have done in their service to our country,” Navy veteran Mary Beth Doss said. “I’m a first generation American and I remember my parents instilling in me the freedoms we were given from these fallen soldiers and sailors, and I just try to give back as much as I can. This is a day of remembrance, a day of honor, and if I can do my small part of serving, then I can do my small part on a day like [Memorial Day].”

“My granddad served in World War I, my dad in World War II and then me and my brother in Vietnam, so I guess this ends with us,” Mallory said. “This is patriotic. I love this country and love what it stands for.”

A letter from U.S. Senator Ted Cruz was read aloud during the ceremony.

“America has been blessed with millions of men and women who have courageously served in our armed forces. Because of their commitment to the America imagined by our founders, they served in our nation’s military and ensured life, liberty and the pursuit of happiness for not only us but for millions worldwide as they died fighting for those oppressed in countless nations,” according to the letter. “It is the legacy of these patriots that calls each of us to cherish the dearly won gift of liberty.”