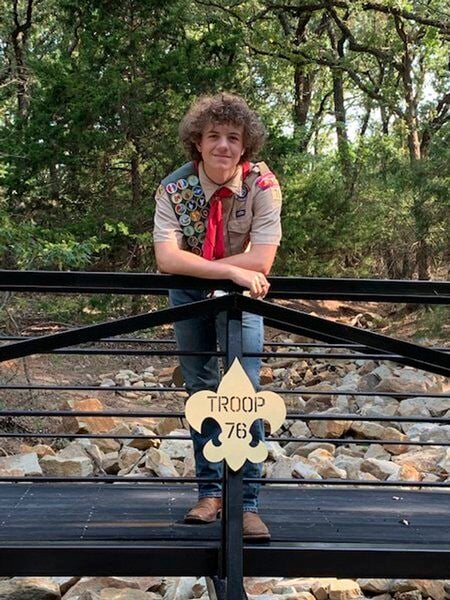 Weatherford Troop 76 Scout Branden Vails stands on the 20-foot bridge he designed and fabricated at Camp Holland for his Eagle Scout project. 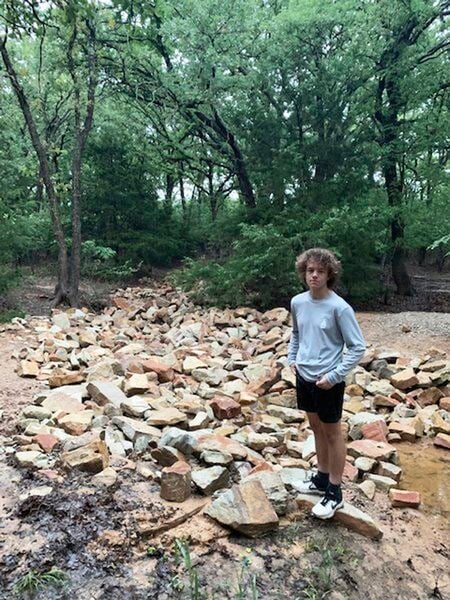 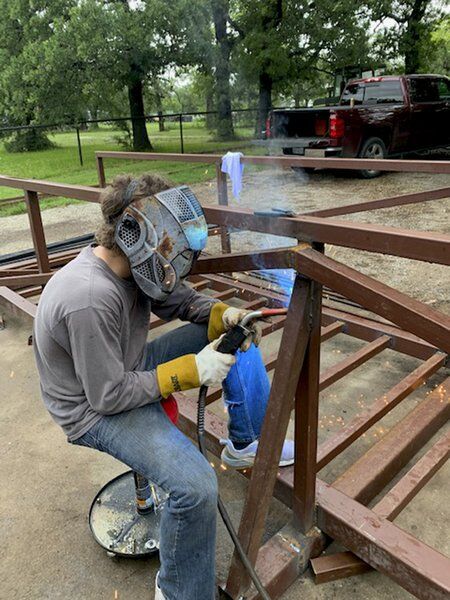 Weatherford Troop 76 Scout Branden Vails stands on the 20-foot bridge he designed and fabricated at Camp Holland for his Eagle Scout project.

WEATHERFORD — An area of Camp Holland has a bit of a facelift after a joint project between the city of Weatherford and a local scout.

Braden Vails, 15, of Troop 76 in Weatherford, chose the area for his Eagle Scout project after noticing one area that seemed to always be muddy after a good rain. The project involved extensive dirt and rock work, and the design of a 20-foot bridge across the backside of Camp Holland.

"The first part was the rock work and the dirt work with skid steers," Vails said. "We added a bunch of rocks to help with the stream of water flow as well."

Roughly eight tons of rock was used to redo all of the drainage in the area to keep the flow of water from spreading into other areas.

"This was a low-lying area that continued to be washed out each time it rained," Weatherford Assistant Director of Parks, Recreation and Special Events Jaycob Kirkpatrick said. "Water flows through and makes it impassable when hiking the trail."

To combat the issue, Vails designed and welded a steel bridge with a rubber floor.

"We didn't want to use wood because we didn't want it to warp or rot away," he said. "The entire project took us around 360 hours to do and about three months, and we completed it around the last week in July."

The end result was an extremely high quality of work, Kirkpatrick noted.

"The bridge that Braden built is amazing," he said. "It goes over the wash out area so when it rains, you can still use the trail."

For the project, which has been submitted to the Eagle Board of Review for final approval, Vails was also in charge of fundraising, gathering the materials, fabrication and coordinating all of the dirt and rock work.

Vails is expected to be recognized at the Weatherford city council meeting Tuesday night.