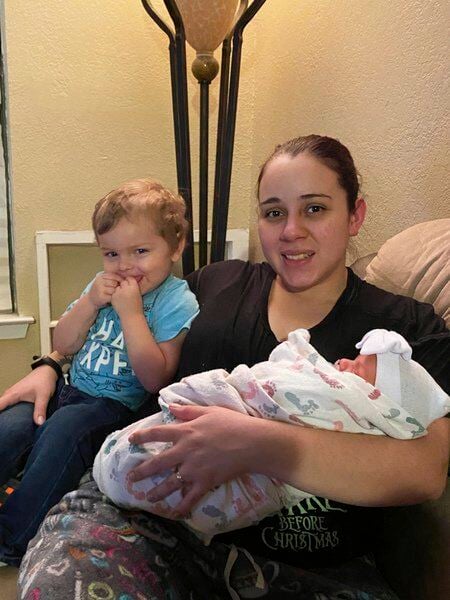 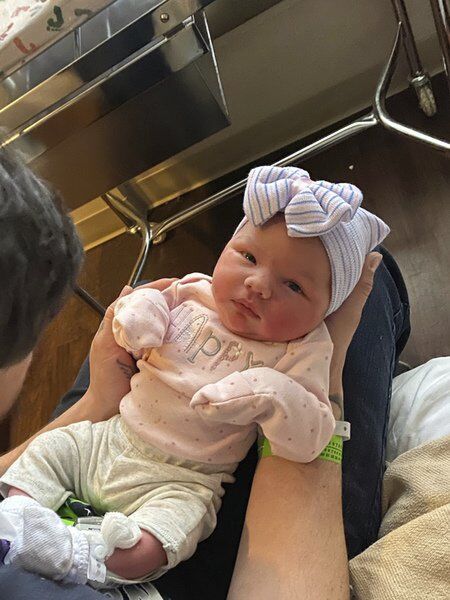 A new year has brought new faces into the world.

Medical City Weatherford delivered its first baby of the year on Jan. 3, a baby girl — Willow Sapphira Harris, born at 6:30 p.m. on the dot.

“The labor was a lot faster than my first one, 14 hours,” she said. “But whenever it was time to push, it only took three contractions for her to come out.”

The circumstances surrounding Willow’s birth were quite different from two years ago, when Harris’s son Julian was born. Harris was nervous when she first arrived at the hospital, but said everybody handled things “really great.”

“There weren’t a whole lot of people in the emergency room that day and they had masks readily available and seats spaced out so nobody was sitting two close together,” she said. “As soon as I came in and let them know I was going into labor, they immediately sent for the security guard and they took me right up pretty much right away.”

Because of the pandemic, hospitals have upped their safety precautions, including caring for maternity patients in private rooms with their own bathrooms and limiting birth partners to one person per laboring moms.

“Of course I wanted my husband to be there but last time with my son, I had my sister, who was basically like a doula for me,” Harris said. “It was a little nerve wracking at first because I wasn’t going to have her there, but the nurses really stepped up and were there for me, coaching me through and helping me just like a doula would.

“I really, really appreciated that.”

The Harrises spent a little over a day in the hospital. There were no complications and after a 24-hour blood draw, they were discharged to head to their Weatherford home.

“It was around 10:30 that night, and by that time, the baby was like, “‘No, I am not having this,’” Adrian said. “The whole way home she was screaming, but we got her home and I was holding her and talking to her, just telling her, ‘I know it’s all a new world and it’s all crazy.’ She just takes a little bit to adapt to her new surroundings, but since then she’s been doing great here.

The name willow comes from Adrian and her husband’s favorite tree — the weeping willow. Julian shares a middle name with his father, and the Harrises wanted something for Willow that was representative of her mother.

“My birthstone is a sapphire, so that’s where Sapphira comes from,” Adrian said.

As for one of the biggest challenges in being a new mother at this time? Limiting the number of visitors and family members that can meet Willow.

“It’s hard on all of my family because they want to come see her so bad,” Harris said. “I let two of my sisters come over and a couple of their kids, because they’re being homeschooled and one of them works from home. I make sure they wash their hands and wear masks if they’re holding her.

“It’s just hard saying these family members can come see her and these can’t. It’s been a lot of pictures for everybody and videos.”

Overall though, Adrian said her experience has been a positive one, and she has one piece of advice for any mothers that might be expecting.

“If you’re afraid of going in there, if you’re going alone or if your birth partner isn’t really prepared, know that the staff and nurses will be there as a really good support system for you.”