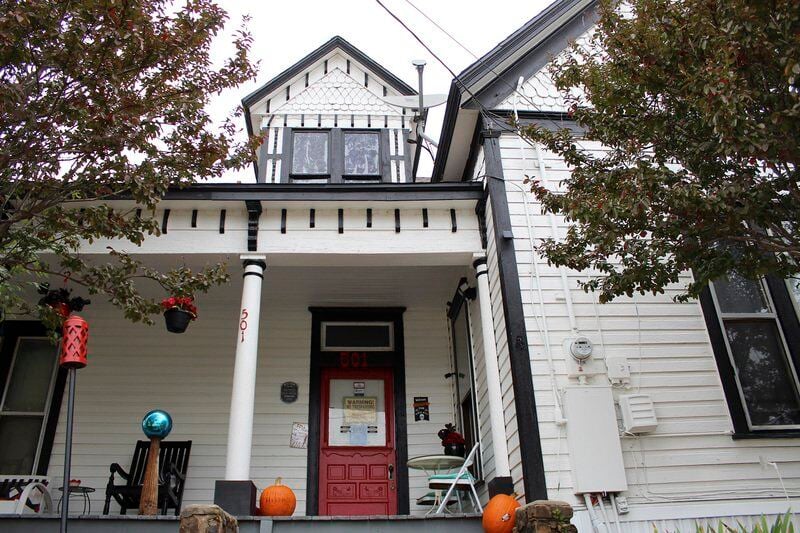 The Haunted Hill House in Mineral Wells has been ranked one of the spookiest haunted houses in the state by various entities. 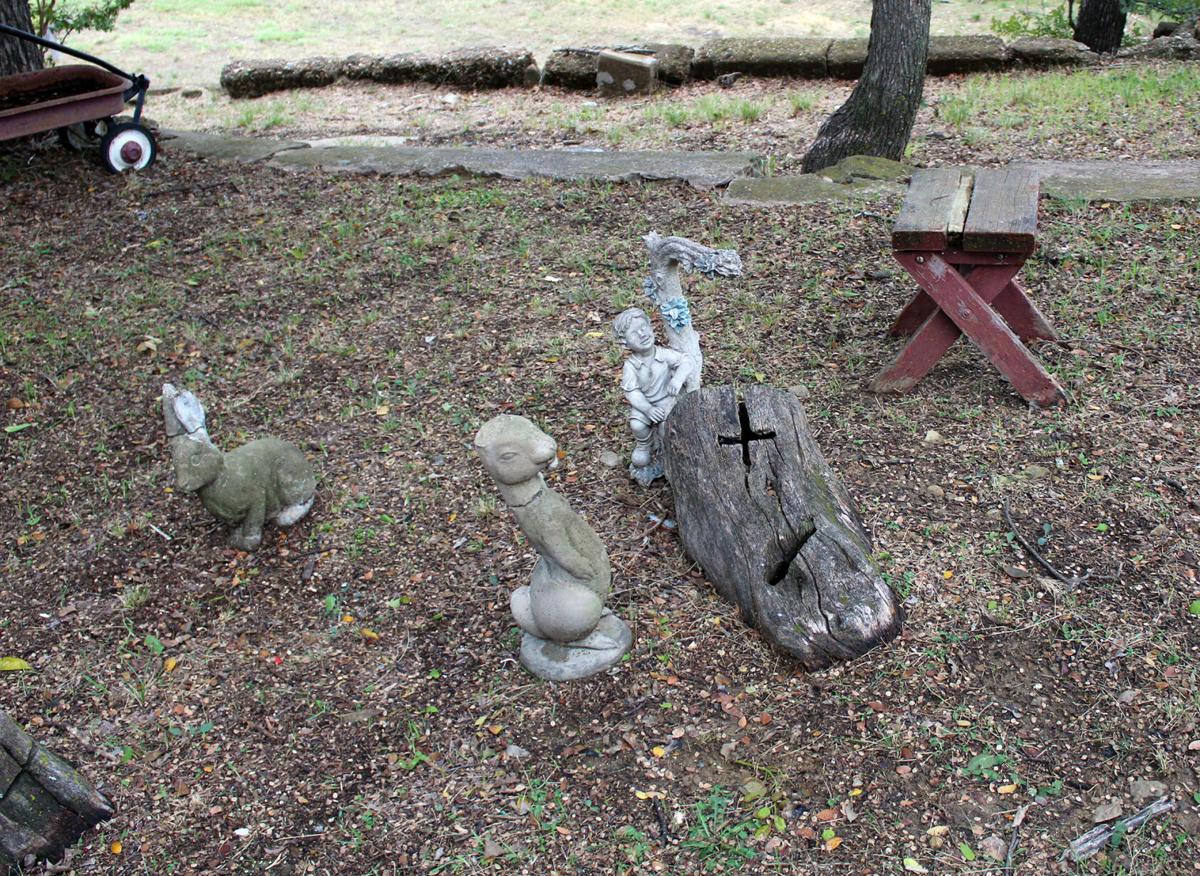 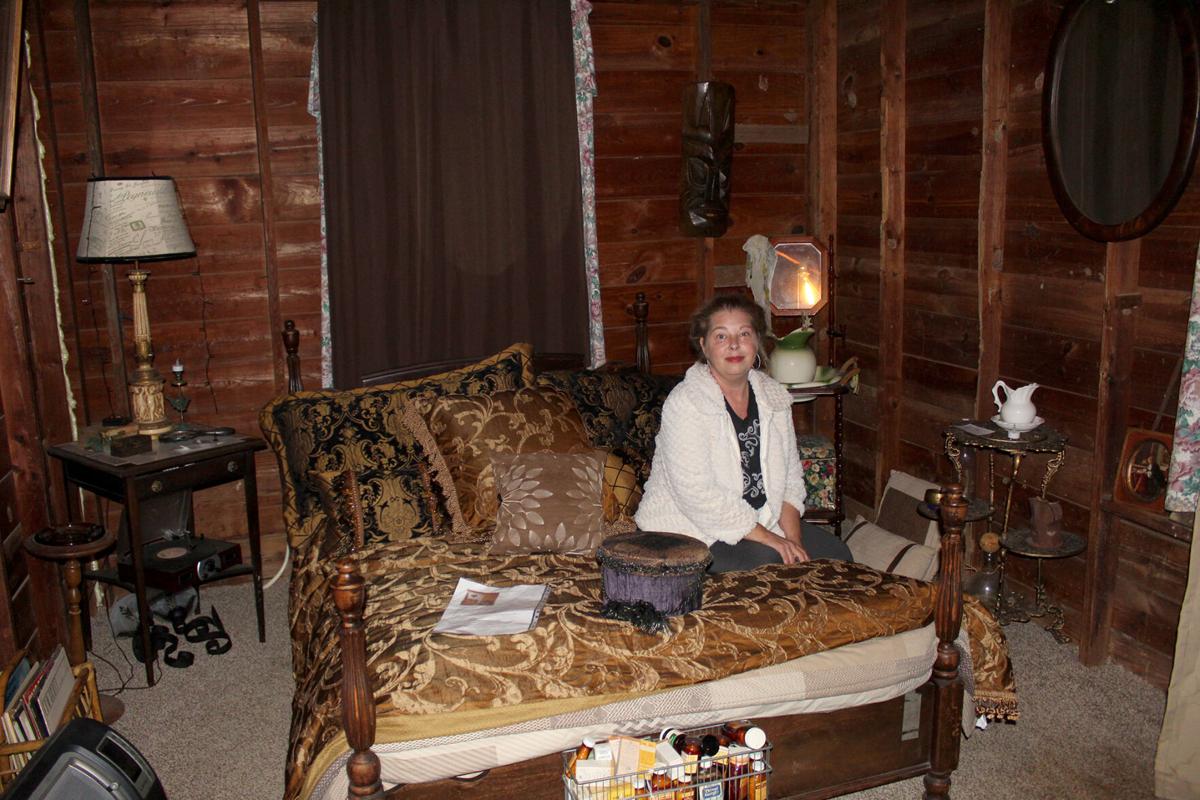 Katherine Estes, of Springtown, and her husband Eddie are the owners of Haunted Hill House in Mineral Wells. She is pictured in Jacob Henry Kyle’s room, an 8 year old boy who was found hanging on the property in 1940.

The Haunted Hill House in Mineral Wells has been ranked one of the spookiest haunted houses in the state by various entities.

Katherine Estes, of Springtown, and her husband Eddie are the owners of Haunted Hill House in Mineral Wells. She is pictured in Jacob Henry Kyle’s room, an 8 year old boy who was found hanging on the property in 1940.

Situated just behind The Baker Hotel in Mineral Wells lies Haunted Hill House, where owners Katherine and Eddie Estes have had many paranormal experiences along with thousands of others who have been within its walls.

“My husband and I like to go ghost hunting and we always went to Jefferson, Texas and did their ghost walks — we would go all over the United States, we’ve been into this for a long time,” Katherine said. “While we were in Jefferson we met a paranormal team that showed us a photo of three ghosts at this house — it was two little boys and one little girl in the carousel room — and he said, ‘Why don’t y’all go there. It’s really close to where you live in Springtown.’”

Katherine said a year later she saw the price of Haunted Hill House went from $180,000 to $80,000 and she called the owner about purchasing it.

“Our first day and first visit here, we watched a green silhouette of a little boy go up the stairs, a bouncing ball and we heard voices,” Katherine said. “It was more activity than we’d ever experienced at any other location. The house was calling us.”

The Estes purchased the hilltop home in 2017.

“After we purchased the house, we were cleaning up in the fireplace and there was a fake [brick wall] with dirt in between. I started taking [bricks] down, because I knew about [outlaw] Sam Bass’s gold that was supposedly hidden here, and we found a piece of a newspaper that had been burned and it said our name ‘Estes’ on the newspaper,” Katherine said. “That was like crazy that there was a little paper burnt with our name on it.

“We were meant to have this home and we enjoy it. It is very active and we have had over 10,000 people here that have experienced what we experienced, including many famous TV shows.”

Haunted Hill House is a 3,800-square foot Victorian mansion built during the Civil War era. With direct ties to The Baker, the house was once a brothel supplying women and bootlegged items to the hotel.

Many deaths are said to have occurred at Haunted Hill House and one of the most prominent spirits, according to the Estes, is a little boy named Jacob Henry Kyle, who was born to one of the working girls.

Just outside the house on the ground, a hollowed-out log can be found placed where Jacob, 8, was found hanging from a tree in 1940 — a cross is etched into the wood.

“This is according to one of the elders that came here and he came over and told us he used to play here when he was a little kid,” Katherine said. “He said he’d never seen ghosts, but he knew about what happened to this little boy.”

From moving furniture to voices, apparitions and even physical incidents, the Estes said people have experienced all types of paranormal activity.

Many of those experiences have happened in Jacob’s room.

“[There’s a video] that everyone is wanting to share on all the ghost shows. People are even sharing it illegally, where a girl gets yanked off the bed,” Katherine said. “She was in here provoking, saying, ‘I’m a woman, what are you going to do to me?’ And she gets pulled hard. A guy comes in an hour later and says, ‘Oh you want to mess with women?’ And it pushed him into two girls. Then it slammed the door.

“I was in here and I woke up with my hair tied to the bed. People have had crazy experiences in [Jacob’s] room.”

Another child named Joshua also haunts the rooms of the home.

“When we do tours we try to split the men and the women because when the women are by themselves, the children aren’t so afraid,” Eddie said. “I’ve got EVPs (electronic voice phenomena) on our cameras coming up here saying, ‘Look, we have new mommies,’ so I’m sure that all the ladies helped to watch the kids while one was making money.”

Haunted Hill House has drawn much attention, including from ghost hunter television shows.

“You would think making these shows that they would have spent the whole night because they do that at other places, but here they wouldn’t do it because it’s insane here,” Parker County historian Donna McCauley said, adding that she gets goosebumps thinking about it. “This is real.”

Before leaving, Katherine makes sure to ask if guests would like to be blessed by Holy Water or other cleansing items to ensure safe travels home.

Katherine said the house has been ranked the most haunted house in Texas and No. 3 in the nation by Good Day America. It was also listed as the spookiest home in the state by Big Seven Travel.