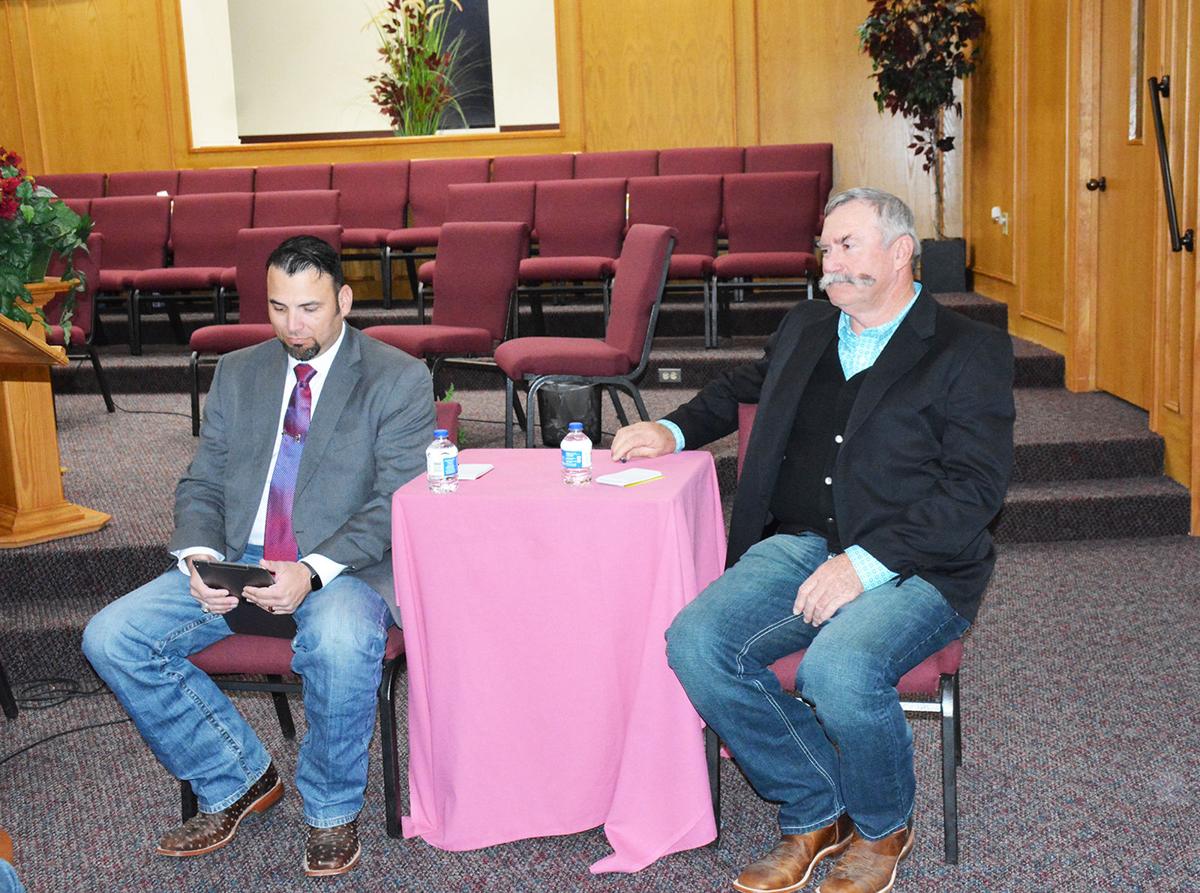 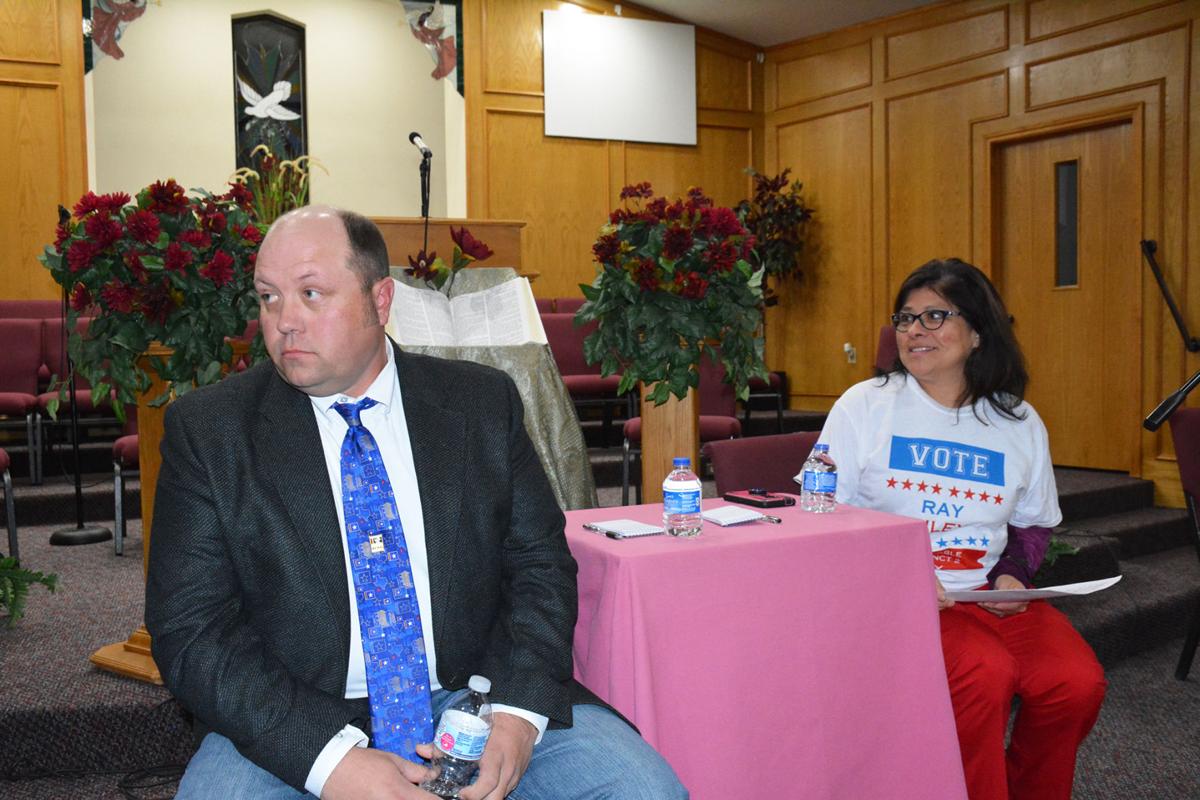 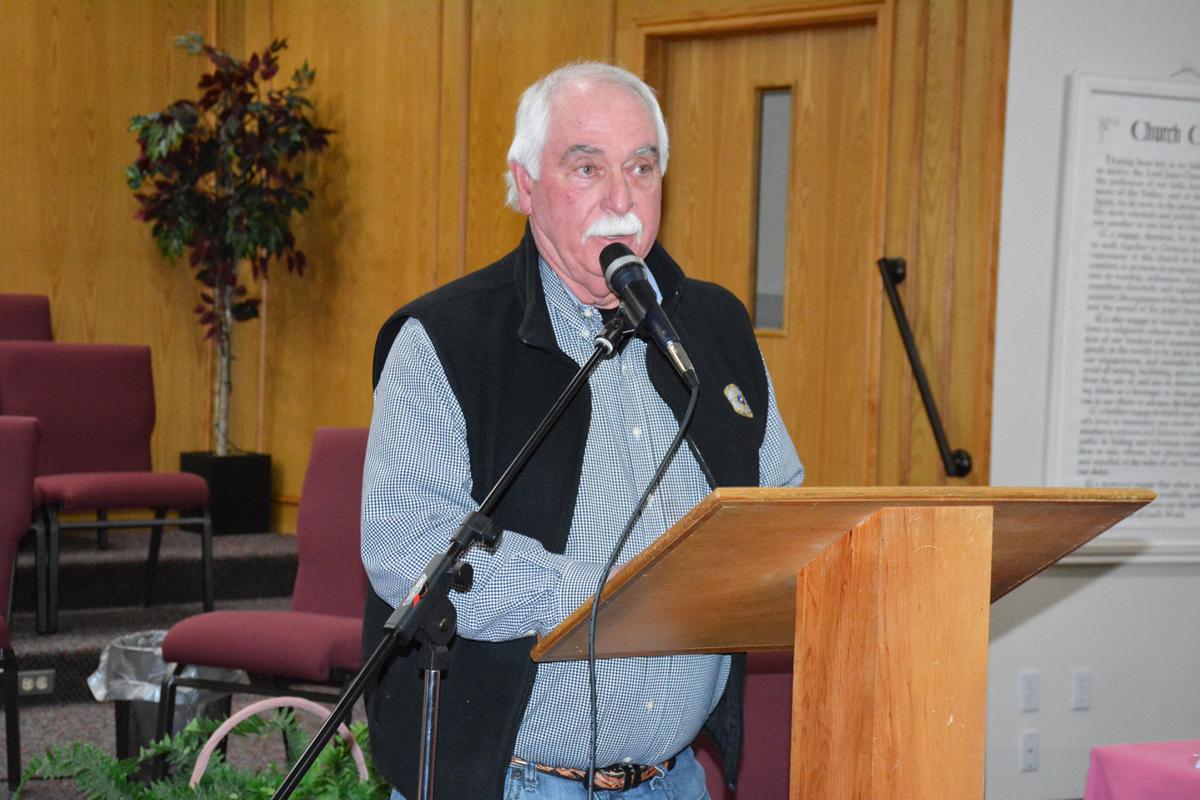 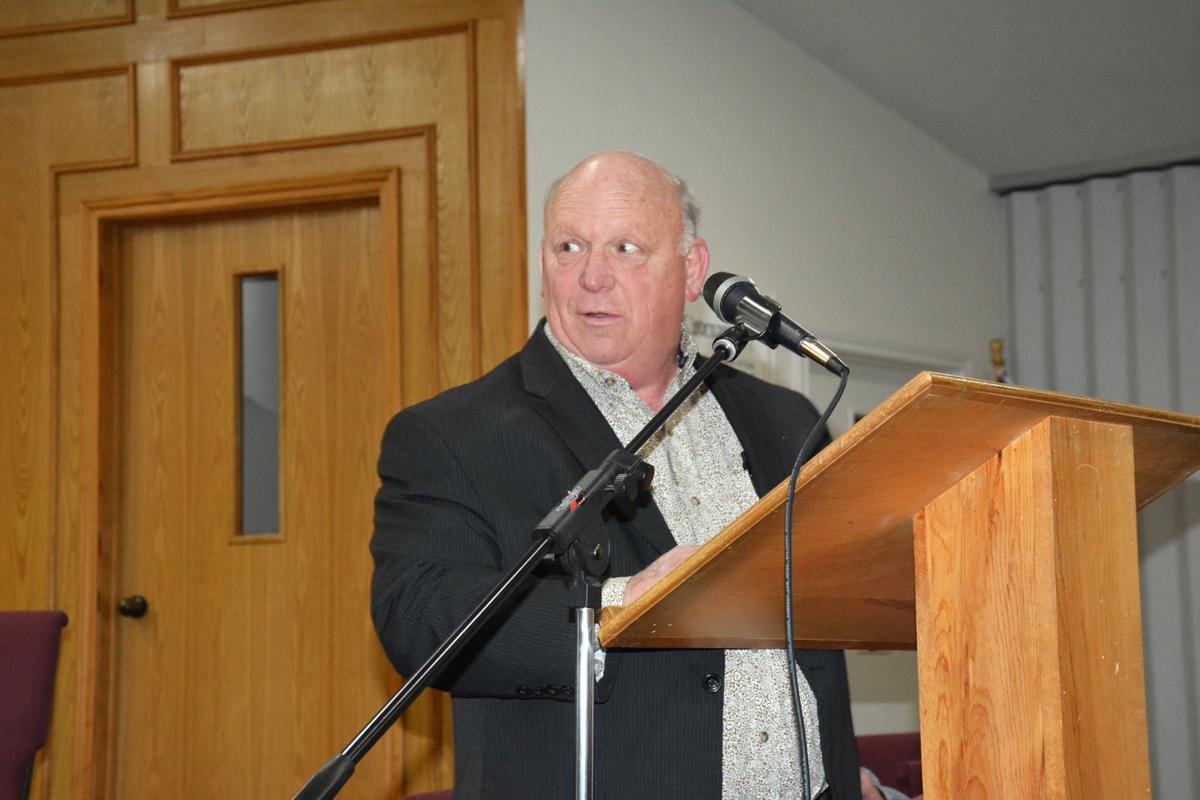 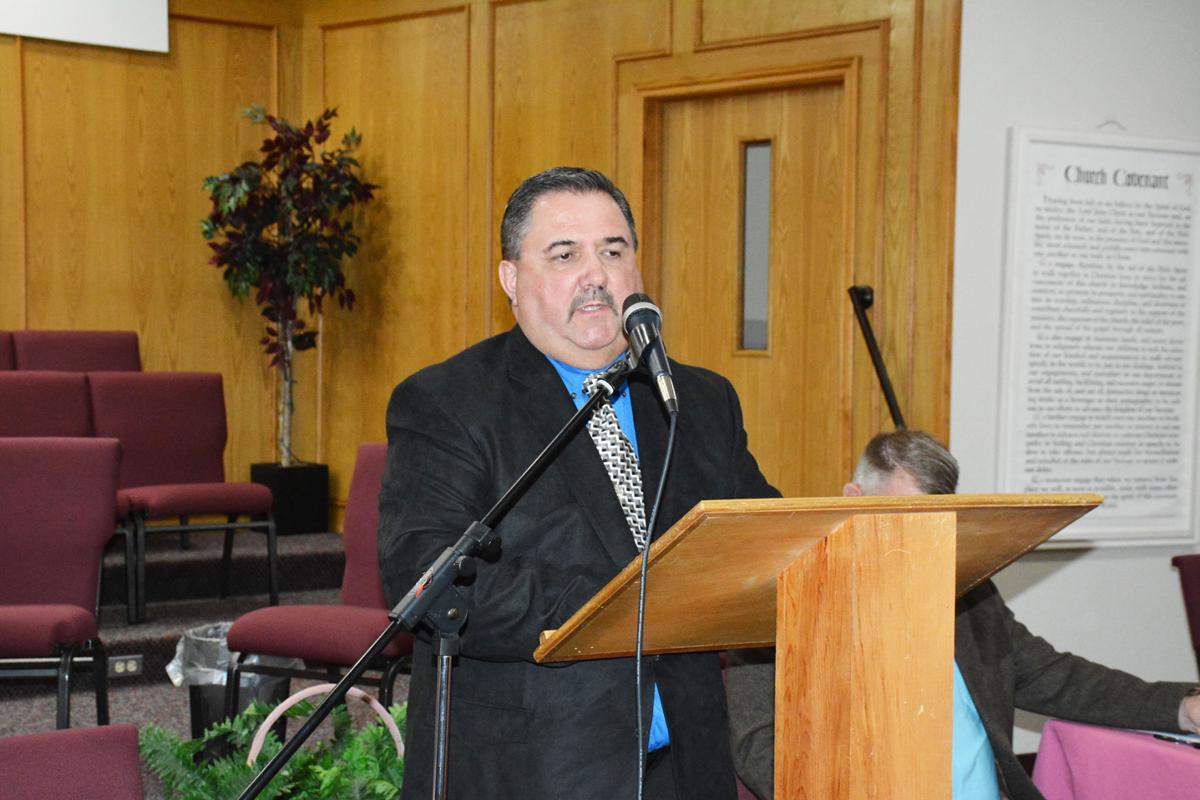 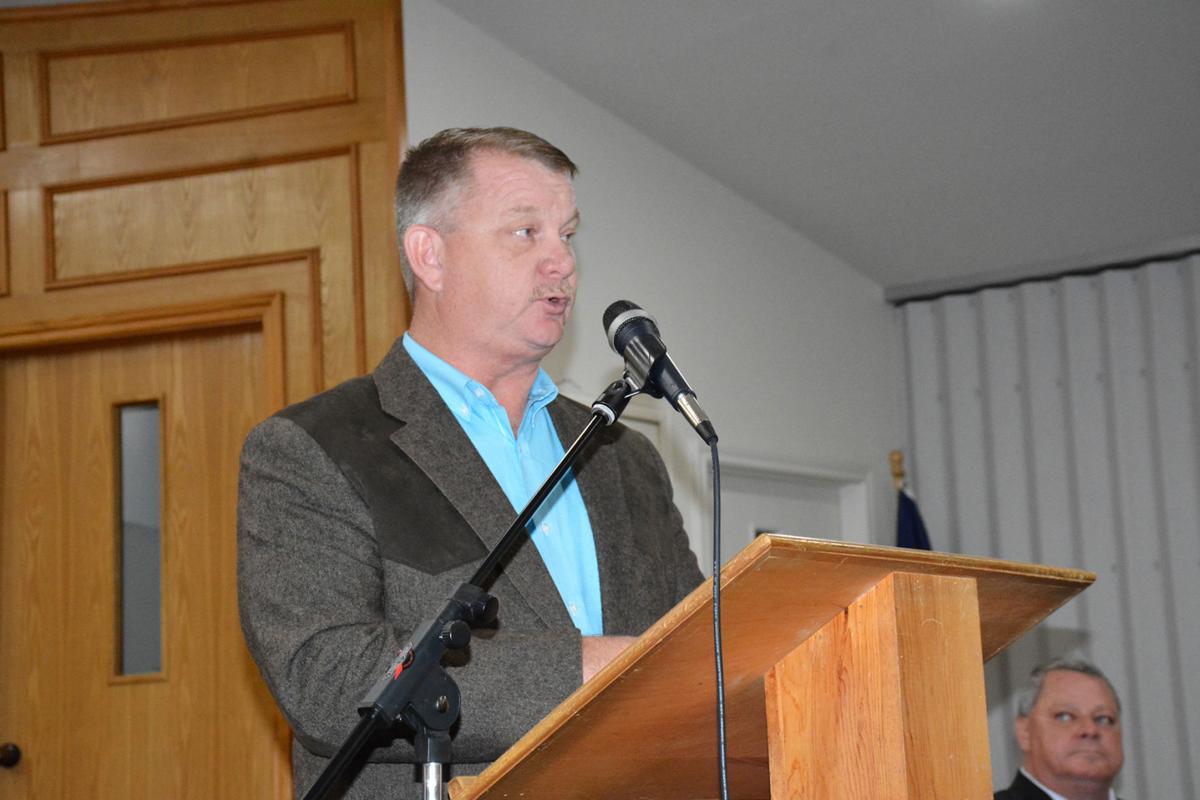 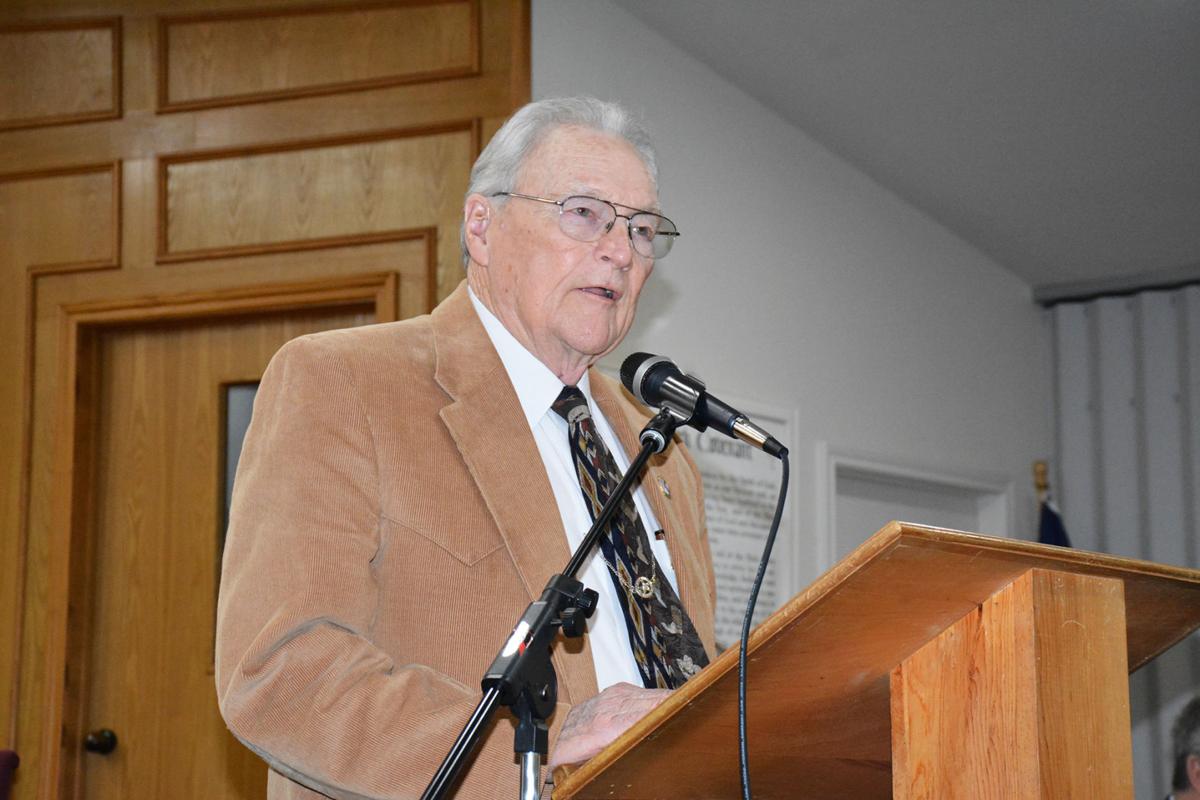 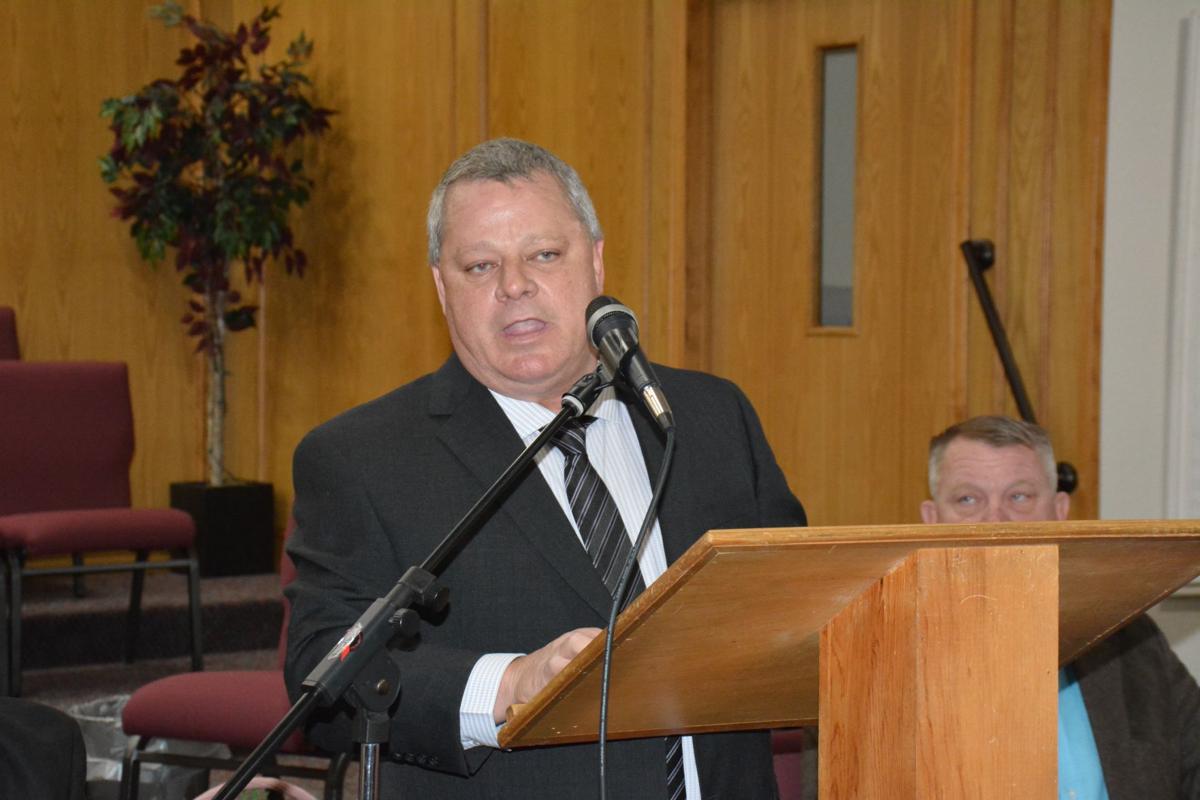 In the race for Precinct 3 commissioner, incumbent Larry Walden is facing a challenge from Matt Drikas.

Precinct 2 Constable Joe Harris, Jr., is facing a challenge from Ray Riley, and Precinct 3 Constable Glen Praytor is being challenged by Brad Chane.

Candidates explained their platforms during the meeting and answered audience questions. Sheriff candidates brought up the Parker County Jail, which is run by LaSalle Corrections, during the forum. When an audience member challenged candidates to tour the jail, Hull said the problem is the lack of proper training in jail staff.

“If we don’t work as a team, it’ll never happen, and LaSalle is the problem,” Hull said. “Let’s address it, let’s put leadership in there that can control what’s taking place.”

Gates asked the attendee if he was a LaSalle employee, who told Gates specifically to come by the jail.

“I need to be speaking with a person that’s in charge of the jail because it ain’t this man right here,” Gates said motioning to Fowler. “It’s LaSalle.”

Fowler rebutted Gates's claim that Fowler wasn't in charge, before the forum moved on with another question. Later, Fowler said that the jail has never failed an inspection with the state since 2005 when he was first elected.

“The training of those jailers in there — and that’s a thankless job, I can tell you that — the training is completed within six months, and the state allows you a year to get the training done,” Fowler said.

Gates brought up the case of Andy DeBusk, a Parker County jail inmate who died in custody in 2016, and claimed that jailers with only three weeks of training killed DeBusk.

Hammons said training is a big issue at the jail and he claims he’s seen incompetence firsthand from being arrested.

“I know firsthand, I know how incompetent those people are,” Hammons said. “It’s not just hearsay.”

Walden and Drikas answered questions about changes they would make and about the emergency services district.

Attendee Lynda Hull asked commissioners what their plans are for ensuring water quality.

“In 53 years, I have not gone through one year of having good water to drink or to cook with,” Lynda Hull said. “We’re having to buy water to make a cup of coffee.”

Walden said that the county is working on a strategic water plan, that he’s worked on with County Judge Pat Deen, and has brought residents together to look at options.

“I specifically am looking at a proposal to stop irrigation from water wells in new developments, new subdivisions,” Walden said. “How do we do that? Water harvesting is one way. Zero-scape or native plants is another. If you want to continue with the two-acre subdivision lots, then you’re going to have to go to one of those. Otherwise, you’re going to have to have a larger lot. It’s something that is very important to me. I’ve taken the lead along with the judge in working on this issue, and I’ll tell you we’re contemplating what our next move is there. We are deeply, deeply into what we need to do to provide good water that is sustainable over a long period of time.”

Drikas said that the county needs to consider alternate plans to the status quo and work with the Upper Trinity Groundwater Conservation District.

“This isn’t a new problem,” Drikas said. “This is a problem that we’ve been experiencing for years. It has taken a change in the county judge to do that, to start these new programs. The former commissioners court under Judge Mark Riley didn’t take any of these steps. This is all new, so I just want you to be aware that sometimes new governance brings new solutions.”

Ray Riley could not attend the forum so his wife Ramona Riley attended the forum in his place and read her husband’s prepared opening.

“As your constable, he will perform his duties timely and efficiently with the utmost ethics, even in the event of conflicts of interest, as he took an oath to protect the people, not just his own interests,” Ramona Riley said. “Although we’re already the greatest county in the state of Texas, we can always be better. Being better starts with knowledge and training.”

Harris, Jr. mentioned training that he has completed that help him do his job.

“I’m proud of the progress that we’ve made in my office,” Harris Jr. said. “Our efficiency is on point. When I took office there was a backlog. We are no longer in backlog. We get our papers done immediately and we bailiff our JP court.”

When asked what changes they would in office, Chane said he would consider marking constable cars. He said some residents get worried when they see an unmarked car pull up to their house.

“That is a concern of mine,” Chane said. “So your vehicles will be marked. The people will know who’s in their neighborhood, who’s coming to their house, who’s knocking on their door and things like that. Also, it’s a command presence.”

Praytor is for not marking the vehicles. He said one of three vehicles is marked to work traffic or for escorts. They have lights and radios, and the signage would cost about $1,500 per vehicle, he said.

“When we’re out trying to serve papers, you can’t catch people home all the time, especially if you’ve got a constable car all marked up, you pull up in the driveway,” Praytor said. “If they really want to avoid service, they’ll run out the back door, so with unmarked vehicles, we’ve had a whole lot better success.”

The next candidate forum is on Tuesday at Aledo High School.

Those who haven't yet cast their vote in the March primary will have one last opportunity to do so during Election Day tomorrow. Polling locat…