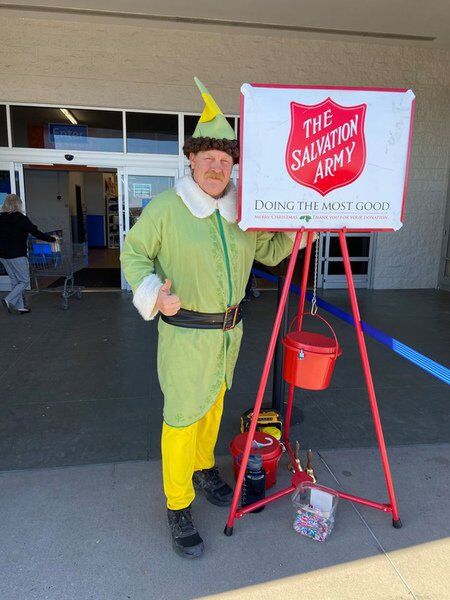 Volunteer Felix McLemore suited up for Christmas while ringing the bell at Walmart in Mineral Wells. 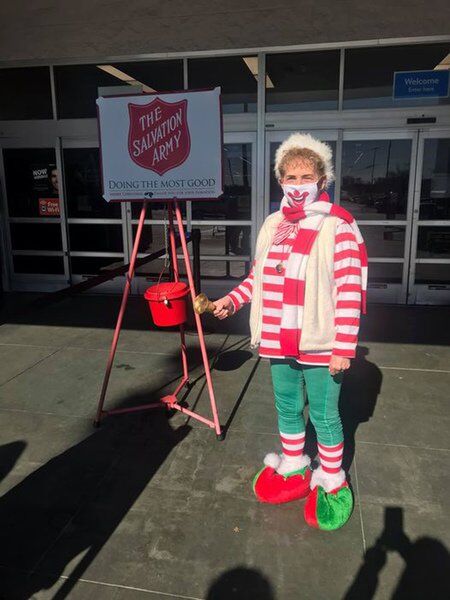 Volunteer Felix McLemore suited up for Christmas while ringing the bell at Walmart in Mineral Wells.

December brought an end to what many described as a challenging year, but despite the pandemic and its effects on communities and businesses, the Salvation Army’s annual Red Kettle Campaign still managed to bring in some much-needed funding for the community.

“It was a very challenging year, but we made it through,” Salvation Army Parker County Co-Chair Terri Smith said. “We had about three quarters of the ringers that we typically have. With COVID and everything, I think it just kind of scared a lot of people off.”

Salvation Army of Palo Pinto County, which operates out of the Mineral Wells Center of Life, uses its donations to provide financial assistance for utility bills and pharmacy bills throughout the year.

“We thought we would be flooded with people [requesting assistance] because of a lot of people being out of work,” said Gwen Jones, who serves on the Center of Life board of directors and helps organize the bell ringing campaign. “But we didn’t have as many as we had the previous year, and because of that, in certain cases we were able to help people with rent.”

The 2020 Parker County campaign kicked off a week early, with volunteers slated to begin ringing on Nov. 21. Volunteers manned the two sets of doors at both Weatherford and Hudson Oaks Walmarts Monday through Saturday, bringing in close to $42,000 in donations. In Springtown, the Independent Order of Odd Fellows has volunteers that ring at Brookshire’s, typically bringing in anywhere from $5,000-$7,000.

In Parker County, the Salvation Army funds are distributed among Manna’s Angel Tree program and the Meals on Wheels program for seniors, and any funding left over covers any needs that may arise if somebody needs help in the community, Smith said, adding that 100 percent of the money stays in the county.

The Palo Pinto Salvation Army usually adds about $22,000 — all of which stays in the county — to its annual budget through the Red Kettle Campaign. This year, the proceeds increased by about $1,000, much to Jones’ surprise.

“We had some great volunteers, churches, businesses, individuals, a lot of banks and the hospital, as well as the Palo Pinto County Sheriff’s Posse come out and ring for us,” Jones said. “And the people were just so generous. I am amazed at how much the pennies add up.”

Palo Pinto County volunteers posted up at the doors of Walmart and Metro, ringing on Fridays and Saturdays.

While scheduling proved a challenge in some instances — there were times when no ringers signed up — it offered the opportunity for newcomers to step up and volunteer.

“Believe it or not, a lot of our ringers are elderly and they just didn’t want to get out this, which is understandable,” Smith said. “But we had a lot of new bell ringers this year, a lot of families and groups that stepped up that could ring.”

To find out more about the Salvation Army, visit salvationarmyusa.org/usn/.