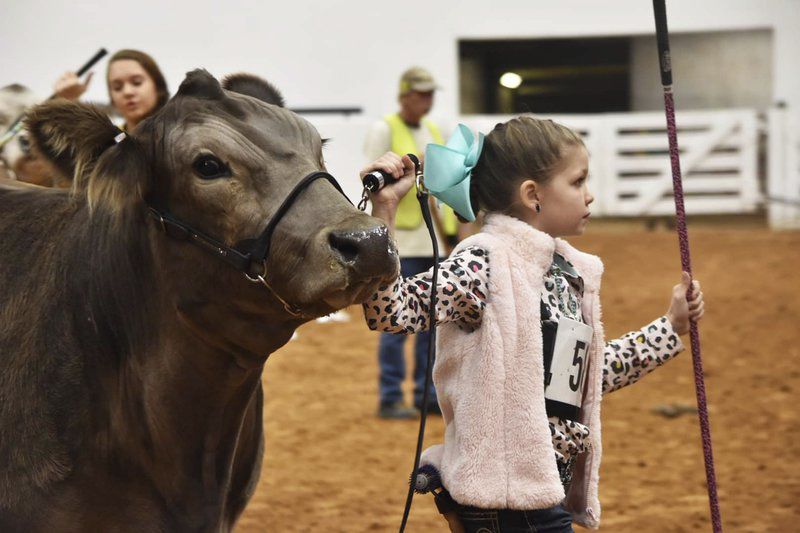 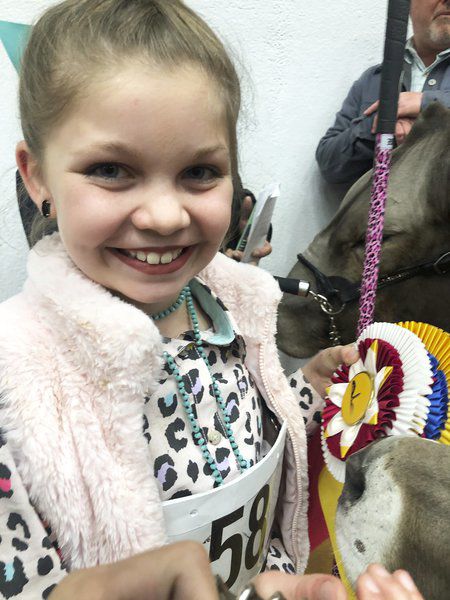 Sawyer hit the ground running at the age of 7, showing in the American Royal Livestock Show in Kansas City.

“She’s very shy and so when we went to Kansas City I just knew we were going to drive 12 hours and then she was going to not go out there,” Sawyer’s mother, Jenna Anderson, said. “But she loves animals and she just walked out there proud as can be walking her cow around.”

Sawyer said she was nervous, but just went through her routine before the show to make sure she was prepared.

“It felt good and I knew that I could do it,” Sawyer said. “You have to just work with your cows.”

“My first one was Pumpkin Pie and she’s so sweet, I can like lay on top of her,” Sawyer said.

Pumpkin Pie then had a baby, which Sawyer named Cherry Pie and she was one of three that were taken to the Fort Worth Stock Show.

“I actually showed three, I showed Cherry Pie, Molly and Ladybug,” Sawyer said. “It felt good and when the judge tapped Ladybug, I felt excited. I had a dream actually where I won Grand Champion and Reserve Grand Champion with Ladybug and Molly.”

“She told me about this dream she had before the show and I just said, ‘Oh cool.’ I had told our friends about it and then after she won, our friends told us that the theme this year at the Fort Worth Stock Show is Dream It, Do It — it’s on all the pins that the judges wear — and it was just crazy and very weird,” Jenna said.

Jenna said Ladybug was actually the oldest Braunvieh in the whole group and Molly was the youngest.

“Ladybug is a certificate heifer, so she’s actually a heifer that Sawyer earned through our state show the year before last,” Jenna said. “A breeder will donate and then you have to earn points, and the kid with the most points earns the heifer. They get to go to the breeder’s and pick out which heifer they want. Molly is her first bred and owned cow — she owned the mom and then the baby [Molly] too.”

Sawyer got into showing at the time she was performing ballet. She gave up ballet to go with what she loves — showing.

“I actually decided that I wanted to do showing because it’s a lot more fun,” Sawyer said. “I like that you get to play with your cows, but the best part is you get to walk them around. I like walking them around because they listen to you and they know they will get a treat, but it’s still really fun.”

Jenna said they don’t typically take their Braunviehs to county shows and just stick to the bigger ones.

“Our breed is mixed in with a different breed [at county shows] because Braunvieh is pretty small, so we’d be mixed in with the American breeds and just with our style of cow, we kind of can’t compete with that,” Jenna said.

According to the Braunvieh organization, the breed may be the oldest pure breed on earth, with records dating back to 800 B.C. About 130 head of Braunvieh were imported to the United States from Switzerland between 1869 and 1880 and this was the basis for the development of the American Brown Swiss that was declared a dairy breed in 1890. Braunvieh is a German word that translates to “brown cow” and the breed is known as the balanced breed, possessing body confirmation for optimum physiological performance.

Sawyer will now go on to show in the Houston Stock Show in March, the first time she’s competed there, and said she will get ready just like she does any other show.

“I’ll do the same thing I always do — walk them, practice with them, wash their hair forward like you’re supposed to, and just love on them,” Sawyer said. “I will usually take a little nap on the way [to a show] so I’m rested when I get there.”

Sawyer loves animals and said she wants to teach other kids how to show when she gets older.

There are nearly 35,000 entries in this year’s Fort Worth livestock show.

“The stock show has become a gathering place for the finest livestock in the world,” Fort Worth Stock Show President and General Manager Brad Barnes said. “We are committed to seeing that grow and providing a one-of-a-kind experience to our exhibitors when it comes to quality competition and pure Texas hospitality.”