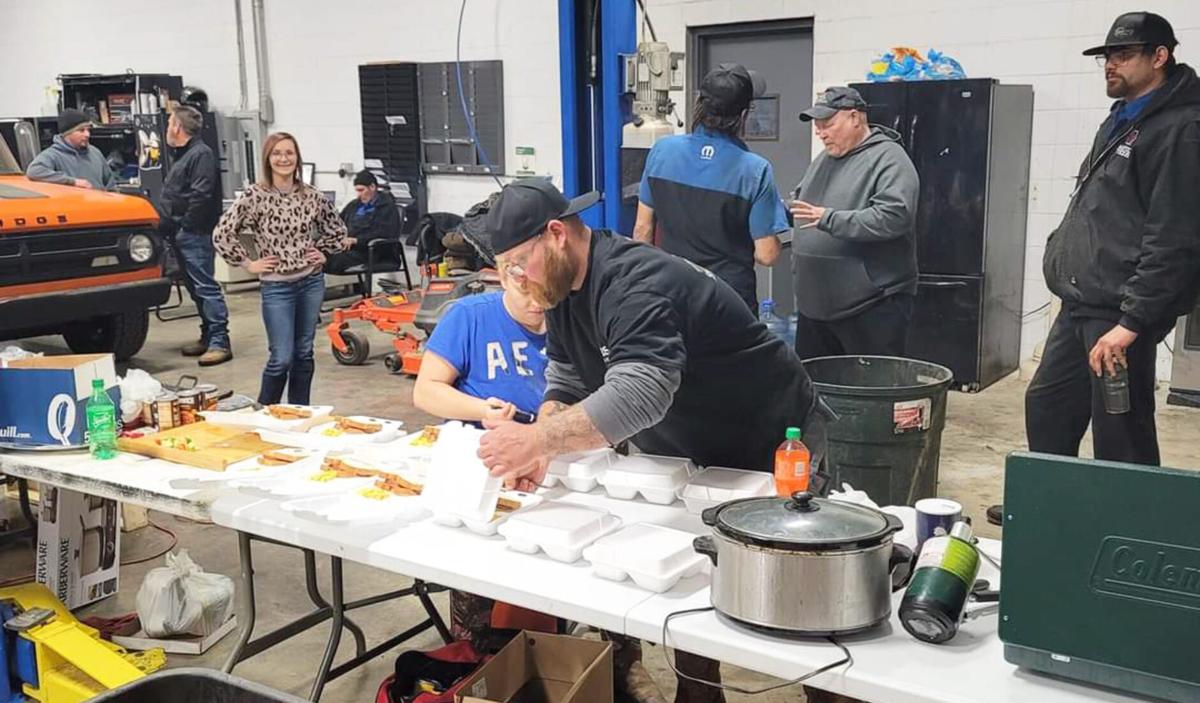 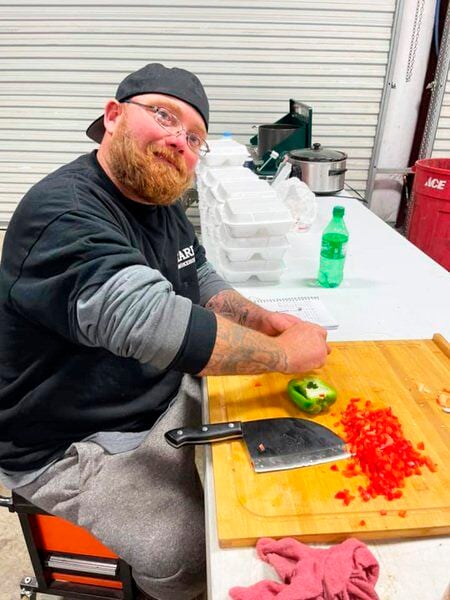 Mineral Wells business owner Zack Harris delivered over 19,000 plates of food to those in need last week during the winter storm. Ram Country Mineral Wells allowed Harris to operate out of the business’s bays, as Harris lost power and water to his home. 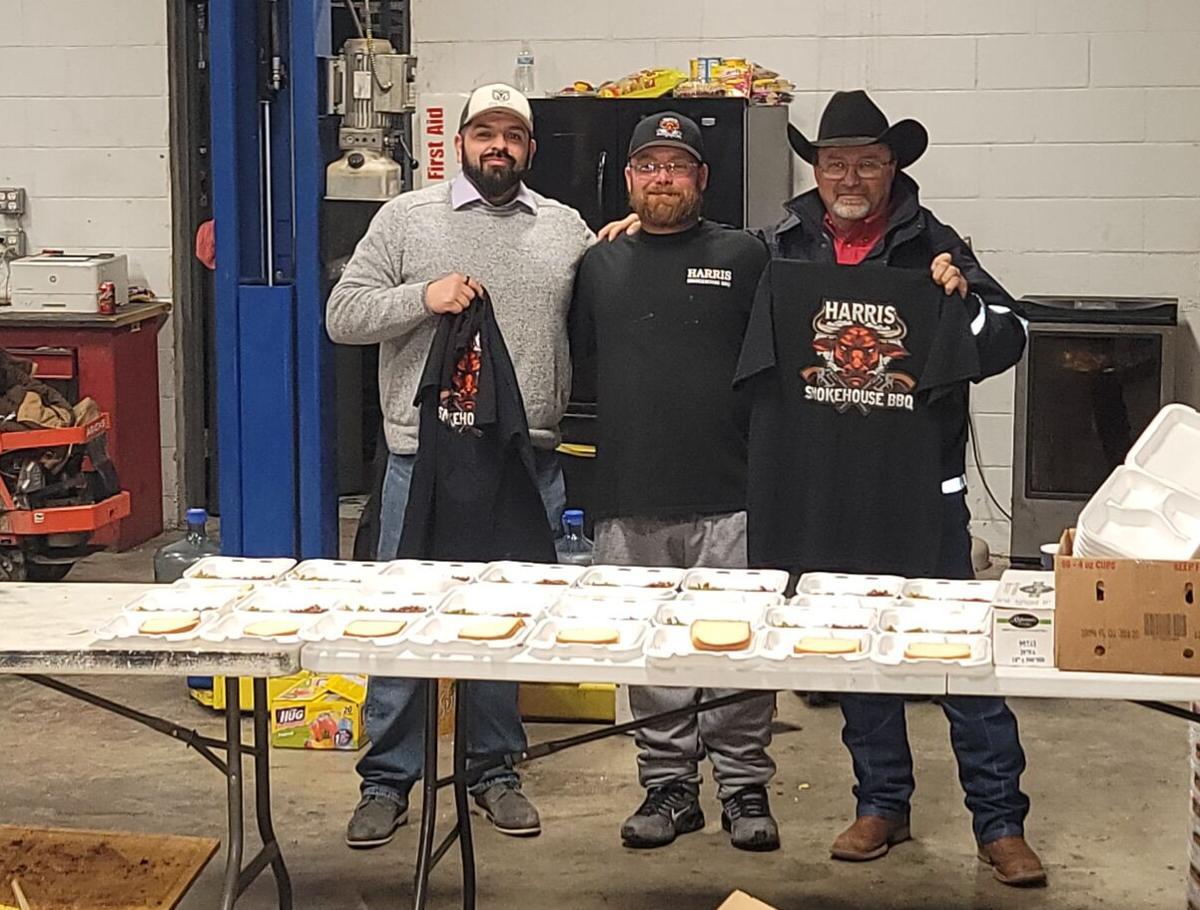 Mineral Wells business owner Zack Harris delivered over 19,000 plates of food to those in need last week during the winter storm. Ram Country Mineral Wells allowed Harris to operate out of the business’s bays, as Harris lost power and water to his home.

When last week’s winter storm hit, it left people without water, electricity and trapped inside their homes.

Mineral Wells business owner Zack Harris, of Harris Smokehouse BBQ, said he and his roommate began to realize that there were people going hungry and some that couldn’t get out and about. He decided to do something about it.

“There are a few homeless people here in our community, so we starting off aiming for that and for the elderly that maybe couldn’t get out,” he said. “We just wanted to try and feed them.”

That amount soon increased tenfold, as people struggling with water and electricity outages also reached out for help.

“I told them no questions asked, if anybody needs food, we’ll feed them,” Harris said. “It don’t matter who it is, if they need food, give them a plate. If they call for food, just send it to them.”

Harris began prepping Sunday night, and started cooking the meals on Monday. On Sunday night, he provided three families with some of the stew he had made for his own family.

Harris, who lives on the north side of town, had water in his home up until midweek. His water supplier, North Rural Water Company, was shut off by the city of Mineral Wells, which distributes the water to the wholesaler.

Another local business, Ram Country Mineral Wells, offered its services to Harris to help with the meal distribution, donating two bays for Harris to operate out of.

“They had perfectly good water so they offered to let me set my station up there,” he said. “Several of their employees jumped in and helped us deliver food for the whole week — it was amazing.”

Harris kept track of the number of plates and the addresses they were sent to, noting a total of 1,977 plates served within a five-day span.

The icy road conditions also provided another opportunity to help out through a partnership between Harris and Thomas Martinez, the owner of J&S Towing — helping people whose cars had gotten stuck on the side of the road.

“There was an older lady that my mom found, so we went out and [Thomas] would come in and help them get unstuck or tow their vehicle,” Harris said. “Half the time, he wouldn’t even charge me for them, but I insisted on giving him something, at least for fuel money.

“People were donating to my cause so I wanted to donate to his.”

Harris also helped several people secure — or prolong — rooms in a motel while their water and power were out.

“I didn’t ask them their situation and it didn’t really matter,” he said. “You’ve got to be fair to the world, and you can’t pick and choose who you help out.”

Harris said the week has brought his motto — “Team work makes dream work” — to life in the Mineral Wells community.

“In a time of crisis like that, the community needs to pull together and make things happen, and what’s exactly what we did,” he said.

Harris also gave a special shoutout to the first responders and firefighters for their actions all week long.

“They busted their butts during this time,” he said, “and I made sure they got two meals a day every day.”