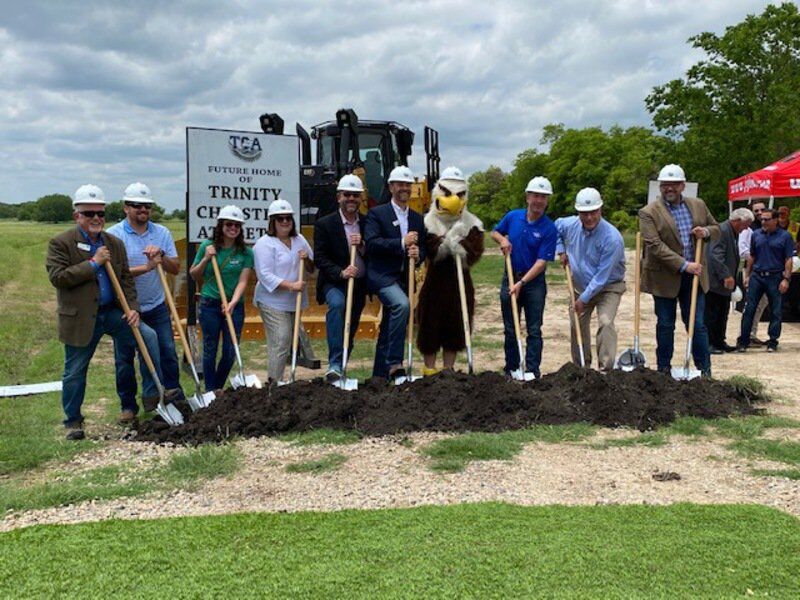 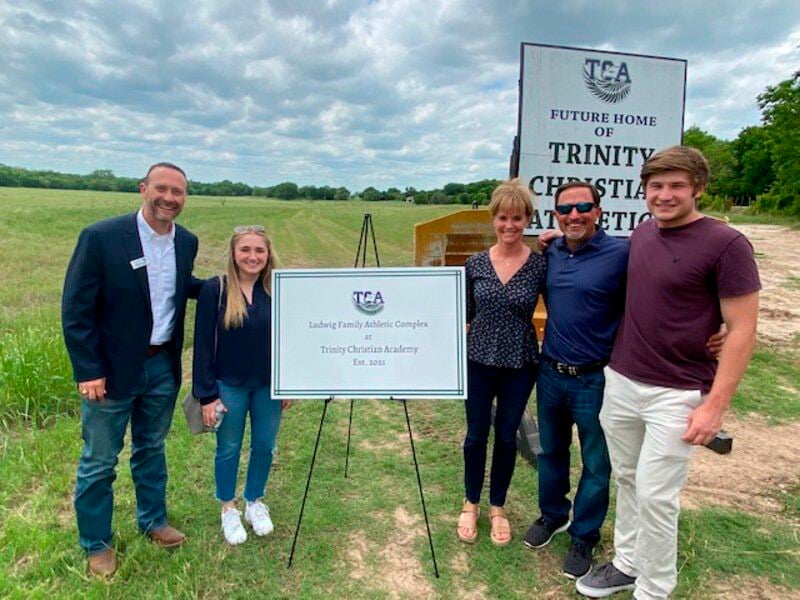 WILLOW PARK — For all of its 28 years of existence, Trinity Christian Academy has been without home fields for outdoor athletic programs. But not anymore.

Earlier this month, the school held a groundbreaking ceremony on 82 acres parallel to Bankhead Highway just west of the school campus. The property will be the home of the Ludwig Family Athletic Complex at Trinity Christian Academy to honor the dedication of John and Jodie Ludwig and their children, Brianna (class of 2016) and Andrew (class of 2018).

“John and Jodie Ludwig have been the epitome of what it means to commit their time, talent, and treasure to our school. They have faithfully given to and served our school community for many years,” TCA Head of School Mike Skaggs said.

Before the ceremony, Skaggs recalled the first six-man tackle football team the school fielded in the fall of 2000.

“I’ll never forget those first practices in a tiny, borrowed lot behind the First Baptist Church here in Willow Park or our first ‘home’ games in Mineral Wells at a rocky, uneven, rented field with a scoreboard that was missing so many lightbulbs it was often hard to tell the score,” Skaggs said. “Athletes and teams would go on to practice and play at rented fields all over our area and travel great distances and now, 21 years later, it is time for the need to be met.”

“Our families will no longer have to drive across three counties for home games and it will also give the school a place for events like our Eagle Dash, Field Day, and more,” outgoing Director of Development Susie Henning said. “We are all excited for it to become a community hub for TCA.”

The complex will also benefit the Parker County community at large.

Others in attendance at the ceremony included Willow Park Mayor Doyle Moss, who thanked Skaggs and the Ludwig family for their contributions, Grounded in Faith - Growing in Excellence campaign chair Bert Thompson, Judy Flanagin of state Rep. Phil King’s office, and Adam Feriend with JRJ Construction.

For more information on the project, visit tcaeagles.org or contact the school at 817-441-5897.