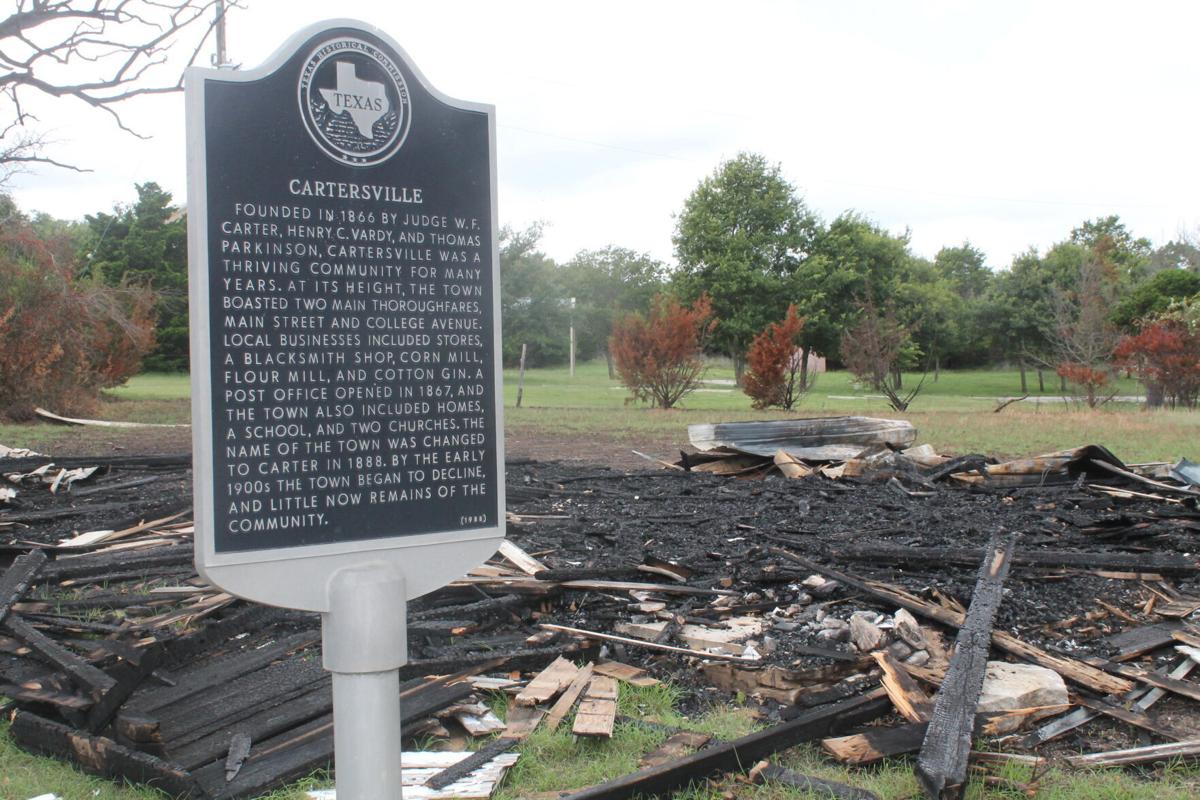 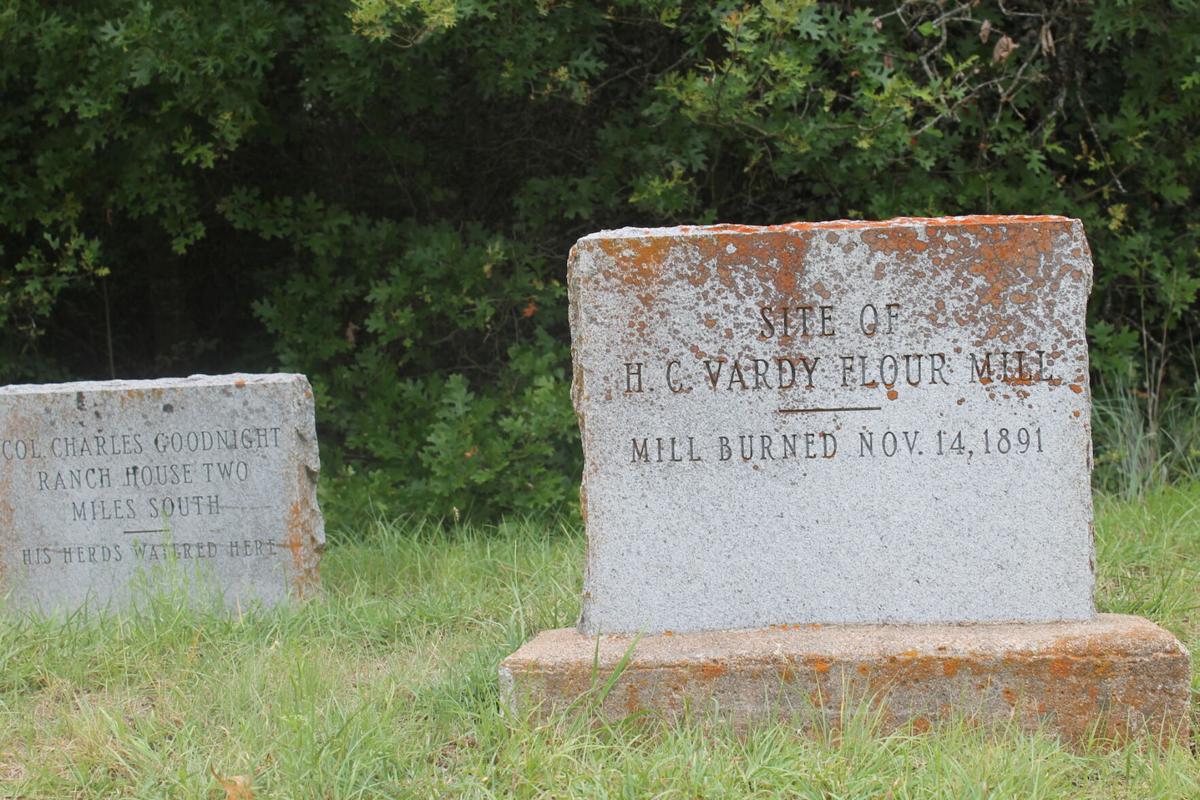 A pair of stone markers document where the old Vardy flour mill was, as well as the spot where Charles Goodnight's herds watered.

A pair of stone markers document where the old Vardy flour mill was, as well as the spot where Charles Goodnight's herds watered.

If you Google “old Carter church,” you’re not likely to end up a whole lot in the way of results.

A quick drive out to the property, however, will give you a glimpse of the history behind the building and its community, located off Carter Road just south of Springtown and about 10 miles north of Weatherford.

It’s been a little more than a month since the structure was ruled a total loss after it was set on fire. It has a history dating back to the late 1800s, but many documents surrounding the building and the town of Cartersville were lost when the Parker County Courthouse burned down in 1874, consuming all deeds, wills, probated and marriage records.

A historical marker at the location lists Cartersville — as it was originally known — as being founded in 1866 by it’s namesake Judge W.F. Carter, Henry C. Vardy and Thomas Parkinson.

The three men built a flour mill near the banks of Clear Fork Creek and added a cotton gin within a year.

“When they built the flour mill, that was probably the start of the little town,” according to an oral history recording by former Weatherford Public Library Genealogy Librarian Evyln Broumley.

Cartersville established a statewide reputation for its flour, which was judged the best in Texas at the State Fair of Texas in Houston in 1873, according to the Texas State Historical Association Handbook of Texas.

A general store, a blacksmith shop, a common school, and a church soon were erected between the town’s two main thoroughfares: Main Street and Houston Avenue.

October of 1867 marked the beginning of the town’s post office, with Vardy serving as the first postmaster, and a second church.

“In the 1870s, the town was really flourishing, but there’s no way to know exactly house many houses or people,” Broumley said. “They certainly didn’t have a city limit sign.”

An excerpt from the Thursday, Aug. 21, 1879 edition of the Fort Worth Daily Democrat listed the town’s population at 70, with “one general store, a fine flouring mill, post office, gin, blacksmith shop, etc.”

During that time, the local encounters with Indians was a common, and sometimes fatal, occurrence, leading to the creation of “Fort Gilley.”

“There was a man named Gilley with a good, stout house,” Broumley said. “I don’t know that it was ever an official fort, but during the Indian raids, people forted up at his place.”

A historical marker on the property notes, “Joe Hemphill of the Carter community was the last person killed in Parker County by the Indians July 1874.”

Another marker documents the account of W.H. McLaughlin, who saw Indians pass and later found out they stole “the Davis boy and girl.”

By 1877, the school had long since been going, Broumley said, with 21 pupils.

“At that time, Texas had a law, and we were very fortunate that they did promote education,” she said. “That’s why every county was given school land — that is, a land grant to finance the school.

“Every county was to be divided into five-square-mile sections, and every section could have a schoolhouse, preferably near the center, that way no pupil would have to walk two-and-a-half miles to school.”

Around 1884, something like a school district was formed, consolidating to cover three schools and 103 pupils in the area, Broumley said, though documentation of the school history was scarce.

“Basically, school records were not kept — they were tossed out every so often,” she said.

As surrounding communities grew, the population of Carter began to gradually decline, with postal service to the community discontinuing in 1907.

In August of 1959, a Carter Homecoming group dedicated a marker to the town’s heritage.

“This memorial is a tribute to the memory of the pioneers of this settlement who, by their foresight and perseverance, have left us a noble heritage and a desire to build for our children as they did build for us,” it reads.

The old Carter building had sat unused for quite some time, and had been boarded up with plywood to keep people out.

“There was no monetary value to the structure, but the historic value is priceless,” Central VFD Fire Chief David Chilcutt said. “There’s just a lot of history there.”

An old tabernacle next to the structure was unharmed.