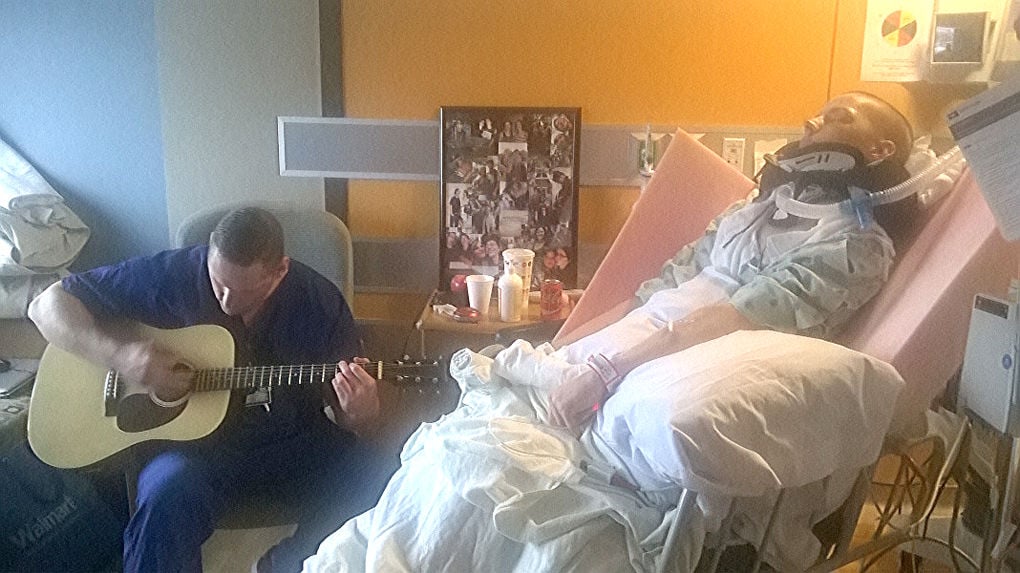 A nurse at John Peter Smith Hospital plays the guitar for Dylan Lamoreaux. 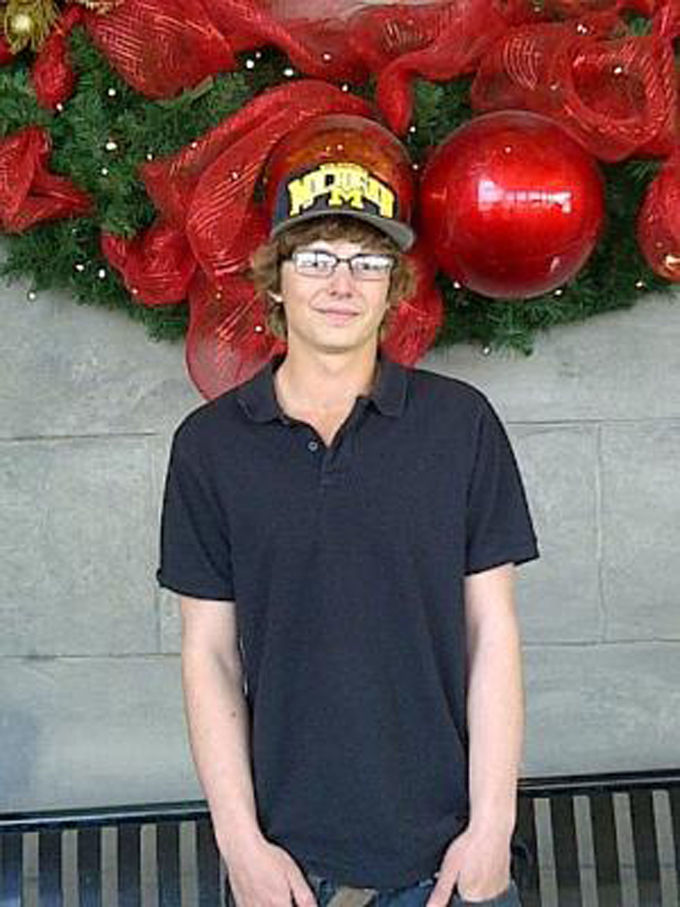 Dylan Lameroux is recovering after being injured in a car wreck in January.

A nurse at John Peter Smith Hospital plays the guitar for Dylan Lamoreaux.

Dylan Lameroux is recovering after being injured in a car wreck in January.

A thumbs up or a wiggled toe.

Visitors who drop by to play the harp or guitar.

Recovery has been a slow process for the Weatherford native, who suffered a traumatic brain injury and numerous other injuries earlier this year.

Lamoreaux and a friend were traveling home on FM 51 north of Decatur on Jan. 31, a dark, rainy night, when the vehicle driven by Lamoreaux crossed into the northbound lane and struck an oncoming vehicle.

All five men in the vehicles were taken to the hospital with injuries.

“He’s just still in an unconscious altered state is what they tell us,” Judi Lamoureaux said Tuesday about her son.

After 20 days in the Intensive Care Unit at John Peter Smith Hospital, he was moved to the trauma floor.

They are currently working with a social worker to find a temporary place at a nursing facility until he fully regains consciousness.

“Everything in his body has been fixed that can be fixed,” Lamoreaux said. “We’re just waiting for his mind to basically come on back and [we can] see what we’re dealing with.”

Prior to Jan. 31, the 2011 Crosstimbers Academy graduate spent his time teaching himself guitar, skateboarding and working a delivery route for a beer distributor.

Because Lamoreaux did not work enough hours with the company, he was not yet eligible for medical benefits when the crash occurred, his mother said.

With medical expenses mounting and help from social services expected to take up to a couple of months to become available, a fund has been set up at First Financial Bank in Weatherford under the name of Abbie Burks in reference to Dylan Lamoreaux. Those wishing to donate can also do so online at www.gofundme.com/dylans-angels.

“This fund will be used to try to get Dylan into the best rehabilitation facility we can find,” Lamoreaux said. “He will need extensive rehab when he awakens from his coma.”

Lamoreaux said they also welcome any musicians who want to volunteer to play for Dylan. She can be contacted by email at luseyluse@hotmail.com or by phone at 817-694-3681.

Despite the challenges, the family is hopeful, Lamoreaux said.

From the friend who set up the fundraising account to the local band members who held a jam session in his room one evening, the support Dylan and his family members have received has been significant, according to the family.

“We have had an incredible amount of outpouring of support and love from the Weatherford community as well as people who know Dylan, teachers who taught Dylan, friends and complete strangers,” Lamoreaux said.