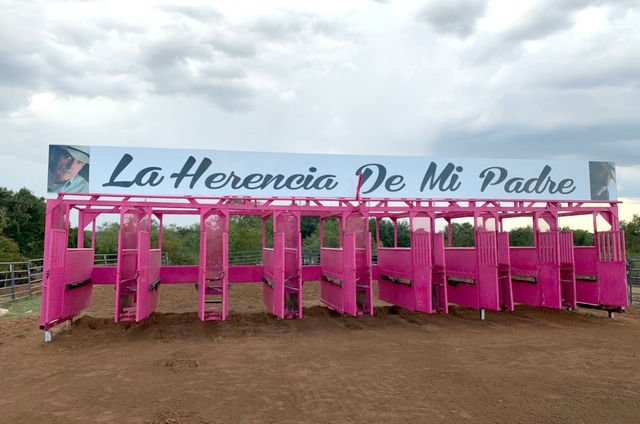 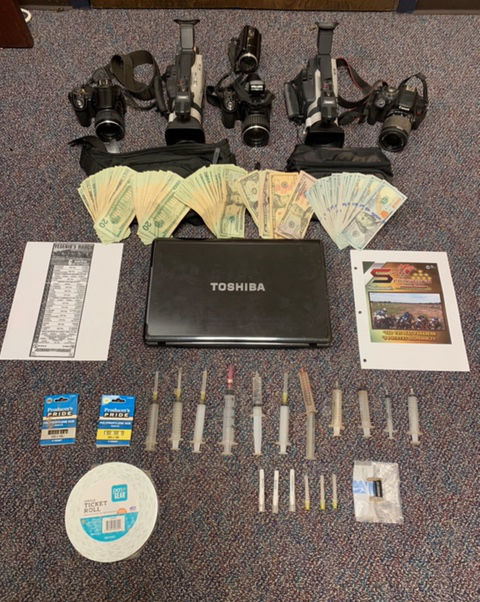 Evidence collected from an illegal horse racing operation, which includes empty syringes that are being tested for illegal substances and illegal shocking devices used to enhance the performance of a horse.

Evidence collected from an illegal horse racing operation, which includes empty syringes that are being tested for illegal substances and illegal shocking devices used to enhance the performance of a horse.

Parker County Sheriff Larry Fowler said the arrests were made Sunday afternoon stemming from a weeks-long investigation. Investigators reported more than 1,000 people attended the race, located at 1377 Walnut Creek Drive in Springtown. No spectators were arrested.

Texas DPS spear-headed the investigation, where dozens of horses were found to be forced to race illegally in an unsanctioned race, according to the sheriff's office.

“The Racing Act was established in order to keep horses from racing more than once in a 24-hour period,” Fowler said. “Most of the horses and jockeys were found to be racing twice in the same weekend. These laws were created to protect them.”

Fowler added that numerous large syringes and drug paraphernalia were found on the scene.

“Some of the syringes were empty and some were full,” Fowler said. “The substances are being tested for illegal substances, potentially harmful to equines. It allows a horse to be pushed to the limits under a race, but can cause serious health conditions and even result in the death of a horse.”

The Texas Animal Health Commission completed more than 40 livestock inspections on vehicles, which hauled 82 equine and found 147 Class C violations of no equine infectious anemia (Coggins) or Piroplasmosis test. Investigators found only one horse had the proper paperwork.

Fowler said he would like to thank Texas DPS for allowing the sheriff’s office patrol, animal control division, and Special Crimes Unit to assist in the operation.

“Working in collaboration with outside agencies always makes for a better outcome during any investigation,” Fowler said. “We would also like to thank the Texas Racing Commission, Texas State Animal Health Commission and the Texas and Southwestern Cattle Raisers Association for their assistance in the operation.”

Fowler said five of the arrested individuals had ICE detainers placed on them. An additional man, identified as Ricardo Guerrero Perez, 56, of Fort Worth, was arrested on a parole warrant and a possession of marijuana warrant out of Childress County.

The woman who was the head of the illegal horse race operation was identified as Yesenia Garza, 41, of Arlington.

Jessica Judith Davila, 40, of Fort Worth; Blanca Gonsalez, 50, of Springtown; Edgar Valentin Mendoza, 35, of Fort Worth; Juan Francisco Renteria, 34, of Dallas; Ever Noruf Rodriguez-Rodriguez, 32, of Arlington; Pablo Erasmo Solis, 32, of Irving; Ivan Raymundo Suarez, 23, of Dallas; and Alonso Venzor, 21, of Irving. All charges were for violation of the racing act, carrying a $15,000 bond for each individual. Those with ICE detainers will be held without bond.