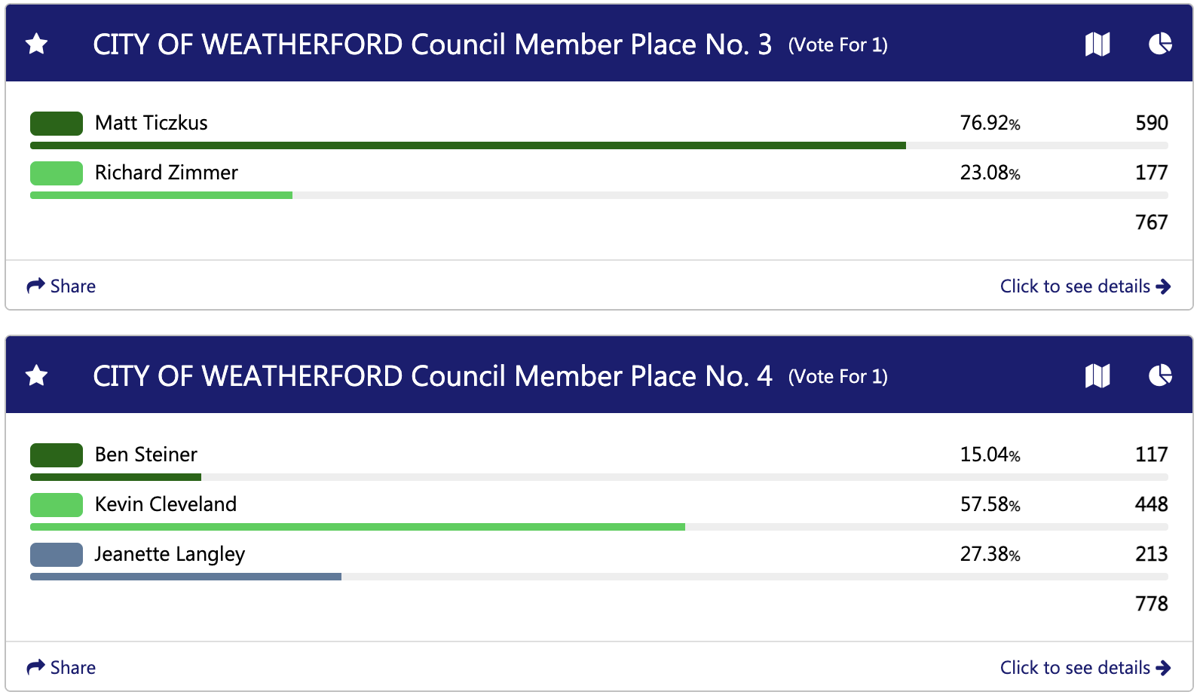 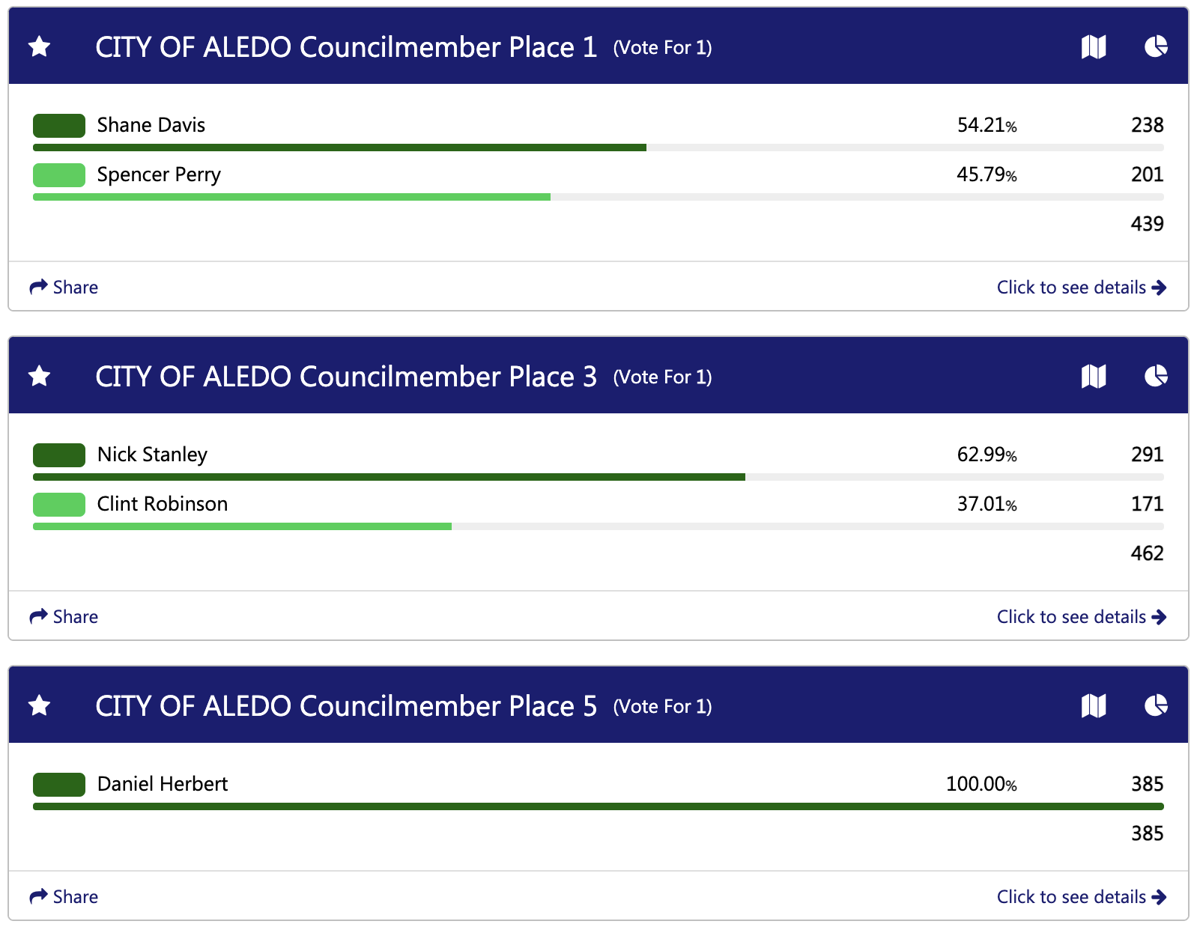 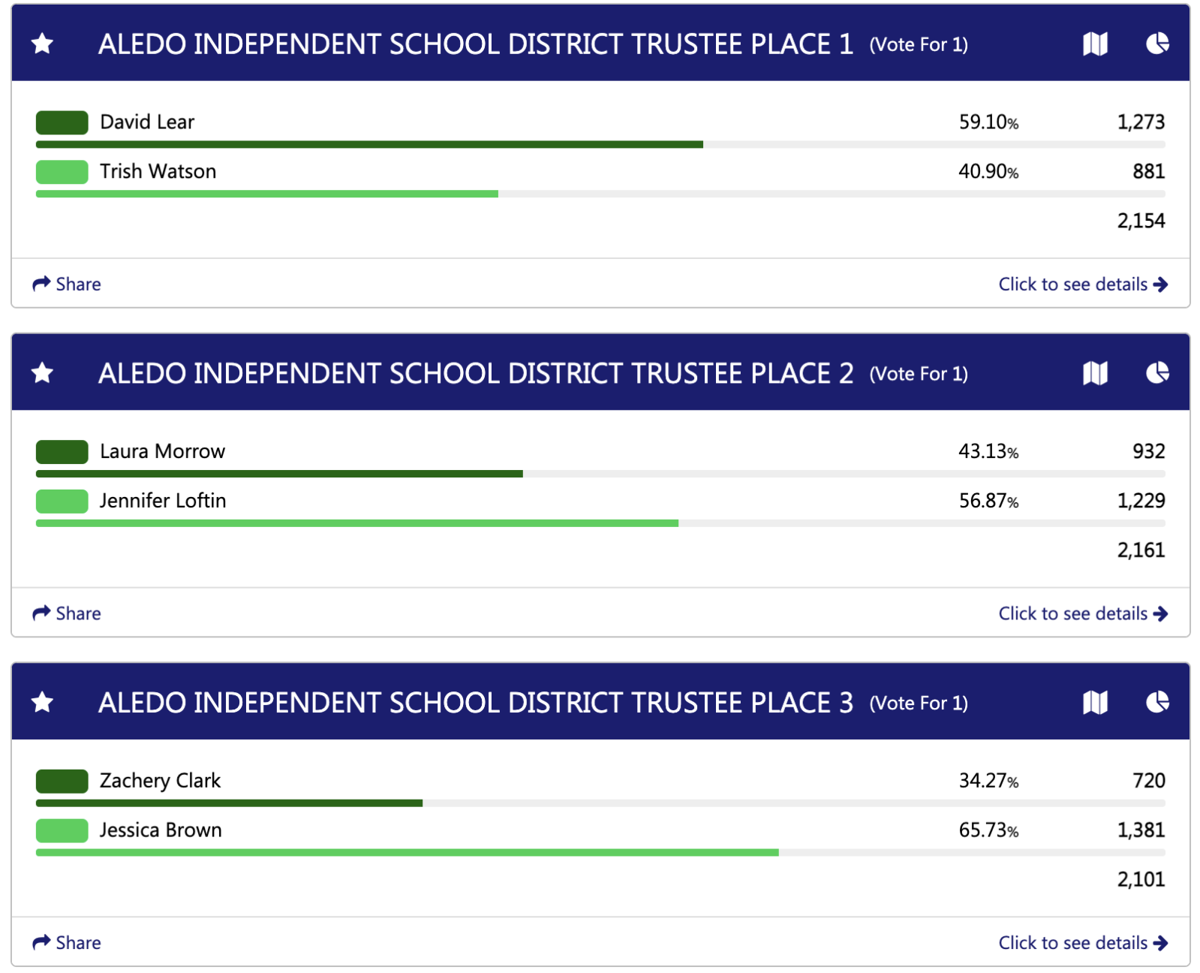 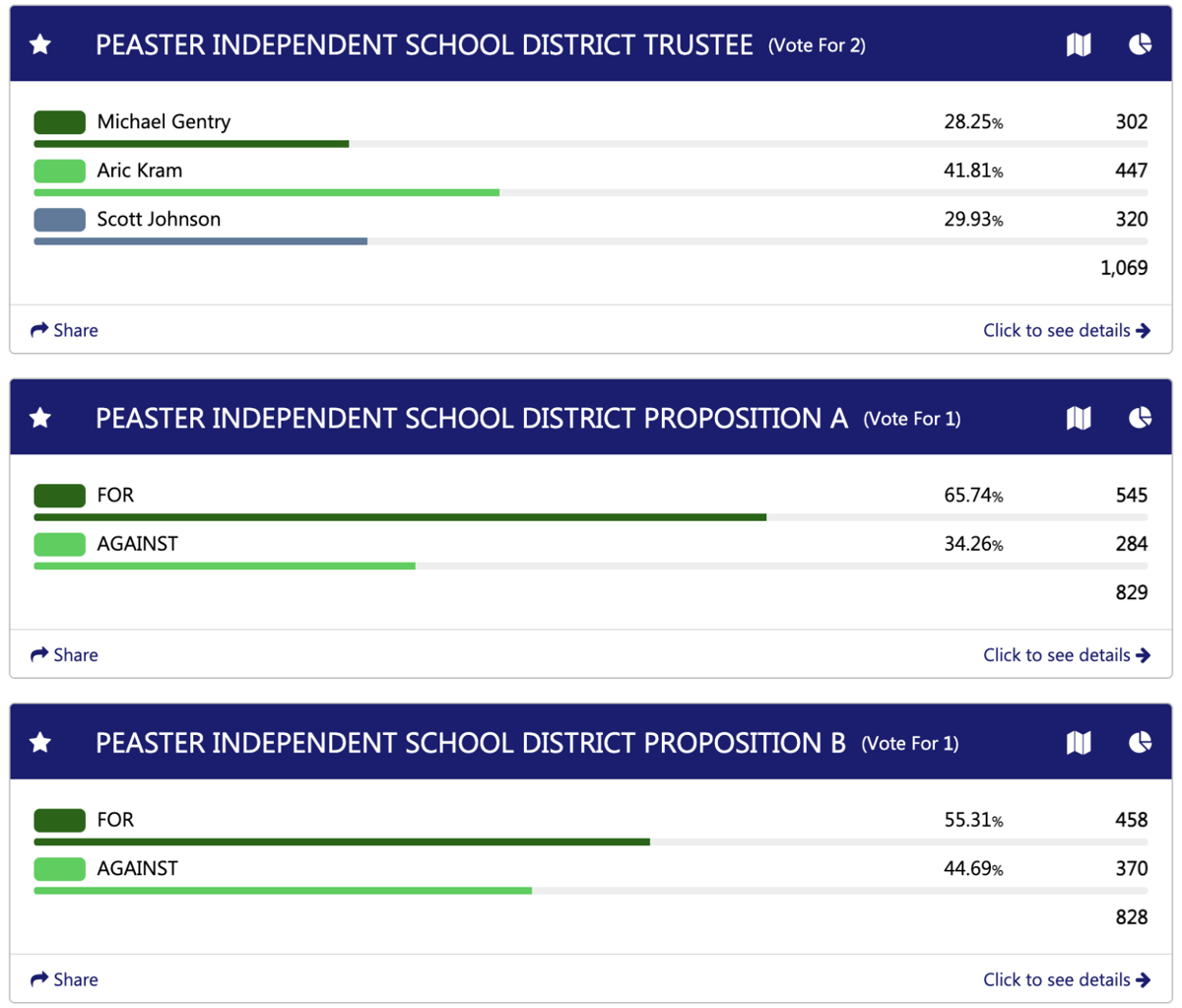 The final but unofficial election results were announced just after 8 p.m. Saturday and the bulk of Parker County incumbents in city and school district races saw victory.

Bruce Pinckard came out on top in the race for Annetta City Council Place 3 against Al Gloer with 66.67% of the votes. Gloer received 33.33% of the votes.

Garner ISD’s $15.5 million bond was opposed by voters with 56.65% votes against the proposition.

The 1% sales and use tax increase for Parker County Emergency Services District 1 received voter support with 59.89% of the votes.