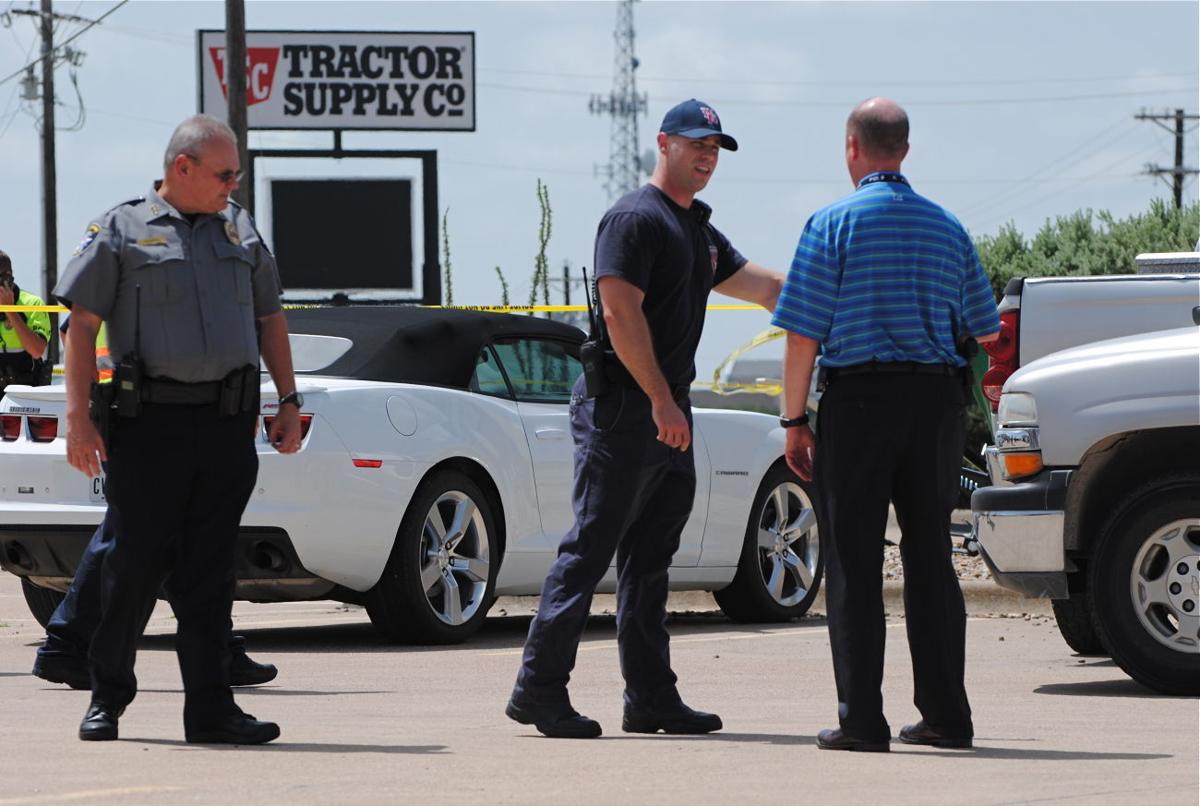 A Weatherford firefighter gives a statement to Weatherford police shortly after an officer-involved shooting Tuesday morning at David's Western Store. 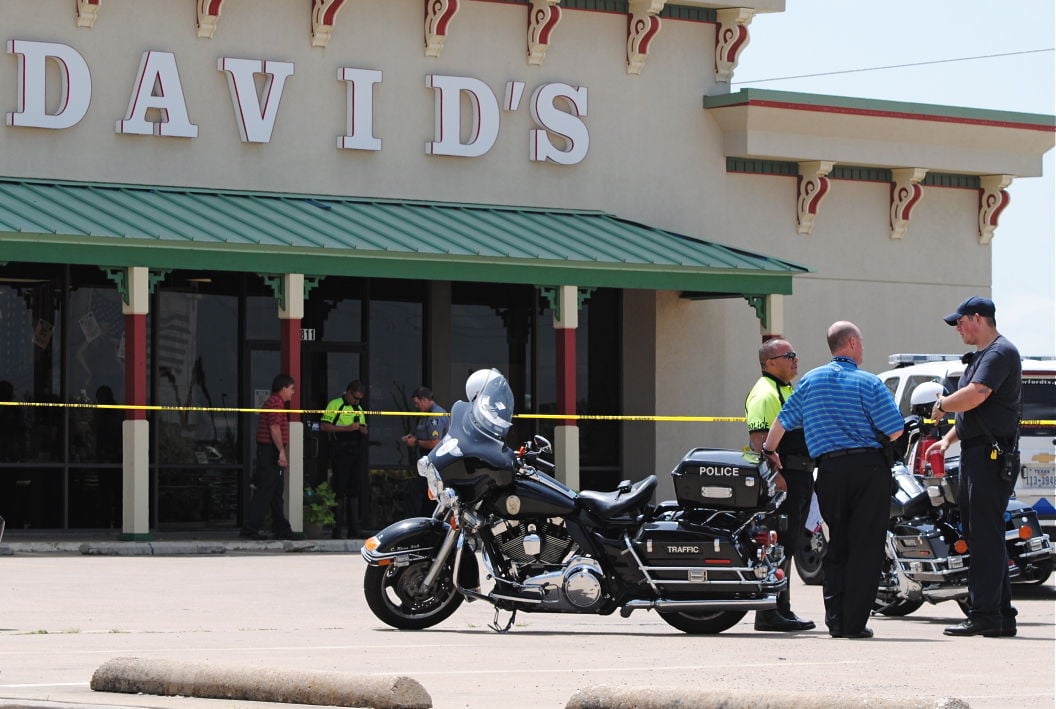 A Weatherford firefighter gives a statement to Weatherford police shortly after an officer-involved shooting Tuesday morning at David's Western Store.

A man shot by Weatherford police Tuesday morning while wielding a knife in a store has died, according to the Weatherford Police Department.

Shortly after the man pulled a knife on paramedics Tuesday morning and entered a nearby store, a responding officer confronted the man and shot him, Weatherford Police Cmdr. Chris Crawford said

LifeCare and Weatherford Fire Department were dispatched late Tuesday morning to a medical call after a caller reported a man apparently stumbling and acting strangely along South Main, according to Crawford.

“They were trying to assess him and talk to him and find out what it is they could help him with,” Crawford said. “During the course of that conversation, the suspect stood up ... He was not really talking to them a whole lot. And the suspect pulled a knife out on the fire department and LifeCare paramedics that were on scene.”

The paramedics backed up and immediately called for help from police, according to Crawford, who said the man then walked across the parking lot and entered David’s Western Store.

An officer arrived on scene quickly and went inside to see what the man was doing.

“After a few moments inside, the officers confronted the suspect with the knife,” Crawford said. “Shots were fired and the suspect was struck at least once.”

The man immediately went down and the knife was removed from his hand, according to Crawford, who said he understands the shooting occurred just inside the doorway of the business.

The man was given medical treatment at the scene and was alive and in serious condition when transported to Texas Health Harris Methodist Hospital by LifeCare, where he was rushed into surgery, according to police. The man was later pronounced dead.

Police did not release the name of the man who was shot or the officer, who was not injured.

The officer, who has been placed on administrative leave as is routine in officer-involved shootings, has been with the Weatherford police department for longer than seven years, according to Crawford.

“This incident is another example of how quickly routine calls or seemingly normal situations can turn violent and/or escalate into a life-threatening situation not just for the police officers, but for our citizens, fire and EMS personnel who were also on the scene,” Crawford said.

The Texas Rangers were contacted and are leading the investigation into the shooting, per normal department procedures, according to Crawford.

The store had reopened by late afternoon. Staff referred the Democrat to police.