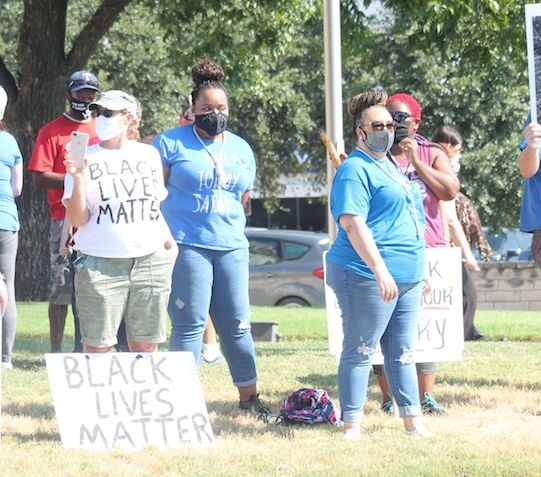 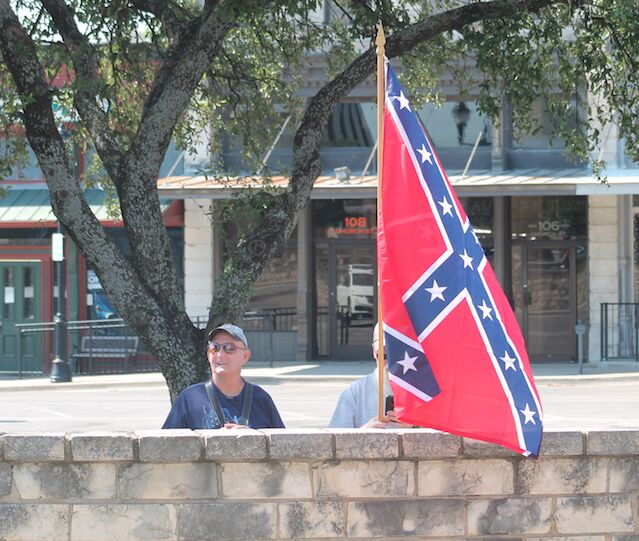 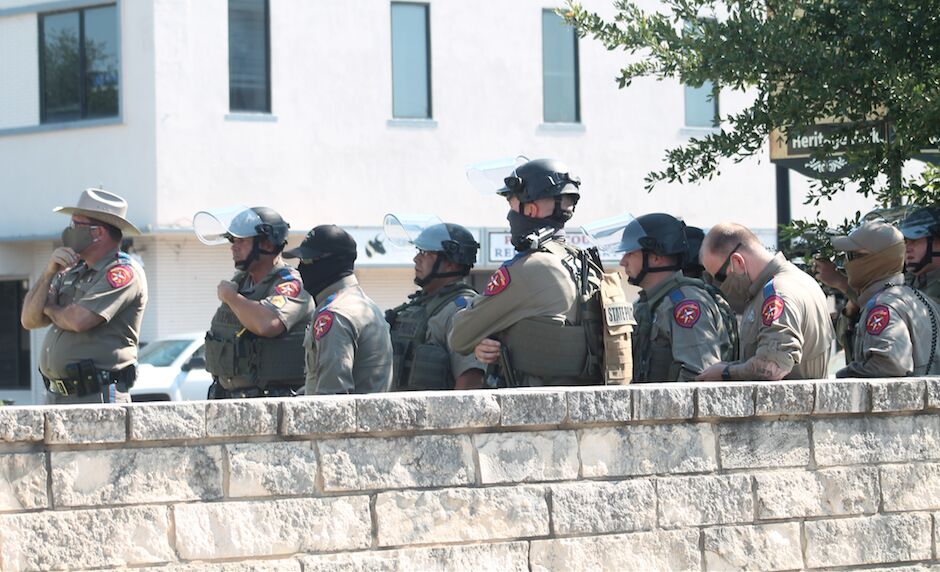 A gathering Sunday morning at the Parker County Courthouse over the Confederate monument located on the courthouse lawn drew several local residents as well as numerous law enforcement officers, but the event dispersed without any incidents.

While a handful of residents gathered on one side of the square, with some waiving American, Confederate and "Blue Lives Matter" flags, another group gathered on the lawn with signs referencing Black Lives Matter and racial injustice.

James Gray, an organizer and member of the Progressives in Parker County, which has held several protests at the courthouse, said his group was there to continue to bring light and raise awareness for what the statue stands for.

"We're here like we've been dozens of times before," he said. "[This statue] needs to be removed from government property.

"We knew this was going to be a process, and we're in it for the long haul."

Weatherford resident Piper, who declined to give her last name, said she and others were there to make sure nobody damaged the monument.

"The county commissioners voted, so why are they here," she said. "The citizens of this town have spoken that they want the statue to stay."

The monument protests have drawn lots of attention, and last weekend, a protest involving groups on either side of the issue, resulted in several fights, police issuing a dispersal notice and two being arrested.

Parker County Commissioners Thursday afternoon brought up the event, before voting unanimously to keep the statue on the lawn. The statue was determined to be owned by the state United Daughters of the Confederacy, and state president Dorothy Norred Thursday told the county her group wanted the statue to stay where it was.

Weatherford resident Claire Olsen said she has attended many of the previous protests and wants others to understand the significance of the statue.

"This is a symbol of oppression of enslaved people," she said. "It's offensive and it needs to be relocated and put on private property."

Weatherford police, sheriff's deputies and state police were on hand Sunday, but there were no incidents.