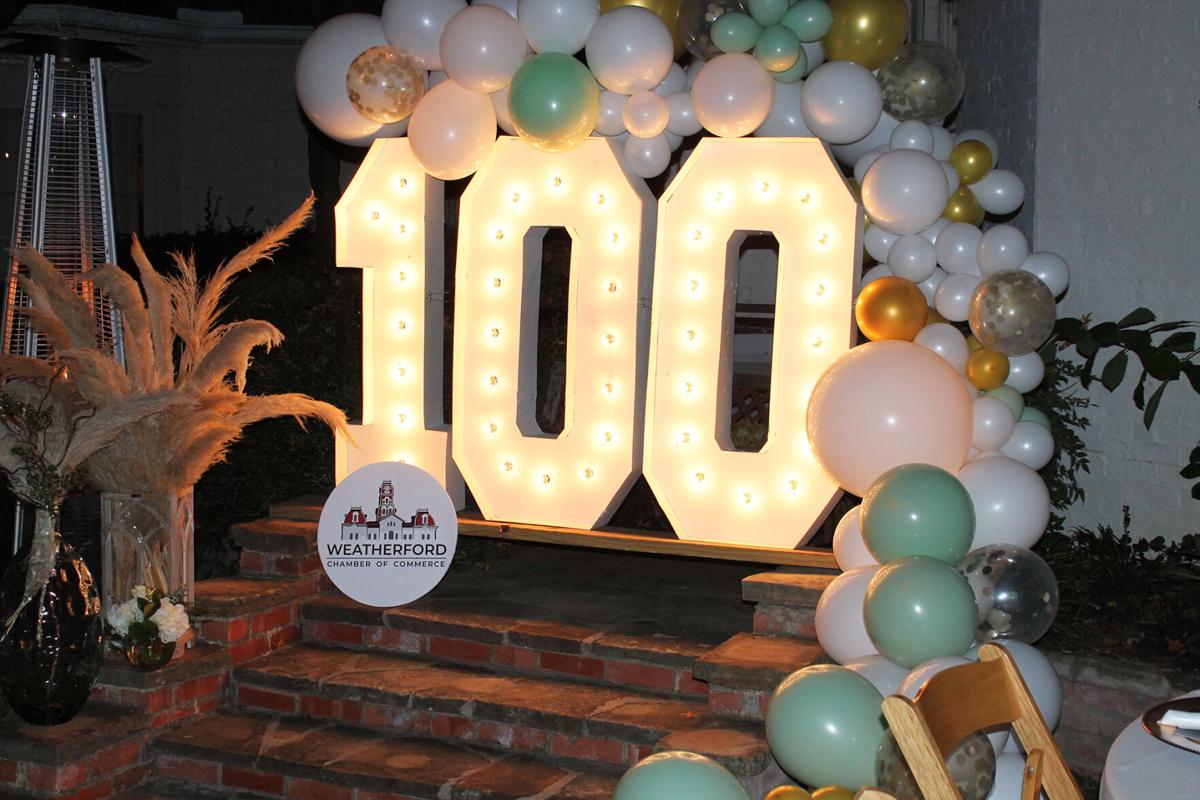 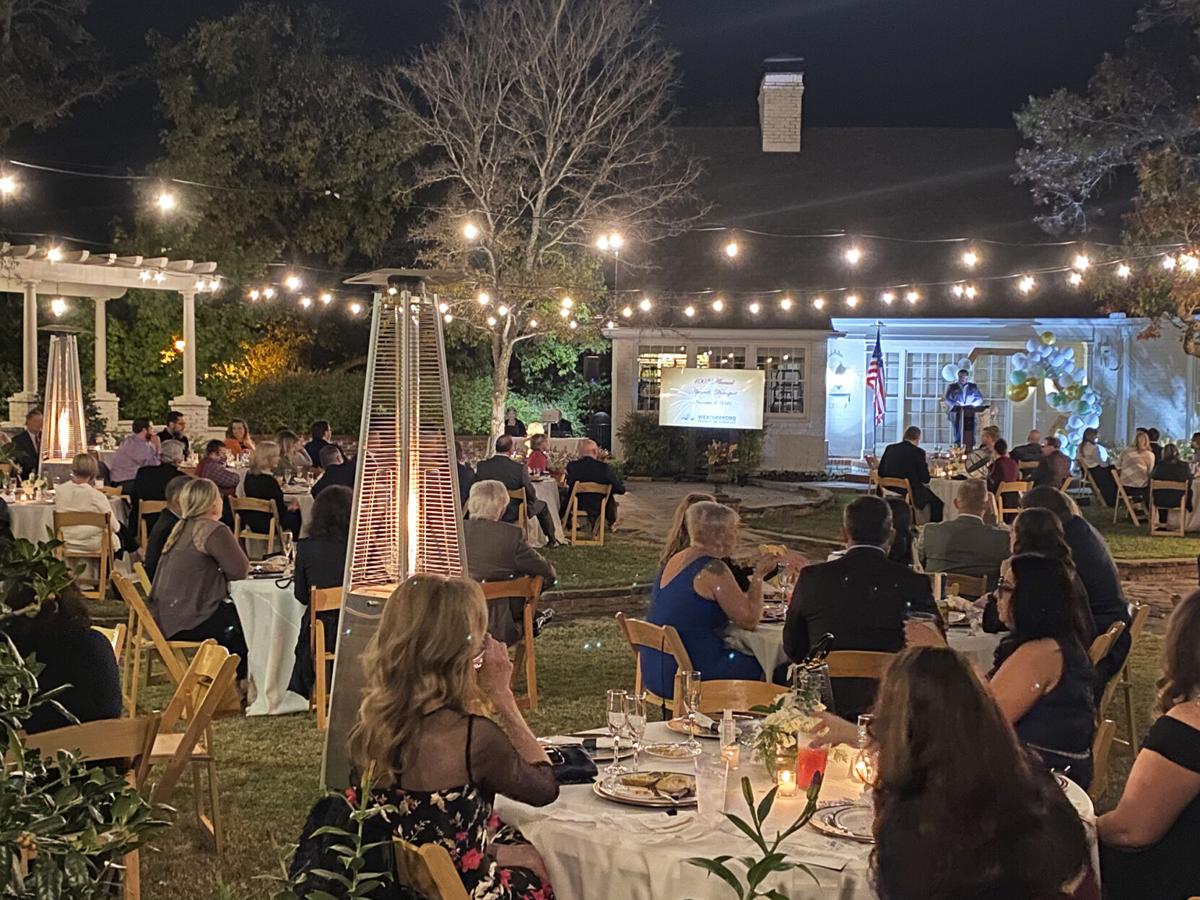 The Weatherford chamber banquet was held at Chandor Gardens, which provided a new outdoor backdrop while allowing people to socially distance.

The Weatherford chamber banquet was held at Chandor Gardens, which provided a new outdoor backdrop while allowing people to socially distance.

The efforts of local businesses and individuals were recognized Wednesday night during the 100th annual Weatherford Chamber of Commerce Banquet.

The event was a bright spot in a year of fluctuation for many because of the coronavirus pandemic.

“Challenges really have a way of revealing what we’re made of and who we are,” incoming chamber board Chairman Brandon Garrett said. “In 2020, we saw so many of Weatherford’s local businesses and community leaders rise to the occasion.”

This year’s event was held a little later than normal, and at an outside venue to ensure health precautions and social distancing.

“It was especially important for us to be able to celebrate our businesses and individuals this year,” Weatherford Chamber President Tammy Gazzola said. “We have watched businesses adapt and adjust to new normals so we did the same. Hosting the annual banquet outdoors was a first to my knowledge, but Chandor Gardens was absolutely stunning.”

Belinda Dickard was named Ambassador of the Year and Lambdin was given the Rising Star Award for Young Business Leaders.

In honor of the 100th year of the banquet event, Gazzola said the chamber put together a time capsule to be opened at a chamber banquet in 2070. The capsule was sealed Friday.

Board members recently had the chance to look at a chamber of commerce annual from 1920.

“In looking at that, we are reminded that these folks had just come through World War I and another pandemic — the Spanish Flu of 1918,” Garrett said. “These were challenging times but even back in 1920, the residents of Weatherford and Parker County were strong and resilient.”

The evening concluded with a toast to the next 100 years, followed by fireworks.