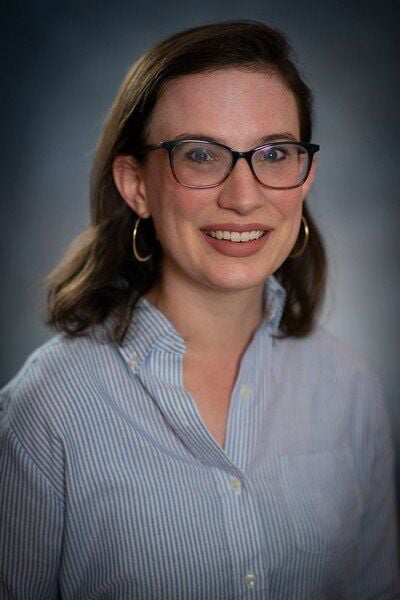 It is tempting — ever so tempting — to claim authorship of the headline introducing a column written a dozen years ago.

To make such a claim, however, wouldn’t set well with my conscience, even if no libel charges took me to task.

The account detailed travails of a then 15-year-old Alabama girl who lost a leg to a cancer called Ewing’s Sarcoma in 2000, then the other to the same disease in 2007. She chose these words for a sign on her hospital room door: “Footless but not DeFEETed!”

Such is the ongoing spirit of Mackenzie Derr, who insists on a “sunny side up” approach to life. Her incurable optimism is as welcome as her “cancer free” pronouncement rendered soon after her second surgery.

Since writing that column, I’ve never heard the expression “cut off at the knees” without thinking of this wonderful young lady who presses on, even though sometimes inconvenienced by a pair of dissimilar protheses.

She is doggedly determined to seek normalcy in her day-to-day life, even if driving an automobile requires special hand-operated controls. When she was 16, her mom’s car was converted for hand controls. Now that she’s out of college and living independently, she bought her own car. (Aside: Some rental car companies have vehicles modified for hand operation, but ‘Kenzie warns, “Always call in advance.”)

A while back, I noticed something about her on Facebook, and was able to “track her down.” I was happy to learn that since our only meeting in NYC, she indeed had finished Vestavia Hills High School and then Auburn University, where her successes were multiplied. The adjective “exemplary” seems to fit.

Majoring in psychology, she completed college in four years, graduating in 2014. Following in her mom’s footsteps, she accepted a position with HealthSouth (now Encompass Health) where her mother retired in Human Resources after a 20-year tenure.

I’ll always believe our meeting was providential. My wife and I were visiting NYC. On a Friday morning, I was a press guest of ABC News for the live telecast of Good Morning America from Bryant Park.

My seating was adjacent to a group from Alabama. They were there as guests of Birmingham’s Tum Tum Tree Foundation, which provided the weekend fling in NYC to recognize Mackenzie’s 16th birthday.

Soon I was overhearing their triumphant conversations. Oh, how they loved ‘Kenzie, celebratory about her completing 10 rounds of chemotherapy, undergoing a bone marrow transplant in record time and taking on life after two major amputations.

Count on ‘Kenzie to continue to sparkle as her world enlarges. She has ongoing thankfulness for her family, medical science, her work and God. Little wonder she has received the American Cancer Society’s Life Inspiration Award and chosen by the Tum Tum Foundation for the NYC trip. She is appreciative of Locks of Love, where she sent 12-inch-long tresses prior to her second surgery.

Further, she’s grateful to the M. D. Anderson Hospital Foundation for its decade of sponsorship of annual ski trips to Park Cities, Utah, for 15-20 amputees. Oh, she also enjoys zip-lining and parasailing …

Her “Thanksgiving 2020” includes utmost gratefulness for a college semester in Rome, where she sustained a broken foot two weeks before returning home. Luckily, she didn’t need a doctor, but rather an Italian prosthetic specialist, and she found one.

Her goal is to “make a difference” in the world, not that she hasn’t already done so. She’s passionate about the environment, disabled persons’ rights and the American Cancer Society, on whose board she serves in Birmingham. She hopes to become a project manager for the Birmingham firm.

On a personal note, she’s hoping to find “new digs” — the kind that allows dogs. She’s eager to have one, and the doggie would have a good home ...