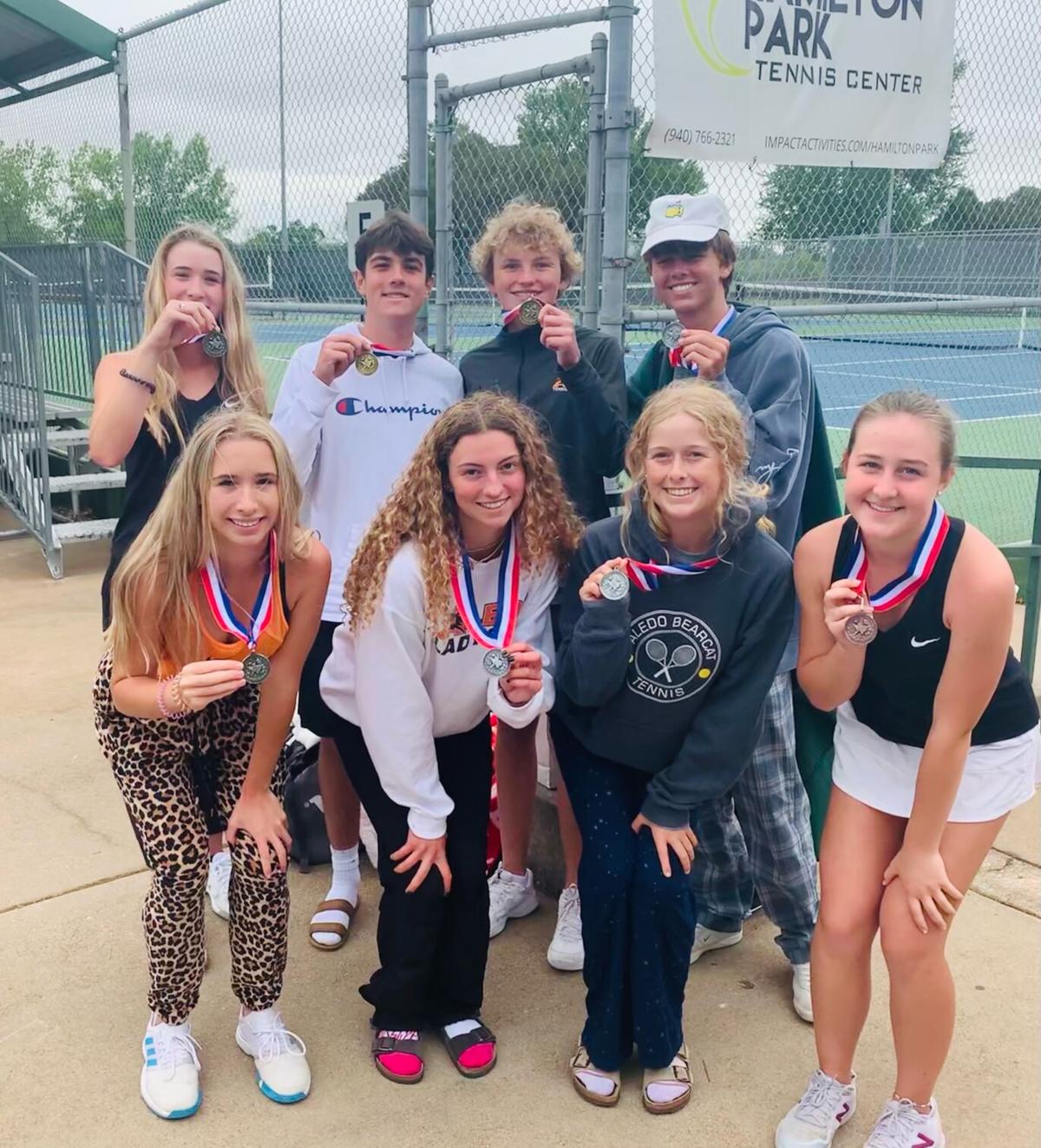 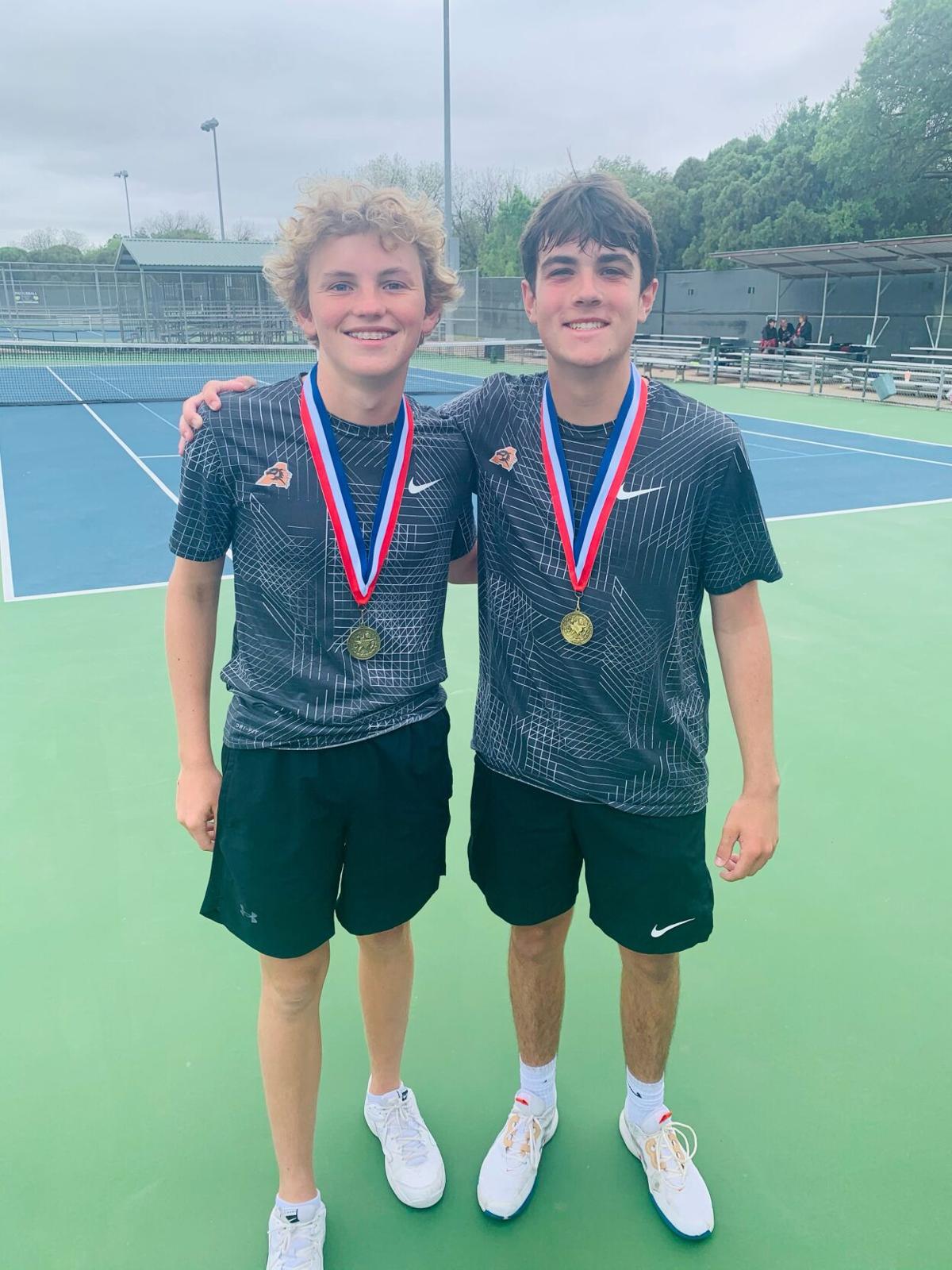 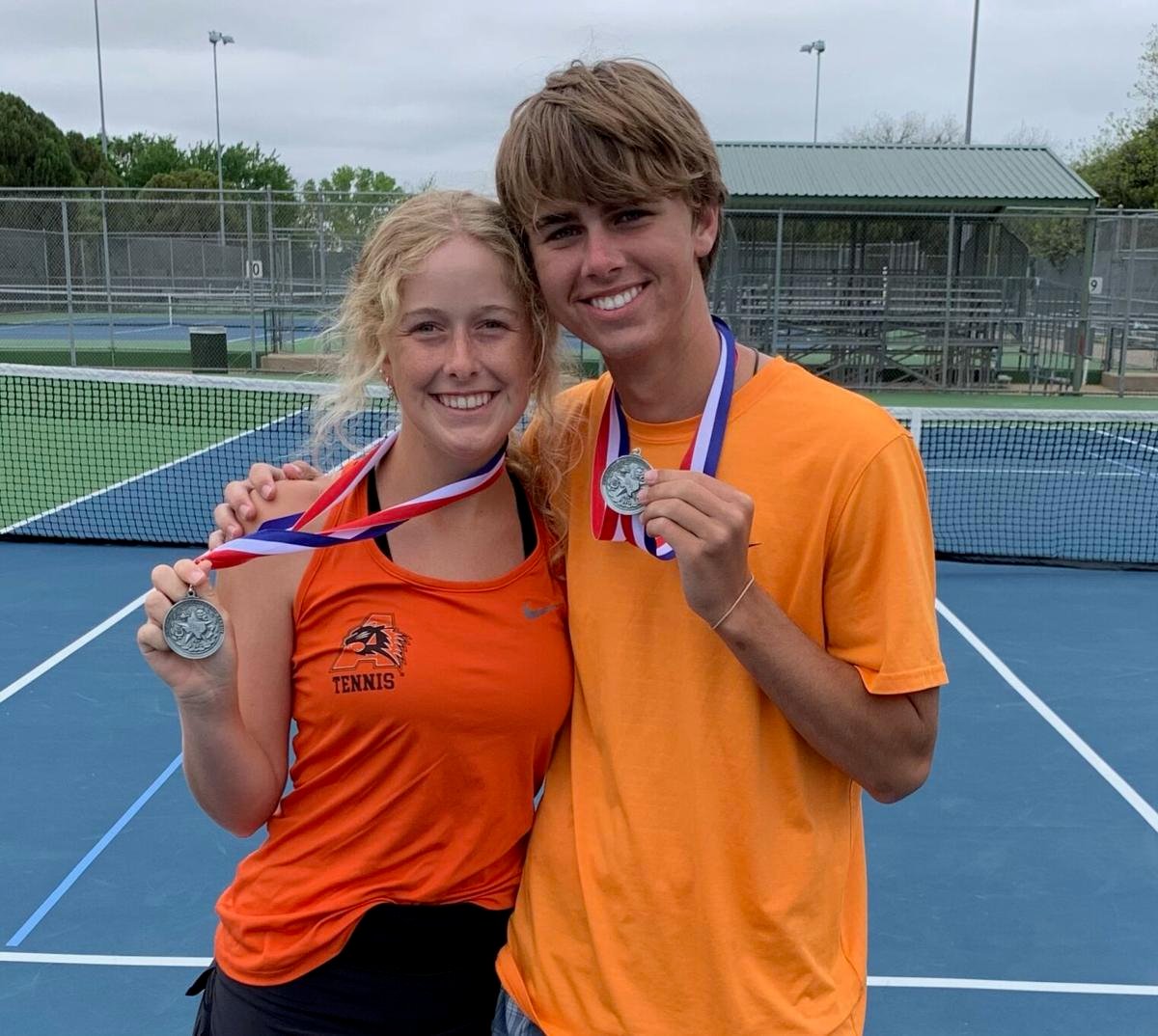 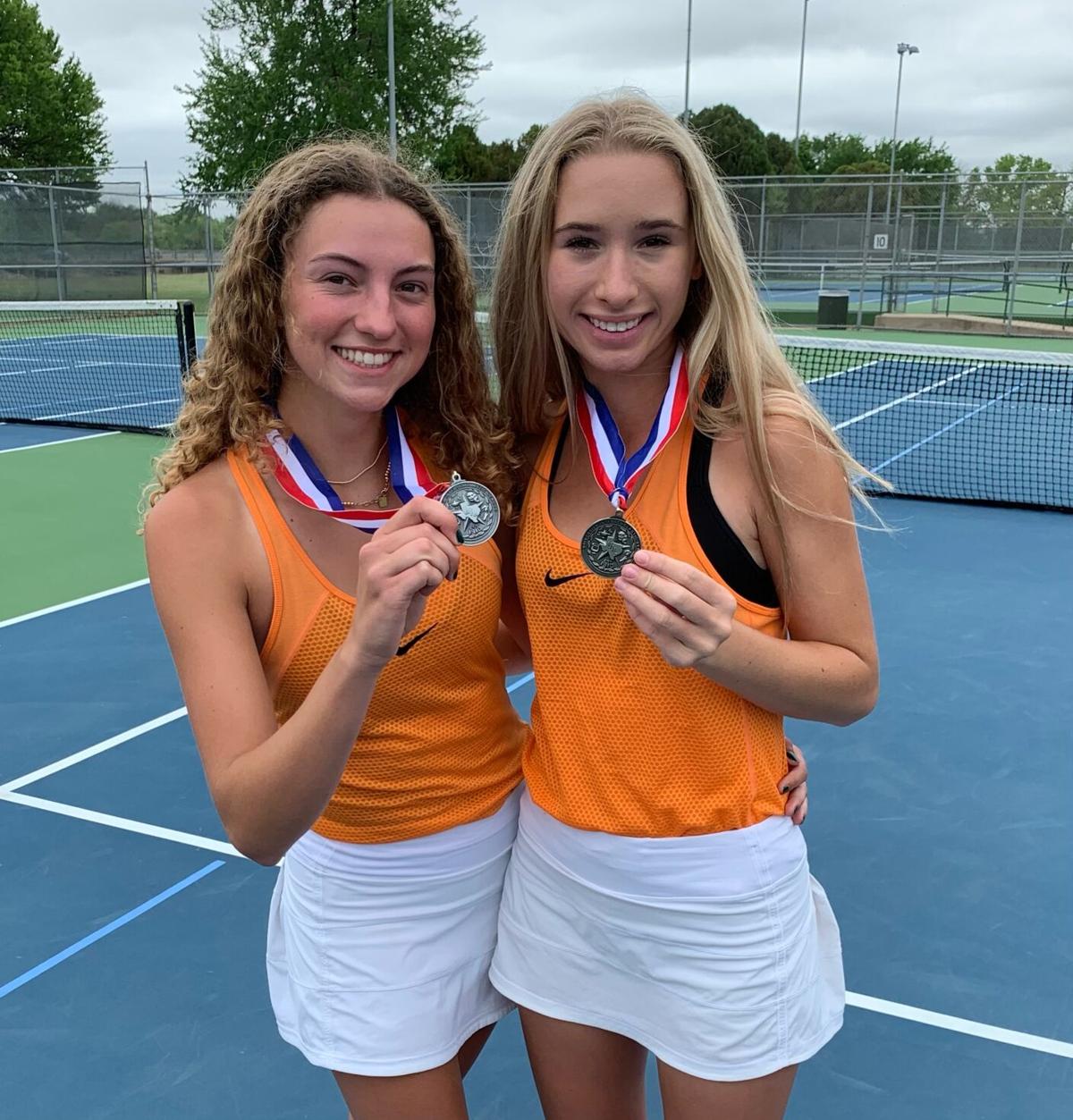 Georgia Posey and Maddie Farmer are ready for regionals. 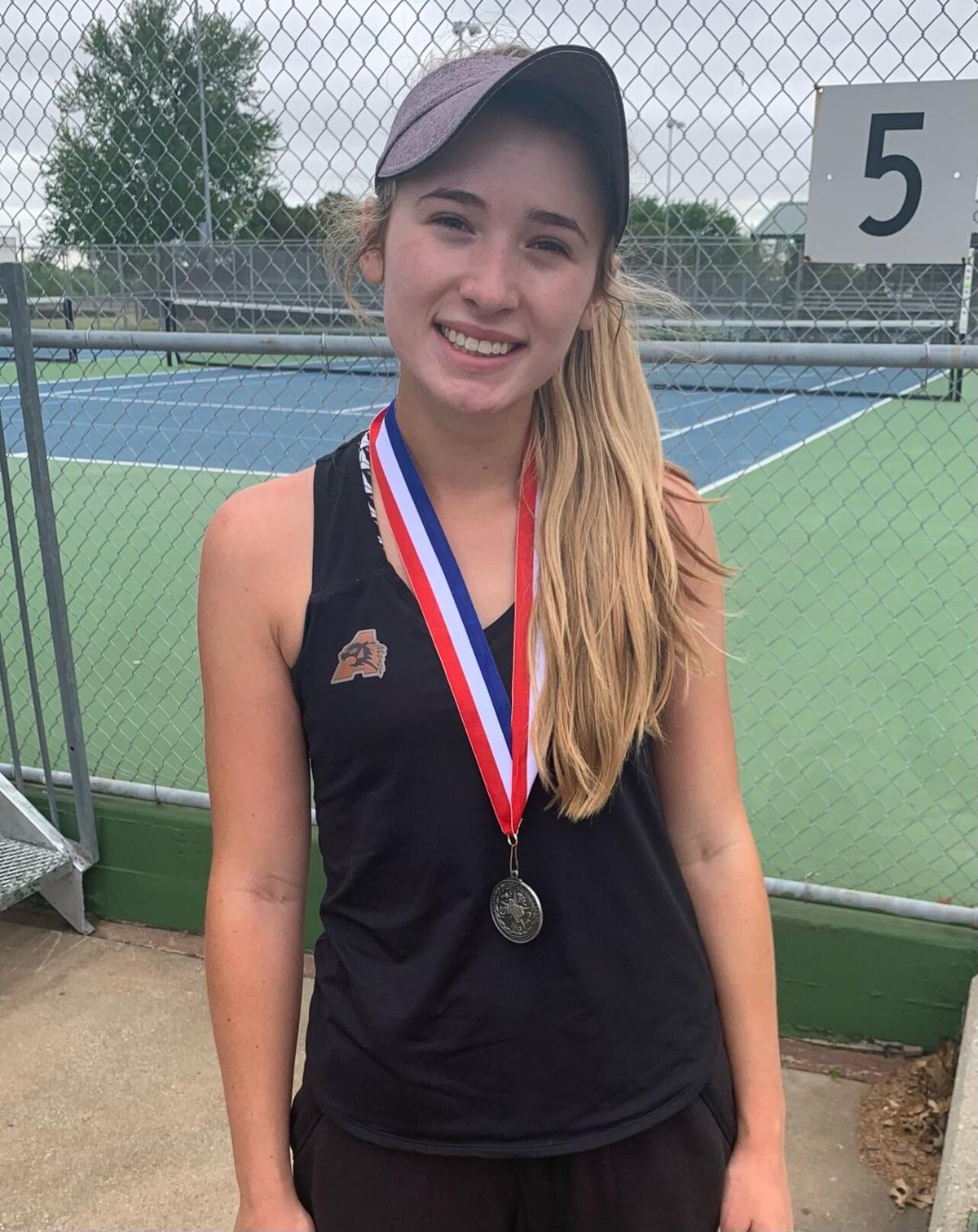 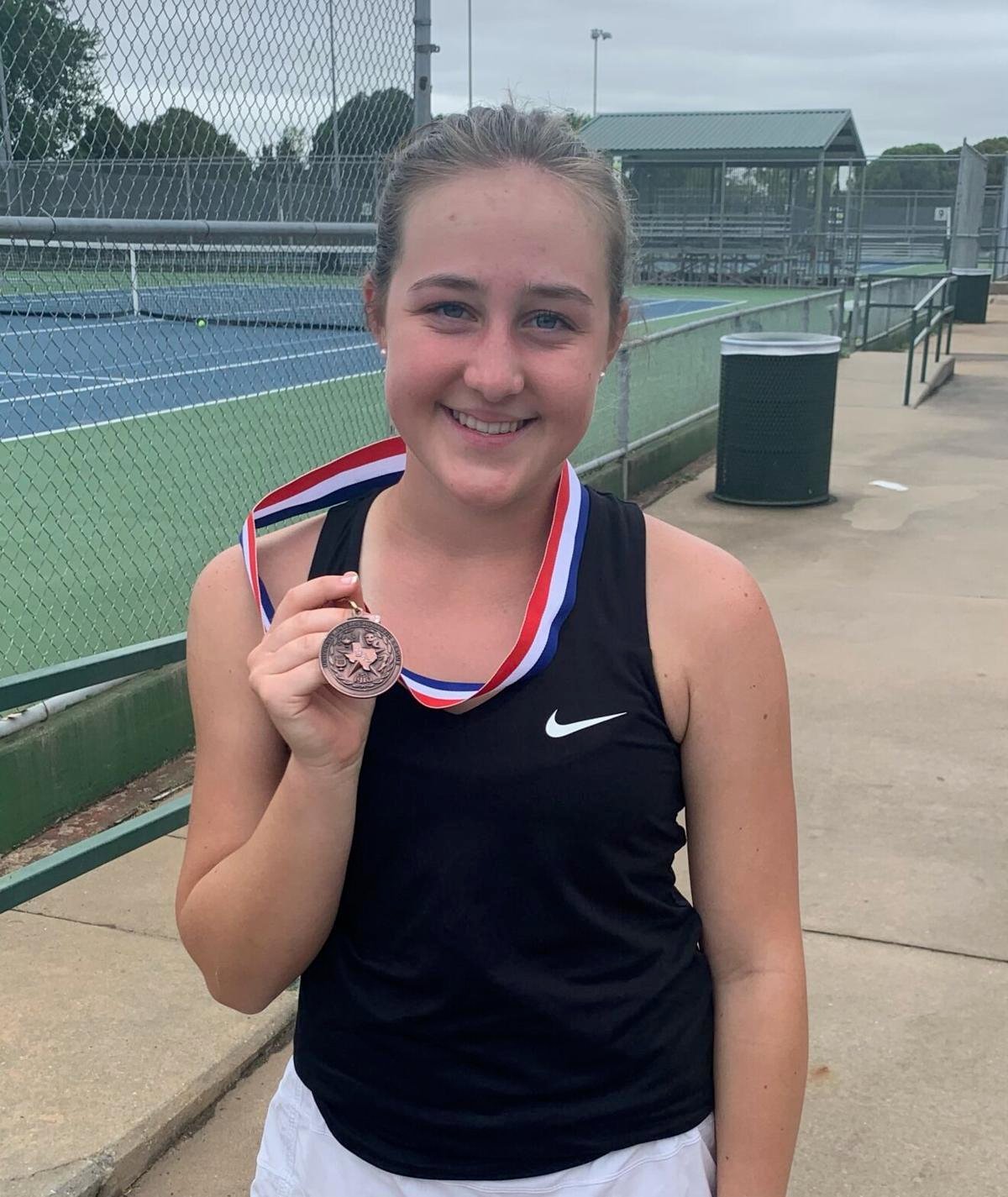 Cambell Charrier earned her way as an alternate by taking third place in girls' singles.

Seven members of the Aledo tennis squad will be swinging their racquets at the upcoming regional tournament.

To qualify, the athletes needed strong showings at the District 5-5A tournament held this week in Wichita Falls.

The boys’ doubles team of Jax Joiner and Hogan Posey were seeded No. 2 in the tournament. They beat Brewer to move to the finals, where they faced and toppled the No. 1 Wichita Falls Old High team. Joiner and Posey took the first set 7-5 and the second set in an intense tiebreaker to win the championship.

Girls’ doubles duo Maddie Farmer and Georgia Posey were seeded No. 2 and beat their first two opponents to move to the finals in a showdown with No. 1 Old High. Aledo was down a set 1-6 and made a comeback to win the second set in a tiebreaker. The third set went to Old High (4-6) and gave Farmer and Posey the second place medal and qualification for regionals.

Ian Leslie and Katie Siddons were the No. 2 seed in mixed doubles and advanced to the finals with ease before facing a bigger challenge — the No. 1 duo  from Old High that were both ranked high in the Universal Tennis Rating, the system that provides a single, unifying standard for tennis players. Leslie and Siddons finished in second place after falling to Old High.

In girls’ singles, the No. 2-seeded Cambell Charrier beat her first two opponents before falling in the finals to the No. 1 seed from Rider. Aledo’s No. 3 seeded player, Allie Farmer, earned a playback match against teammate Charrier to decide the second place position and the opportunity to advance to regionals. The teammates played a grueling match with a tiebreaker win for Farmer in the first set (7-6)8-6 and winning the second set 6-2. Farmer’s second place advanced her to regionals, while Charrier’s third place medal means she will attend regionals as the alternate.

The regionals tournament is April 26-27 in Lubbock.