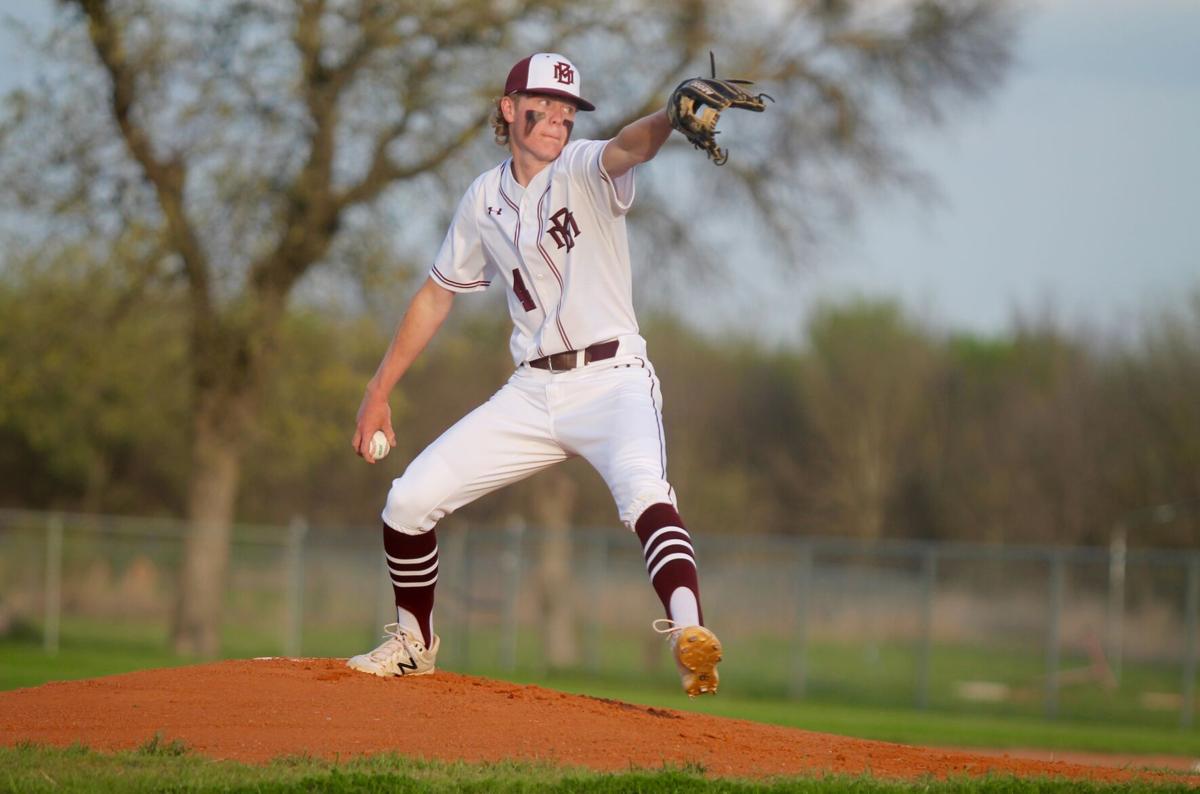 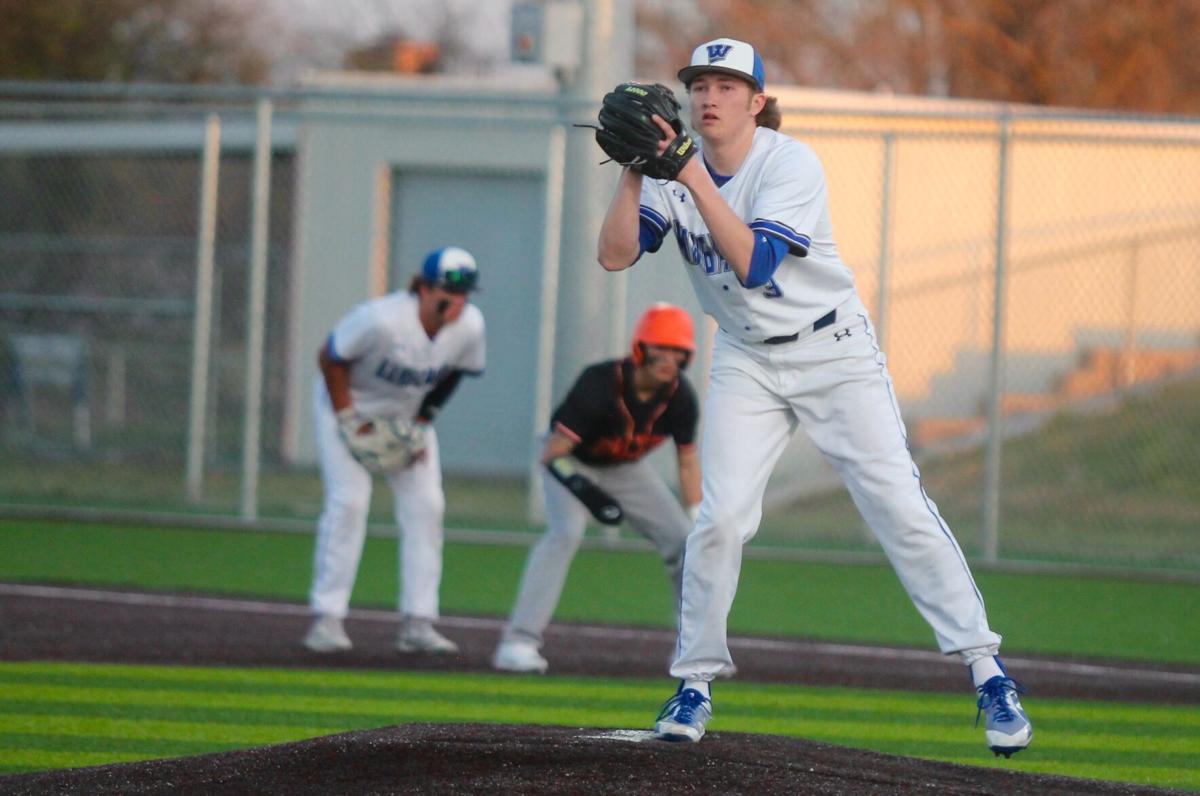 Hudson Stark threw a gem on Tuesday to power Weatherford past Paschal. 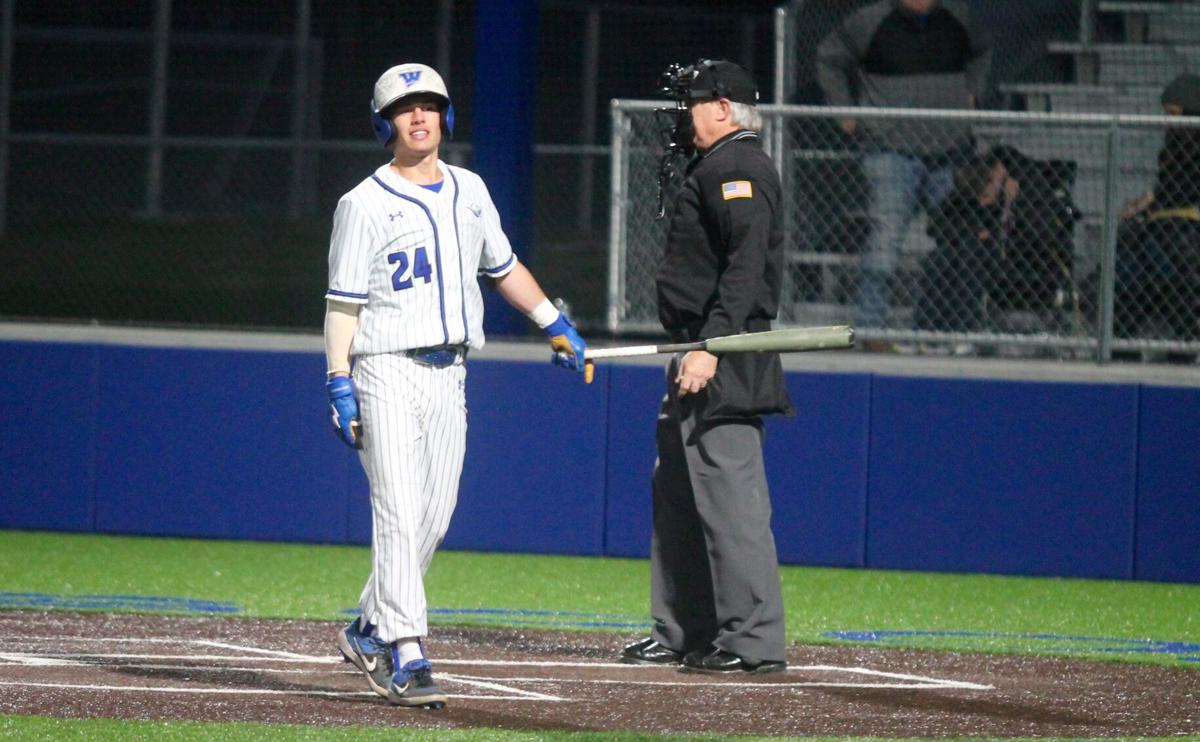 Dawson Nelson drove in three runs for Weatherford on Tuesday. 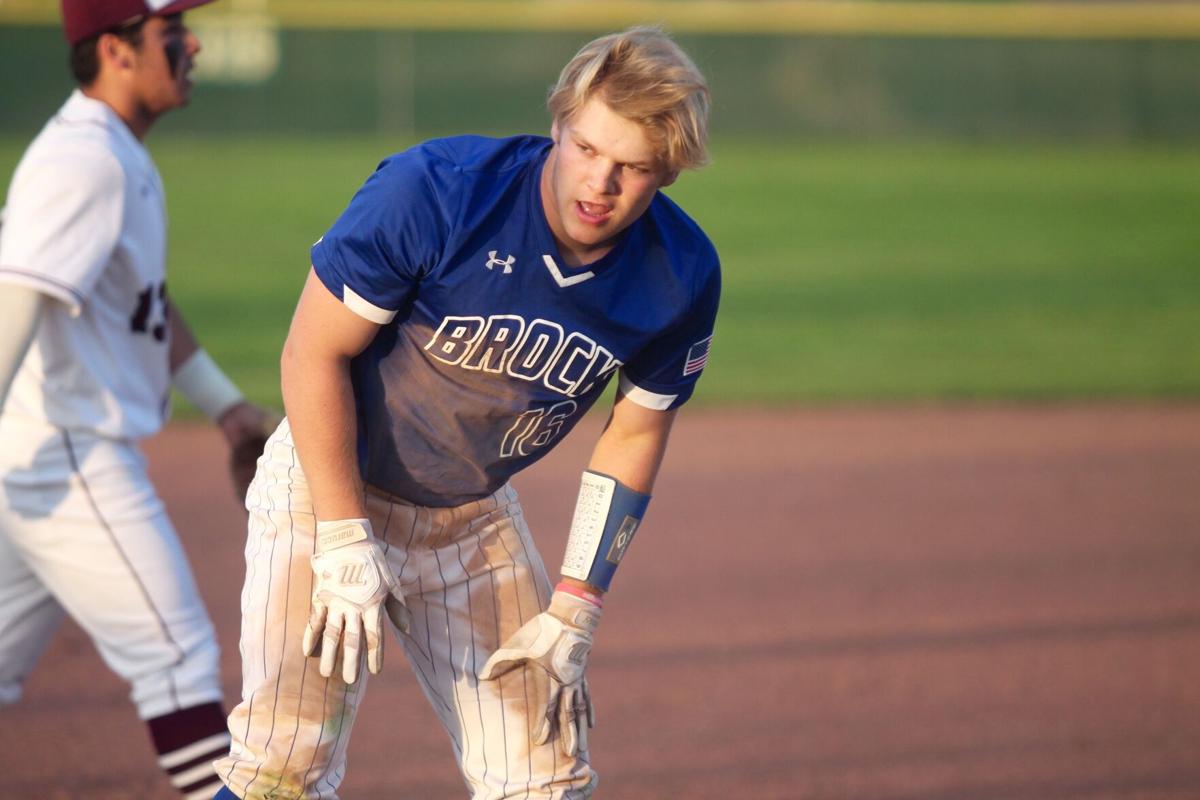 Brock's Josh Gleaton wipes himself off after sliding head first into third base against Millsap. 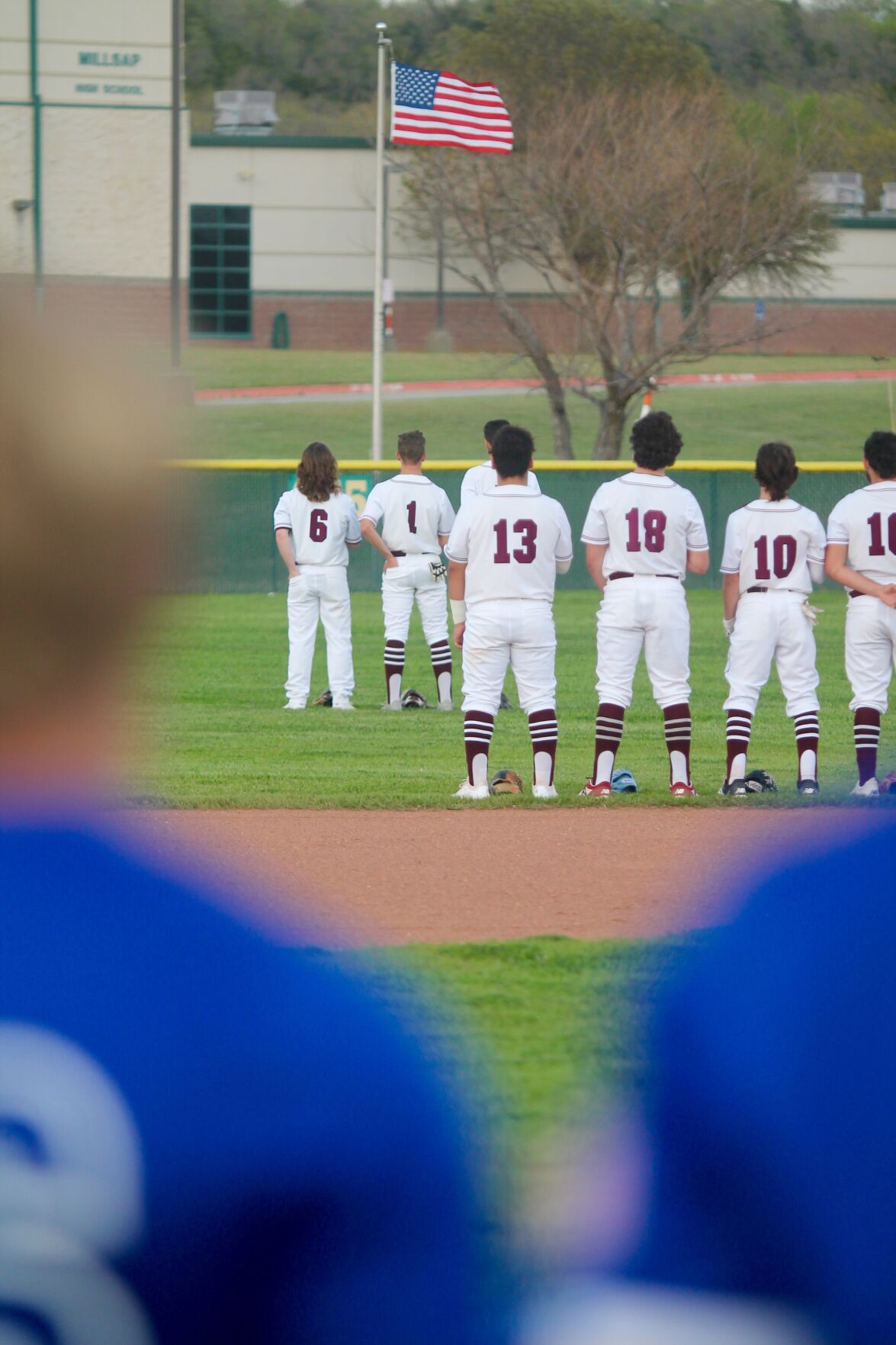 Brock and Millsap stand for the national anthem before Tuesday's game. 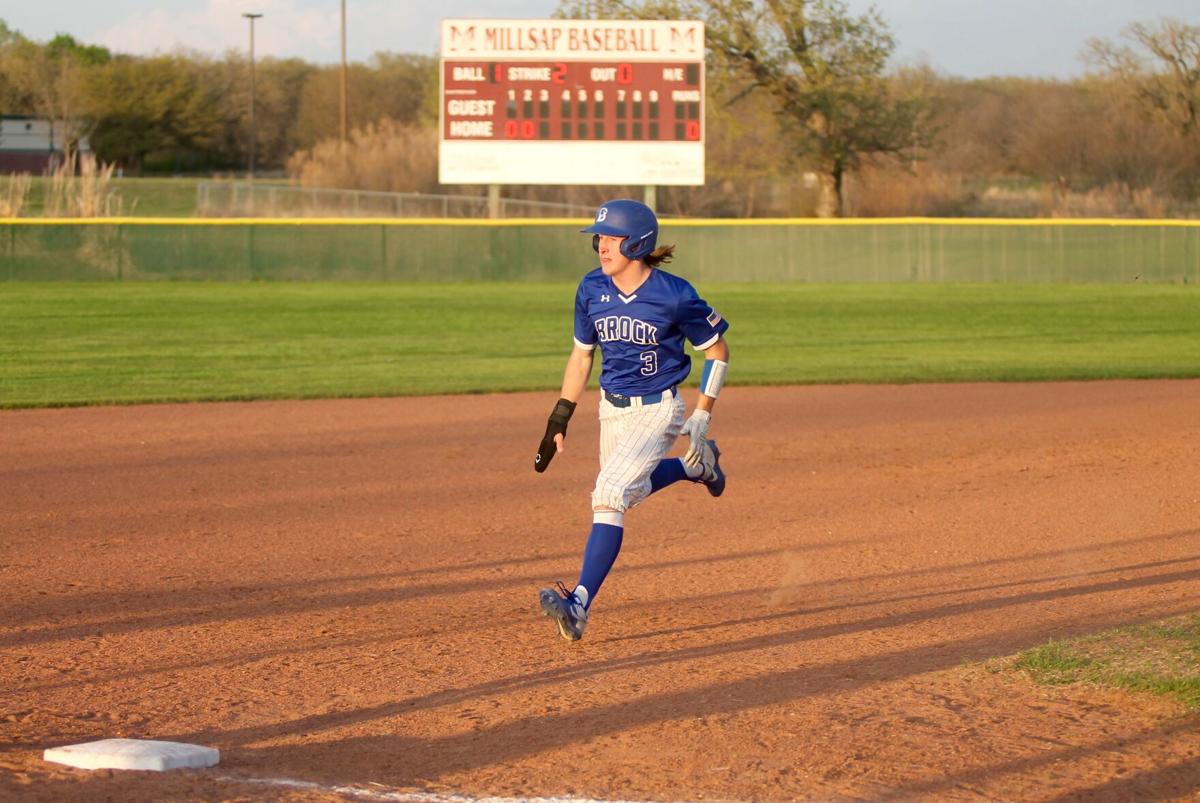 Cash Jones ran wild on the football field for Brock this season and showed similar form against Millsap on Tuesday. 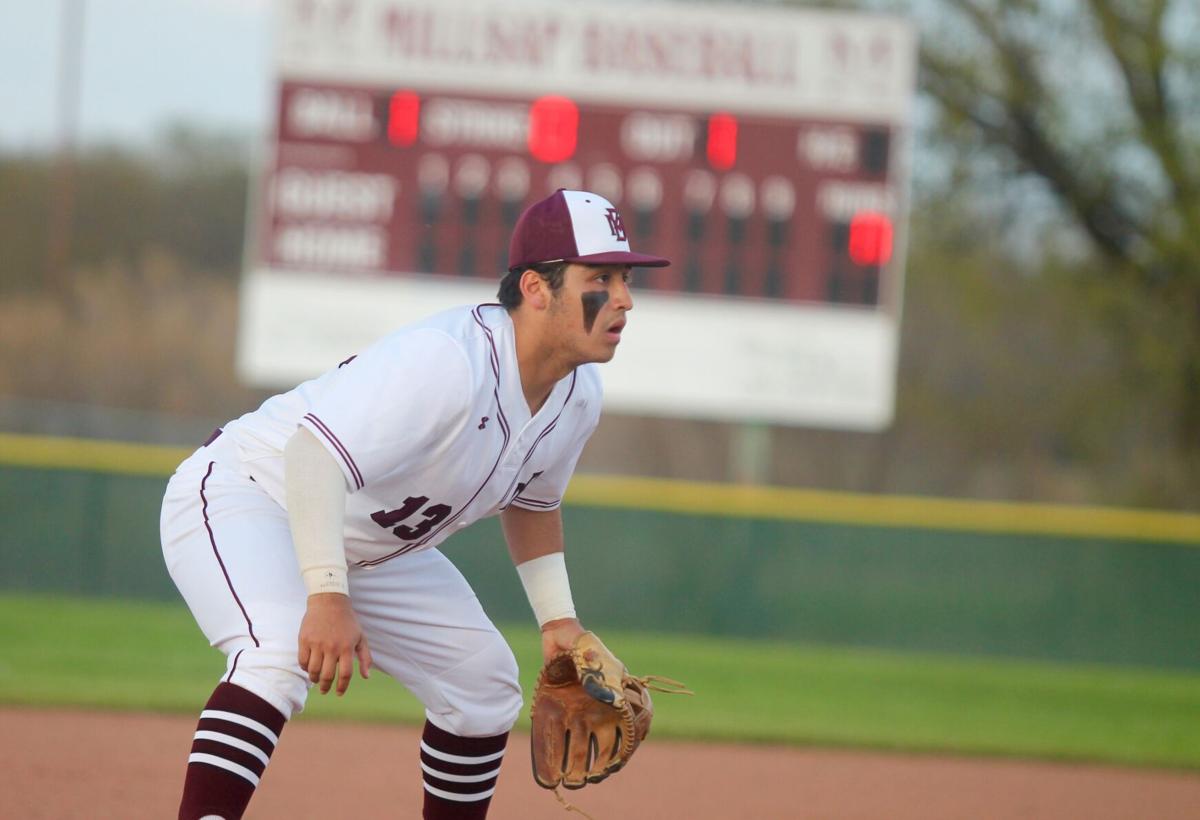 Aldo Calvillo, shown playing third base, came close to knocking a ball out of the park and tying the game against Brock. 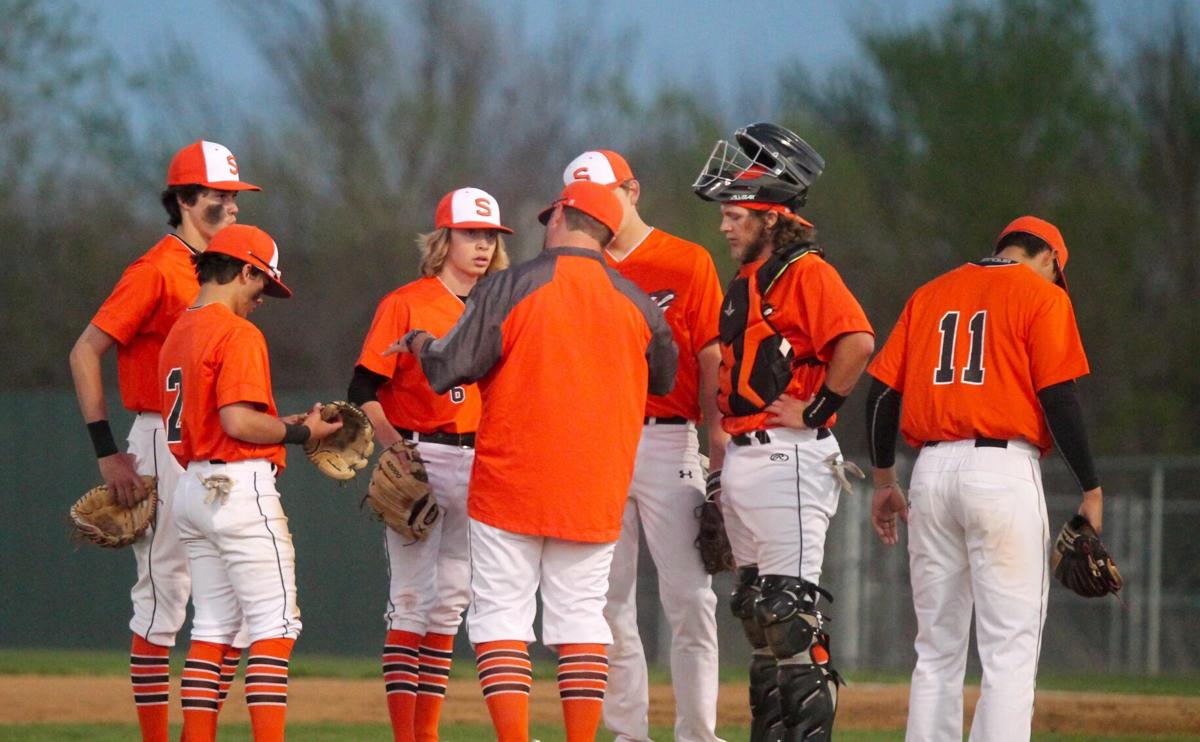 Springtown is set to play at 7:30 p.m. Thursday at home against Liberty Christian. 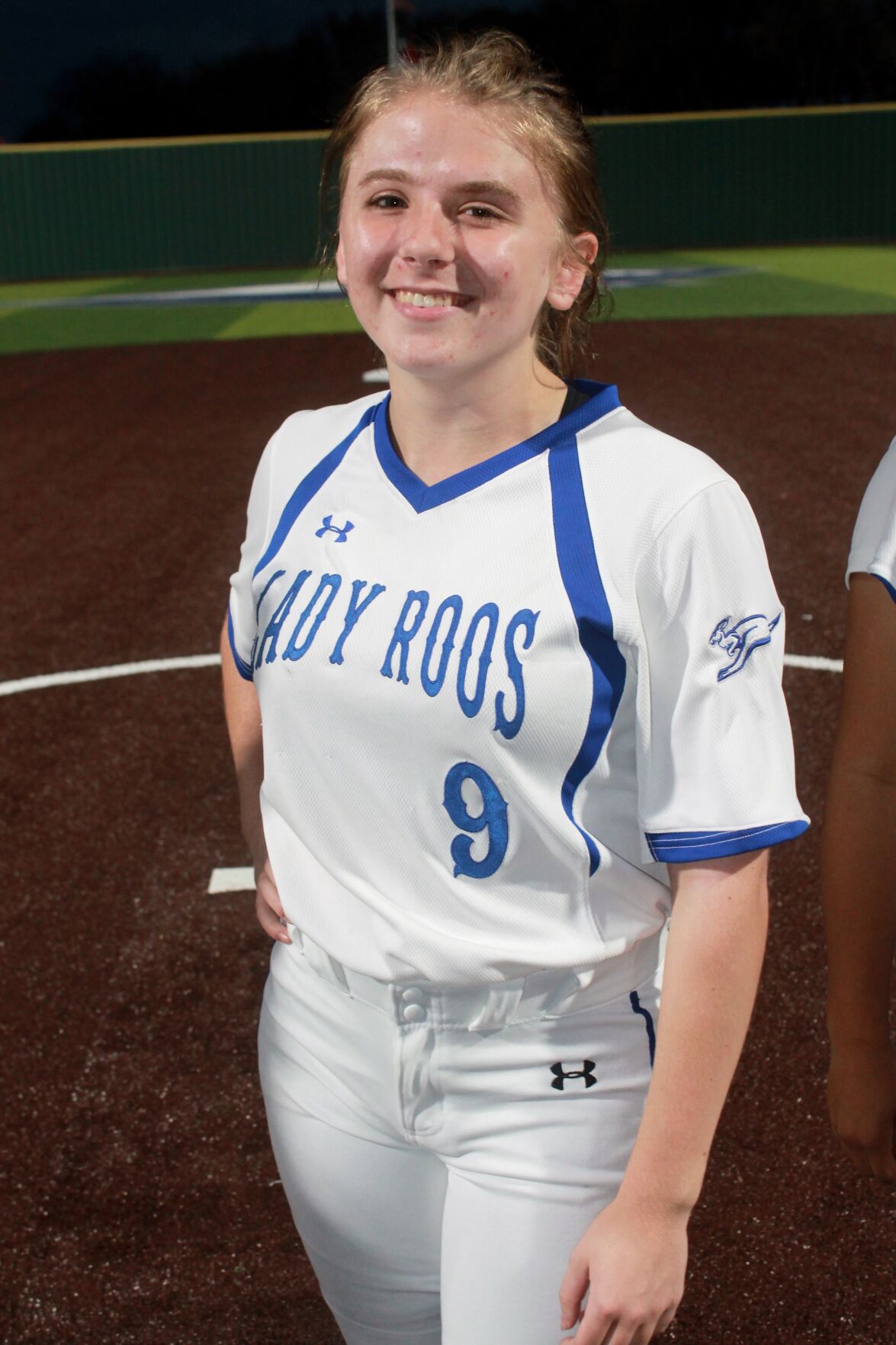 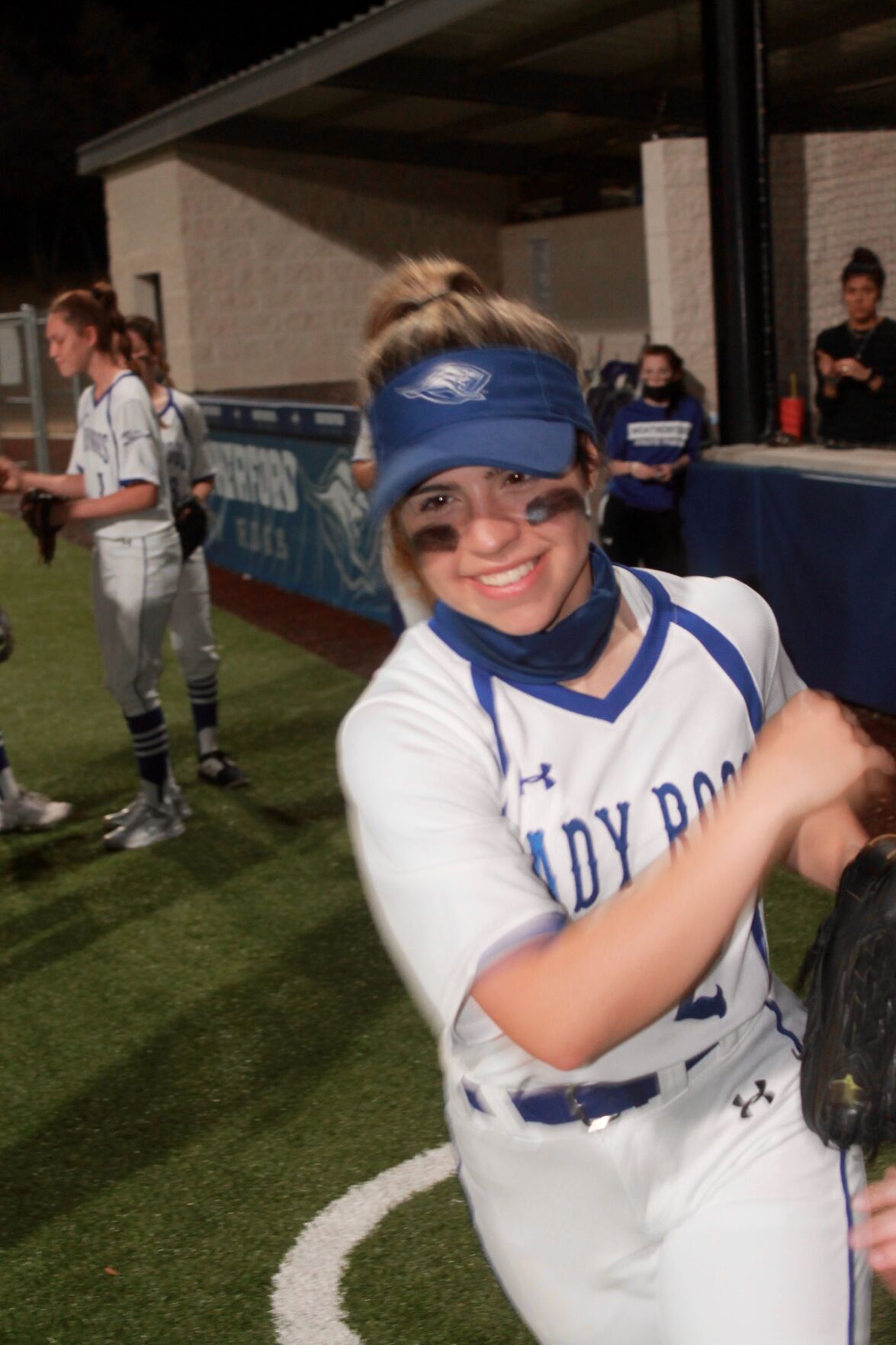 Peyton Contreras batted in a run to help the Roos win on Tuesday. 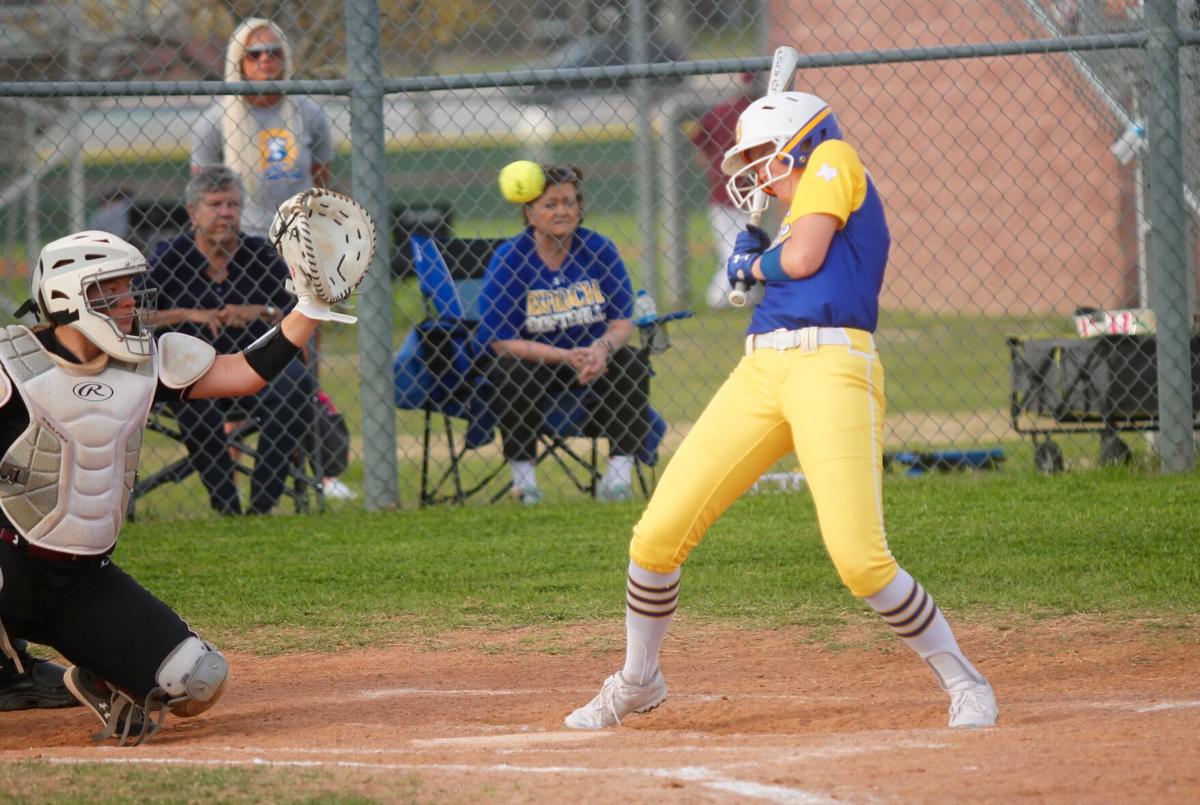 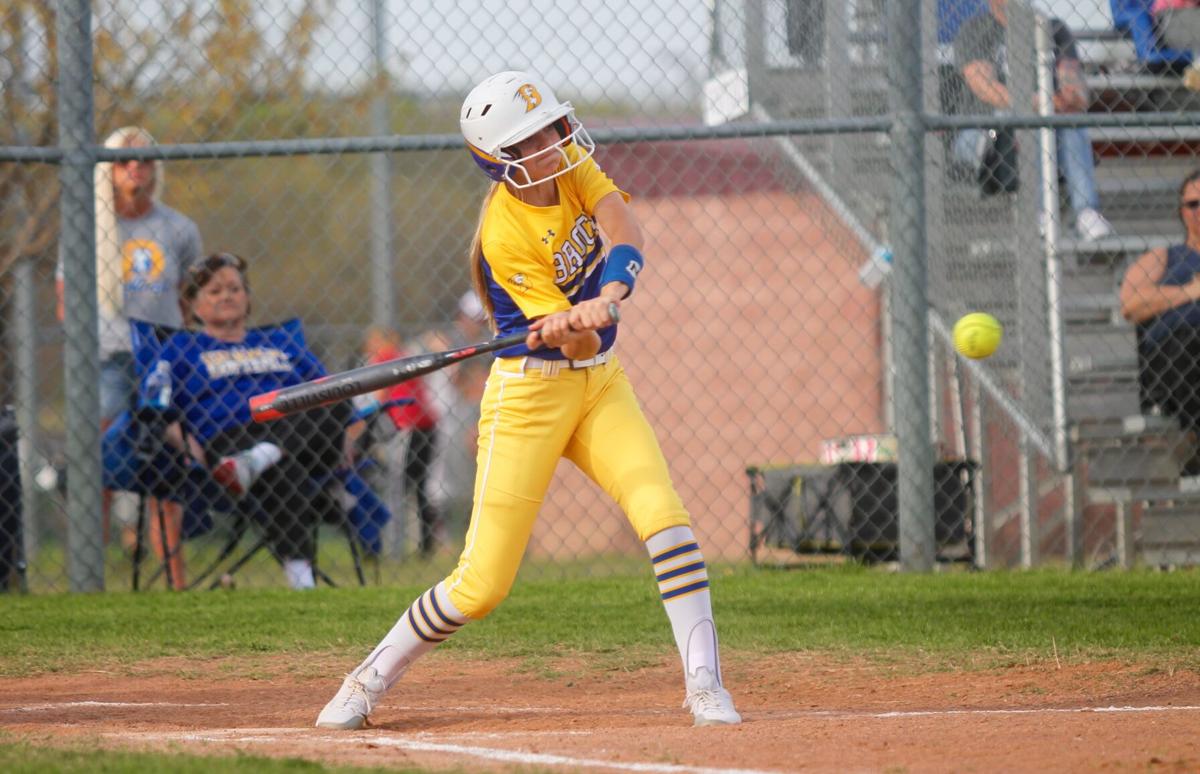 Brock's Melanie Middleton doesn't just pitch well -- she is tough at the plate, too. 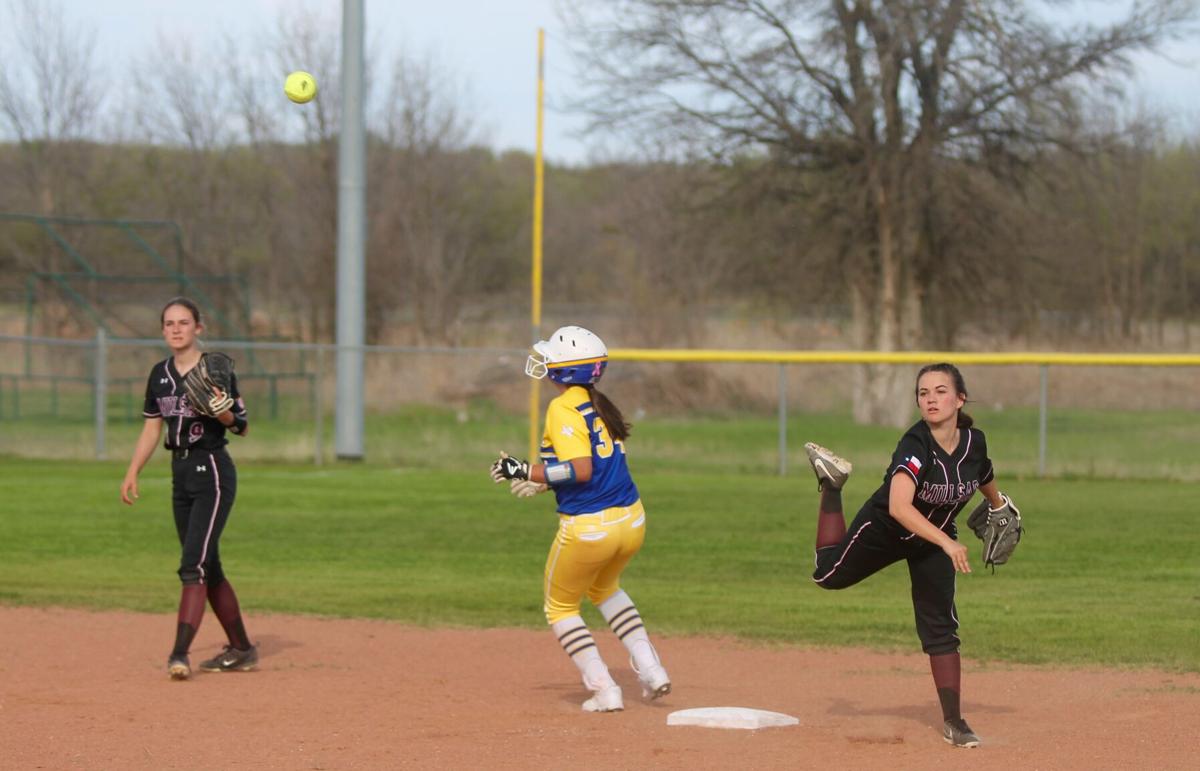 Millsap second baseman Kyleigh McBride throws to first after forcing out a runner. 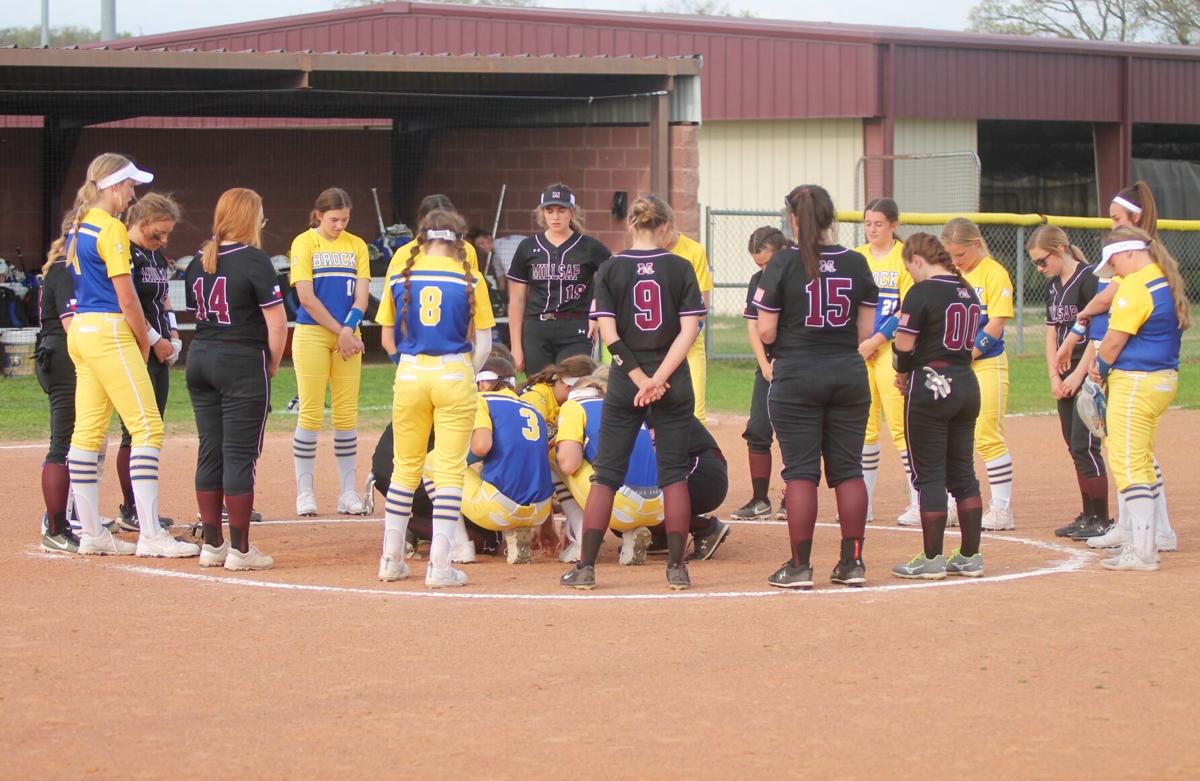 Brock and Millsap play together and then pray together. 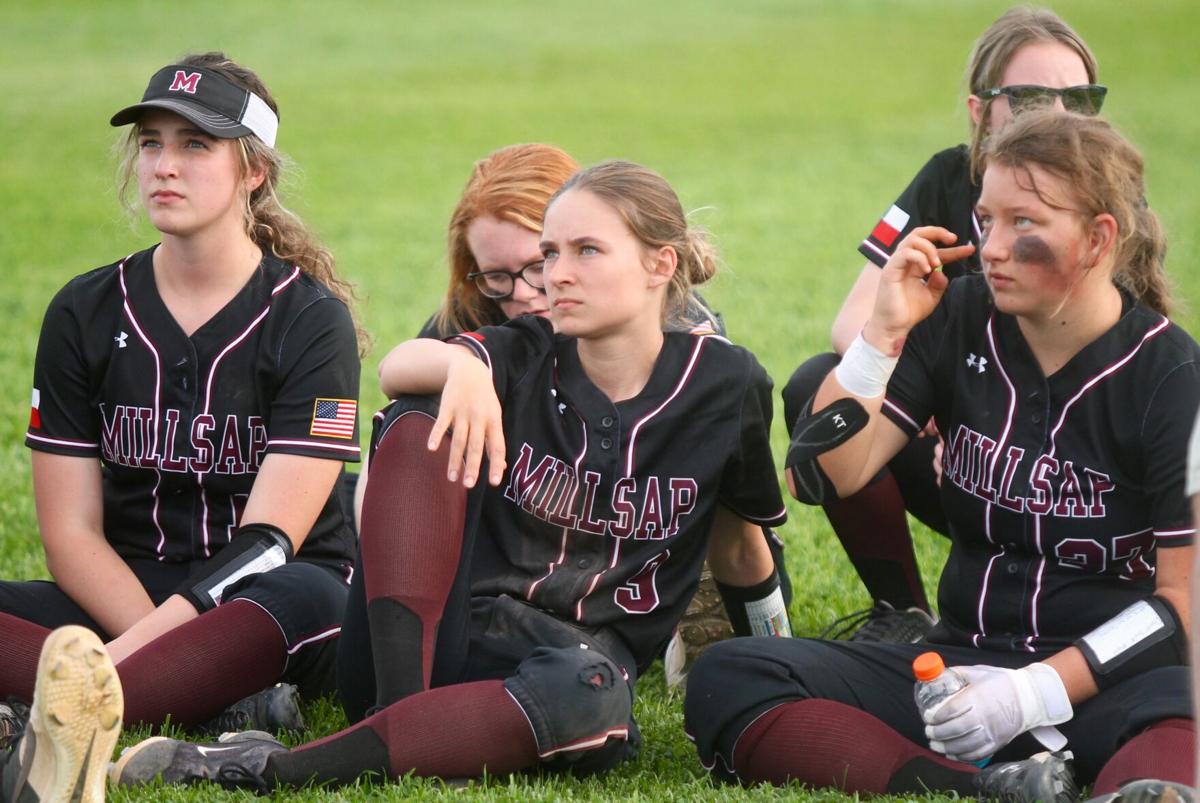 Two teams were ahead of the Kangaroos in the district standings heading into Tuesday’s games. One of those teams was Paschal, and the Roos went to the Panthers’ pavilion to do battle.

Weatherford unleashed a steady drip-drop stream of pain on the Panthers, scoring runs in every inning except the second.

Pitcher Hudson Stark threw seven innings of no-hit baseball and struck out 11 batters while his teammates provided him with ample offense — a dozen hits! — and defensive support. They capped the game with an exclamation point, scoring four runs in the final inning on doubles by Trace Holcomb and Juan Mascorro and a homer by Chase Atkins. Holcomb earned three hits and two RBIs on the day, and Dawson Nelson punched three runners across the plate. Nelson, Dayton Tockey and Jake Williams provided multiple hits.

Did we mention Stark threw a no-hitter?

Move over, Paschal, and look out Boswell — the Kangaroos are 4-1 in district, tied for first place and winners of 11 of their last 12 games as the second half of the season rolls around.

Weatherford (15-5) plays at 7 p.m. Thursday at home against Paschal (8-8-4) and is inviting all Little Leaguers to attend the game for free and join the Roos on the field for the national anthem before the contest begins, then stick around and run the bases afterward.

Heads up: Better mark your calendars for the following week because Boswell is coming, and the district leader should emerge after the dust clears.

The final score obscures the fact that this was a fun, exciting baseball game until the last couple of innings.

The game remained scoreless heading into the third inning, and a Brock coach encouraged his players in the dugout, saying, “I told y’all we’re in a dogfight — somebody’s going to have to score.”

Millsap responded immediately. Weston Moore reached base on a hit, and his teammates began peppering balls to move him around the bases to score the Bulldogs’ first run. With two men on and the tying run at the plate, big hitter Aldo Calvillo grabbed his bat. Knock one over the fence, and the game would be tied.

Calvillo powdered a ball and sent it waaaaay back to the outfield fence — but not quite far enough. Out three.

The Eagles scored another four runs in the fifth and six more in the seventh to ice the game.

For Brock, Jones collected three hits and two RBIs and showed the speed, smarts and agility that explains why the University of Georgia has signed him to play football. During a plate appearance, Jones broke down into his bunting stance, and Millsap’s infielders moved in close. Just as the pitcher was about to throw, Jones jumped into his regular stance and hit the ball over the shortstop’s head into shallow left field for a single. Afterward, he stole second base.

Poolville’s Zane Shifflett knocked a ball out of the park, Max Dickerson went three-for-four at the plate and the team collected eight hits for the day, but the Monarchs couldn’t overcome Saint Jo’s two-run first inning and six-run second inning.

Pitcher Isaiah Santibanez was solid on the mound, allowing four runs in six innings, but his teammates’ bats were quiet other than Kevin Rios’ single in the second.

Mineral Wells (5-11-1) plays at noon Friday at home against Vernon.

Having your pitcher throw a no-hitter makes it much easier to win a game, and Ben Bullock delivered for the Jackrabbits on Tuesday. Bullock tossed eight strikeouts and gave up no hits or runs in five innings. Coy Ishmael logged four RBIs

Springtown (14-6) plays at 7:30 p.m. Thursday at home against Liberty Christian.

The Lady Roos banged six runs to start the game, and the Buffalos couldn’t recover. Lauren Belles pitched another complete game for the win, mowing down a dozen batters while giving up three hits. She has won every district game for the Roos this season and is deserving of a coveted Roundup nickname.

“We gave away some at-bats,” he said. “We struggled with waiting on the ball and letting it get deep in the zone and squaring it up. We had talked about that coming into this game. You talk about it and work on it, but kids still get up there and get anxious.”

Those anxious plate appearance meant the mighty Eagles offense scored just one run in the first inning. Don’t become too concerned. They rebounded in the second inning with six runs and added 11 more in the fourth before the run-rule ended the game.

“We finally let the ball get to us and put together some better at bats,” Starnes said.

Melanie Middleton was dependable as usual on the mound, giving up no runs or walks, allowing one hit and striking out nine.

Millsap struggled at the plate, although Rebecca Burney reached base on a hit.

The win puts the Eagles at 7-0 in district competition.

“That’s big, but you don’t make the playoffs based on the first half” of the season, he said. “We’ve got a whole second half to play and there are a lot of teams still in the mix. We’ve got to make sure we’re ready to go against Dublin on Friday.”

The loss drops the Bulldogs to 0-8 in district play.

Millsap Head Coach Gerri Lawyer spent a long time talking to her team after the loss. The girls sat in the grass in right field and discussed how to improve for the second half of the schedule. Lawyer pointed out the positives that had occurred during the game, such as limiting Brock to one run in the first and none in the third. Pitcher Kaydence Best struck out a couple of batters. Several batters reached base on hits.

Lawyer reminded them that Brock was the top of the food chain in their district.

“We played them to the best of our ability,” she said afterward. “We just have to be tougher with them next time.”

Millsap is a young team with just two seniors, five juniors and a bunch of sophomores and freshmen. Lawyer knows better days lie ahead.

“They are fighters with great attitudes,” she said. “The girls are positive and ready to roll. ”

Graford (8-4) plays a double-header at 5 p.m. Tuesday, April 6, at home against Windthorst.

Perrin-Whitt plays at 11 a.m. Friday at home against Chico.