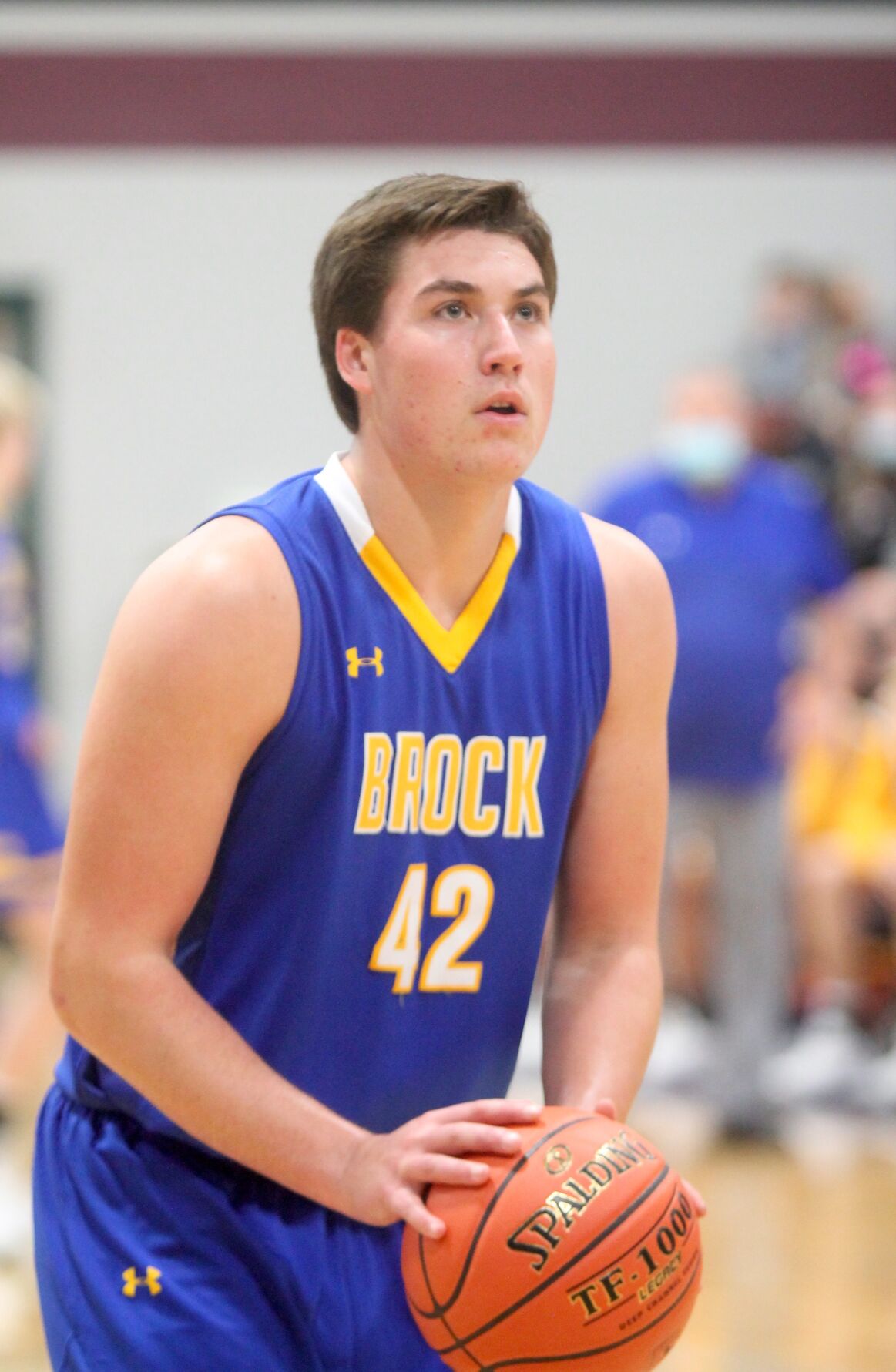 Brock's big guy -- Nathan Jones -- powered them to a win on Friday. 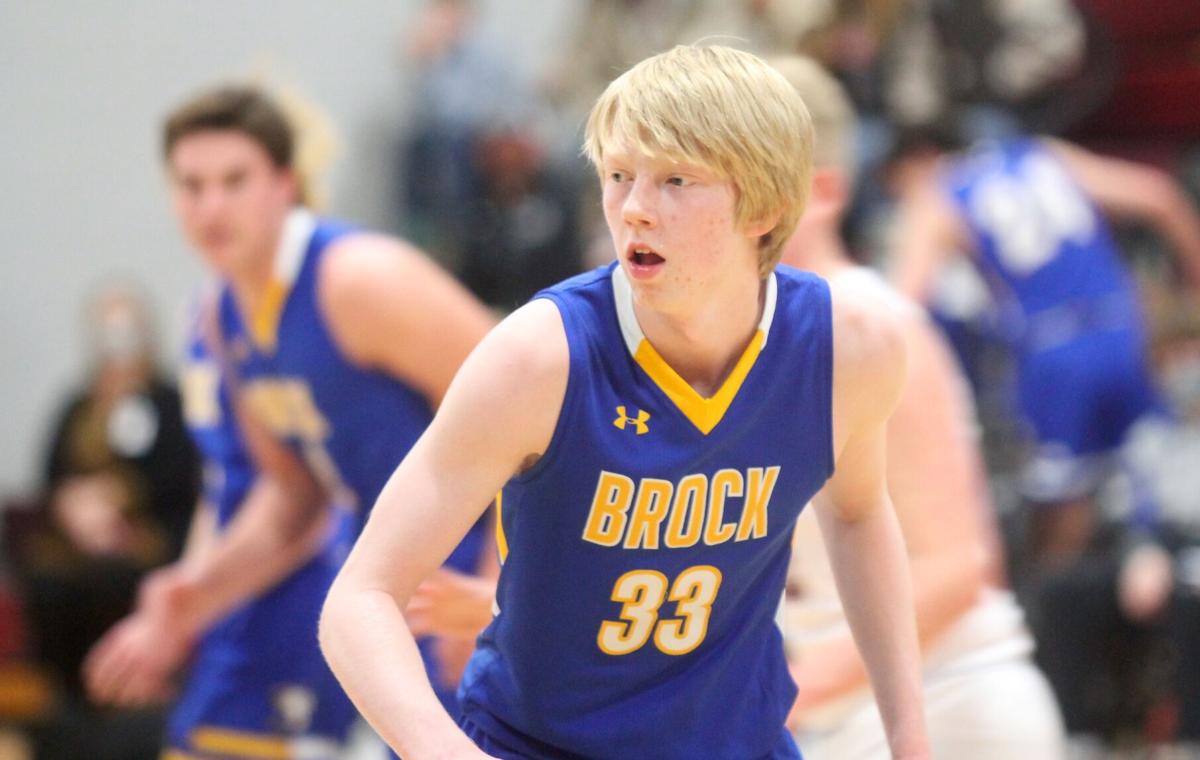 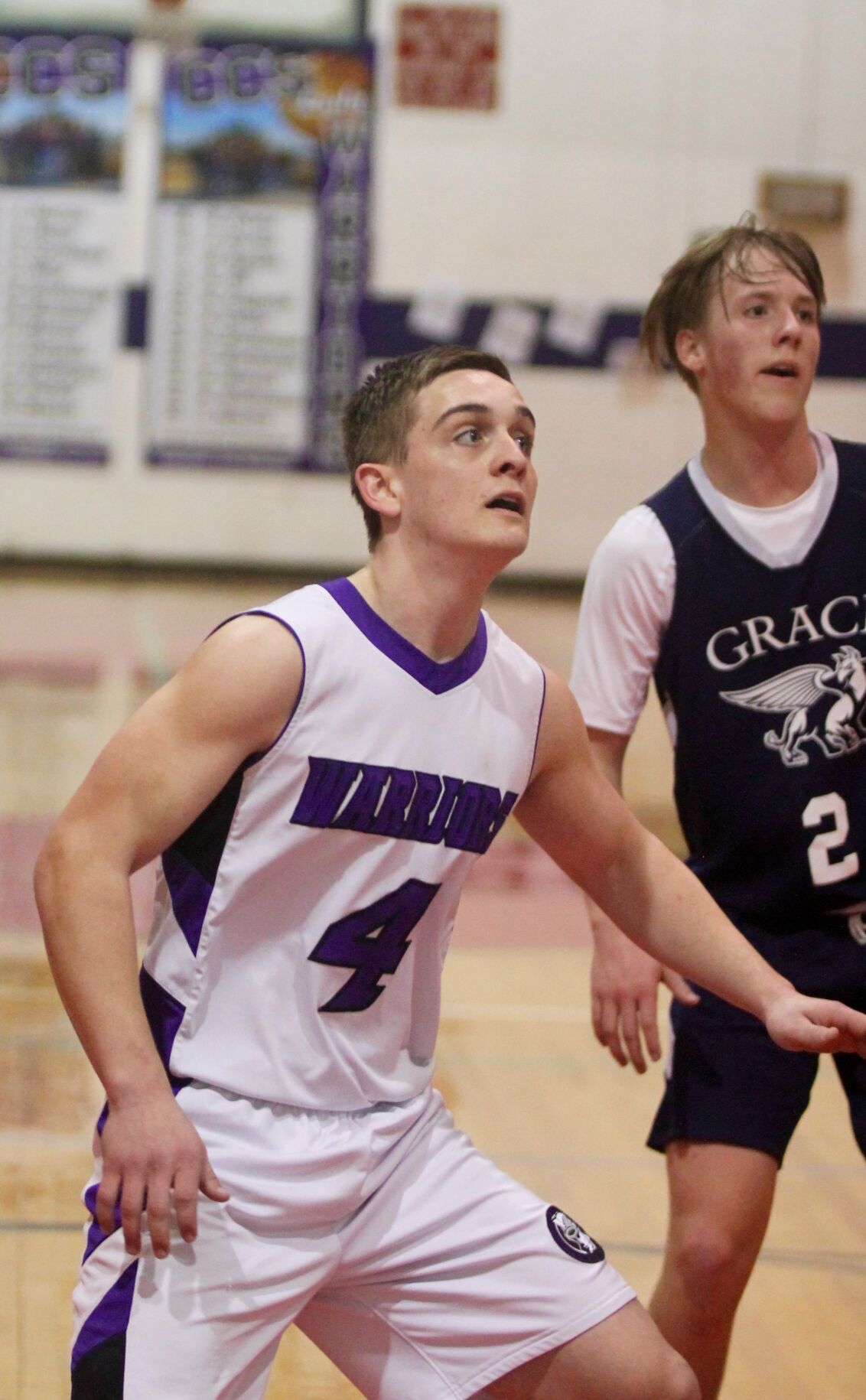 Christian Crawford was a standout player for Community Christian on Friday. 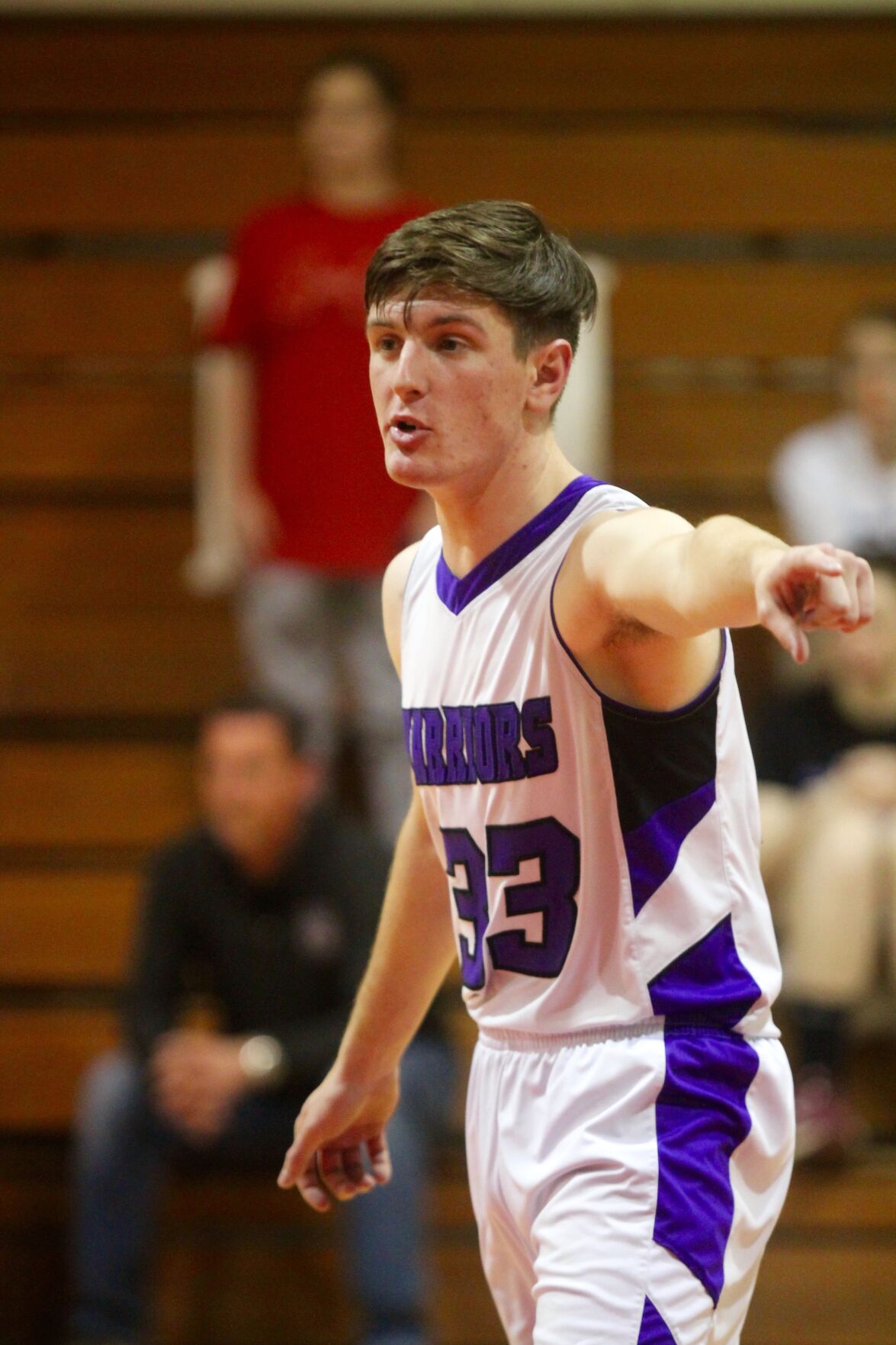 Riggin Parker and the Community Christian Warriors are two wins away from a state title. 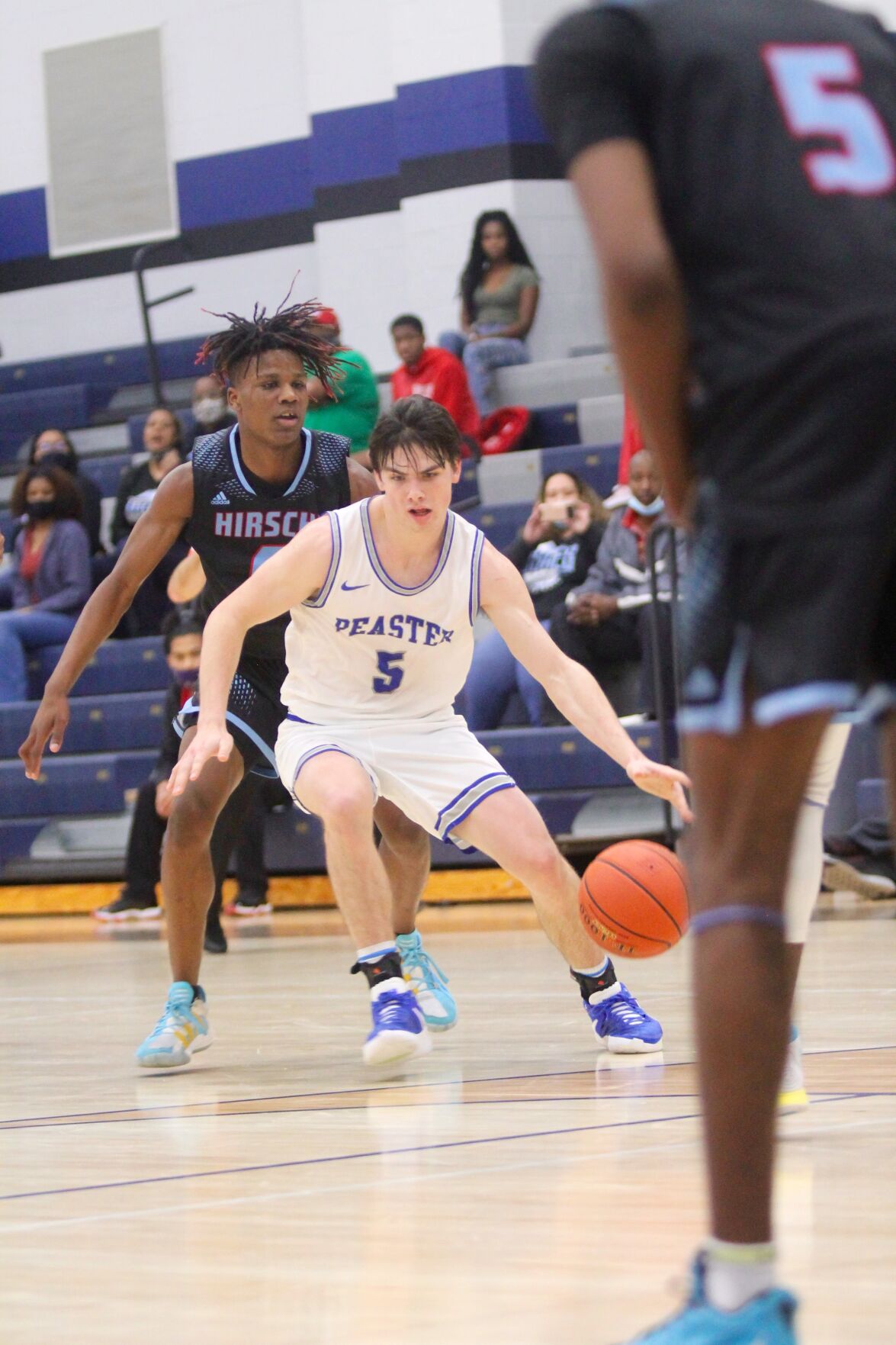 Steele Pennington excels on the basketball court for Peaster and has a cool name to boot. 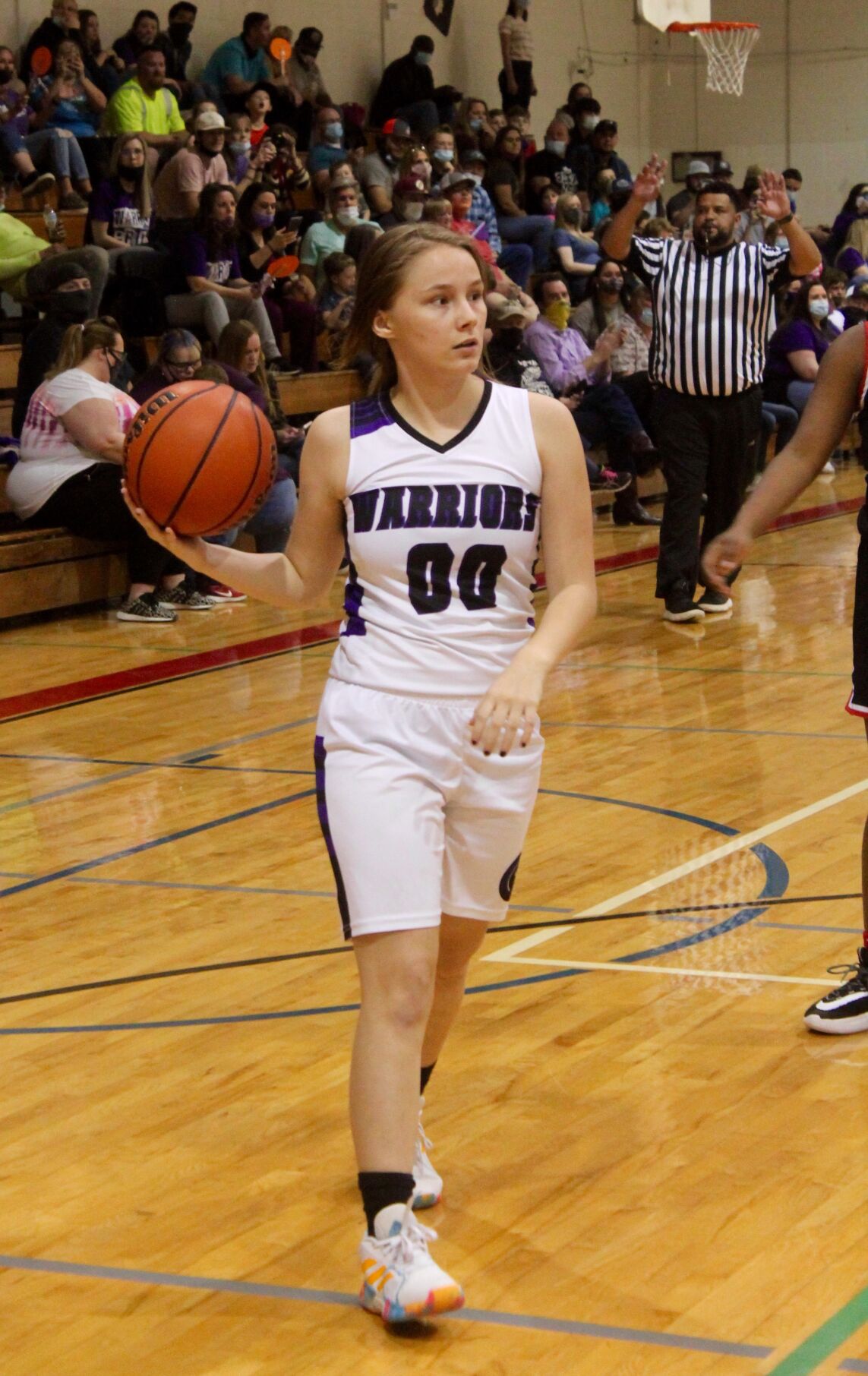 Halee Petrie and the Community Christian Lady Warriors have their hearts set on a state title. 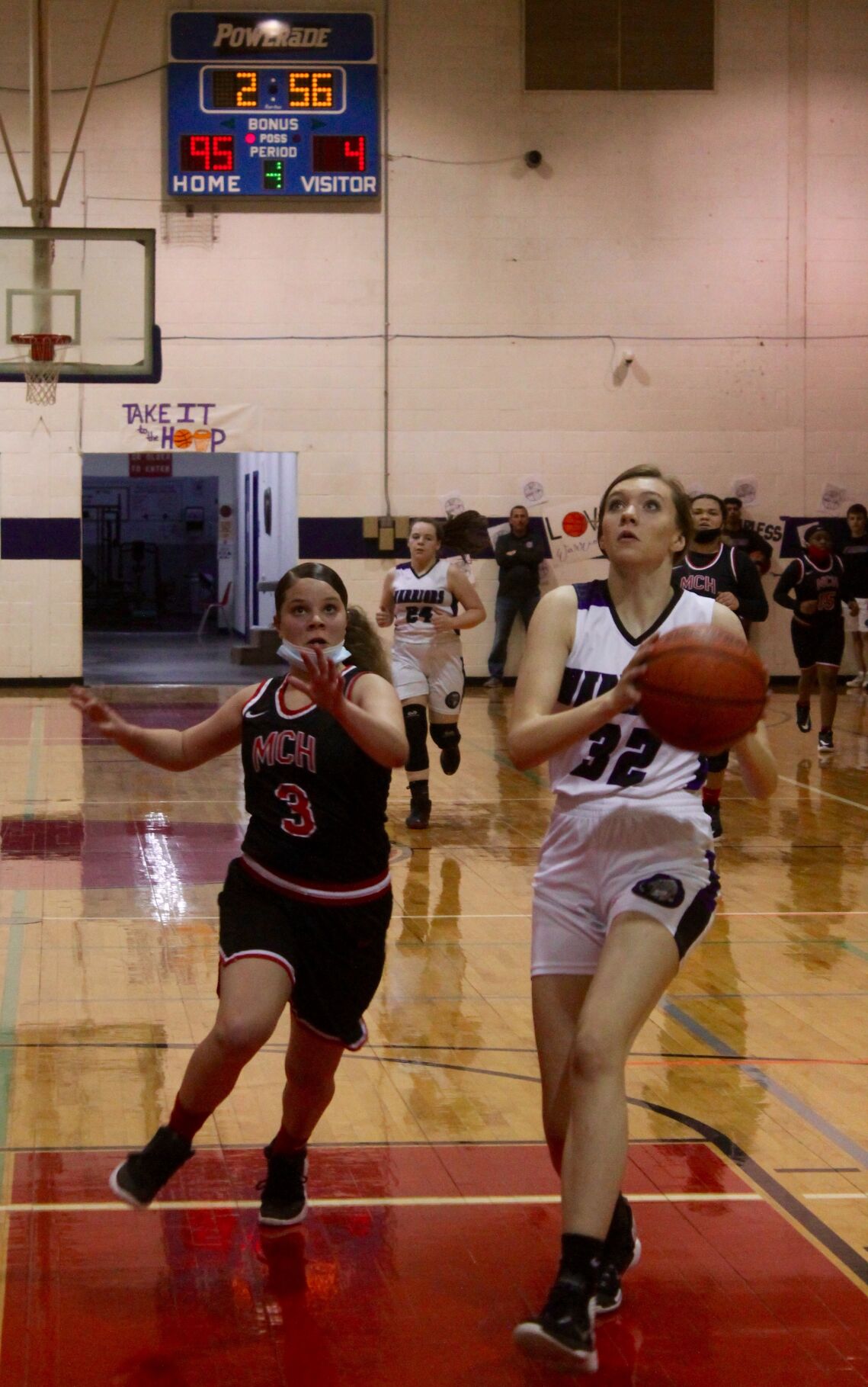 Kylie Maness found the scoreboard for the Lady Warriors. 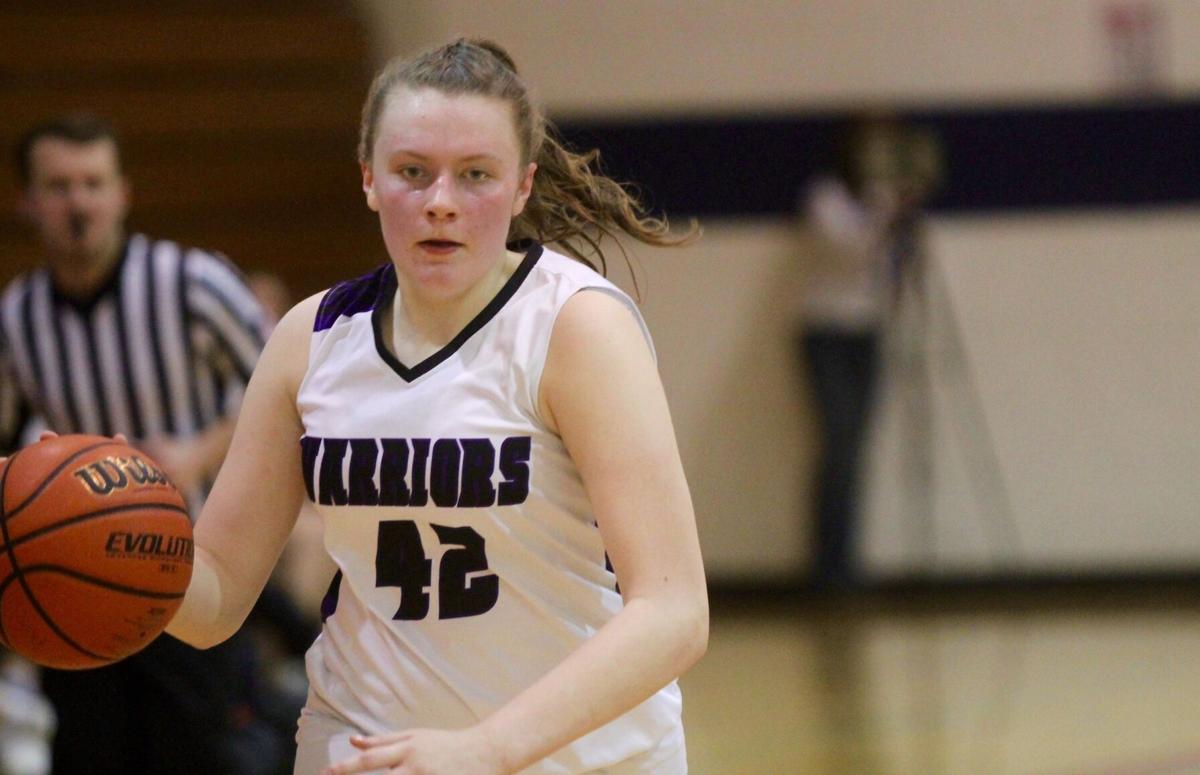 Kate Buchanan is one of three sisters playing basketball at Community Christian under a head coach who also happens to be their mother. 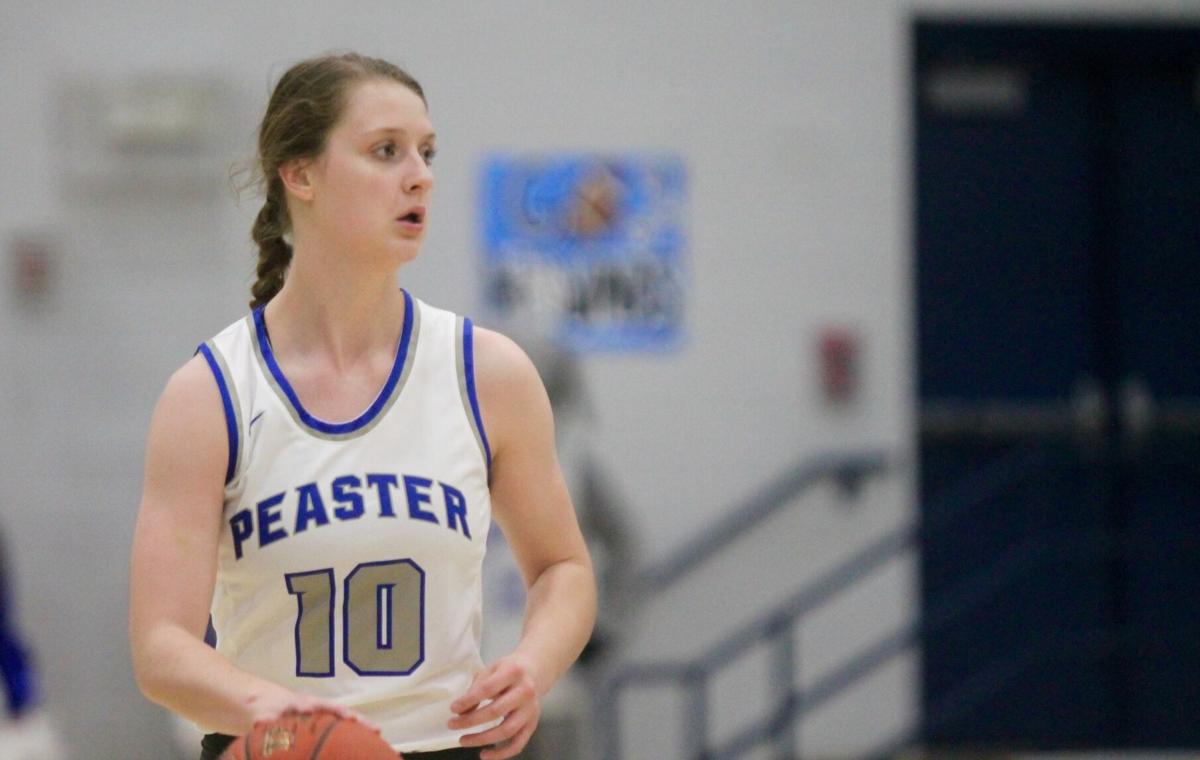 Brooklyn Bosher and the Peaster Lady Greys keep rolling through the playoffs.

The Eagles appeared loose and ready during pregame warmups prior to Friday night's game, sporting their bright yellow pullovers and blue trunks as they practiced shooting hoops. At game time, the boys wore Eagles blue top to bottom while the City View Mustangs from Wichita Falls sported white.

Brock was considered the visitor at the neutral site, Graham High School, although Eagles fans won the noise battle.

After the opening tipoff, Eagles guard Quinn Moudy sliced a quick toss to Nathan Jones near the basket, and the biggest guy on Brock’s roster put the pill in the bucket and the Eagles on the scoreboard first. Moudy would be involved in much of the action from that point forward, stealing balls, making sharp passes and sinking baskets at crucial times.

In general, though, the Eagles started slowly, missing more passes and shots than typical before finding a groove near the end of the first quarter and taking the lead 17-13.

The Mustangs didn’t make it to the quarterfinals without talent, and they played like their season depended on it, which it did. It’s win or go home at the state tournament.

City View came close to tying the game, but Jones rebounded and shot his team out of trouble again, securing a 37-27 lead at halftime.

The second half began like the first, with Jones taking a pass and making a short basket. The big center has taken over games in the past and was threatening to do so again, although the Mustangs had a couple of big guys of their own trying with limited success to slow him down. Every time the Mustangs began to chip away at the Eagles’ lead, Jones would sink another short basket or Lewis or Moudy would hit a long ball to keep the ponies at bay.

The game came dangerously close to becoming a high-scoring affair for two teams so laser-focused on defense. The Eagles kept feeding Jones, and he made most of his high-percentage shots while running from basket to basket, up and down the long court, all night without a break.

Before the basketball season, Jones spent months in gritty battle as the starting tight end on the Eagles football team that went three deep into the playoffs. His last football game was Nov. 27, 2020, and he joined the basketball team immediately, as the season had begun already. The guy has been at war in the trenches for months on end amid a pandemic but shown no signs of cracking.

The Eagles kept their 10-point lead through much of the third quarter that ended at 50-40. Eight minutes of basketball remained.

The Eagles began the quarter with Jones making a defensive rebound, running to the opposite end of the court, catching a pass and sinking a short bucket and running back to the other basket. The fatigue began to show — a ref called a foul on him, and defenders blocked a couple of his shots. Coach Zach Boxell called a full timeout, and the minute of rest re-invigorated Jones somewhat with five minutes remaining in the game. Still, he was bent over with his hands on his knees a couple of times while dripping sweat.

City View climbed within seven points midway through the third, but Calzacorta sank two free throws, Jones made a defensive rebound and the Eagles drew a technical foul. Quickly, they were back up by 11 points with less than three minutes on the clock.

Few teams can erase a double-digit deficit against the Eagles in that amount of time. The Mustangs aren’t among them.

Brock (27-3) heads to the regional semifinals next, taking on Abernathy (12-5) at 6 p.m. Monday at Abilene Wylie High School.

The Warriors of Mineral Wells grabbed a 19-10 lead in the first quarter of this warmup game for next week’s playoff semifinal. Heritage cut the lead down to one point by halftime, but the Warriors regrouped and finished strong.

Joshua Guzman scored 26 points to lead the Warriors, and Jackson Horton was close behind with 21. The night, however, belonged to Christian Crawford, who tallied 16 points in remarkable fashion, making all four of his three-point attempts and sinking four of five free throws. Crawford and Haden Scarbrough led the team with eight rebounds apiece.

Community Christian (23-7) plays Harvest Christian (13-4) on Tuesday. Time and location are being determined. Watch for a Basketball Roundup update on Monday for more details.

The Greyhounds won their quarterfinals match against Dublin as they continue in the tournament that appears to be leading them toward yet another battle with Brock. The two teams have battled three times already this season, with Brock coming out on top twice, including in the most important meeting — the bi-district championship. Peaster would love nothing more than an opportunity to avenge that loss.

The Lady Warriors bested a 4A team that was ranked No. 6 in the state, the Eagles of Lake Country, in convincing fashion as they continue barreling toward a state title.

Lake Country was a strong team this season but crumpled under the smothering defense of Community Christian. The Warriors apply a full-court press that frustrates and maddens opponents.

Coach Kayla Buchanan has been grooming this team for years and expects them to compete for a state title soon. The school’s athletic director will be surprised if the girls don’t prevail.

“They are solid,” said Brian Rodricks, the athletic director and head coach of the boys team. “Our girls play hard for 32 minutes. That’s all they know. That’s their mantra. They get after it.”

Peaster pummeled a tough Nocona in a quarterfinals game and is ready to take on Brownfield in the regional semifinals.