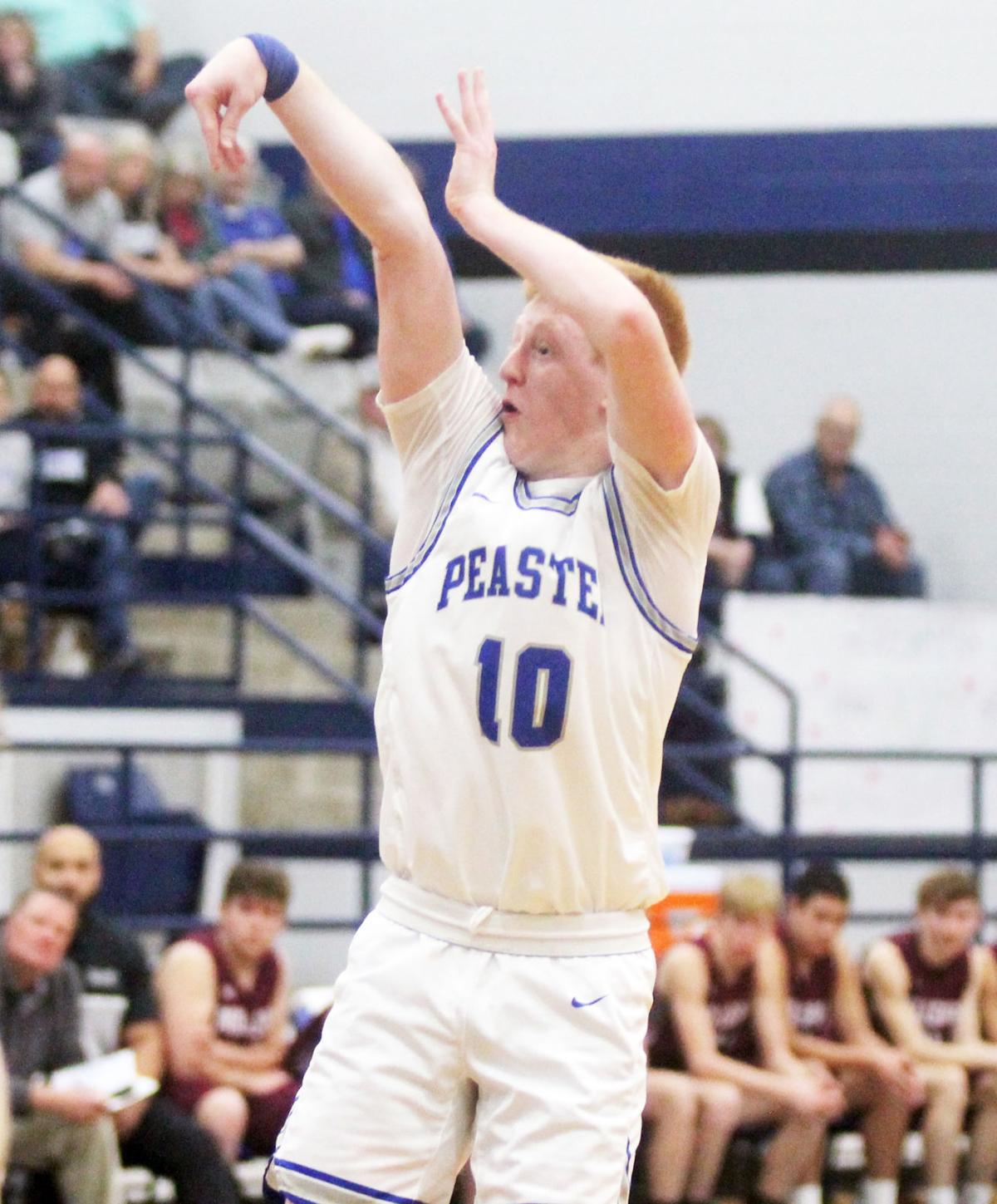 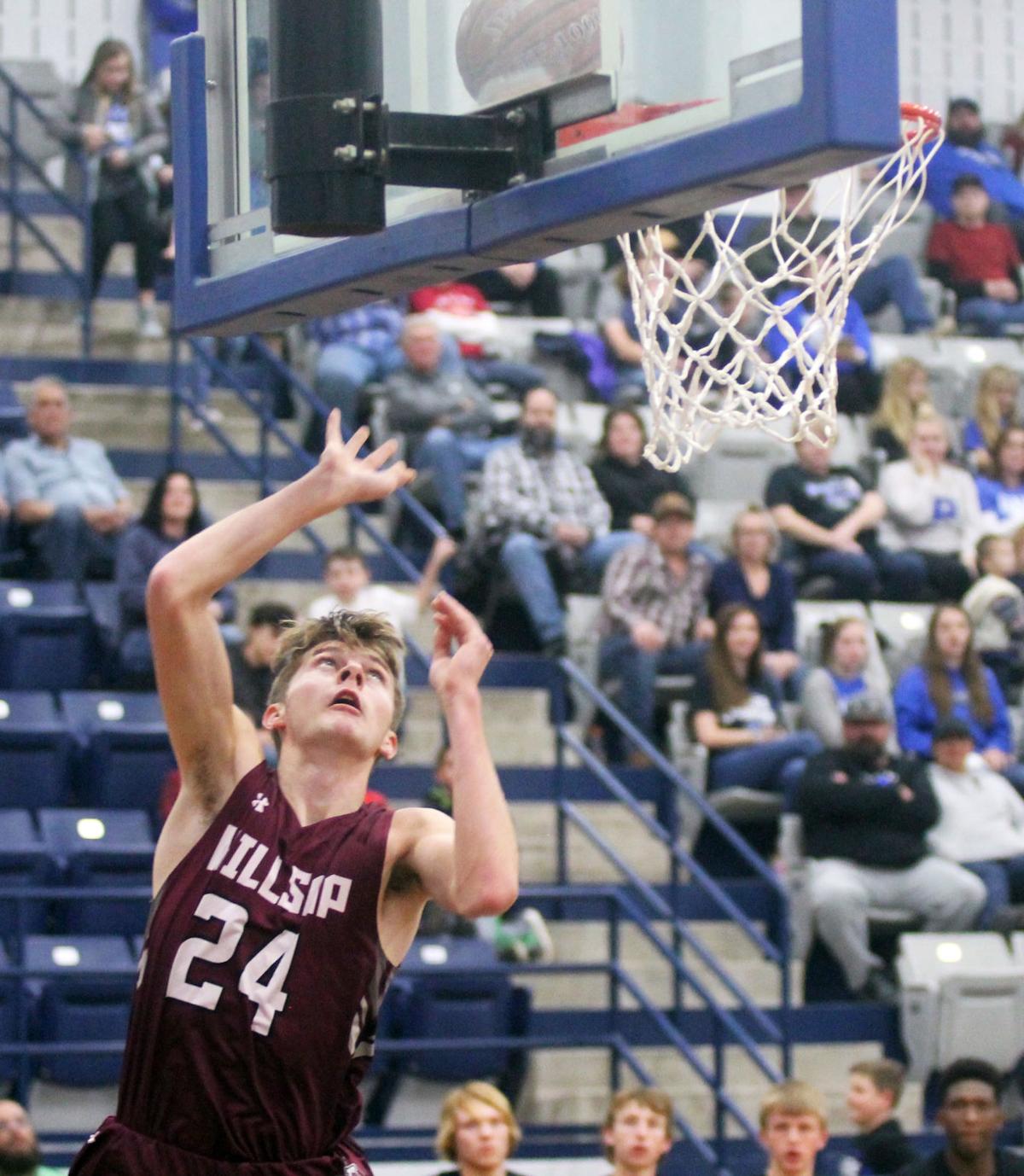 Friday night’s 88-50 win for District 7-3A’s No. 4 state-ranked Peaster Greyhounds over the Millsap Bulldogs does not tell the entire story of a game which was still a single-digit affair at halftime.

Despite the large closing deficit, Millsap came ready to play, rallying from an 18-13 first-quarter hole to take the lead, 22-21 with 4:58 remaining in the second quarter, powered in large part by junior point guard Nathan Sykes, who put up eight of his total 13 points in the frame.

Bulldogs’ Head Coach Reagan Cox praised his team for its fast start, saying it was crucial for helping keep Millsap  in the running Friday.

“I was very proud of the intensity and effort our team displayed in the first half,” Cox said.

“They were determined to keep it close and prove that they could battle it out against a top ranked team.”

With that said, the Bulldogs found themselves facing a one-man wrecking crew over the final two quarters in Peaster junior shooting guard Braxton Bosher, who went off for 31 second-half points en route to a 46-point finish, one which included five three-pointers.

“Braxton gave us a really nice push that we really needed,” Jennings said.

“He was playing extremely well, shooting the ball extremely well. We kind of relied on him, especially in that third quarter. And he needed to step up, because Millsap came in and played a really competitive game.

“I kind of felt we came out on the court and had the big head, thinking if we stepped on the court with Millsap, then we’d just beat them, but that’s not ever the case.

“I think [the Bulldogs] have improved tremendously over the past couple weeks, and it was a hard-fought game for us. It was in no way indicative of what the final score was.”

Both teams benefitted from a large number of contributions in the scoring column, with eight total Greyhounds and seven total Bulldogs cashing in at the basket.

Those efforts contributed to a tightly-contested first half, one which saw Peaster lead by five after one frame and later seven points at the break (36-29).

Cox said his players did well taking advantage of open looks in Peaster, something the squad has struggled with at times this season.

“We were playing very balanced basketball in Peaster,” Cox said.

“Everyone was distributing the ball to one another and we were knocking down the open shots when we had them. That’s something that has been keeping us out of some games this year.

“Everyone trusted each other with the ball and it showed in the game.”

While possessing no shortage of effective shooters from beyond the three-point arc, Peaster found much of its offensive success near the rim versus Millsap, finishing with 27 two-point field goals (compared to six total three-pointers, five of which came from Bosher).

The approach worked well over the final two quarters, as Peaster pulled away, 60-42 at the end of the third before pushing its advantage to 38 points in the final frame to seal the win.

While still sporting an undefeated record in district play (11-0) as postseason competition nears, Peaster must continue to improve each day, Jennings said.

“I’m really happy with where we’re at right now, but I want our guys to get better in practice every day,” Jennings said.

Peaster plays the Paradise Panthers in a district game at 7:30 p.m. tonight on the road.

Millsap hosts the Tolar Rattlers in a district game at 7:30 p.m. tonight.