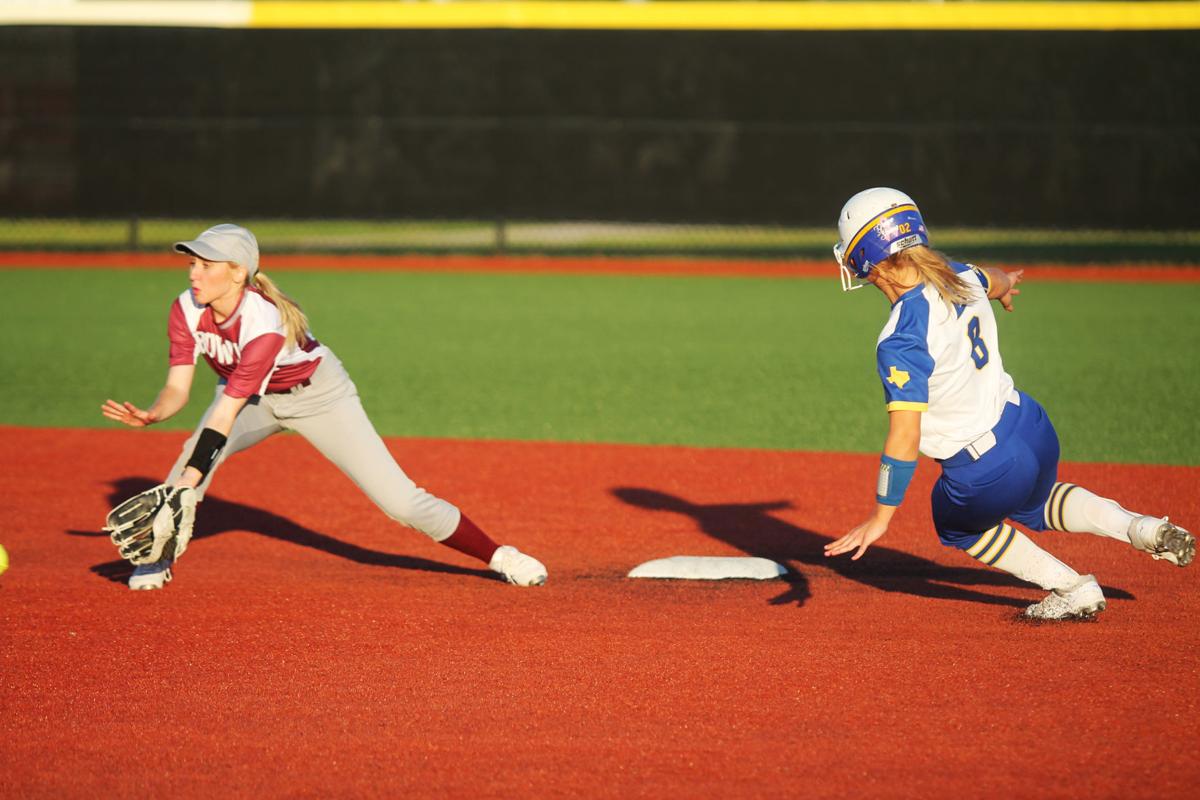 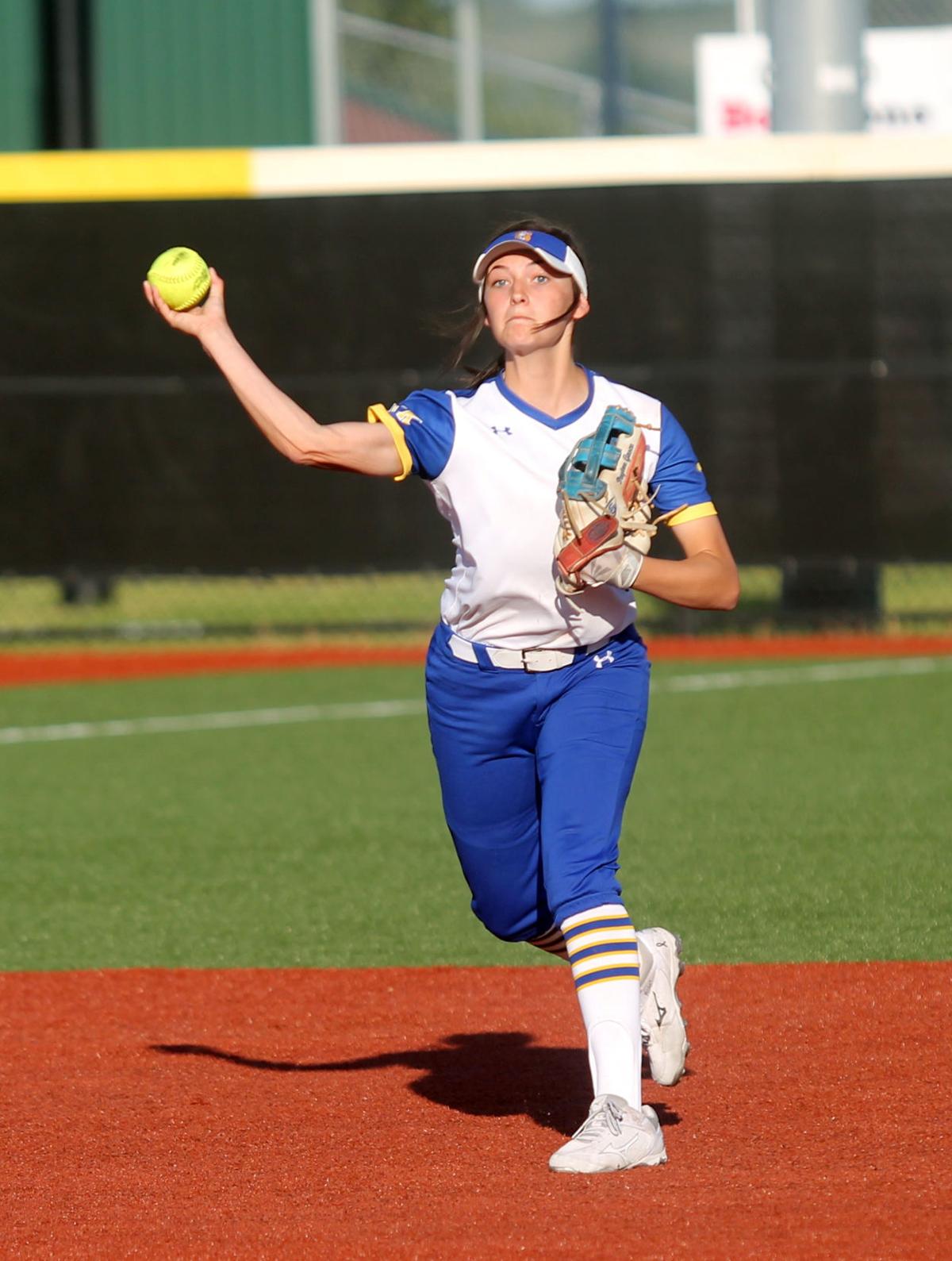 Brock’s Payton Gasca makes a throw to first base for an out in the first inning against Bowie. 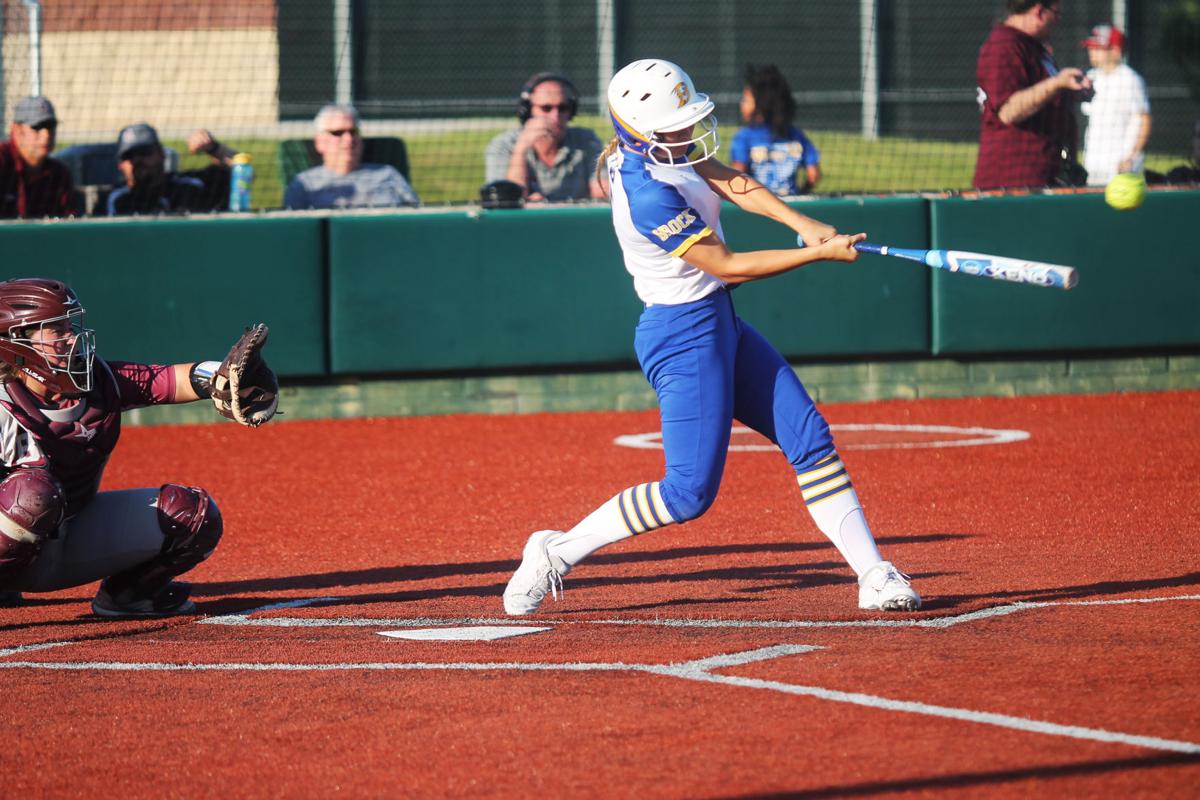 The Lady Eagles did well getting on base Friday, collecting seven hits and four walks. 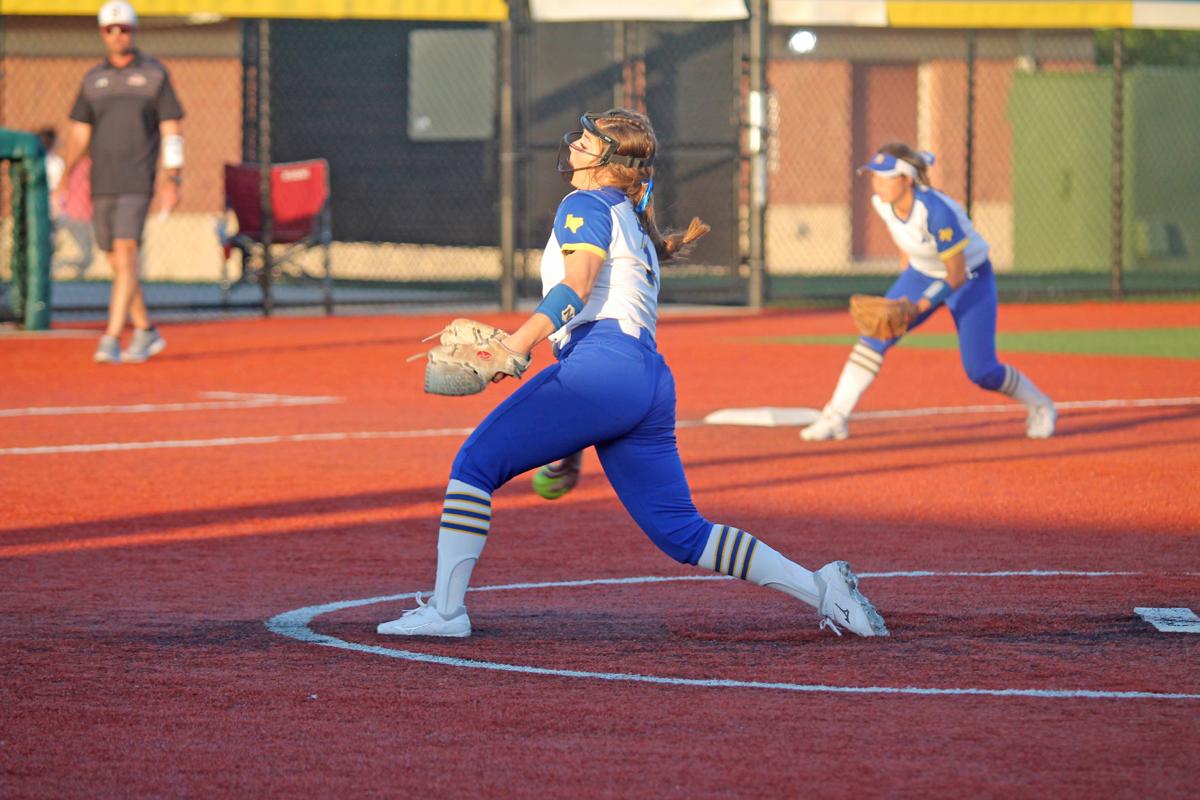 Brock’s Kelsi Tonips lasted the entire game on the mound versus Bowie, earning two strikeouts while allowing only one hit.

Brock’s Payton Gasca makes a throw to first base for an out in the first inning against Bowie.

The Lady Eagles did well getting on base Friday, collecting seven hits and four walks.

Brock’s Kelsi Tonips lasted the entire game on the mound versus Bowie, earning two strikeouts while allowing only one hit.

Lady Eagles’ Head Coach Ryan Starnes said while his team has room for improvement moving forward, he was pleased with Brock’s performance in the first round of postseason play.

“We set the tone [Thursday] in that first inning we felt like, and we kept that momentum going [Friday],” Starnes said.

“We put pressure on [Bowie], made them feel pressure in every inning, and it’s a good time of year to be doing that.

“We weren’t our best, we’ve got to clean some stuff up defensively, but we did some good things.”

After falling behind, 8-0 after two innings in game one, Bowie looked to put together a fast start of its own Friday.

The Lady Jackrabbits initially appeared poised to do exactly that, with the team’s first two batters getting on base thanks to a walk and bunt, respectively.

However, Bowie’s hopes were short-lived, as Brock’s infielders recorded three-straight force plays to end the top of the inning.

From that point on, game two proved all Brock.

Senior Jessica Leek doubled on a fly ball to center field in the bottom of the first, sending two runners home for a 2-0 Lady Eagles’ lead.

An RBI single by junior Kelsi Tonips, steal of home by senior Payton Gasca and RBI groundout by junior Maddie Murley (all in the second inning) extended Brock’s lead to 6-0.

Junior Hailey Blankenship pushed the Lady Eagles’ advantage to 7-0 in the bottom of the third on an RBI single to left field.

As highlighted in those first three innings, Brock’s offense enjoyed contributions throughout its lineup, with the team recording seven hits and four walks.

At one point or another, the Lady Eagles loaded the bases in each of the first three innings, something Starnes said helped keep the Lady Jackrabbits off balance.

“Anytime you’ve got depth to your lineup, it’s hard for a pitcher to relax, and that was the case [Friday,” Starnes said.

“Their pitchers never really got a chance to relax because we had traffic on the bases.”

Brock’s runners took full advantage once on base.

In addition to her second-inning score, Gasca helped bring home another run in the bottom of the fourth, reaching first on a Bowie fielding error before baiting a throw in her direction which saw teammate Trinity Bradshaw score from third base (Brock scored three runs in the inning).

That effectiveness on the bags adds another dimension to Brock’s offense, something that was evident in game two, Starnes said.

“Even in that last inning, they were throwing it around because we’ve got runners taking advantage of some spots.  It was just good base running.

“That’s what you want to do to defenses. It’s a good part of the offense to have clicking right now.”

Tonips got the start on the mound, earning two strikeouts and allowing only one hit in five innings pitched.

Blankenship paced the Lady Eagles’ offense, finishing 2-for-3 with an RBI and two runs scored.

Brock now turns its attention to an area series matchup with the Early Lady Longhorns.