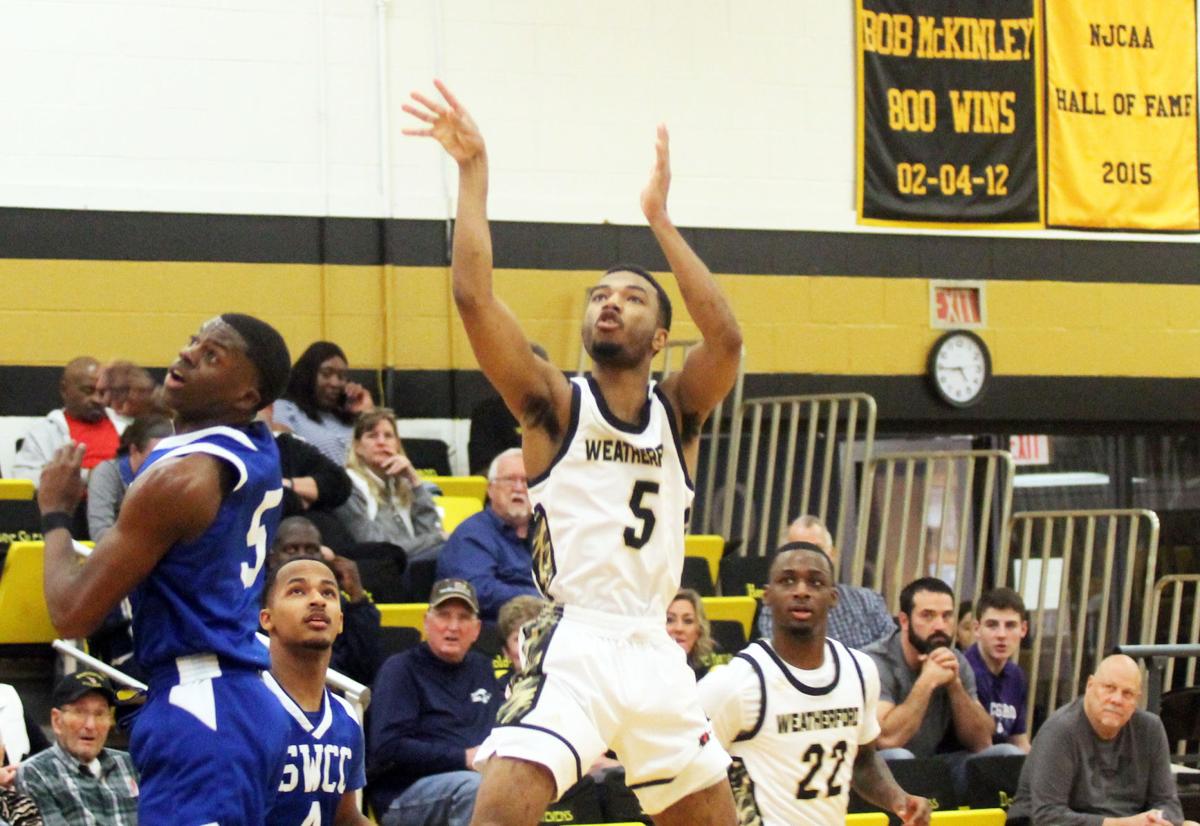 WC sophomore Erik Talton (5) goes up over a SwCC defender for a shot during Saturday’s 92-87 conference win at home. 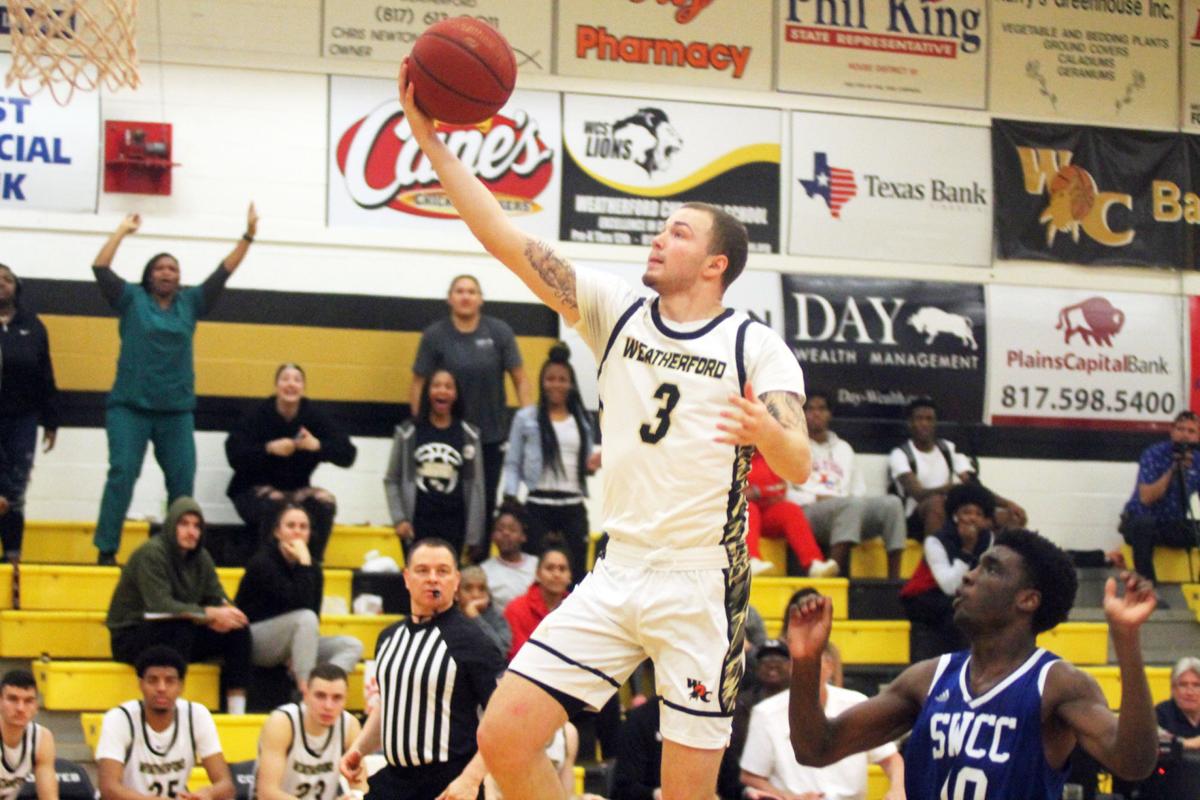 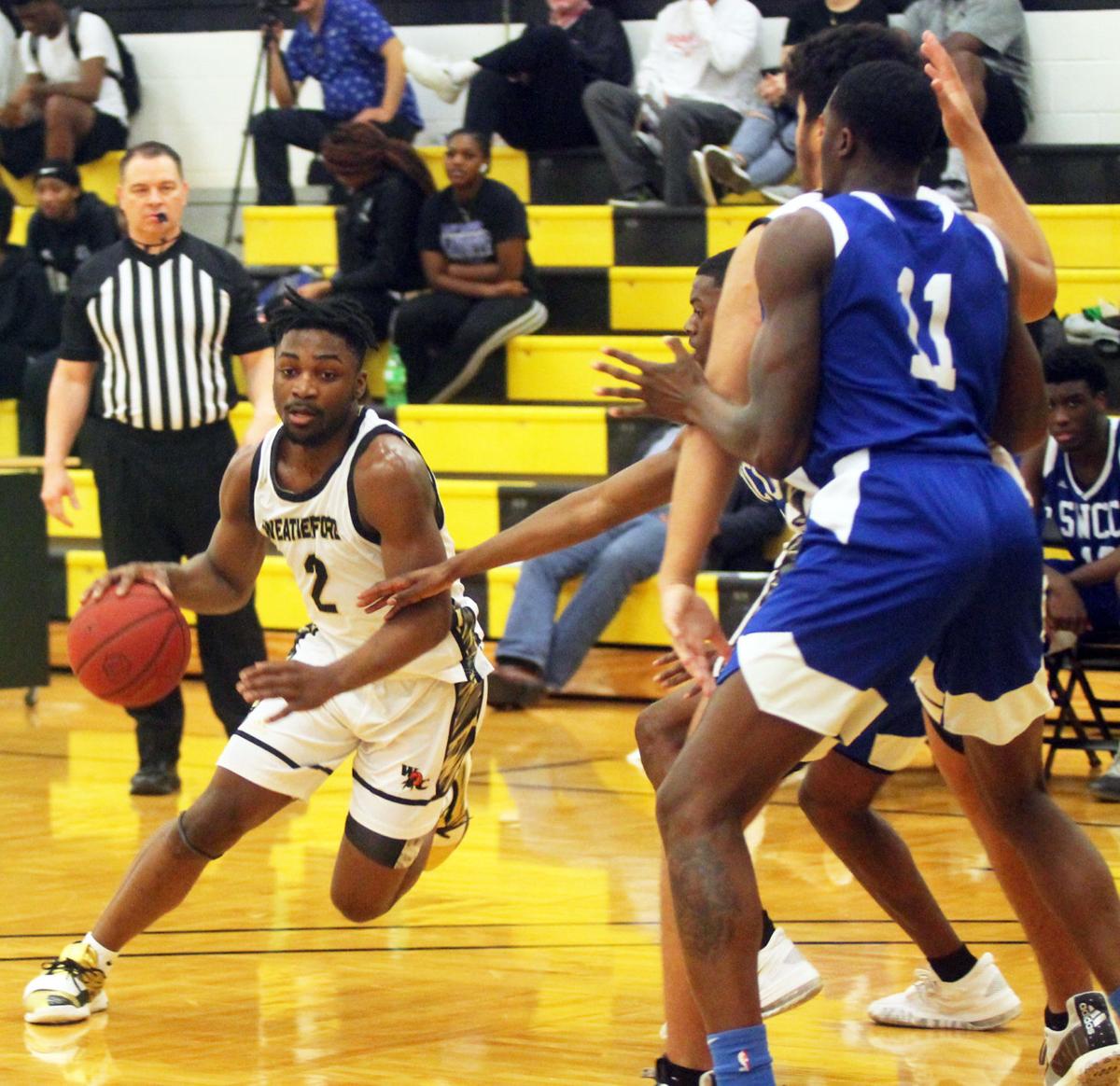 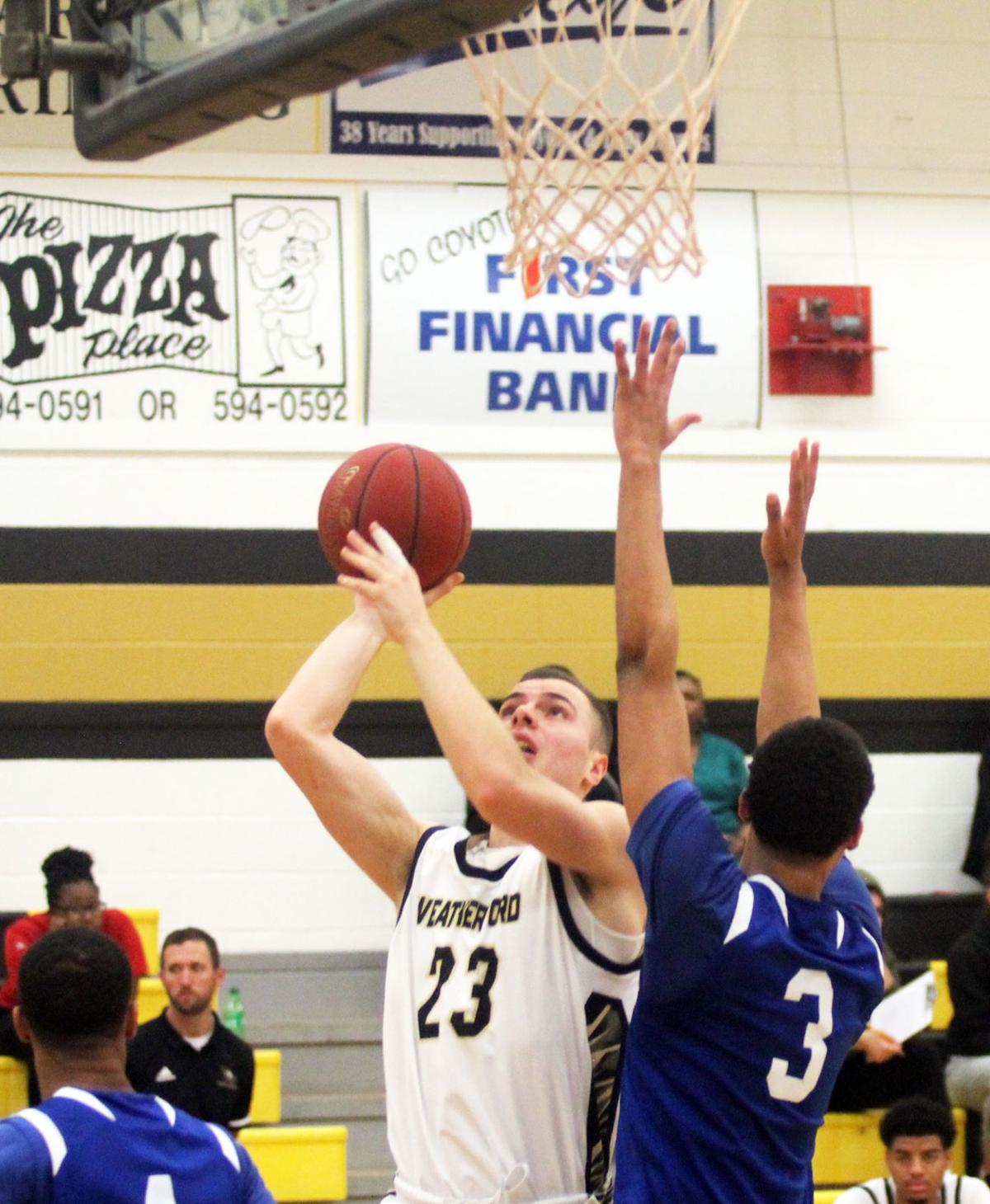 WC sophomore Marko Jovanovic (23) goes up for a contested shot. 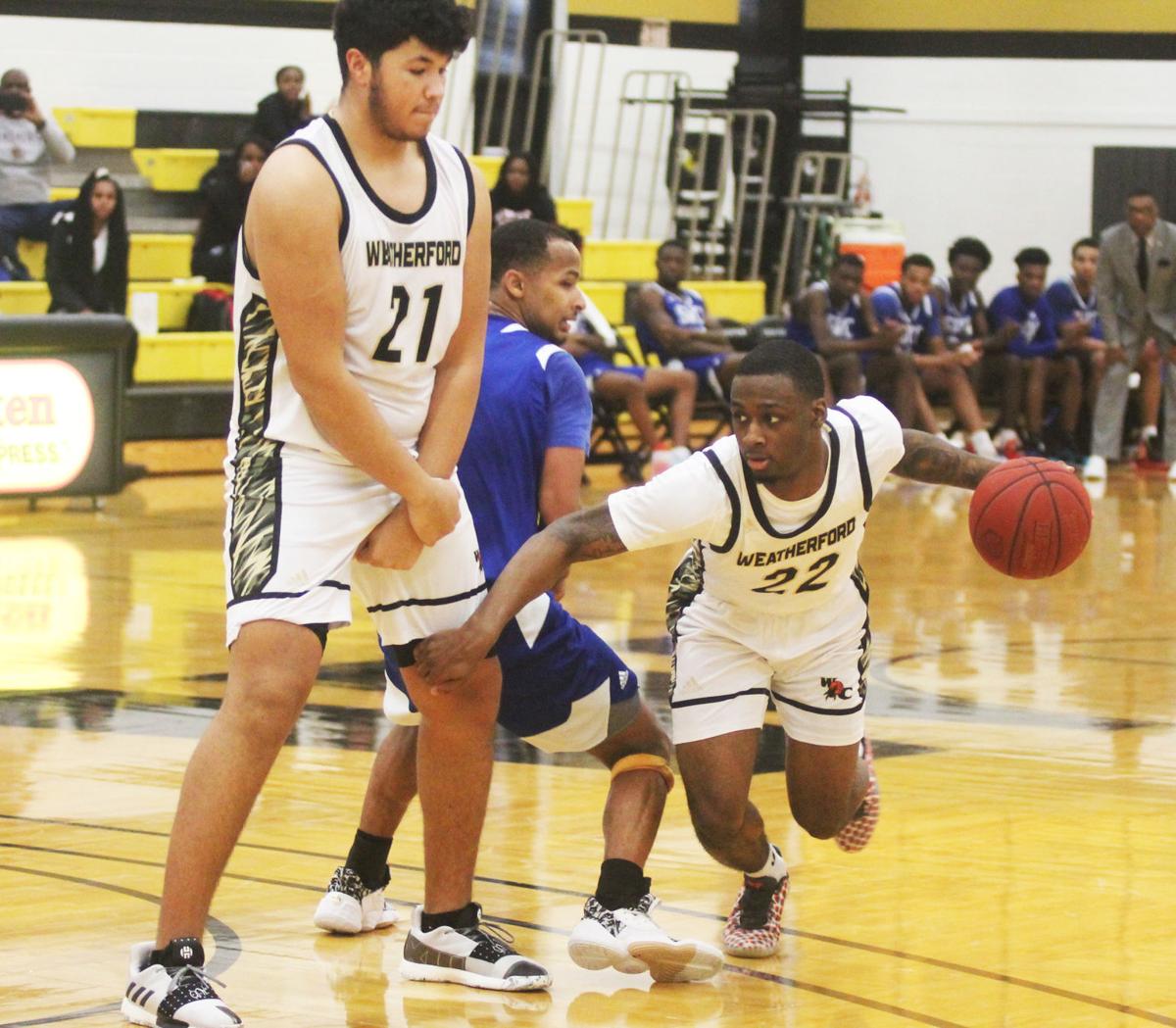 WC sophomore Erik Talton (5) goes up over a SwCC defender for a shot during Saturday’s 92-87 conference win at home.

WC sophomore Marko Jovanovic (23) goes up for a contested shot.

The Weatherford College Coyotes shook free of a tightly-contested North Texas Junior College Athletic Conference home bout versus the Southwestern Christian College Rams in the game’s waning minutes Saturday afternoon, breaking away from a 79-79 tie with four minutes left in regulation with a 13-8 run to close out the contest en route to a 92-87 win.

WC broke a four-game conference skid with the victory, moving to 3-5 in the NTJCAC and 15-9 overall in the process.

Freshman D’Michael Bellfield proved a vital piece to the Coyotes’ win, putting up team highs in both points scored (24) as well as rebounds (seven total).

Coupled with a trio of additional double-digit point performances from teammates Antron Washington (17 points), Erik Talton (15 points) and Marko Jovanovic (10 points), WC matched SwCC shot for shot in the first half, leading 48-47 at the break, before the squad’s late second-half charge sealed the win.

WC will look to pull within one game of .500 in conference play when the team hosts the Temple College Leopards in a NTJCAC game at 4 p.m. Saturday.