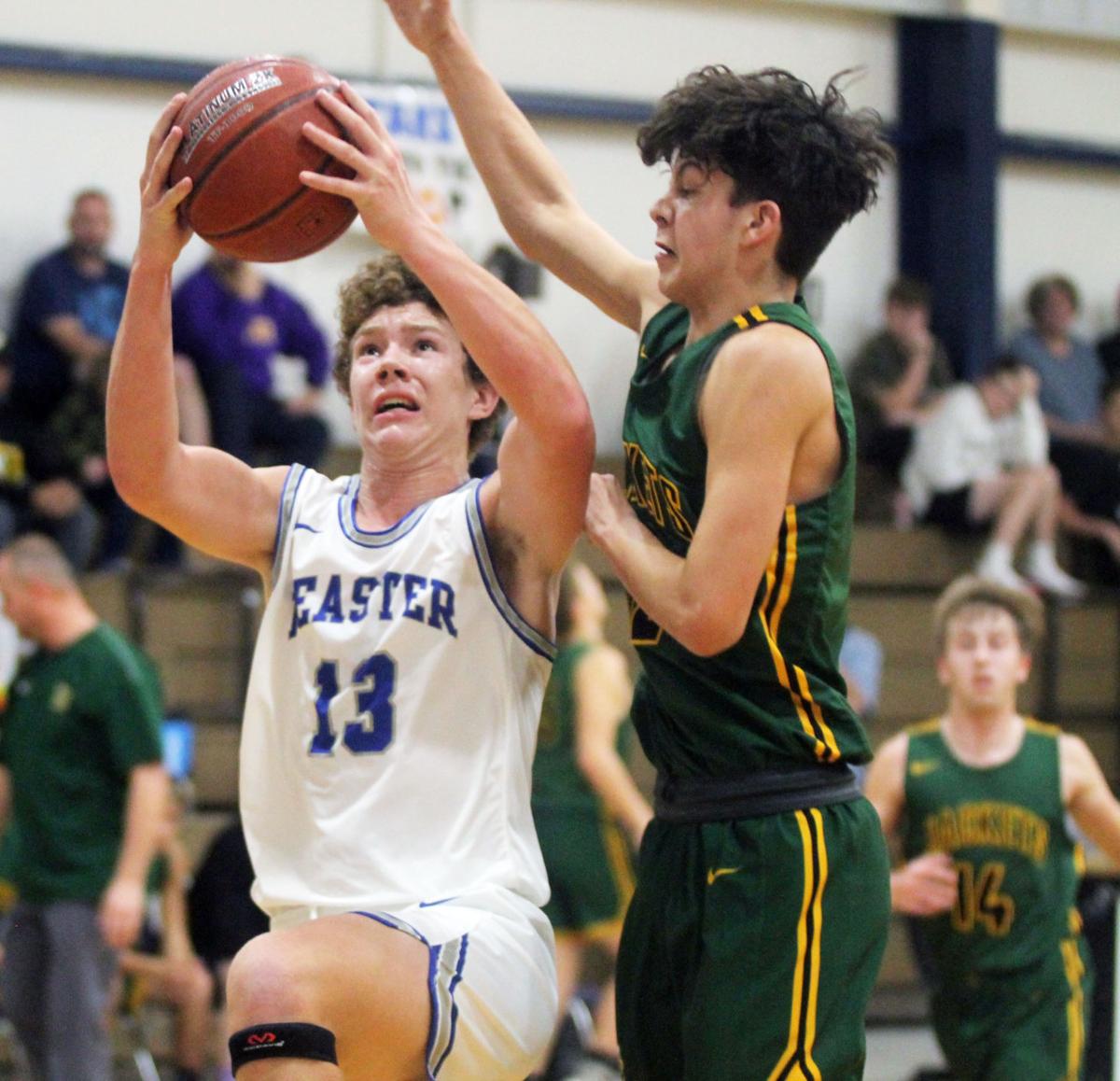 Peaster junior power forward Jayden Canafax (13) goes up for a basket in the face of a Boyd defender. Canafax and the Greyhounds defeated the Yellowjackets, 77-27 Friday at home. 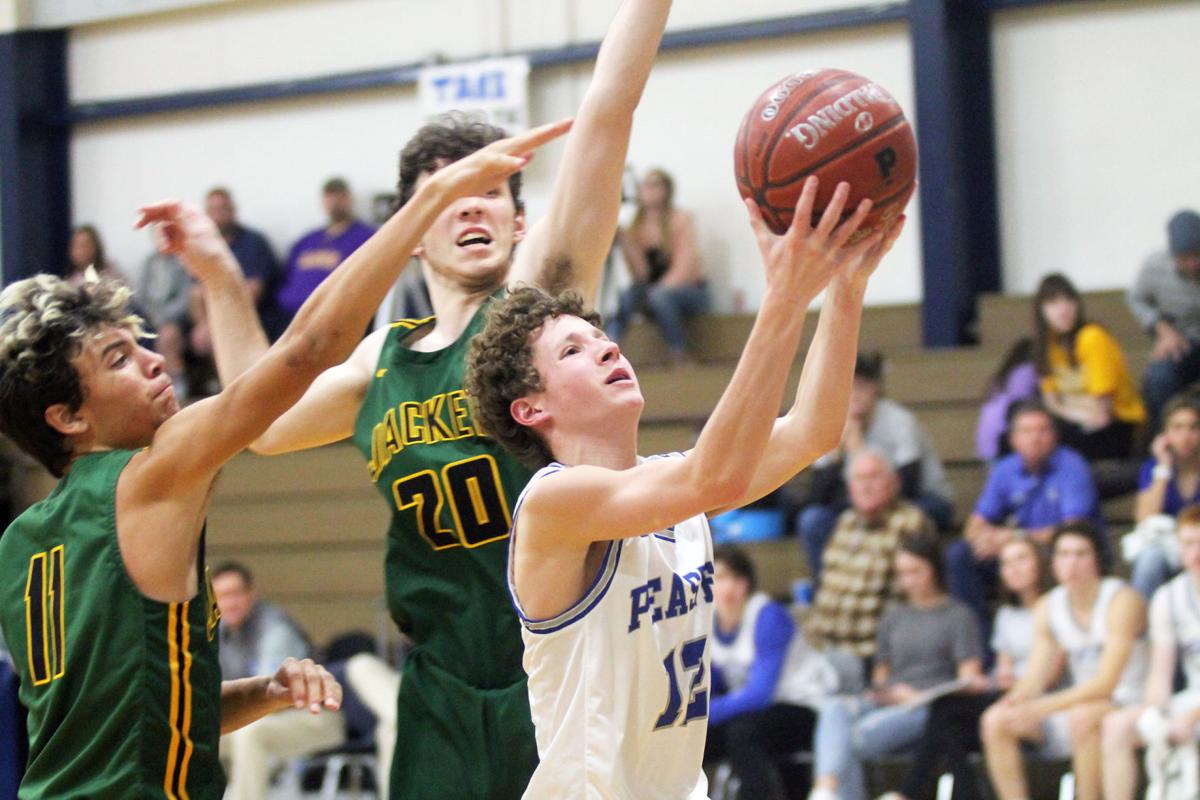 Peaster freshman point guard Hank Morris (12) goes up for a layup in the face of multiple Boyd defenders. 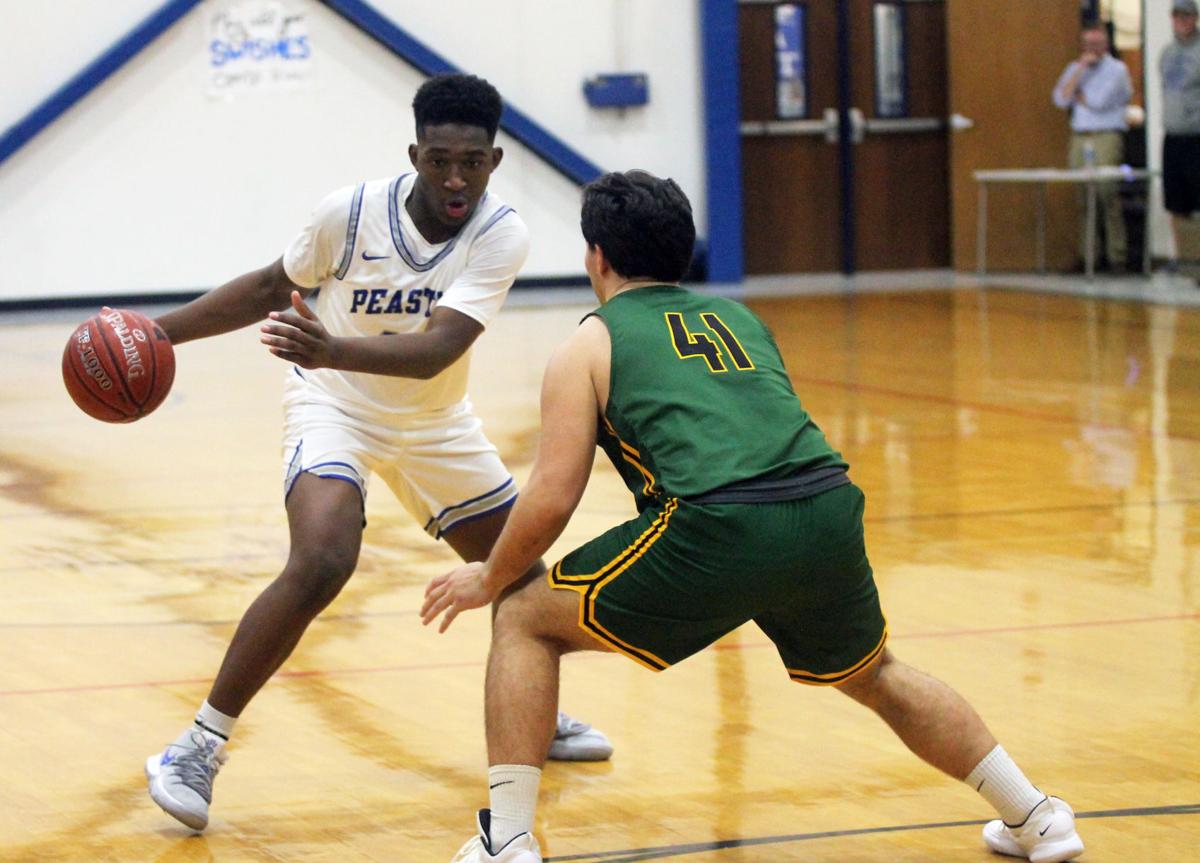 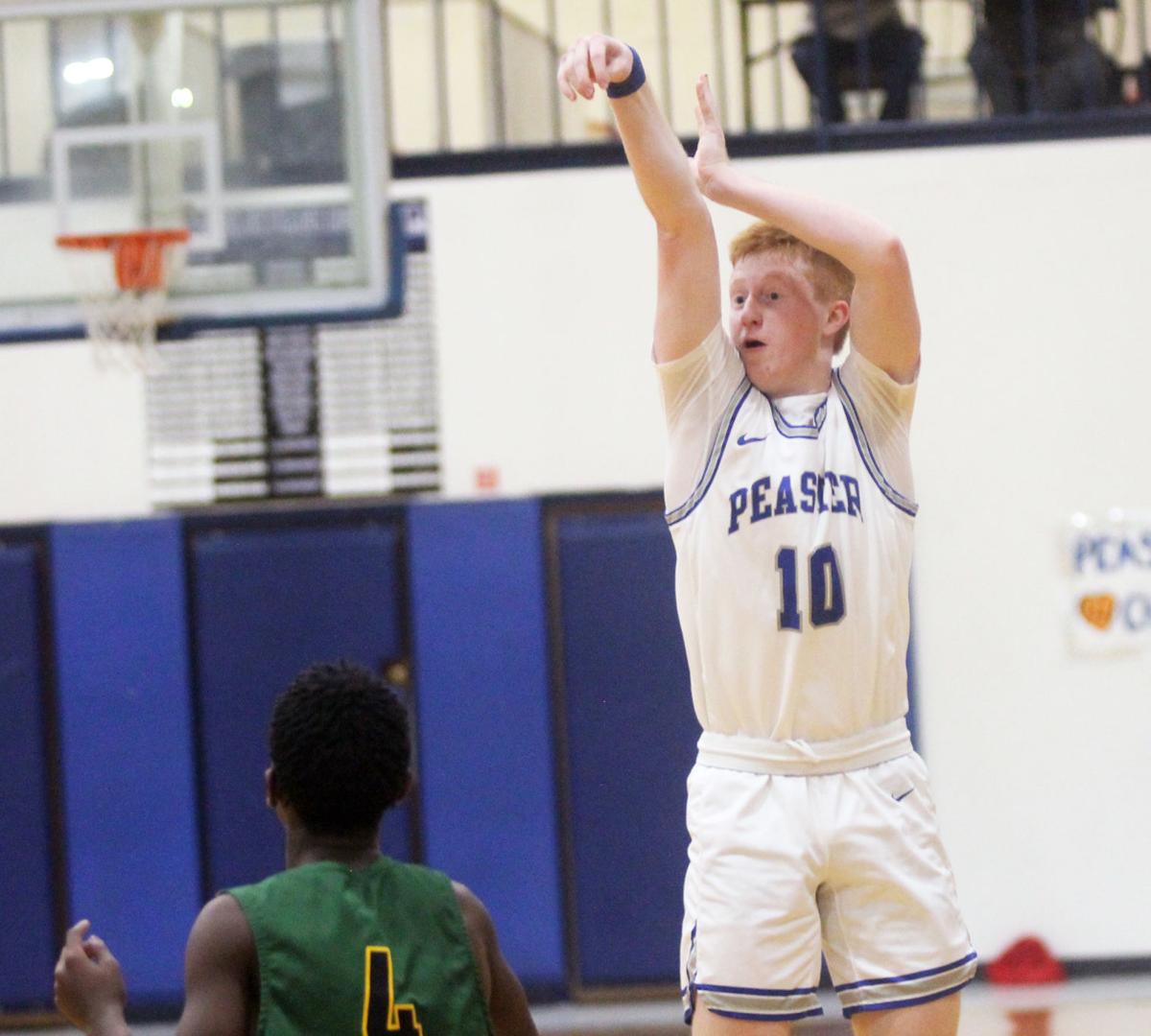 Peaster junior power forward Jayden Canafax (13) goes up for a basket in the face of a Boyd defender. Canafax and the Greyhounds defeated the Yellowjackets, 77-27 Friday at home.

Peaster freshman point guard Hank Morris (12) goes up for a layup in the face of multiple Boyd defenders.

The Peaster Greyhounds pushed their District 7-3A record to 3-0 Friday night at home, throttling the Boyd Yellowjackets, 77-27 behind a swarming defense which held the latter off the scoreboard completely through the game’s first five minutes as well as the entire fourth quarter.

Making excellent use of double teams and a full court press, Peaster did not allow any Boyd player more than seven points on the night.

Greyhounds’ Head Coach Bubba Jennings said that kind of defensive effort is crucial, especially when considering that the team’s offense is not always going to be firing on all cylinders.

“We came out with great intensity [against Boyd],” Jennings said.

“That was kind of our plan coming out. We’ve been working really hard on our defense, and that was one of our goals coming into this year: be better defensively, because your offense is gonna be there some nights, and it’s not gonna be there other nights, but your defensive intensity should be there every night.

“And I’ve been really happy with these kids and the defensive intensity they’ve shown in games.”

Speed proved another crucial element to Peaster’s game Friday, as the Greyhounds consistently swarmed to the opposing ball handler while making great use of ample ball movement on the offensive end.

Jennings said that same speed is one of the team’s most dangerous assets, noting that when the Greyhounds are all working well and playing fast in unison, it is difficult for opposing squads to keep up.

“That’s when we’re at our best, when we’re playing fast,” Jennings said.

“We can put five guys out there on the court who are really athletic and really skilled. And when we’re driving and moving the ball, sharing the ball, that’s when we’re at our best. We’ve got some good three-point shooters, we’ve got some guys who can really drive it, so when you put all those things together, and we’re hitting the threes, driving the ball, it makes us really tough to play against.”

Peaster went up big early, taking a 27-8 lead after one quarter, with junior shooting guard Braxton Bosher leading the way with 10 points in the frame.

By halftime, the Greyhounds had pushed their advantage to 35 points (52-17).

With the lead securely in hand, Peaster rotated its lineup out on the court, giving many of the team’s role players ample minutes in the second half, as the team outscored Boyd, 12-10 in the third quarter for a 64-27 lead.

Jennings said the opportunity to play so many of his guys in games like Friday’s stands to greatly benefit the team as postseason play slowly approaches.

“One of the good things about our starters getting the lead for us is, you’re able to put your, we call it the blue team, in there and they can get some development,” Jennings said.

“We’ve got two freshmen on that blue team, they don’t have much varsity experience, and so they can develop as varsity players. It’s always a little different when you move up to different levels in basketball or any sport.  The game becomes a little different. You might have dominated at one level, but you’ve gotta get used to playing a different way at another level.

“And I think that’s been good for some of our players.”

Much like the game’s start, Peaster’s defense proved the headliner in the fourth quarter, as the home team shut out Boyd,  13-0 in the frame for the 77-27 win.

Eight different Greyhounds found their way into the points column in total, led by Bosher who dropped 32 points on the Yellowjackets, including six three-pointers.

Peaster plays the Millsap Bulldogs in a district game at 7:30 p.m. Tuesday on the road.