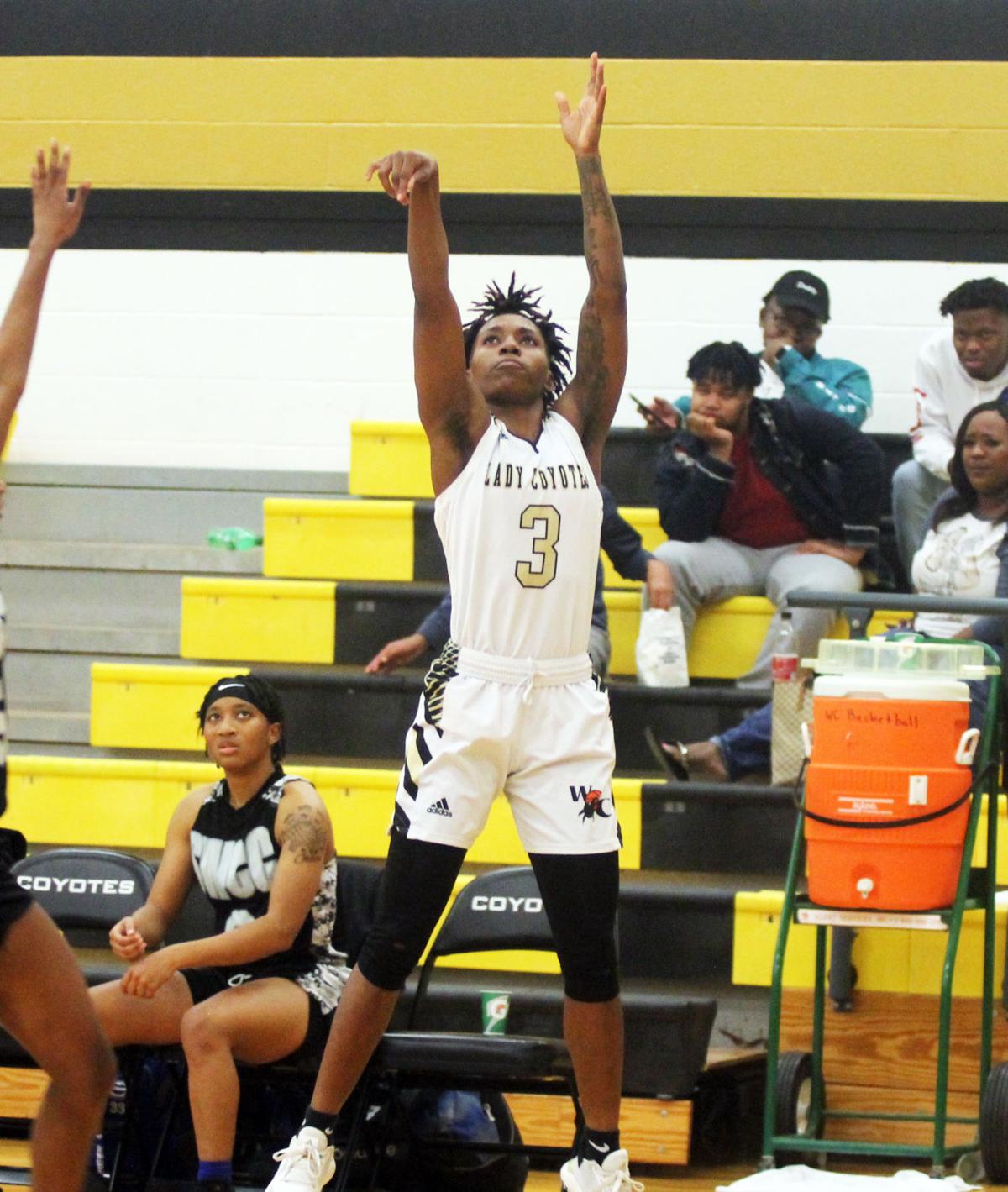 WC’s Destiny McAfee (3) finished with a team-high 27 points versus the SwCC Lady Rams. 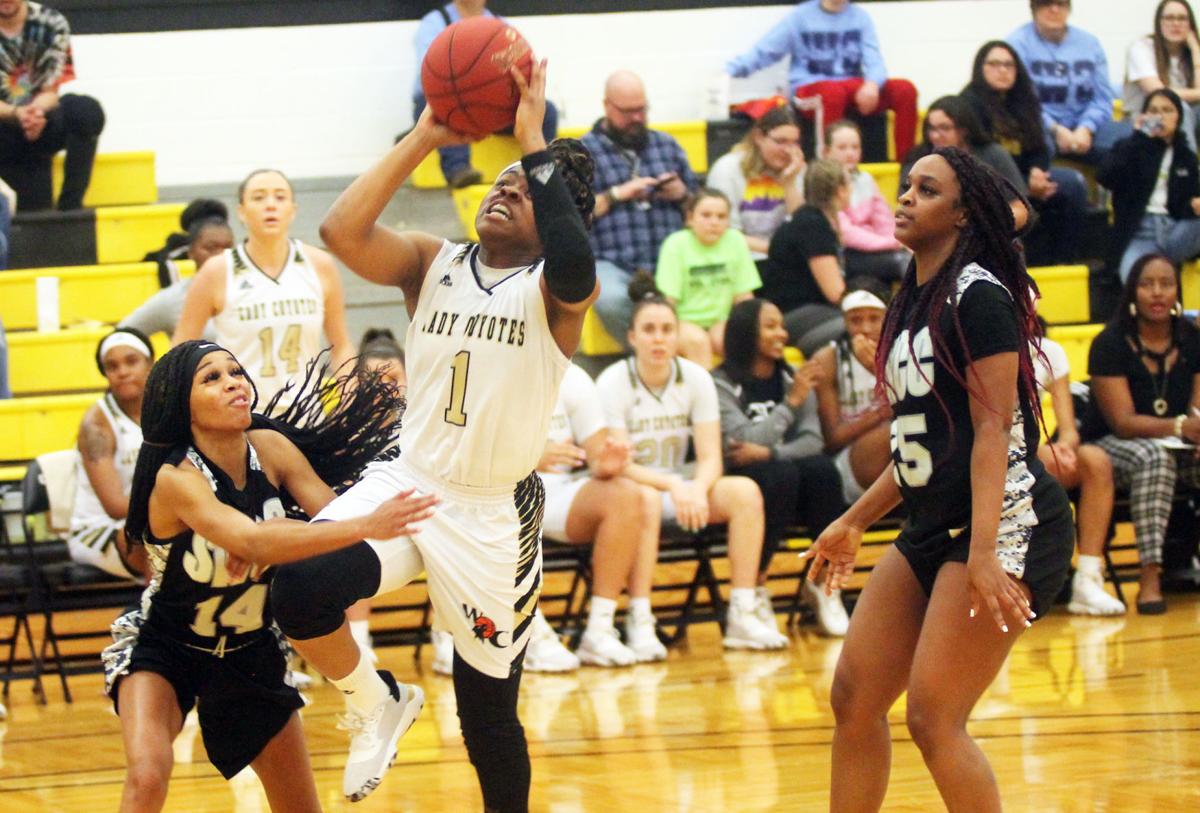 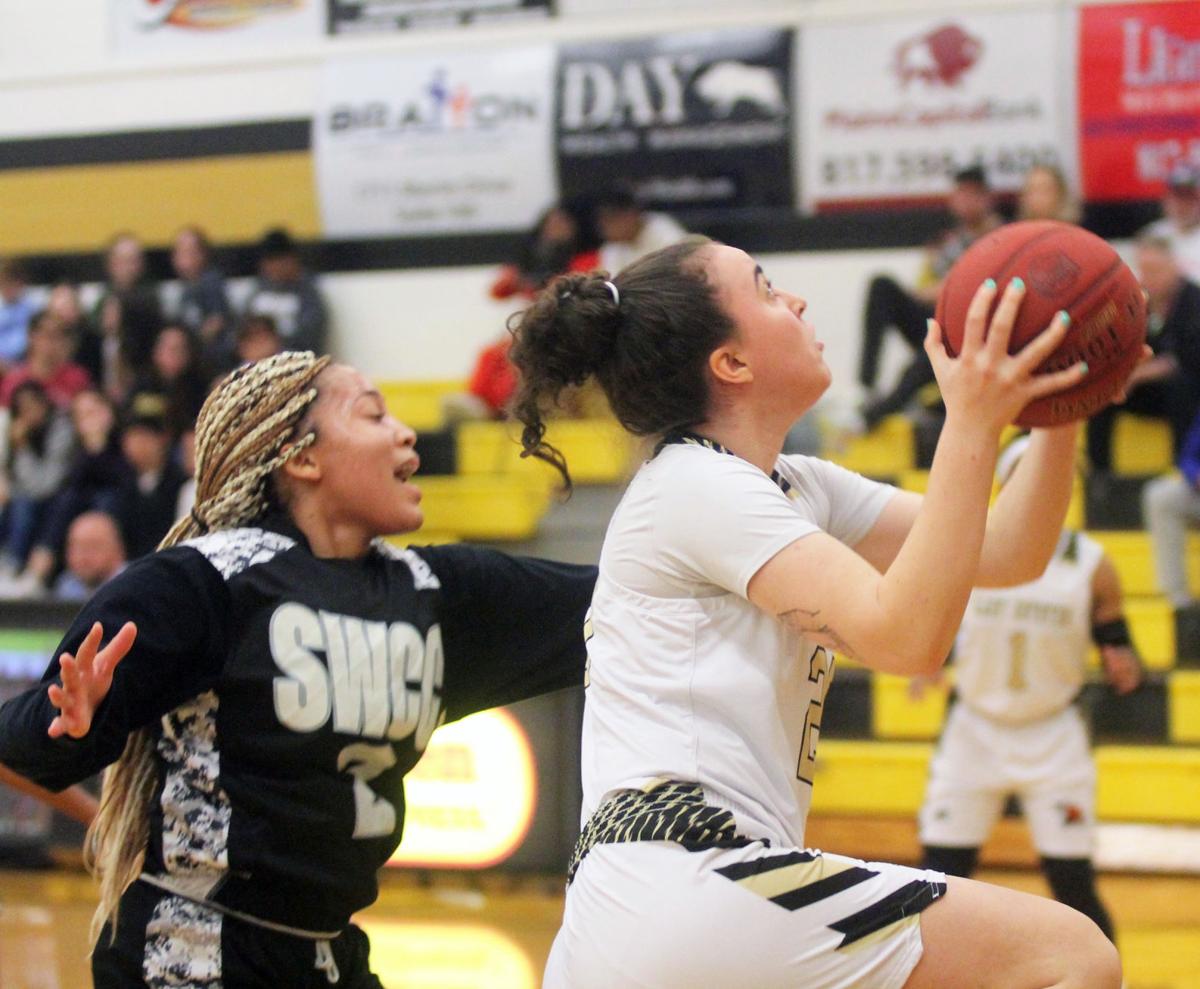 WC’s Marina Marti-Colomer, right, drives past a SwCC defender and to the basket for a layup. 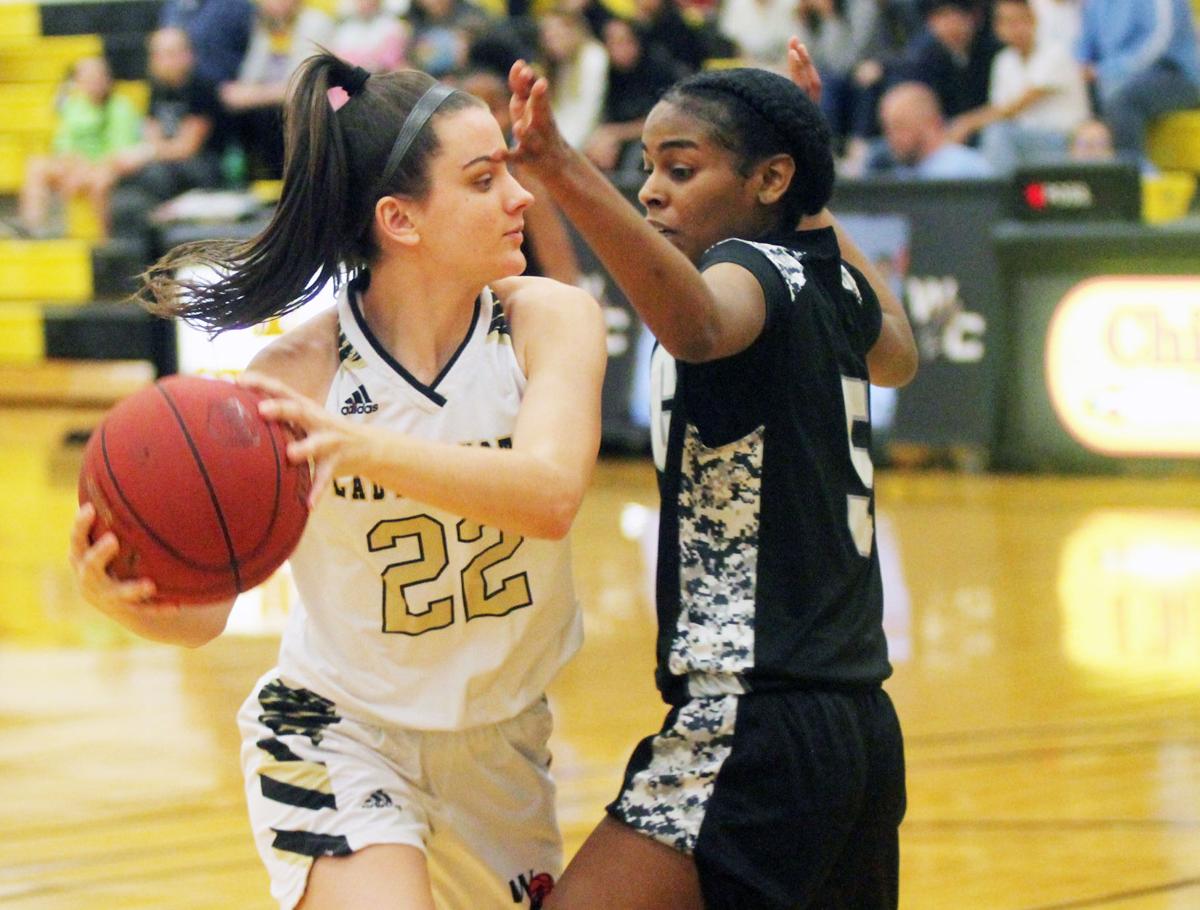 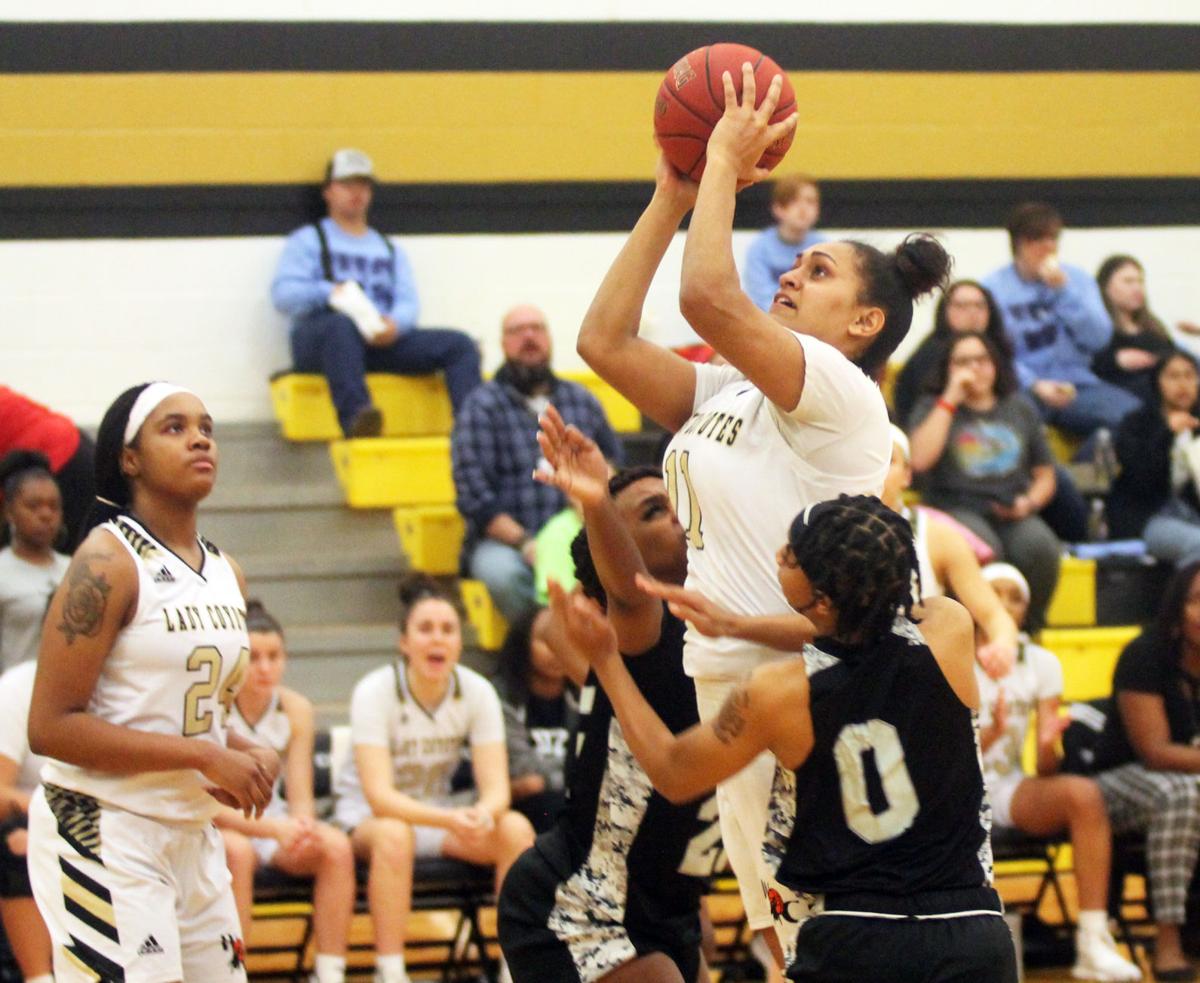 WC’s Destiny McAfee (3) finished with a team-high 27 points versus the SwCC Lady Rams.

WC’s Marina Marti-Colomer, right, drives past a SwCC defender and to the basket for a layup.

Bolstered by an efficient shooting performance by sophomore guard Destiny McAfee, who paced all Lady Coyote scorers with 27 points (including 3-of-4 in three-point shooting; 11-of-15 overall in field goals), WC jumped out to a 28-19 lead after one quarter, before SwCC pulled within 11 at halftime after trailing WC only 22-20 in scoring in the second frame.

That momentum was largely crushed early by the Lady Coyotes coming out of the break, as the home team went on a 19-10 third-quarter run to push its lead to 20 points (69-49) heading into the final frame.

While the Lady Rams finally matched the Lady Coyotes’ scoring in a quarter during the fourth, the former’s 21-20 scoring advantage in the frame fell well short of rallying the team past WC, which held on for the double-digit win.

In addition to McAfee’s scoring prowess, the Lady Coyotes benefitted from a strong performance on the boards courtesy of their starters, with McAfee, sophomore guard Anna Jefferson-Polk, sophomore guard Faith Norman, sophomore forward Ashawntae Brown and freshman forward Adela Valkovaj combining for 25 rebounds out of a team total 42.

Even more, freshman center Kay-Hauata Phillips put up 10 points off the bench for WC, claiming the team’s No. 2 spot in scoring, while Brown took the squad’s third-leading scoring spot with 10 points.

The Lady Coyotes host the Temple College Lady Leopards in a conference game at 2 p.m. Saturday.